Moira Barton (played by Natalie J. Robb) arrived in the village in 2009 with her husband John Barton (James Thornton) and their children Adam (Adam Thomas), Holly (Sophie Powles) and Matty (Ash Palmisciano), then Hannah (Grace Cassidy). Emmerdale viewers know little about Moira’s life before the village but that’s all set to change with the arrival of her brother Mackenzie (Lawrence Robb). The newcomer has no idea why the farmer abandoned him and their family but could a teenage pregnancy be to blame?

Moira is fiercely protective of her family in the village and is pleasantly surprised when Mackenzie shows up.

However, the reunion doesn’t get off to a good start and it’s clear Mackenzie is furious with his sister for leaving him when he was young.

Speaking to Express.co.uk and other press, Moira star Natalie teased the real reason the farmer abandoned her family.

She shared: “I really don’t want to ruin it and we’re still in the middle of filming all at the moment so I can just say that it’s very sad. 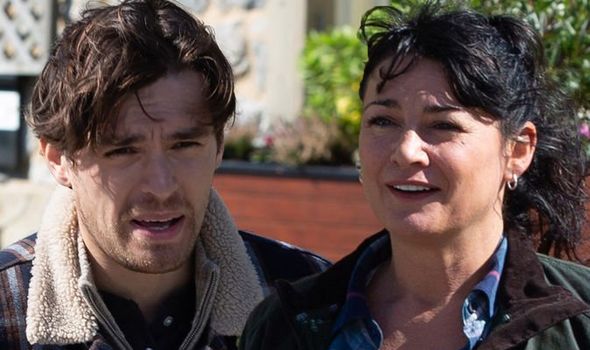 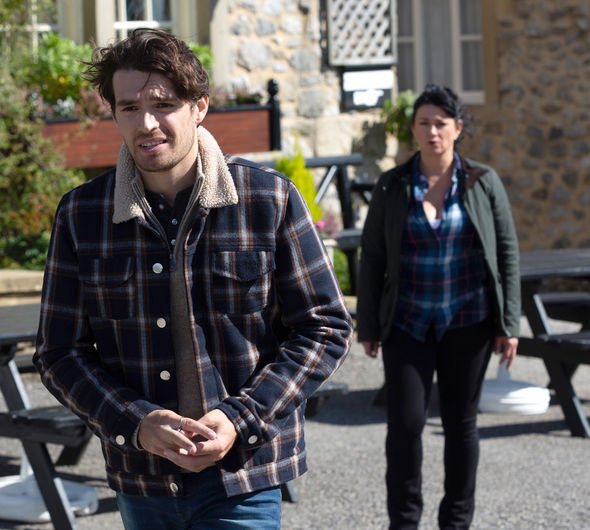 “But there’s a big reason why she’d had to run away, that’s all I can say.

“I don’t think he’s going to want to listen but maybe when the seeds are planted and in time maybe he’ll realise [why she had to leave].”

Natalie explained Mackenzie doesn’t think highly of his sister but that should change when he discovers the truth.

“I think he’ll definitely understand why [she left] when she tells him her side of things,” Natalie continued. 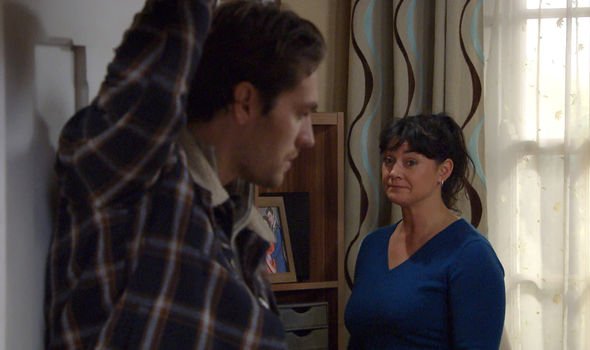 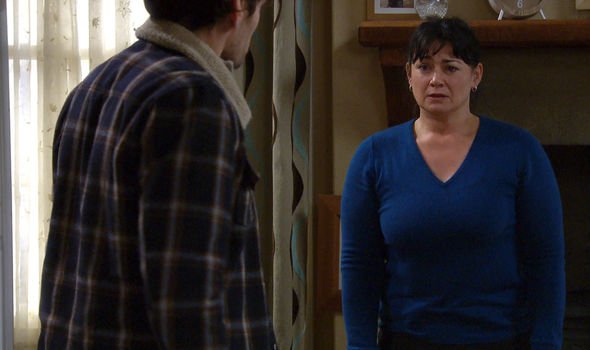 “I think he’ll understand why this is really sad actually but it is quite dark.”

Discussing the arrival of Moira’s brother, she said: “It’s been talked about for quite a while really and it was just knowing when the right time was gonna be but it’s really good.

“It’s always been John, my first husband’s family, and my immediate family that I’ve created and nana Barton but never my mother, my father, my brother and my whatever.

“It’s good because it may explain a lot of why she’s the way she is and perhaps why she’s fiercely protective of her children.”

Could Moira have been given a tragic ultimate when she was a teenager?

The farmer left her family when Mackenzie was young and it’s clear his family tried to turn him against his older sister.

Moira’s protectiveness of her children could have stemmed from being forced to give up a child when she was a teenager.

The Emmerdale favourite would likely have struggled to forgive her parents and left home as soon as she could.

Will Mackenzie finally discover the heartbreaking circumstances surrounding his sister’s decision to turn her back on her family?

Mackenzie arrives in Emmerdale with a huge secret for Moira and the reunion will not be a happy one.

Will the newcomer stand-by his sister when she reveals the truth of their upbringing or will he refuse to believe her?