Victoria Sugden (played by Isabel Hodgins) is having a real tough time lately as she’s pregnant with rapist Lee Posner’s (Kris Mochrie) baby and is now being courted by newcomer Luke, who she met in hospital – is he a danger to the Emmerdale stalwart?

Yesterday’s Emmerdale saw Victoria come face-to-face with newcomer Luke (Max Parker) once again during her visit to the hospital for a routine pregnancy scan.

The scene started with Victoria in the canteen struggling to make a decision about what to get as Luke, who was serving behind the counter interrupted and flirted with her.

“Twice in one year, if that’s not good timing then I don’t know what is. Maybe the universe is trying to tell us something. Not that I’ll recommend the food here again, far too dangerous,” he said.

Later the pair grew closer as Luke listened attentively to a concerned Victoria who found out that her baby is a boy and worries he may turn out like his vile father. 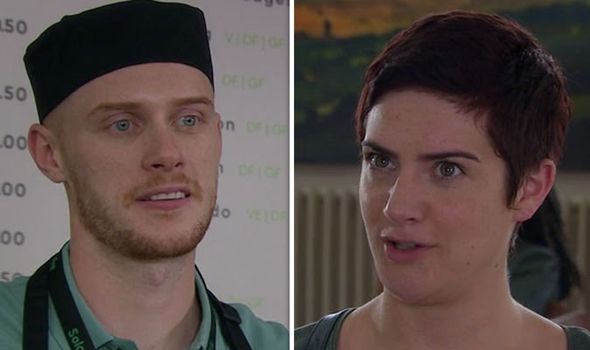 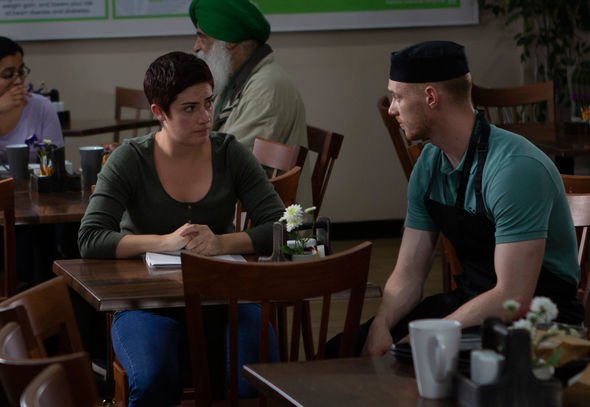 Speculating about Lee’s identity, one viewer wrote on Twitter: “I’m still convinced that mystery bloke in hospital is some relation to Lee the rapist.

“Funny how he turns up when Lee’s mum just happens to stay away.”

Another added: “That bloke one of Lee’s relatives? Explains why he’s being in hospital all afternoon & worming his way into Vic’s life.” 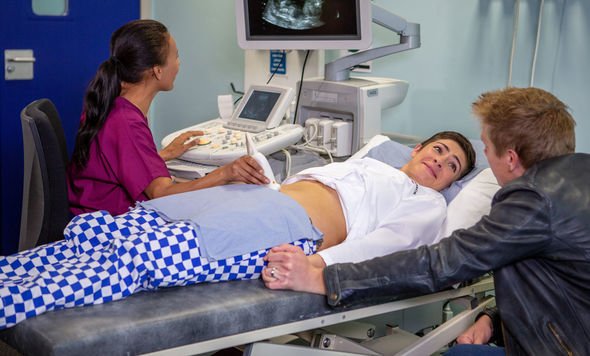 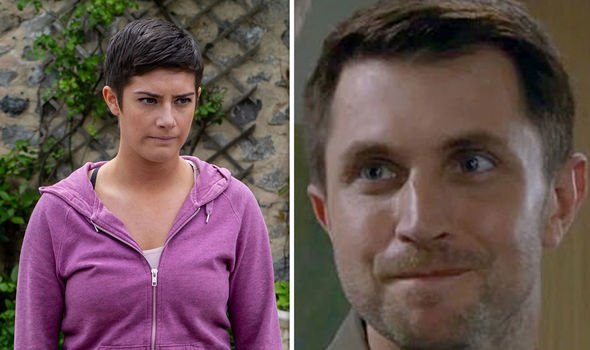 “I don’t know what to think about Victoria’s new friend…,” a third shared.

This isn’t the first time fans have been concerned about Victoria’s run-ins with Luke and are convinced he’s pure evil.

Last month, Victoria bumped into the character in the hospital and they had an awkward altercation.

Luke was flirting with Victoria but she freaked out over the situation considering she was recently raped by Lee.

However, Luke grabbed her to give her purse which she almost left behind, leading her to run off and break down, before realising he was innocent.

Luke’s sudden interest in getting to know Victoria questions his motives. Could mysterious Luke be hiding something more sinister?

It comes as Victoria continues to struggle to come to turns with the situation despite her always wanting to be a mother.

However, her greatest fears right now is that her baby could take after his father and such thought is of no comfort to Victoria considering the horrific ordeal she was put through.

Elsewhere in the Dales, Moira Dingle (Natalie J Robb) has a lot on her plate as her love affair with Nate (Jurrell Carter) is reaching a dangerous point which could have terrible consequences.

The upcoming weeks will uncover the secret affair between the two, leading a very angry Cain Dingle (Jeff Hordley) to take matters into his own hand when he finds out.

The jam-packed episodes will air around October as confirmed by show producer, Kate Brooks.