Emmerdale resident Victoria Sugden (played by Isabel Hodgins) left fans concerned earlier in the week when she expressed her fears over having a baby boy. During tonight’s episode, she seemed to have adjusted to the idea, especially when brother Robert Sugden (Ryan Hawley) dropped by. But during their conversation did he foreshadow his exit and duration of stay away from the Dales?

The actor who plays Robert announced he would be leaving the soap earlier in the year, and in upcoming weeks his final scenes are going to play out.

There has been much speculation over the storyline details which will see him leave, but following a court hearing for causing Grievous Bodily Harm (GBH) with intent on Lee Posner (Kris Mochrie), it is safe to say the possibility of him being sent to jail is likely.

However, fans needn’t worry about Robert being gone for too long because during a scene in tonight’s instalment, he teased a return. 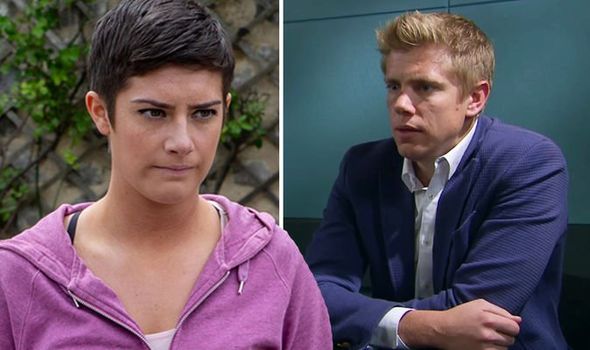 “What’s all this?” Victoria remarked astounded by the sheer volume of items.

“This, my darling sister, is the tip of an iceberg,” Robert remarked jovially.

“Everything a baby could ever need,” Aaron interjected and then lent over to hand her a few items.

“And plenty of pampering stuff for you, too,” Robert continued. 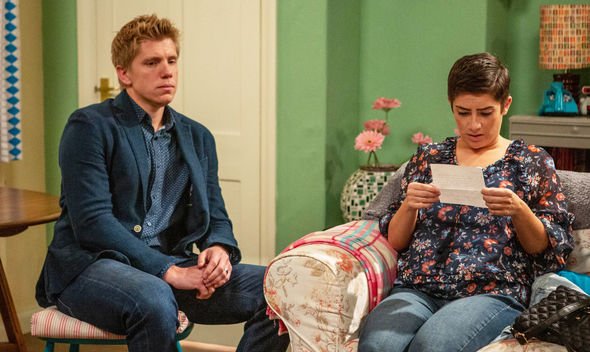 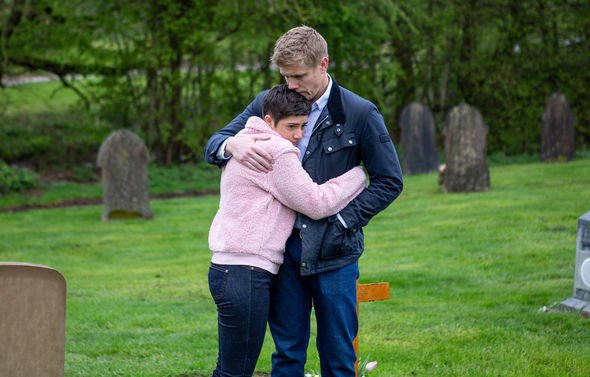 Appearing from behind Victoria, Diane Sugden (Elizabeth Estensen) said: “How can you afford it all?”

“Consider it Christmases and Birthdays while I’m away,” Robert remarked.

But Victoria was adamant and argued back: “No, I told you I didn’t want your money.”

Looking around at all the items in front of her, Victoria panicked: “You haven’t done anything stupid have you? You’re in enough trouble as it is.”

“My conscience is clear,” her brother explained.”Well, clearer than Aaron’s anyway!

“Look, I’m not going to be the most hands-on uncle for a while, but I’ll help in anyway I can.

By Robert saying “for a while,” it seems he isn’t going to spend too long behind bars.

Was this his way of suggesting he will definitely be back in the future to help Victoria with the baby?

Meanwhile, has Robert made a big decision over his son Seb’s future?

He has currently been absent from screens due to living up north with his mother Rebecca White (Emily Head), but there is a possibility Aaron could play a new role in Seb’s life.