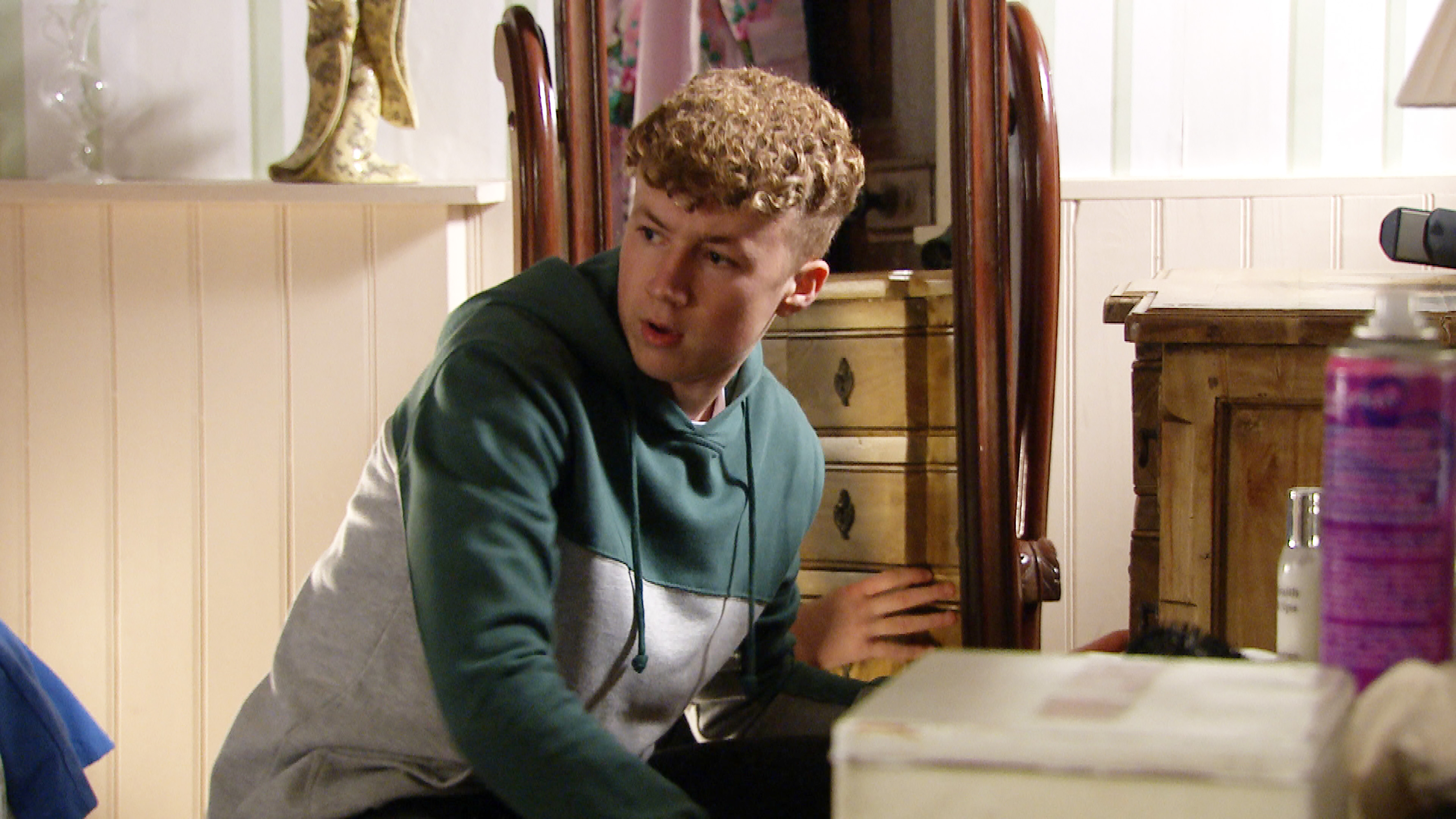 There is never an excuse for the behaviour exhibited by entitled and sinister youngster Noah Dingle (Jack Downham).

For over a year, the unsettling nature of the troubled Emmerdale character has troubled fans. Caught rummaging through the underwear of Gabby Thomas (Rosie Bentham) and instantly becoming a suspect of sexually assaulting Liv Flaherty (Isobel Steele).

At that point, when he was bullied for his, at the time seemingly embarrassing crush on Gabby and then falsely assumed to be a sex offender, we could have some serious sympathy for him.

Boundary issues and naivety were at play in Noah but there was no getting away from the fact there was something even more off about him.

With him since finding affection for Chloe (Jessie Elland) which quickly became a terrifying obsession, his actions have shown how much further his invulnerability complex has developed.

Incel-like, Noah believes that his behaviour is justified and he is owed a girlfriend and sex from her. His mindset tells him that he is right and everyone else is wrong; she must love him, she just doesn’t see it yet or is denying it.

In his twisted world, he is doing no wrong and is just pushing and pushing for what he believes he deserves and what he has got his narcissistic mind to believe she wants too.

The absolute characteristics of a dangerous sex offenders. From setting up drones and putting trackers on her phone to ensuring that he causes heartache and is there for her when she needs a shoulder; Noah is controlling every aspect of her life to his advantage.

And it isn’t just Chloe who is caught up as a victim in this; Noah was prepared to sexually assault Amelia Spencer (Daisy Campbell) to make Chloe jealous. Manipulating Amelia’s crush on him, Noah got her drunk and intended to have sex with her, thinking that this would make Chloe fall at his feet.

Noah is every inch the toxic male that he has been brought up around. Men who are so self assured and believe that everything they want is in their grasp. Men who have no problem with hurting women or using them to their own gains.

Is it any wonder that Noah has turned out the way he has? No, not at all. Does this mean that Emmerdale can and should redeem him? Well, no as well.

There is an argument that there is a way back long term for offenders of Noah’s ilk; ones who have acknowledged their behaviour and have confronted their actions and the trauma which has formed their psyche.

I believe firmly in rehabilitation but this kind of thing takes years and no amount of ‘I’m sorry, I have had a bad upbringing’ can put a plaster on stalking, sexual assault and holding hostages.

As far as Chloe is concerned, Noah cornering her in a cottage, after she has found out he has cameras set up in her bedroom, leaves her in serious danger of being raped.

Would Noah have gone that far? Who knows; but Chloe would be a million per cent justified in assuming that as would anyone knowing the situation – including viewers.

It would be simply unpalatable for viewers to be expected to forget this and for Noah to be brushed off as a troubled lad who pushed the boundaries too far.

For any kind of believable redemption, Noah would have to have a long term journey on screen – forming years – to get to the place where he can justifiably move on.

Soaps don’t have the capacity to do this as fans can’t be expected to invest in such a journey.

But at the same time; Noah’s upbringing and the behaviours he has been around are a factor in what is playing out now.

In many sexist corners of the world, blame would instantly be shot Charity’s way; the chaotic mother who has let her son down on many occasions.

Sure, this won’t have helped but a lot of these situations were formed of how Charity has been treated by men.

But Noah is a dangerous young male and he has had dangerous men around him since he was born. His father is the arrogant Chris Tate, who, like Noah, had a complex of invulnerability.

Using his wealth to his gain, he believed that he had ultimate control over women and his disparaging actions and control over them was central to his character.

Not a great start for Noah – his dad was the epitome of male privilege and entitlement over women.

It’s not just Chris – Joe was equally as arrogant and his whole arrival was based on manipulating Debbie to make Charity suffer. Absolutely no different to Noah doing the same thing with Amelia and Chloe.

Of course, there is then Cain Dingle – a man of misogyny and horrific behaviours of women, not least of all girls who were vulnerable.

Not only did Amy fall pregnant to him at the age of 16, only for him to aggressively shame her and dismiss her, but he sexually assaulted the 15-year-old daughter of his secret lover Angie – just to get under her skin.

Cocky and unrepentant, Cain appeared to revel in the chaos he caused as a result.

Having these characters shape the way he is was damaging enough but hearing the truth about Charity’s past at the hands of rapist DI Bails will have impacted Noah massively too.

Ingrained with feelings of anger, judgement of girls and women and a world of sexual abuses and misbehaviours, Noah’s toxicity comes from very dark places.

A perfect storm has shaped him and so it is understandable that he is here now. But this is a different level of understanding; an understanding of the triggers but not the actions.

The story is an interesting one and one that is rooted in the development of Noah’s young life and the abuses from men which have shaped it.

But his decisions towards his stalking of Chloe were still his own and we have seen on many occasions that Noah fundamentally knows right from wrong.

It’s not enough to acknowledge that life has done Noah the dirty and messed him up; the fact is we are now with a character who can’t just reasonably go back to village life.

Noah is tarred with the brush of being an abuser and a sexual deviant; a boy with such dangerous entitlement that it would not be believable for him to shake off.

‘I was wrong, let’s move on,’ won’t cut it and so for fans, it would be too much to swallow to quickly integrate him back and it would be a disservice to those he has hurt such as Chloe and Amelia.

Emmerdale isn’t wrong to have done this story with Noah; I absolutely get where it has come from.

Noah absolutely needs help but also comeuppance; the confronting of this behaviour needs to be a very long and arduous journey, without him suddenly changing back to a cheeky youngster.

Fans aren’t forgiving and, in a story such as this, they shouldn’t be.

That said, Noah’s position now is on the heads of the toxic males around him. What creates a monster in a youngster? Noah wasn’t born this way; but environment, society and those around him shaped him.

The scenes of terror this week and before are on Noah’s head – but also on the heads of the toxic males who have come before him.