The vicar – who is played by actress Katherine Dow Blyton in the ITV soap – panicked when she heard step-daughter Dawn Taylor had been arrested. 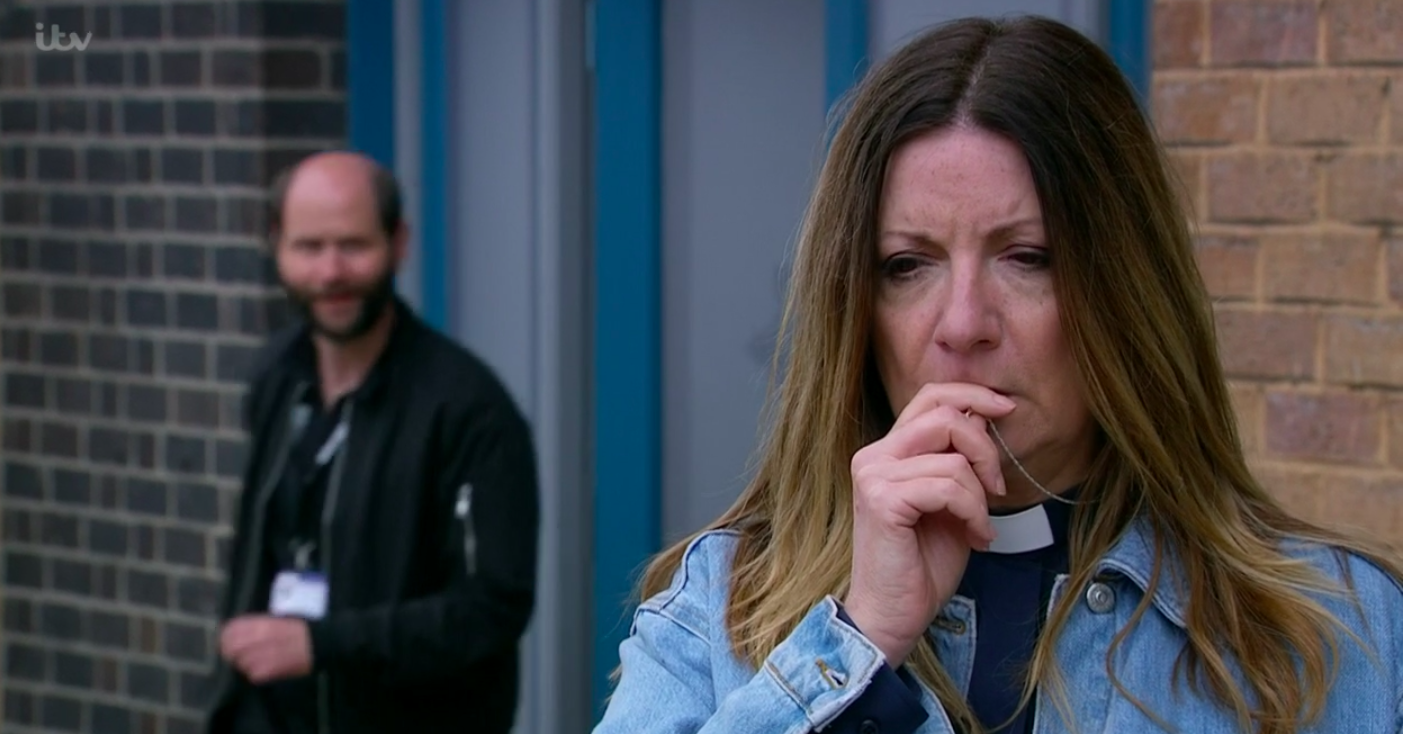 She rushed to the station to find an old colleague who could get her information on why Dawn was arrested.

When the officer told her he couldn’t tell her anything, Harriet asked him directly about Malone.

Viewers know Harriet and Dawn killed Malone in self-defence before burying him in a recently dug grave in the churchyard.

A police investigation had begun looking into them, but over recent weeks it seems to have died down. 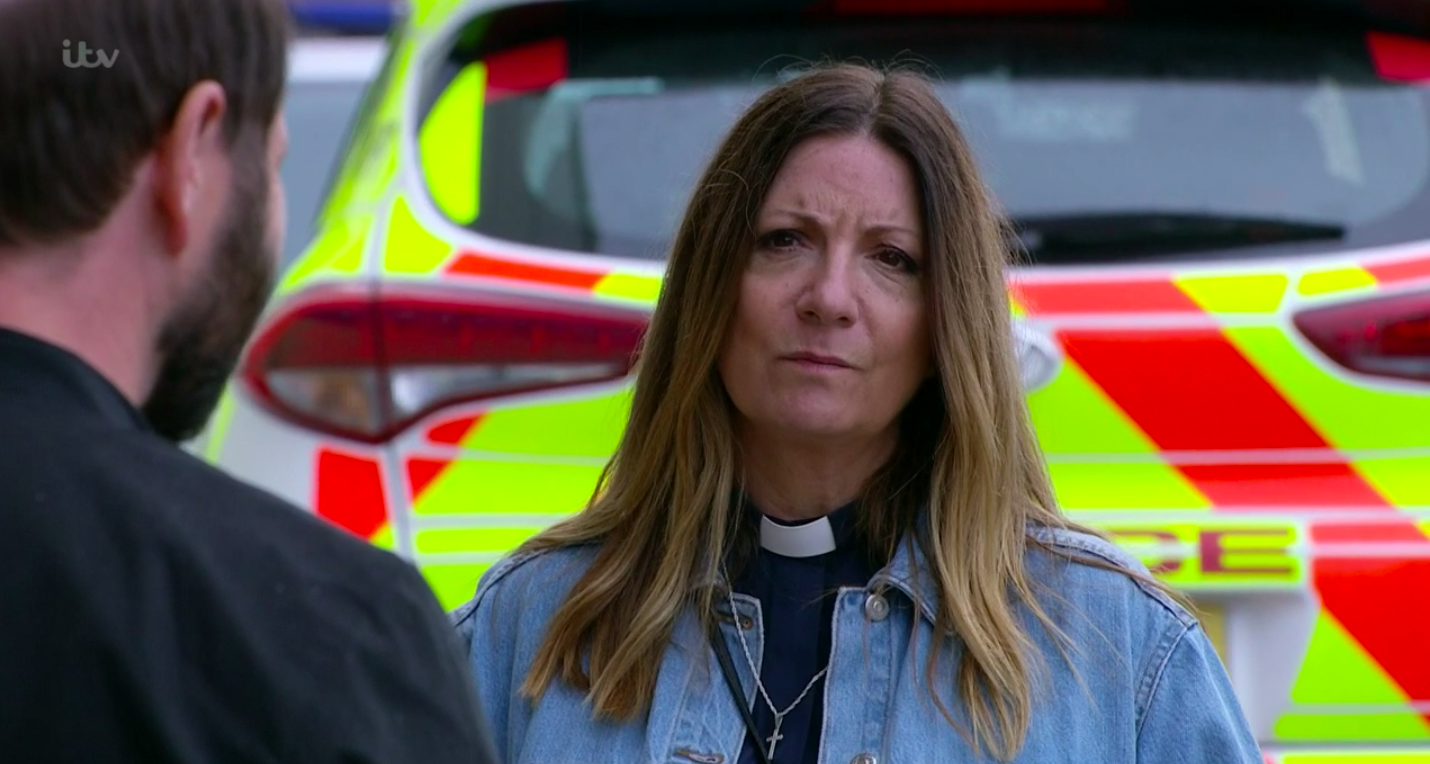 Until now when Harriet mentioned it, by asking her pal: “It wouldn’t have anything to do with DI Malone? Dawn made a complaint against him once, she’s actually quite vulnerable.”

He returned to tell her: “I don’t expect we’ll be seeing him again. You don’t mix in his circles and still get to draw your pension. Every lead’s dried up and to be honest none of our lot’s even looking that hard.

“A couple more weeks and they’ll quietly close the case. Someone did this place a favour.”

But fans fear that now Harriet has mentioned his name that the investigation will begin again – and she could be exposed.

One wrote: "Yeah all that poking around Harriet, not suspicious at all!! #Emmerdale"

A second said: "Harriet needs to keep her mouth shut she talking too much just outside a police station. #Emmerdale"