End of an era as Tony closes The Hutch in Hollyoaks 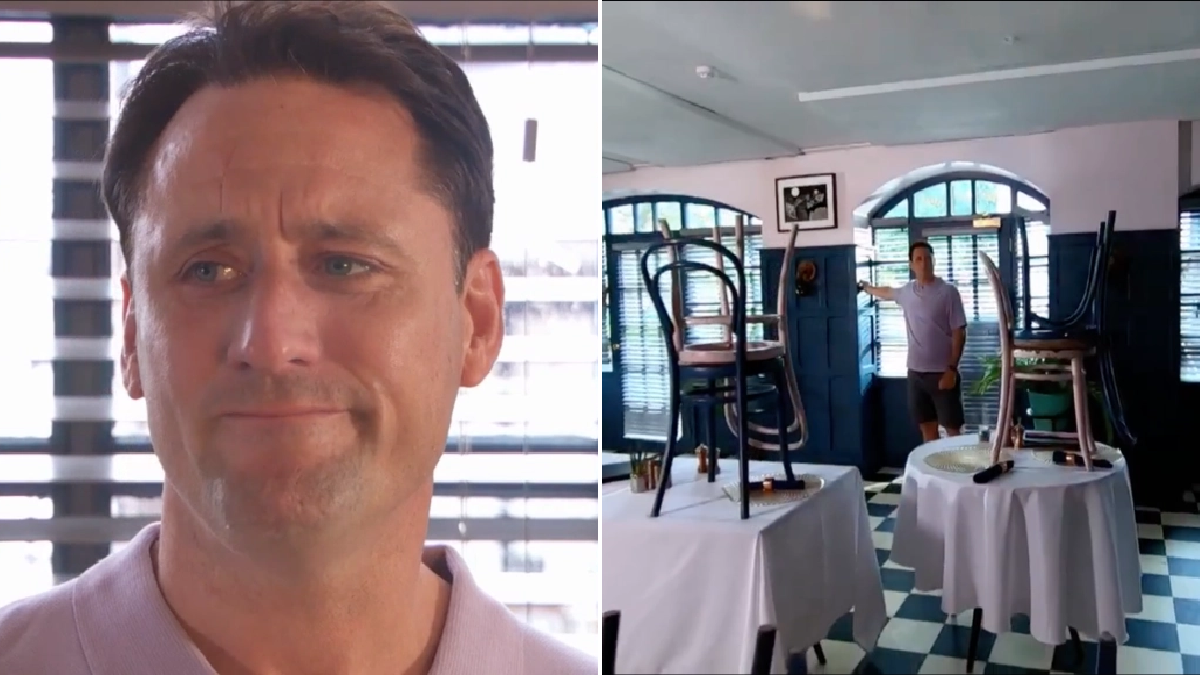 The legend has been struggling financially since the pandemic hit, and keeping the restaurant afloat following the first national lockdown has been incredibly difficult.

With the bills piling up, and debts coming out of his ears, he hoped for a miracle. But sadly it was not to be.

The final straw came in the form of Luke Morgan’s (Gary Lucy) attempt to stage a break-in to claim on the insurance, which forced Tony to make a decsion.

Mandy was livid that Tony had kept this from him, and feared losing her only source of income. Cindy Cunningham (Stephanie Waring), however, made her put things in perspective, as she explained that Luke might not have long left to live.

Luke has been diagnosed with Frontotemporal dementia, and his aunt Lydia (Cathy Shipton) previously told Cindy that when her husband Peter – who also had FTD – behaved in the way Luke did, it was the ‘beginning of the end’.

Stunned by the sad news, Tony and Mandy put their differences aside and enjoyed one final meal with their nearest and dearest in the restaurant.

‘You know, I thought this was going to be forever,’ he told Diane (Alex Fletcher). ‘That people were going to tell stories about how they met here. Maybe even fell in love.

‘I taught Ste how to bake his first soufflé here. Turned a blind eye as Theresa had her hand in the tip jar.

‘Finn. Bombhead. Jackie. Do you think any of them will remember?’

Diane offered support, reminding Tony of how many lives he’d touched since launching The Hutch, and reiterated that he, like he always does, will come back fighting once more.

Tony nodded appreciatively before requesting a final moment alone with his dream restaurant.

The legend folded up his signature blue apron one last time and left it on the counter, before approaching the exit. He took a final look at his restaurant – his empire – and fondly remembered the good times.

‘Thank you,’ he said in emotional scenes, as tears streamed down his face. ‘We had some good times here, didn’t we?

‘Just don’t forget me, alright? Because I promise, I’m never going to forget you!’

Tony reached for the light switch, and and took one more sneaky look, before the restaurant was shrouded in darkness.

And with that, he left. Shutting the door of The Hutch, bringing to an end a monumental chapter of his life.

Okay, we lied. We might have shed a tear. Or seven.