Escape to the Chateau: Angel asks if Dick is 'punishing' her

Angel Adoree and Dick Strawbridge have been putting their heart and souls into renovating their 45-bedroom French home for several years. Their progress has been followed by Channel 4 for the hit programme Escape to the Chateau. While the couple usually gets along swimmingly, Angel accused Dick of “punishing her” when they were working on an outdoor project together with their children Arthur and Dorothy.

During a classic episode of the programme, Dick and Angel were determined to make improvements to the front of the 19th Century chateau.

They wanted to have a grand patio which complemented the stone walls of the home as well as two Victorian bird cages as a decorative feature on their driveway.

Angel, who explained her love of vintage aviaries, said: ‘When we first started dating, Dick bought me a bird cage and it was huge.”

However, there was a huge task at hand before the aviaries and paving slabs could be installed. 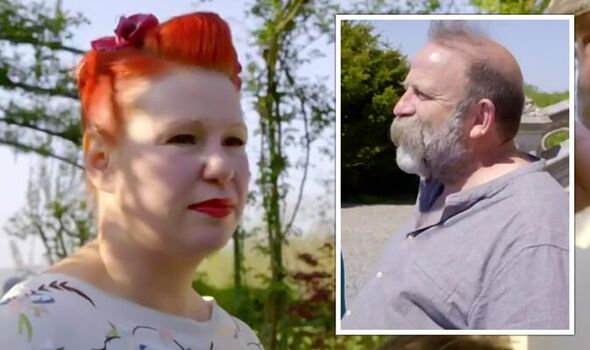 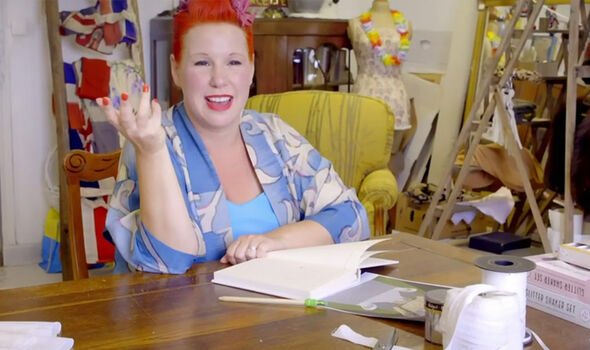 An unimpressed Angel approached Dick and two children who were racking the ground and said: “Right, genuine question, do we have to get rid of the gravel?”

Dick, who was hard away at work clearing away the gravel, confirmed all of the stones had to be removed before a new patio could be created.

When Angel asked if she could just lay the new slabs on top of the stones, he bluntly said: “No.”

Angel replied: “Is that because you are secretly punishing me or what?” 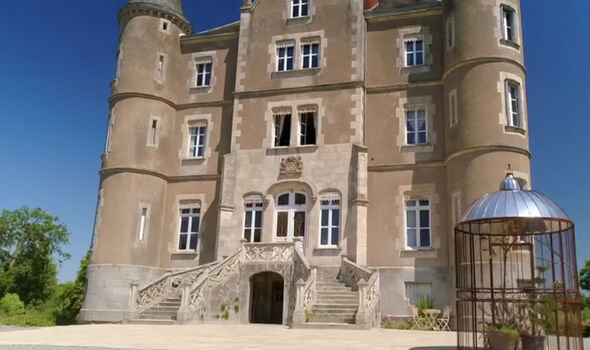 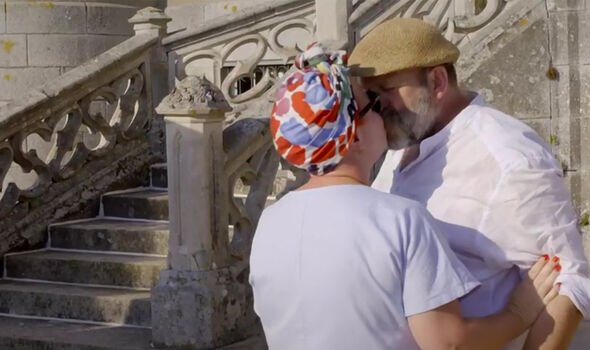 Dick assured her the gravel needed to be removed to make way for the new patio slabs and asked Angel to get on board and help.

He told his children: “Listen you two, you are workers today and what I need you to do is turn around and scrape all the gravel towards the tractor.”

The children complied and after a lot of laborious work, the front of the chateau was ready for its new patio.

Dick and Angel later installed large bird cages on the new flagstone paving which were filled with plants and flowers as well as small finches.

The two cages were three metres high and two metres wide with a Victorian-styled dome as a roof.

On completing the cages, Angel exclaimed: “The aviaries add an elegance which this place needed.”

She added: “This space, even though it’s brand new, it feels like it’s been here forever. I love it.”

Once the aviaries were installed, Angel up-cycled some old antique tea cups to create bird feeders.

Angel confirmed Escape to the Chateau will be returning to screens for season nine earlier this year, however, a release date is yet to be announced.

The couple purchased Château de la Motte-Husson in 2015 and have amassed a huge following since their Channel 4 show launched in 2016.

They lived in Essex before carving out a new life as a family in rural France to host weddings at their chateau.

Escape to the Chateau episodes can be streamed on All 4.