Fans Think 1 Duggar Is More ‘Brainwashed’ Than the Rest

It’s hard to deny that the Duggars live a very different life from most Americans. And the kids were raised the way they are thanks to the rules and regulations of Jim Bob Duggar, their father. Fans think that for the most part, all of the kids are exactly like their parents, yet they still believe some are more brainwashed than others. 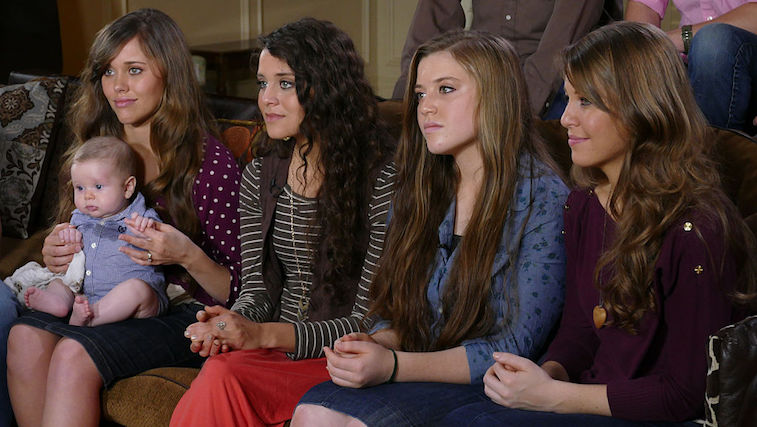 The Duggars first got a TLC show because of the size of their family. However, they didn’t have 19 children because they wanted so many. They had 19 children because they believe that’s how many kids God wanted to give them. Jim Bob and his wife, Michelle, are very religious. They only believe in what God deems appropriate, so they don’t allow their kids to have premarital sex or show any intimacy prior to being married. (The kids are only allowed to give side hugs while courting.) The family also doesn’t believe in things such as gay marriage and abortion, since Christianity frowns upon both. In addition to the large family, part of the reason the Duggars have their own show is because they have such a strict set of family rules. The women can only wear skirts, and they aren’t allowed to dance or listen to modern day music.

Now that the Duggar children have started to grow up, we’ve been able to see whether they live their lives the same way their parents did. Seven of the Duggar children are married, and six of them have children of their own. Reddit users opened up a discussion about which Duggar they think is the most “brainwashed” … Meaning, the most likely to stick with Jim Bob’s strict set of rules.

Several users agreed that Jana is very much like her father. Their reasoning was that she is almost 30 years old, and despite being unmarried, still lives under her parents’ roof. People thought Jana would have wanted to live her own life and have moved out by now, but she still shares a room with her younger sisters. On the other hand, people feel that Jessa is also living just like her parents. She’s had three children in five years, and she seems very content being a stay-at-home-mom and taking care of her children.

Happy Father’s Day to the most wonderful Dad in the whole WORLD! ? . My Dad is the one who has taught me so many skills—from tiling floors, basic plumbing & electrical, painting, and car maintenance, to how to get the best deals. He taught me how to drive, helped me buy my first car, and has let me try my hand at design on his different real estate projects… even if it means spending a little more time and money to correct something I’ve messed up on (sometimes we learn by trial and error). ? Dad has taught me so much as we work on different projects! Whether it’s designing a home or business space, picking out paint colors, flooring, windows or doors, he’s the mastermind, and I love learning from him and doing projects together with him!! ? . Dad is a giver. Always giving of his own goods and supplies without expecting anything in return. He’s the first one to start a party no matter the occasion. ? He’s the one that pushes us out of our “comfort zone” (for which I am grateful…. at times.) ? We all need one of those people in our lives! He is quick to ask for forgiveness. He is a humble man. A man of patience, kindness, compassion, determination, strong. He is the one that leads our family and points us to Christ no matter the circumstance. He’s my Daddy and I’m his little girl. Couldn’t have prayed for a better Dad and can only hope to find a man like him to marry someday!! . Daddy—Happy Father’s Day from your little girl! I love you so much! ❤️ @duggarfam

People think Jinger is the most rebellious Duggar

When it comes to the least-brainwashed Duggars, fans feelthat Jinger is the least likely to follow her parents’ rules. Once she marriedJeremy and moved out, she began wearing pants and tank tops; she’s even beenspotted in shorts. She and Jeremy also recently movedto Los Angeles, which is widely known to be a very liberal city.

On the contrary, some believe that the least-religious Duggar is Josh without a doubt. This makes sense, since Josh has actually committed some very unholy crimes growing up. He was at the center of a sexual abuse scandal that took place in the early 2000s (though it wasn’t leaked until 2015). He also admitted to having an addiction to pornography and creating multiple Ashley Madison accounts to cheat on his wife.