For ‘Spider-Man: Far From Home’ to Be an ‘Endgame’ Epilogue, Director Jon Watts Kept Secrets for Years

Director Jon Watts held on to big secrets for a very long time. Because his sequel “Spider-Man: Far From Home” must operate as a kind of coda to Anthony and Joe Russo’s “Avengers: Endgame,” Watts was one of the few people not directly involved with their film who knew its biggest spoilers: that the half of the population evaporated in the Thanos snap would be restored, including Spider-Man Peter Parker (Tom Holland) and that moments later, Iron Man Tony Stark would sacrifice himself for the good of the universe, and for Peter Parker in particular.

Keeping that under wraps was hard (“I was one of the special few who had to be so careful to not reveal any of that,” Watts admitted), but what came afterward was even harder. How do you make a movie about a kid dealing with loss without making it super sad?

“We had established this very sort of particular kind of fun, lighthearted tone in ‘Homecoming,’” said Watts in a recent interview with IndieWire. “When I found out what they were planning on in ‘Endgame,’ I was like, ‘Oh wow, how do we balance the tone that we’ve established, but now deal with these massive, massive, consequential issues?’”

With early reactions indicating that Watts and his collaborators nailed that delicate balance, he’s able to look back on the challenge with a bit more humor. “I read this interview with the Russos where they were talking about how ‘Endgame’ was the first time they didn’t have to worry about the future of the MCU, and I was like, ‘Thanks! Thanks, guys!,’” Watts said with a laugh. “They did so many crazy things in that film and now I have to deal with it. But that’s kind of what the movie is about in a lot of ways, all these things have happened and now Peter has to figure out how he’s gonna deal with it.”

“Far From Home” moves its story from Peter’s native Queens to Europe, following Peter and friends on a class trip that’s threatened by the arrival of a new threat on the world stage. The circumstances push Peter to grow up, while still staying true to the more humorous tone that has long been part of Spidey tradition.

Watts recognized that sense of balance has always been a part of the Peter Parker mythos. “What’s nice about a character like Peter Parker is, even though loss is such a big part of his life, he’s also still resilient,” he said. “You see all these kids and they’ve been through so much and Peter especially, but yet, they’re not letting that stop them from moving on with their lives.” 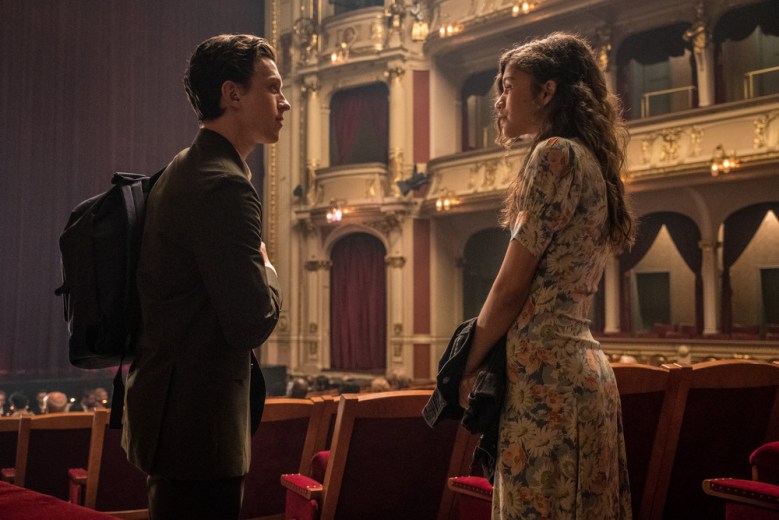 Watts’ anxiety about following “Endgame” is even baked into Chris McKenna and Erik Sommers’ script, which jokes about making “Avengers”-sized battle scenes and continually wrestles with the massive influence that superheroes hold over the cultural consciousness. It’s a bit like the real world: superhero-obsessed, only impressed by escalating action, eager for the next big thing.

“Obviously, there’s another level to that to where I’m making the movie that comes out after ‘Endgame,’” he said. “It’s like, how big does this movie have to be to live up to the things that were done in ‘Endgame’? So instead of skirting around those issues, let’s run right at it and see what people think.”

The film also addresses questions about the post-Thanos world (in “Far From Home” parlance, it’s “the blip,” not “the snap”), which includes everything from having to find new apartments (reappearing in old ones now populated by new tenants — awkward!) to dealing with younger siblings who are suddenly “older” than you.

“I could have made a whole movie that was just purely dealing with the fallout of the blip,” Watts said, “but we just sort of had to pick and choose the ones that made sense for this story to explore it.” 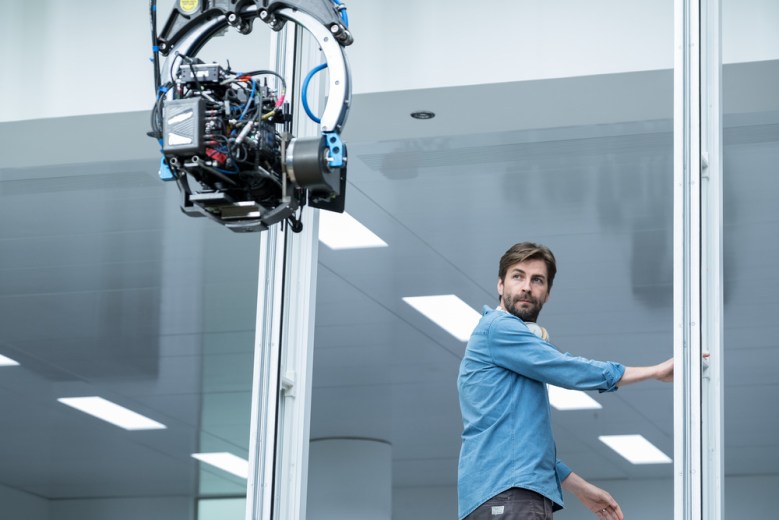 Jon Watts on the set of “Spider-Man: Far From Home”

Watts made room for one tongue-in-cheek bit that had Peter perusing his in-flight movie options, including a cheap documentary about Tony Stark called “Heart of Iron.” There’s also a more substantial work entitled “The Snap,” directed by a filmmaker who loves wrenching fact-based features: Paul Greengrass.

Watts said the “Captain Phillips” and “United 93” filmmaker was “totally on board” with the idea. “So at least we know that one of the things that happened as a result of the events of ‘Endgame’ was that Paul Greengrass made a movie about the snap,” he said with a laugh. “Of course, he would be the one that would make that movie!”