The medical professional expressed his concerns about all restrictions in England being lifted today as he insisted it "really isn't the time". 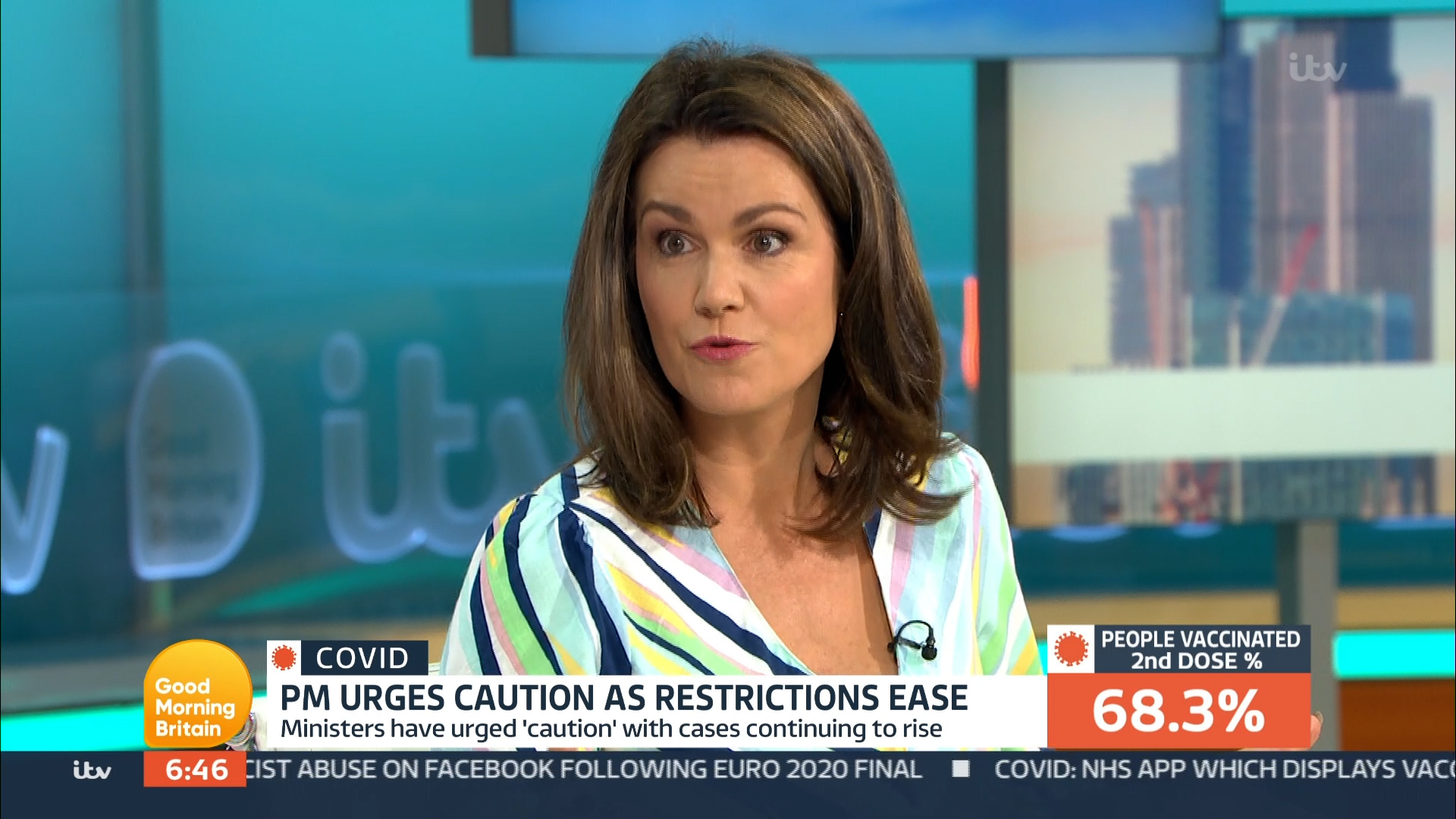 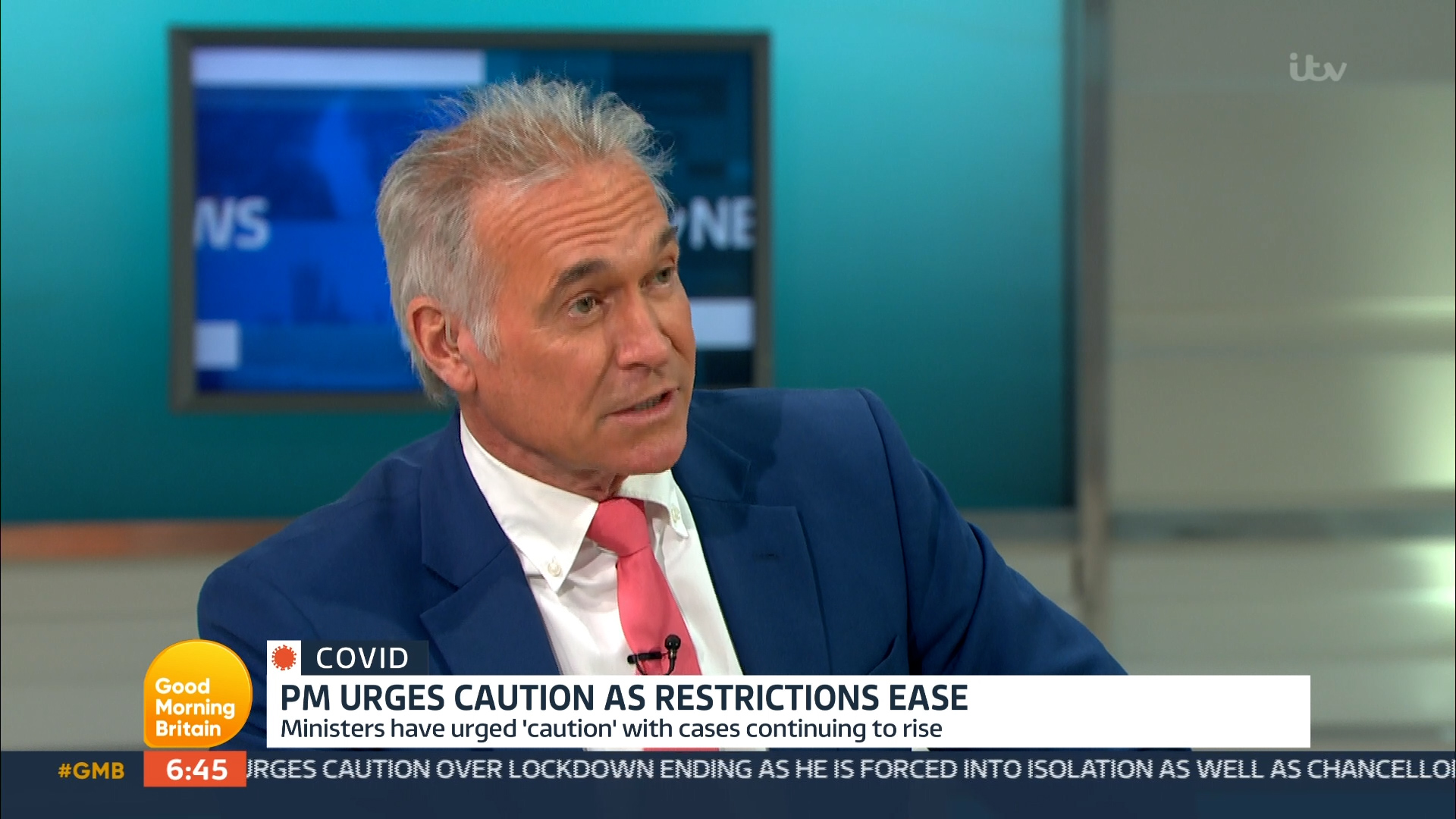 But 50-year-old Susanna played devil's advocate, sharing her joy that teens who turned 18 in lockdown were finally able to go into a nightclub for the first time.

"So I can understand both sides of the argument – we've got rising numbers of cases.

"In every other situation, if you have a contagious disease, which infects people, makes them ill, causes long Covid in a third of people, has symptoms, causes greater hospitalisations… That is not the time to ease restrictions across the board, it really isn't."

This is not the time to ease restrictions across the board, it really isn't."

But Susanna hit back: "Except, people would say other contagious diseases don't have restrictions – when there's flu we don't shut down nightclubs."

Hilary wasn't having it – correcting that we do "have restrictions" for several illnesses – including "measles, Ebola, and whooping cough".

His ITV colleague argued: "We don't have restrictions, we have vaccinations."

The TV medic refused to back down, telling Susanna: "We mustn't put too much faith in vaccinations – 90% protection is afforded by two jabs, millions haven't had two jabs.

"Also, 10s of thousands don't respond to jabs, or the jabs don't work, so there are millions still there who will get Covid."

He went on to quote a report from other experts, which labelled Freedom Day a "murderous and irresponsible experiment".

Prime Minister Boris Johnson has divided Brits with his decision to end most restrictions across England from today – including removing capacity limits in venues, opening nightclubs, and making protective face coverings optional in public spaces.