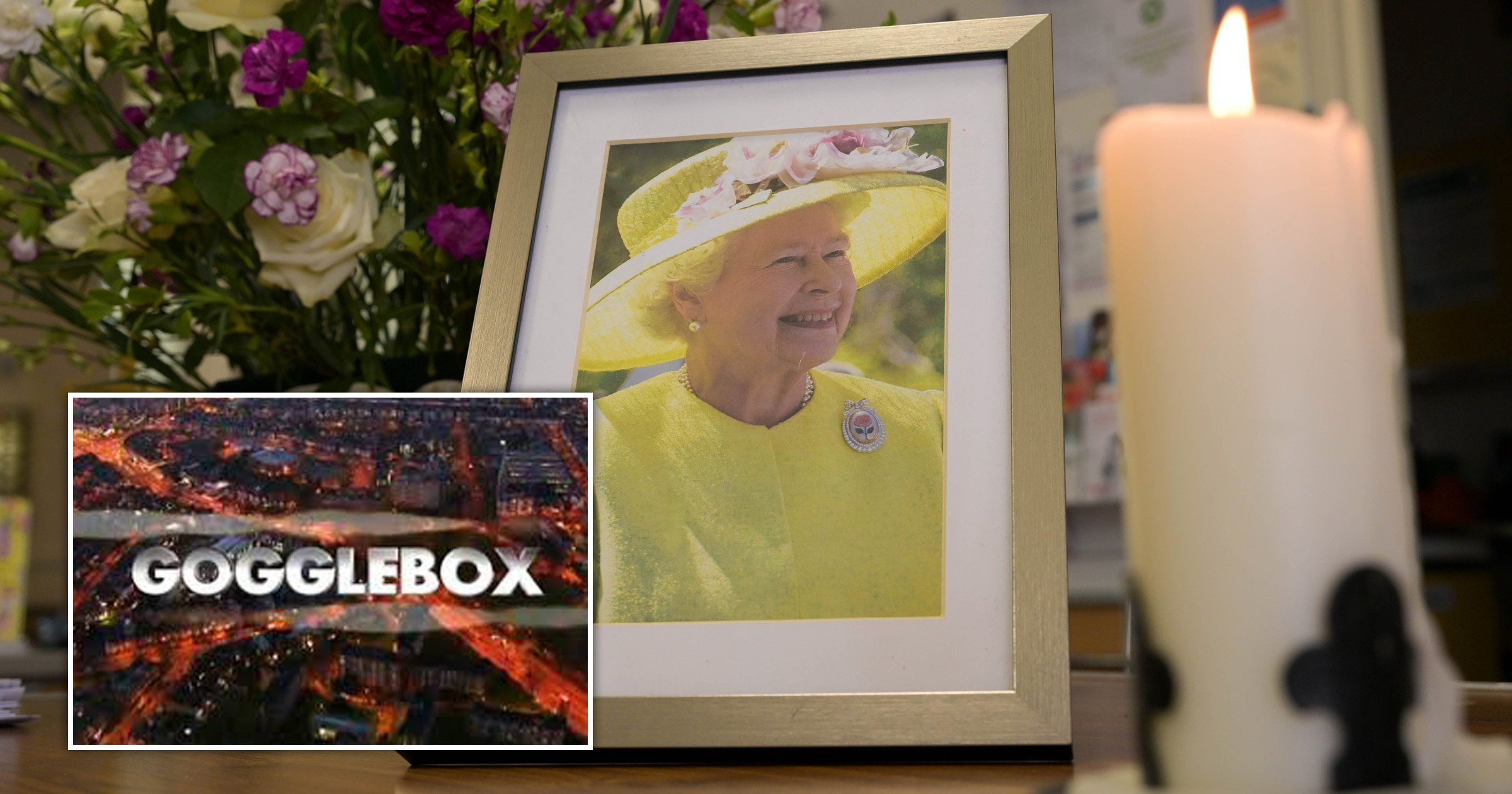 Gogglebox is still going to air tonight as scheduled despite the death of Queen Elizabeth II, Channel 4 has confirmed.

In a statement sent to Metro.co.uk, the broadcaster emphasised that it has been ‘respectful’ by extending its news coverage surrounding the death of the Queen aged 96.

‘Channel 4 has made significant changes to our schedule, including added extended news coverage, to ensure that Channel 4 is respectful following the news from Buckingham Palace about the death of Her Majesty The Queen,’ the statement read.

‘Channel 4 exists to offer viewers an alternative and that is particularly important at times like this. Gogglebox is a much loved national institution and it will air as planned tonight bringing a valuable sense of continuity for many of our viewers.’

A Channel 4 news special is due to air from 5.55pm until 9pm, when the new season of Gogglebox will launch.

While the Channel 4 schedule says at the time of writing that a new live episode of The Last Leg will then air from 10pm until 11.05pm, host Adam Hills revealed on Twitter that they’d decided not to go ahead with it.

Her Majesty Queen Elizabeth II has died after 70 years on the throne, with her death announced by Buckingham Palace on September 8, 2022.

She died at the age of 96 at her home in Balmoral, with her son, the now King Charles, and daughter Princess Anne by her side.

The comedian wrote: ‘We’ve decided not to do an episode of @thelastleg
tonight. It just doesn’t feel right.

‘We’ll pay tribute to Her Majesty next week but for now our thoughts are with her family, and all those affected by the news. We hope you understand.’

When the Queen’s death was announced on Thursday, Buckingham Palace said in a statement: ‘The Queen died peacefully at Balmoral this afternoon.

‘The King and The Queen Consort will remain at Balmoral this evening and will return to London tomorrow.’

Having gone to Balmoral to be with his mother when it was revealed her health was faltering prior to her death, King Charles III arrived in London today with the Queen Consort.

He was seen greeting members of the public outside Buckingham Palace, shaking people’s hands before he and his wife walked through the gates of the estate.

When it was announced that the Queen was under medical supervision at Balmoral, Camilla, the Queen Consort, reportedly was forced to pull out of a TV interview so she could rush with other members of the royal family to be at her side.

The Accession Council is set to be televised for the first time in history, during which King Charles III will formally be proclaimed as his mother’s successor.