A lorry driver finds themselves in a spot of bother after their vehicle destroys several plants during a commute in the latest episode of Grand Designs.

Presenter Kevin McCloud meets Kate and Rob, who have lived in a 1940s prefabricated house built by Rob’s grandfather.

Desperate for modern renovations, Kate and Rob are are ready to replace it with a bespoke, warm home – which will also be built in a factory using volumetric modular construction.

Over just six weeks, their new house will be manufactured on a production line, complete with insulation, tiling and kitchen installation

As the couple waited for the first floor of their house to be constructed in Tunbridge Wells, Kent, a wide load lorry – specialising in the movement of agricultural equipment – started to make its way to the property.

In a clip shared exclusively with Metro.co.uk a huge truck makes its way through a narrow country road, however, it looks like the driver underestimated the width. 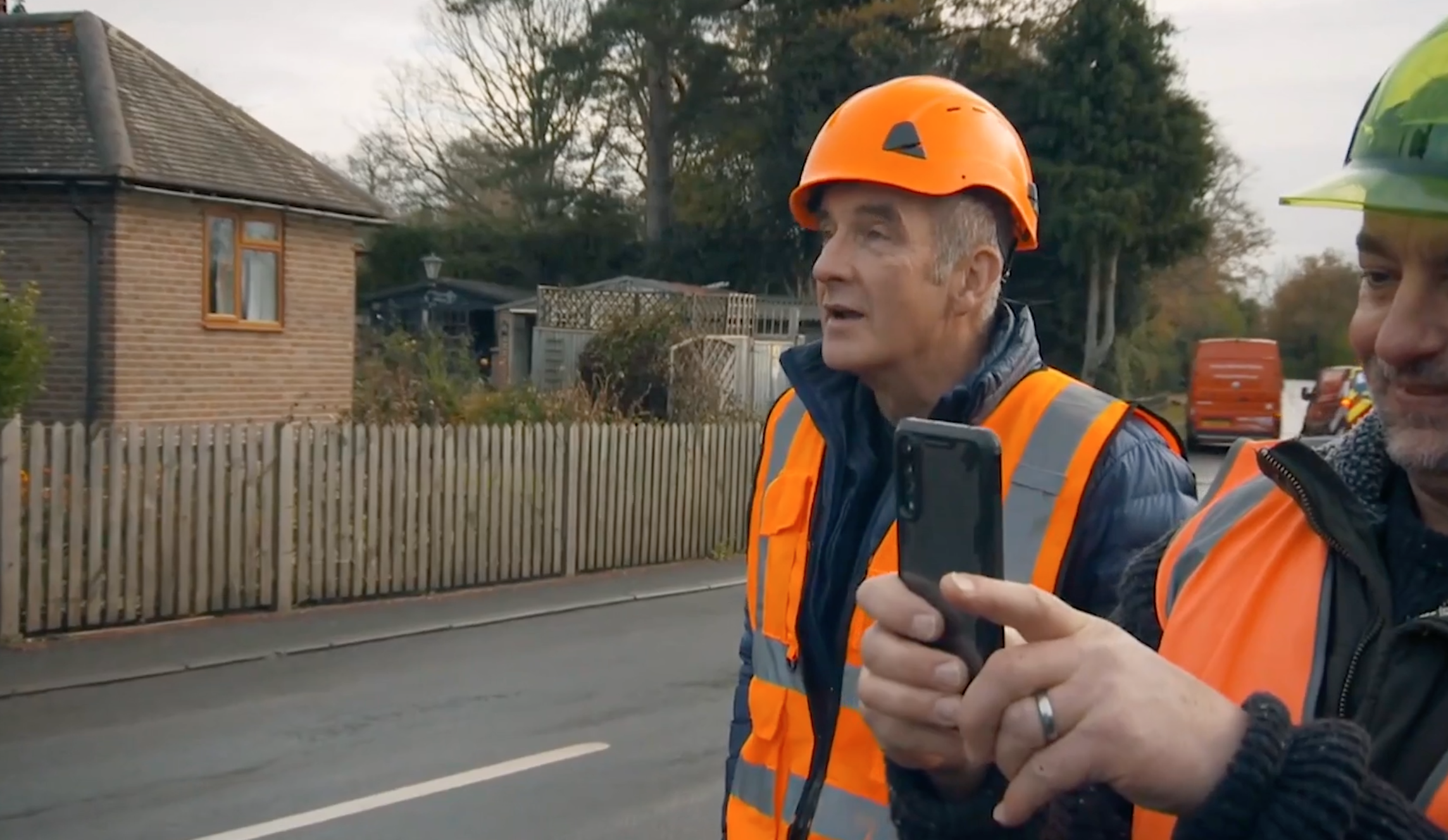 ‘He is actually cutting the hedge again very slowly,’ says one of the property surveyors.

Things turned from bad to worse as the driver slowly made his way down the road, and the roof of the vehicle gets caught in the branch.

Last week, speculation was mounting that global megastar Harry Styles bought a home in the North Devon hotspot of Croyde Bay – the same property that featured on the home improvement show.

In 2018, couple Edward Short and then wife Hazel appeared on the show, presented by Kevin McCleod, as they transformed the six-bed home, which took 10 years to complete.

But the refurb put Edward, who paid £1.4million for the original property, around £7m in debt, and cost him more than cash.

However, estate agents silenced the rumours that the Watermelon Sugar singer bought the mansion, which is listed at £10million.

In a statement to the Daily Mail, Knight Frank said: ‘There is no truth in the rumours that Harry Styles has purchased Chesil Cliff House. The house is still on the market.’

Will they be able to make it out of their tough spot?

Grand Designs is available to stream on Channel 4.