'Green Acres': Did the Cast Eat Arnold the Pig?

With a catchy theme song and an adorable pig named Arnold, Green Acres was one of the more memorable TV shows to air in the 1960s. In fact, it was even a favorite show of a United States president. But whatever happened to sweet Arnold after the series finale? And is there any truth to the rumor that Arnold was cooked and eaten by the cast? 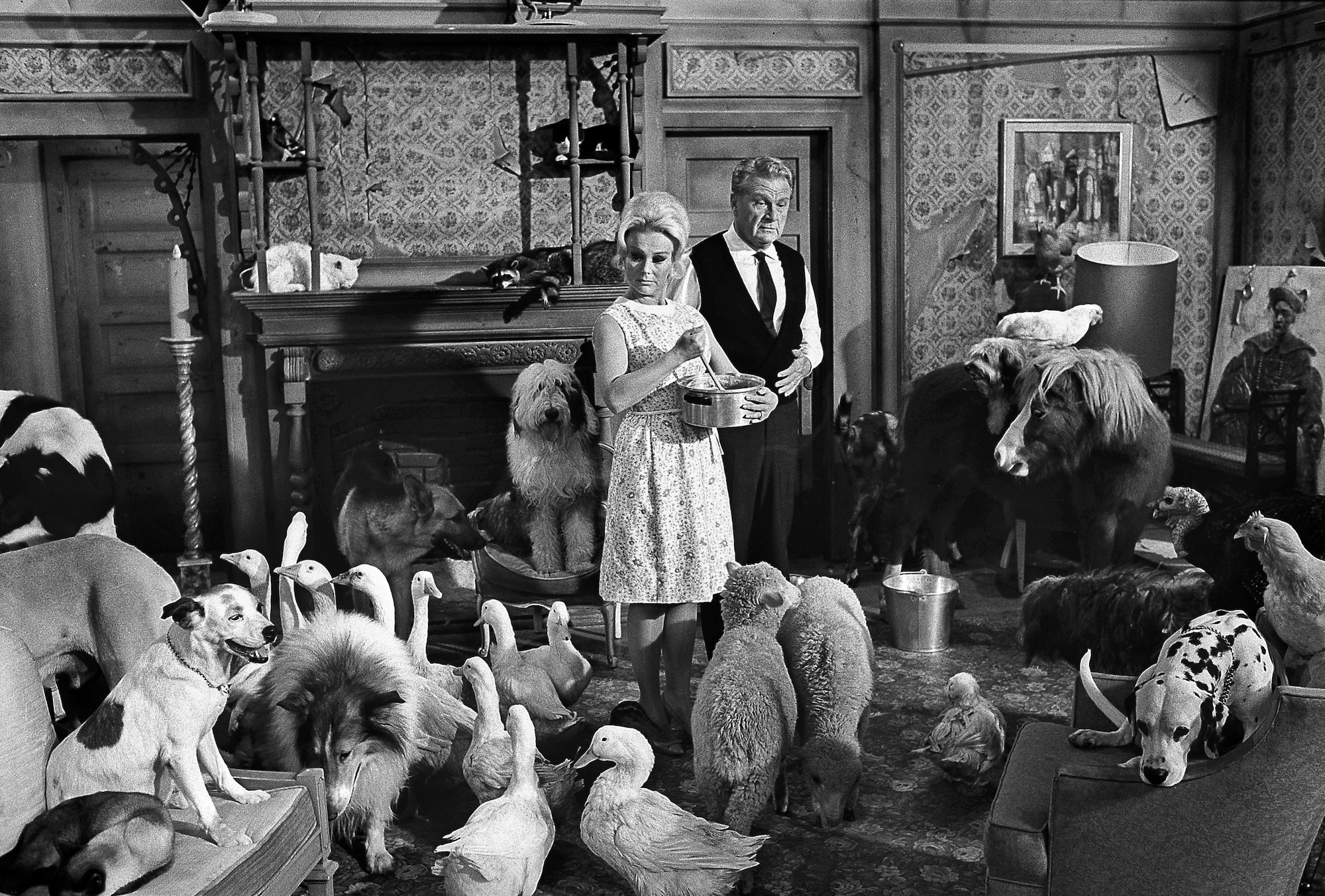 ‘Green Acres’ was a fish-out-of-water comedy

Eddie Albert and Eva Gabor played the lead roles, married couple Oliver Wendell Douglas and Lisa Douglas. Yearning for a simpler life, the two moved from New York City to rural Hooterville. Much of the comedy on the show centered around adapting to country living and Gabor’s out-of-place elegance and style.

Both Albert and Gabor were well-known actors by the time they appeared on Green Acres. But the real star of the show was in fact Arnold the Pig. With his curly-q tail and humanlike mannerisms, Arnold quickly became a full-fledged celebrity.

The truth about Arnold the Pig

Viewers may be surprised to learn that, over the course of the show, “Arnold” was actually played by four Chester White piglets. Chester Whites are known as a docile breed, which makes them perfect for TV work. However, as adults, these pigs can become quite large. According to IMDb, as each pig outgrew the role, a new piglet would step in. And while the first Arnold was a boy, the rest of the pigs were in fact girls.

MeTV reported that the pigs who played Arnold were well paid, fetching $250 per day, an impressive wage for the time. The pigs even won three PATSY awards, which were the animal equivalent of the Oscars or Golden Globes. Fan mail started to roll in and school children even vowed to give up eating pork. Arnold was a national sensation.

So many people were endeared to Arnold, so it’s natural that fans wondered what happened to him after the show ended. One interesting — if not disturbing — story out of Hollywood was that Arnold was cooked and eaten by Green Acres‘ cast! This seems far fetched, but is there any truth to this rumor?

So what really happened to Arnold the Pig?

Wide Open Country has reported that actor Tom Lester eventually came clean about starting the rumor that Arnold was eaten. Lester, who played Eb Dawson on the show, was so tired of fans asking about Arnold that he started the rumor. If none of the pigs who played Arnold were eaten, what exactly happened to them? Fans can rest easy because this story has a happy ending.

According to Find a Grave, Frank Inn was the animal trainer responsible for the handling and care of the various pigs who played Arnold. As each piglet would outgrow their role, they would either retire to Inn’s own menagerie or a local farm to live out their lives.

The original boy pig who played Arnold died in 1972. Inn had the pig cremated and kept his ashes in an urn. When Inn passed away in 2002, Arnold’s ashes were buried with him, at Forest Lawn Memorial Park in Los Angeles.