Halloween Proves a Treat for VOD but Tricky for Theaters

Halloween seems to have had a completely opposite impact on theaters and home viewing. Ticket sales dropped sharply this weekend, with parties, trick or treating and other holiday socializing taking priority. But at the same time, people searching for movies at home heavily favored Halloween-related content.

As always, unlike box office results, we are clueless about relative financial returns for VOD transactions. But it’s hard not to notice that among the three top 10 charts listed below, 18 of the 30 slots went to horror films. And nine of them went to older titles that have returned over the last two weeks.

For the first time in five weeks, “Free Guy” (Disney/$5.99) didn’t place #1 on all of the lists. It came very close though. It leads at Apple TV/iTunes and Google Play (both calculating by transactions), but fell to #3 at Vudu, which counts by revenues. That platform rarely has non-PVOD (lower price) films at #1, but the strength of Ryan Reynolds’ comedy had countered that recently.

Instead, “The Addams Family 2” (United Artists/$14.99), which reduced its price $5.00 in its fifth week in release (a simultaneously release in homes and theaters) took over at Vudu. The animated sequel continues to do well elsewhere. It’s #3 at Apple/iTunes and #4 at Googleplay, the highest slot for any PVOD film at both. 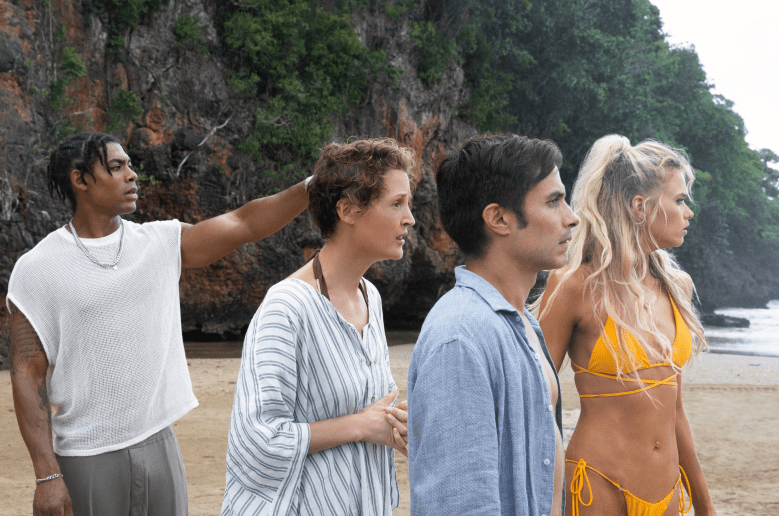 “Old” (Universal), a recent horror release, was the third title to place everywhere, with #2 at both transactional charts and #4 at Vudu. Among classic titles, “Beetlejuice” (Warner Bros.), “Scream” (Paramount), and the 2018 “Halloween” (Universal), all at $3.99, were listed on two charts. On Apple/iTunes, 32 of their top 50 right now are Halloween-related.

The week, perhaps because of the holiday distraction, saw little in the way of fresh releases. One exception is “Lamb” (A24/$19.99), an Icelandic drama with a touch of horror. As has been A24’s recent pattern, it followed three weeks in theaters with a home release. But unlike Neon with “Titane” or IFC with “Bergman Island,” they opted for PVOD rather than a lower price initial availability.

The initial placement was slightly lower than “Titane” and but ahead of “Bergman.” It is currently #31 at Apple/iTunes, and in Vudu’s top 20. But where transactions determine ranking, with a return of triple for PVOD, this is a relatively good result, more so as a non-English (with subtitles) offering.

The price reduction for “Stillwater” (Focus/$5.99) marks the only other significant addition this week. It placed on both Apple/iTunes (#4) and Vudu (#7). Though Focus’ “Last Night at Soho” had a disappointing opening this weekend in theaters, its company’s ability to follow up with both PVOD after three weeks and, later, a lower-priced round, suggests they have a working formula to maximize revenues. 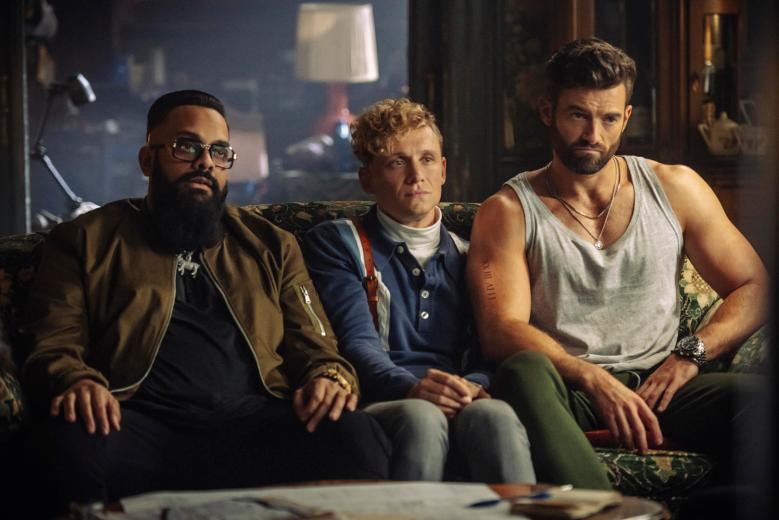 Netflix as usual beat to its own drummer, with two horror-adjacent originals taking their top two spots. #1 is “Army of Thieves,” a prequel to Zack Snyder’s “Army of the Dead” and its zombie focus. #2 “Hypnotic” is a more conventional thriller starring frequent horror star Kate Siegel. Their Halloween-related placers include “Hubie Halloween,” “Army of the Dead” (both rare past originals returning to the Top Ten), “Monster House,” and “Scary Movie 4.” The oddest entry is Disney’s 2017 flop “King Arthur.” The Guy Ritchie-directed medieval action film in a genre that got little interest for “The Last Duel” theatrically despite its star power actually led Netflix movies midweek.

Apple TV/iTunes and Google Play rank films daily by number of transactions, irrespective of revenue accrued. These are the listings for November 1. Distributors listed are current rights owners.

Most viewed, current ranking as of Monday, November 1; originals include both Netflix-produced and -acquired titles they initially presented in the U.S.