After another transformative year, “Leave No Trace” and “Hell or High Water” star Ben Foster is slipping into one more immersive role. Foster is currently shooting Barry Levinson’s fact-based drama “Harry Haft,” which sees the actor taking on yet another demanding part, the kind the actor seems to thrive on. Based on the true story of Haft — which was dramatized in the novel “Harry Haft: Survivor of Auschwitz, Challenger of Rocky Marciano” by Alan Scott Haft, Haft’s own son — the film will weave together the incredible drama of Haft’s life, from his time spent in Auschwitz to his eventual escape to New York City and its brutal professional boxing scene, all in hopes of recapturing a great lost love.

Per its current synopsis, the film follows Harry Haft, “who is driven by his love of a woman to survive the unimaginable horrors of the German concentration camps. An SS Officer forces Harry to fight to the death against fellow prisoners in gruesome gladiatorial boxing matches. Harry finally escapes and makes it to New York. Haunted by his memories and guilt over his survival, he fights boxing legends, like Rocky Marciano, in the hopes that his name will get noticed and he will find his first love again.”

Levinson told IndieWire, “I wanted to tell the true story about how the love of a woman saves a young man from death at the hands of the Nazis. When Harry comes to America to search for the woman he loves, he is convinced that only by becoming a famous boxer will he find her. Ultimately, it is this love that is also at the root of his redemption for the guilt of having survived — this is the story of Harry Haft.”

The film is primarily shot in Budapest, but Levinson and Foster recently made a quick stop in Cannes and now the pair are in Coney Island filming key New York-set scenes. Shooting started earlier this week on the Coney Island boardwalk, which has been used as the backdrop for a number of beloved NYC-centric films, including “Beaches” and “Brooklyn.”

“Harry Haft” also stars Billy Magnussen, Danny DeVito, Peter Sarsgaard, Saro Emirze, Dar Zuzovsky, and John Leguizamo. The screenplay was written by Justine Juel Gillmer (best known for her work on series like “The 100” and “Into the Badlands”), and is being produced by New Mandate Film’s Matti Leshem, BRON Studios’ Aaron L. Gilbert, Jason Sosnoff, along with Levinson himself and Scott Pardo. Creative Wealth Media’s Jason Cloth is executive producer.

“Harry Haft” is targeting a 2020 release. Check out another exclusive look at Foster in character as Haft below. 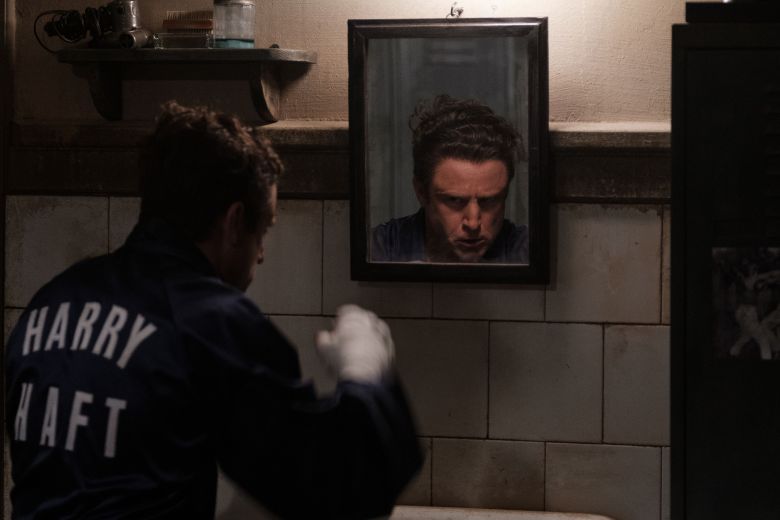