Heather Matarazzo on Leaving the Dollhouse, Meeting the Devil, and Waiting for Her Second Chance

When Heather Matarazzo’s indelible film debut “Welcome to the Dollhouse,” went to the Sundance Film Festival in 1996, the young star didn’t attend. “I didn’t go,” she told IndieWire during a recent interview. “Sony wouldn’t pay for me.” Now, it’s hard to imagine a breakout star of Matarazzo’s caliber, let alone the lead of a Grand Jury Prize winner, not being feted in the mountains of Park City.

At the time — and, as a tween herself — she wasn’t fazed by the decision on the part of distributor Sony Pictures Classics. “I didn’t know what a big deal it was,” she said.

Matazarro’s performance as Dawn Wiener was a shock to the system. In Solondz’s pastel-colored New Jersey suburbia, Dawn is a gangly 11-year-old with glasses whose classmates call her “lesbo” and whose teachers chide her for being a “grade grubber.” Matarazzo, with hunched shoulders and angry eyes, conveyed Dawn’s utter discomfort in her own skin, but also her character’s unrepentant brattiness.

Both Dawn’s pain and her selfishness were instantly relatable, but that wasn’t easy for young Matarazzo to handle. “To have grown people come up to me crying saying that this movie changed their life, and that the character I played changed their life, was hard to receive,” she said. “It was very, very, very overwhelming.”

Playing Dawn earned Matarazzo, who was 13 when the film was released, an Independent Spirit Award for Best Debut Performance and instant recognition as one of the faces of the ’90s indie boom. But even as she went on to roles in blockbuster’s like “The Devil’s Advocate” and notorious projects like “54,” she remembers her interest in the world of cinema butting up against a “controlling” home situation with her adoptive mother that prevented her from fully experiencing the era the way she would have liked. 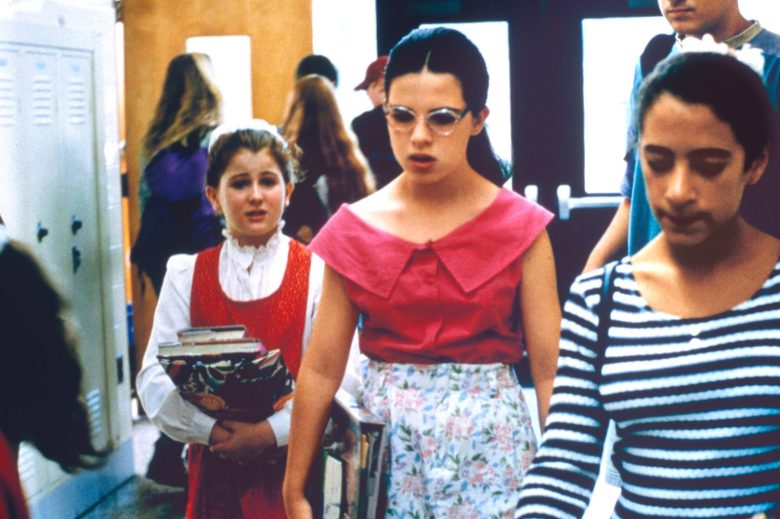 Heather Matarazzo in “Welcome to the Dollhouse”

To watch the movies she wanted — like “Bound,” “Flirting with Disaster,” and “High Art”— she had to circumvent the constraints of her environment. “Luckily, I had older adults in my life that would like, you know, sneak me VHS tapes,” she said, explaining that that’s how movies like “Waiting for Guffman” and “The House of Yes” came her way. Her cultural education came from the sets of indies. A production assistant on “Welcome to the Dollhouse” gave her a mixtape that introduced her to Pixies, Iggy Pop, and Liz Phair.

Even as a kid, however, she was keenly aware of the push and pull between art and the business side of Hollywood. “The character that I played was iconic in a lot of respects, but then also within that commerce aspect, there is very quickly a box you could get put in, and it was only because of certain indie filmmakers that I was able to escape that very narrowly defined box that the bigger wigs wanted to put me in,” she said.

Her first part in a big budget movie was in an early scene in Taylor Hackford’s “The Devil’s Advocate,” where she played a student molested by her teacher, the latter of whom is represented by Keanu Reeves’ morally suspect lawyer. She recalls Hackford getting “very frustrated” with Reeves for dropping his accent during shooting, and bumming Marlboro Lights from Charlize Theron and smoking them in the courtroom.

But despite that act of rebellion, Matarazzo explains that her time on sets was usually closely monitored by her “overprotective” mother. “I feel like that colored, to a certain degree, lots of opportunity that I had to create the relationships that I really wanted to,” she said. She was able to bond with Kirsten Dunst when they were playing prep school girls in Sarah Kernochan’s underrated comedy released in the U.S. as “All I Wanna Do” because Dunst’s mother was also present.

She didn’t have the same chance to engage with her other costars, Gaby Hoffmann, Monica Keena, and Merritt Wever. The little-seen period piece was one of two Miramax films Matarazoo was featured in that were released in 1998 after persistent meddling from the now-jailed producer Harvey Weinstein. 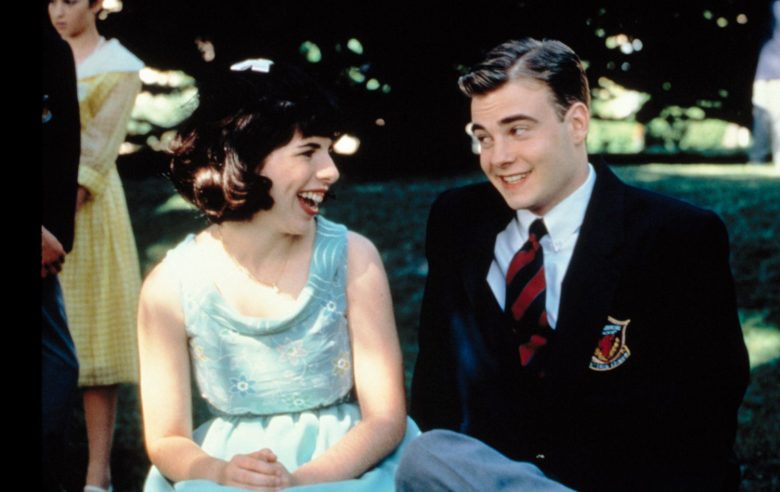 While Studio 54 drama “54,” in which Matarazzo plays the sister of Ryan Phillippe, has found queer cult status following a director’s cut, “All I Wanna Do,” also titled “Strike!” but originally called “The Hairy Bird,” still languishes in relative obscurity. “Harvey fucked us, which obviously isn’t surprising because it was centered around women, we had a female writer, we had a female director,” Matarazzo said. “It didn’t get the recognition that it deserved.”

However, it’s another film she made at the end of the decade that Matarazzo cites as the one she is most proud of yet remains underseen: Lisanne Skyler’s Joyce Carol Oates adaptation “Getting to Know You,” in which Matarazzo starred alongside a young Zach Braff.

These days Matarazzo, who recently reprised her “Scream 3” role in the horror franchise’s reboot, gives script notes to supplement her income, and, in reading, she misses some of the spirit of the ’90s indie community. “I think people are making movies for the wrong reasons,” she said. “It’s like, ‘I want to write a movie to write a movie. I’m going to get it made.’ And it’s, ‘No, but why do you want to write this movie? What is your obsession with this that you can’t put it down?’” For her part, she wants to work with the next generation of indie artists, perhaps finding a new role along the caliber of Dawn Wiener.

Back in 1997, Matarazzo didn’t think she’d win the Independent Spirit. She assumed the prize would go to “Bastard Out of Carolina” star Jena Malone, who Matarazzo would later work with in “Saved!” She tripped on her way up to collect her award.

“I was so overwhelmed I didn’t know what to say,” she said. “And I get off the stage, and I get screamed at by my mom because I didn’t thank specific people and I hand embarrassed her and what was supposed to be a huge moment was completely tarnished.”

Just moments before, she remembers Sean Penn coming to her table, kneeling next to her, and holding her hand. But following her triumph she was met with anger. Now, she’s looking to get a chance for a redo: “Within that, it’s that thing of like, I’m not dead yet, which means if I get a role on an independent film that I get to really sink my soul and being into, maybe, hopefully, I’ll get a second opportunity to win one and have a new memory.”

This article was published as part of IndieWire’s ’90s Week spectacular. Visit our ’90s Week page for more.