Hillary Rodham Clinton And Chelsea Clinton’s New Production Company Lands The Rights To Gayle Tzemach Lemmon’s ‘The Daughters of Kobani’; Will Be Developed As TV Series

Given Lemmon’s track record going with best-selling books being adapted into feature films, the bidding war was quite competitive with several bidders before HiddenLight emerged the victor. For the Clintons, the property feels like the perfect IP to help launch their banner given the subject matter and strong women that helped Lemmon write it.

“The Daughters of Kobani is an extraordinary account of brave, defiant women fighting for justice and equality,” Rodham Clinton said. “We created HiddenLight to celebrate heroes — sung and unsung alike — whose courage is too often overlooked, and we could not be more thrilled to bring this inspiring story to viewers around the world.” 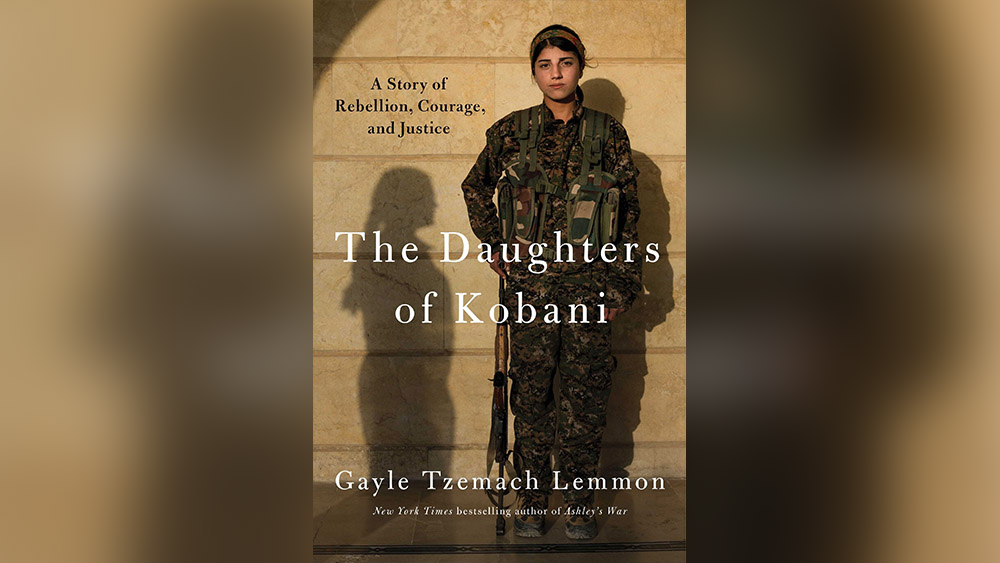 Drawing upon hundreds of hours of interviews and on-the-ground reporting, The Daughters of Kobani is the unforgettable story an all-women Kurdish militia who took on ISIS in Northern Syria – and won. From that unlikely showdown emerged a fighting force intent not only on defeating ISIS on the battlefield, but on spreading their own political vision and establishing gender equality in their corner of the Middle East and beyond. In the process, they earned the respect—and significant military support—of U.S. Special Operations Forces. The book will be published by Penguin Press on February 16th.

“No one has fought harder than Sec. Clinton to lift the voices of women around the world and to shine light on the lives of women fighting each day for their futures,” Lemmon said. She is a true trailblazer, and there is no better partner to bring The Daughters of Kobani and this story of the women who broke ISIS to the screen than HiddenLight.”

Launched in December last year, HiddenLight Productions is a global studio that will create premium documentary, unscripted and scripted entertainment for TV, film and digital that celebrates the best of the human spirit and helps audiences see the world in new ways.

HiddenLight’s first project, Gutsy Women, is a straight-to-series order for Apple TV+ inspired by their best-selling book, The Book of Gutsy Women: Favorite Stories of Courage and Resilience. Hosted by Hillary and Chelsea Clinton, Gutsy Women will spotlight a richly diverse cast of trailblazing women setting out on a quest to answer the question: ‘what exactly does it take to be a Gutsy Woman?’

Led by Executive Chair, Roma Khanna, and CEO, Johnny Webb, HiddenLight is based in London, New York and LA.

Lemmon’s two previous books The Dressmaker of Khair Khana (2011) and Ashley’s War: The Untold Story of a Team of Women Soldiers on the Special Ops Battlefield (2015) were both Times bestsellers, the latter of which Reese Witherspoon optioned in a bidding war and is producing for Universal with Lesli Linka Glatter (Homeland) directing.

She serves as an adjunct senior fellow for the Council on Foreign Relations, along with private sector leadership roles in energy technology and national security, began writing about entrepreneurship in conflict and post-conflict zones while studying for her MBA at Harvard following a decade covering politics at the ABC News Political Unit and This Week with George Stephanopoulos. This work from Afghanistan, Rwanda, Liberia, Bosnia, and beyond has been published by the World Bank, Harvard Business School, The Financial Times, the Harvard Business Review and CNN, among others.  Following MBA study, Lemmon led public policy analysis during the global financial crisis at the global investment firm PIMCO.

Lemmon is represented by Anonymous Content and HiddenLight by WME.