HOLLY Willoughby was giddy with excitement today over finally finding out who Line of Duty's mystery villain 'H' is.

Fuelling speculation that the culprit will be revealed on Sunday, her co-host Phillip Schofield teased a "very exciting guest" on Monday's show. 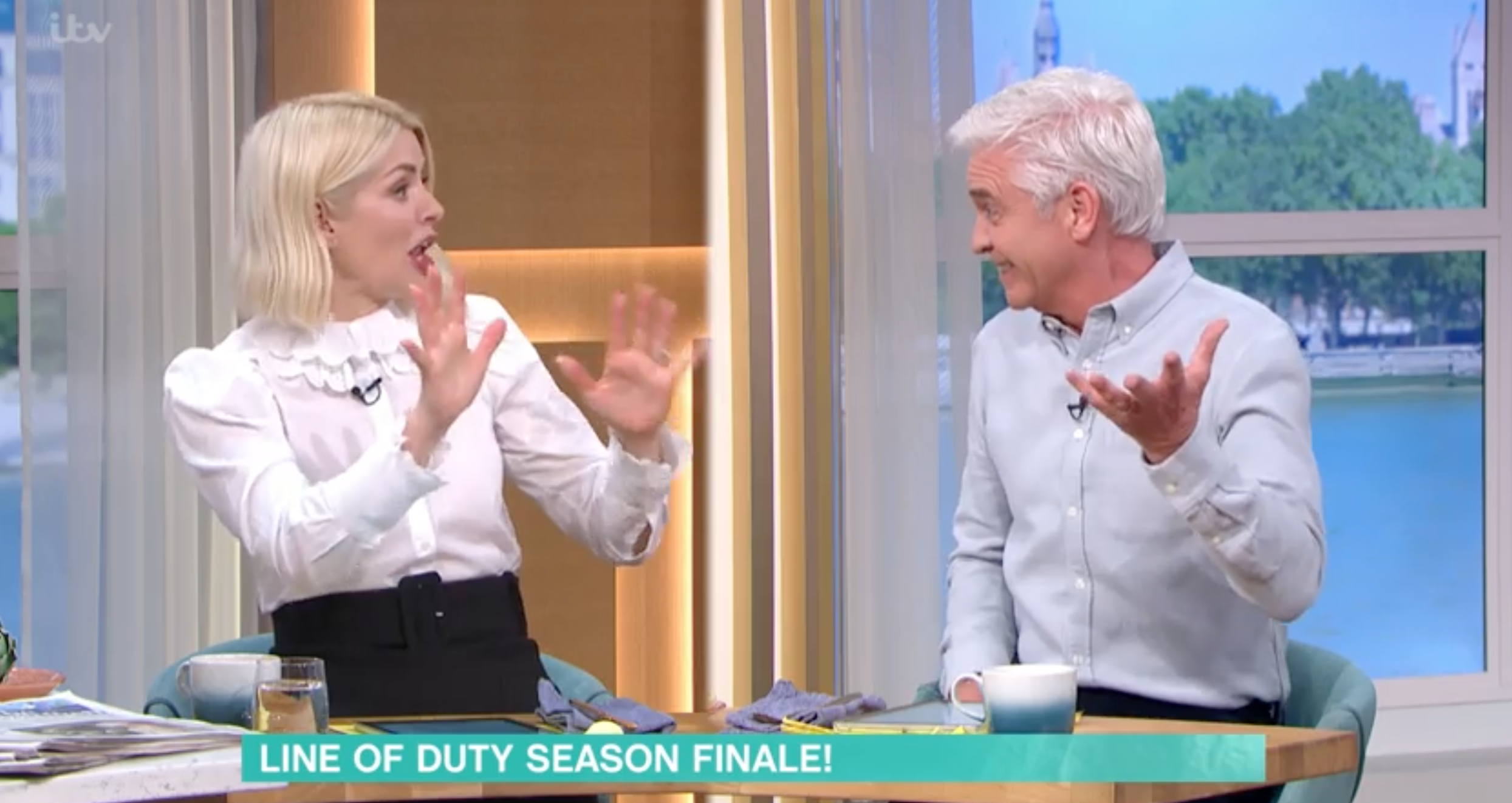 "The country is gripped by LOD," said Phillip.

"We have – and all I'm allowed to say is – on Monday's show a very exciting guest pertaining to that show."

Holly laughed: "I'm glad you're saying this not me, because I definitely would have messed it up."

Phillip replied: "I am treading the line of what we were allowed to say this morning. 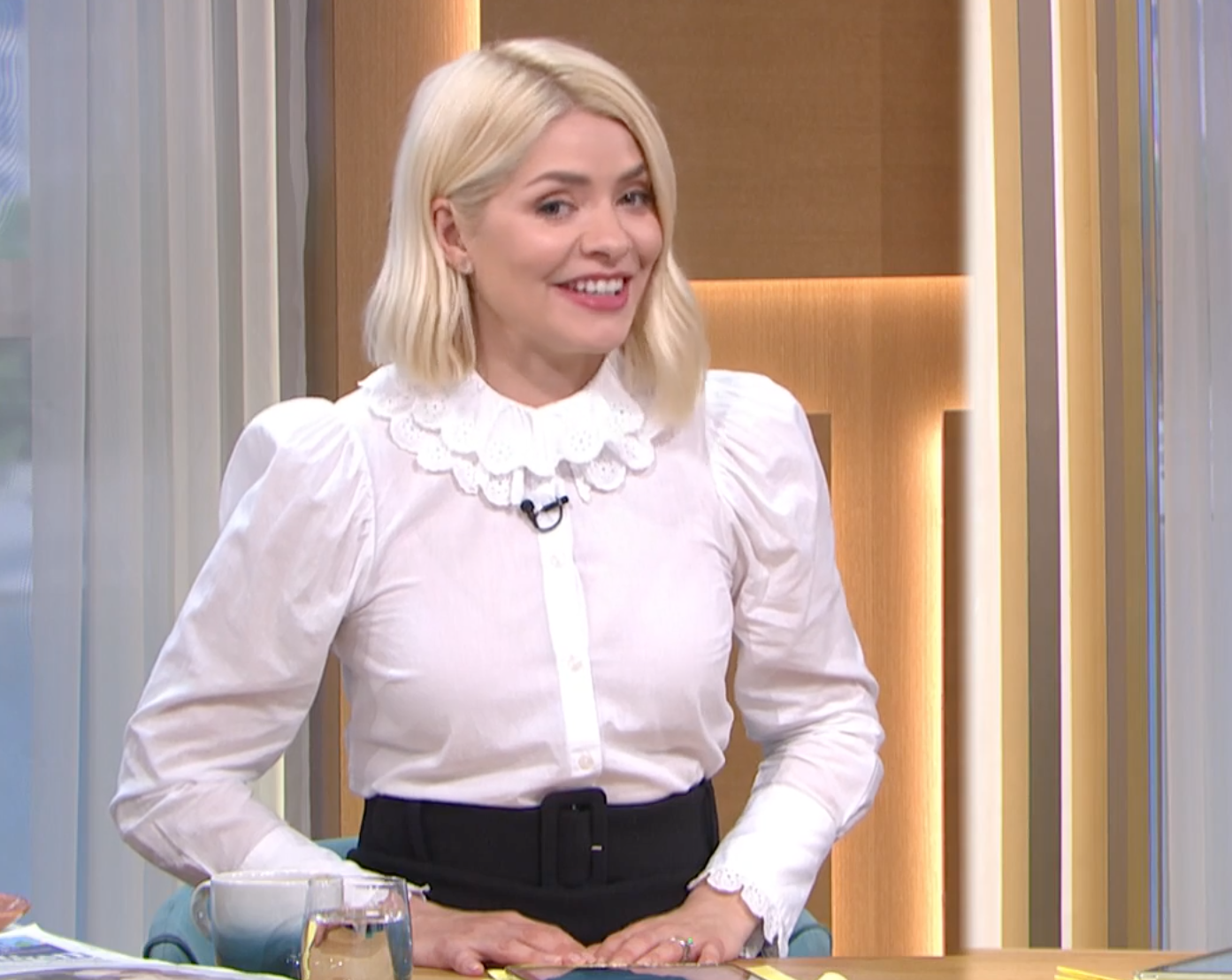 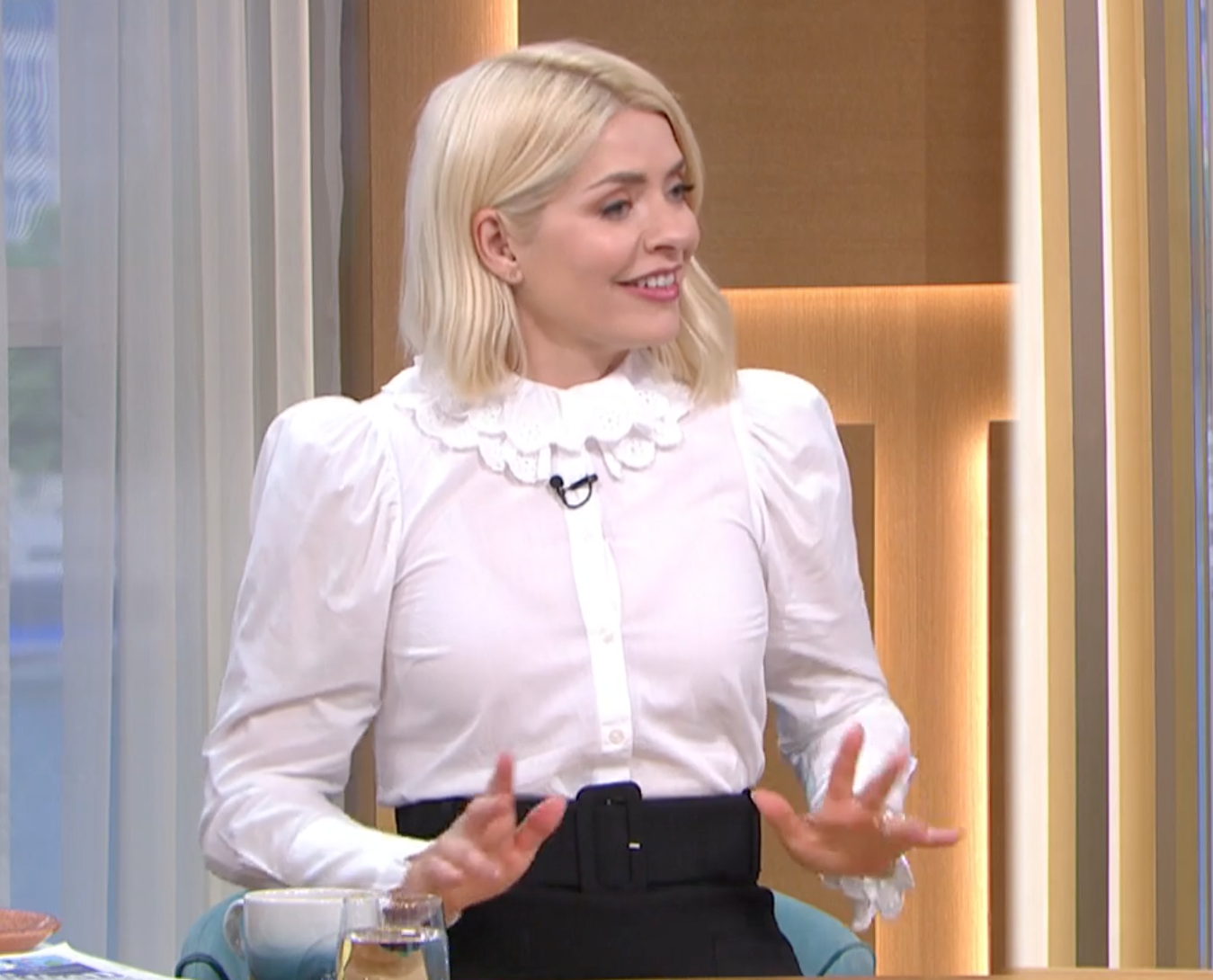 "It's so exciting. We need closure, something.. we need something."

Some viewers have a theory that loathed Det Chief Supt Patricia Carmichael signals to Jo Davidson (Kelly Macdonald) that she is the mysterious kingpin “H” during their interview.

The theory goes she is letting Davidson know she too is crooked and is warning her not to give too much away to DI Arnott (Martin Compston) and Supt Hastings as they grill her. 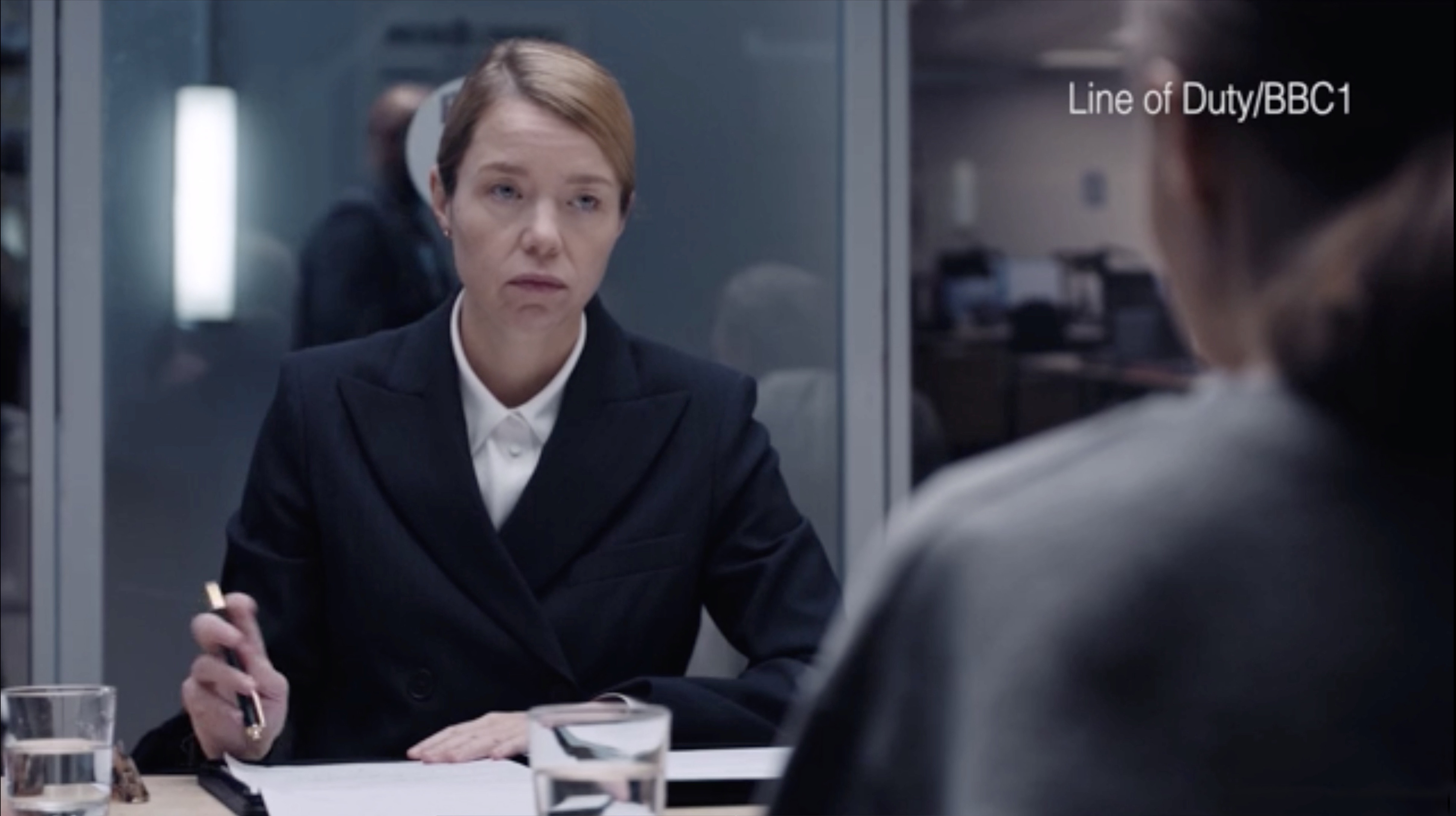 Eager fans reckon Carmichael does this through Morse code, tapping her pen on the desk four times to signify the letter H.

Far-fetched? Maybe – but dodgy DI Dot Cottan did something similar as he lay dying in season three.

And Carmichael (Anna Maxwell Martin) has long been regarded as an obvious villain.