HOLLY Willoughby screamed and fled the This Morning set in fear while a lumberjack attacked a tree.

The 38-year-old star ran off behind the cameras as timber-sports champion Elgan Pugh demonstrated his wood-chopping skills to her and Phillip Schofield. 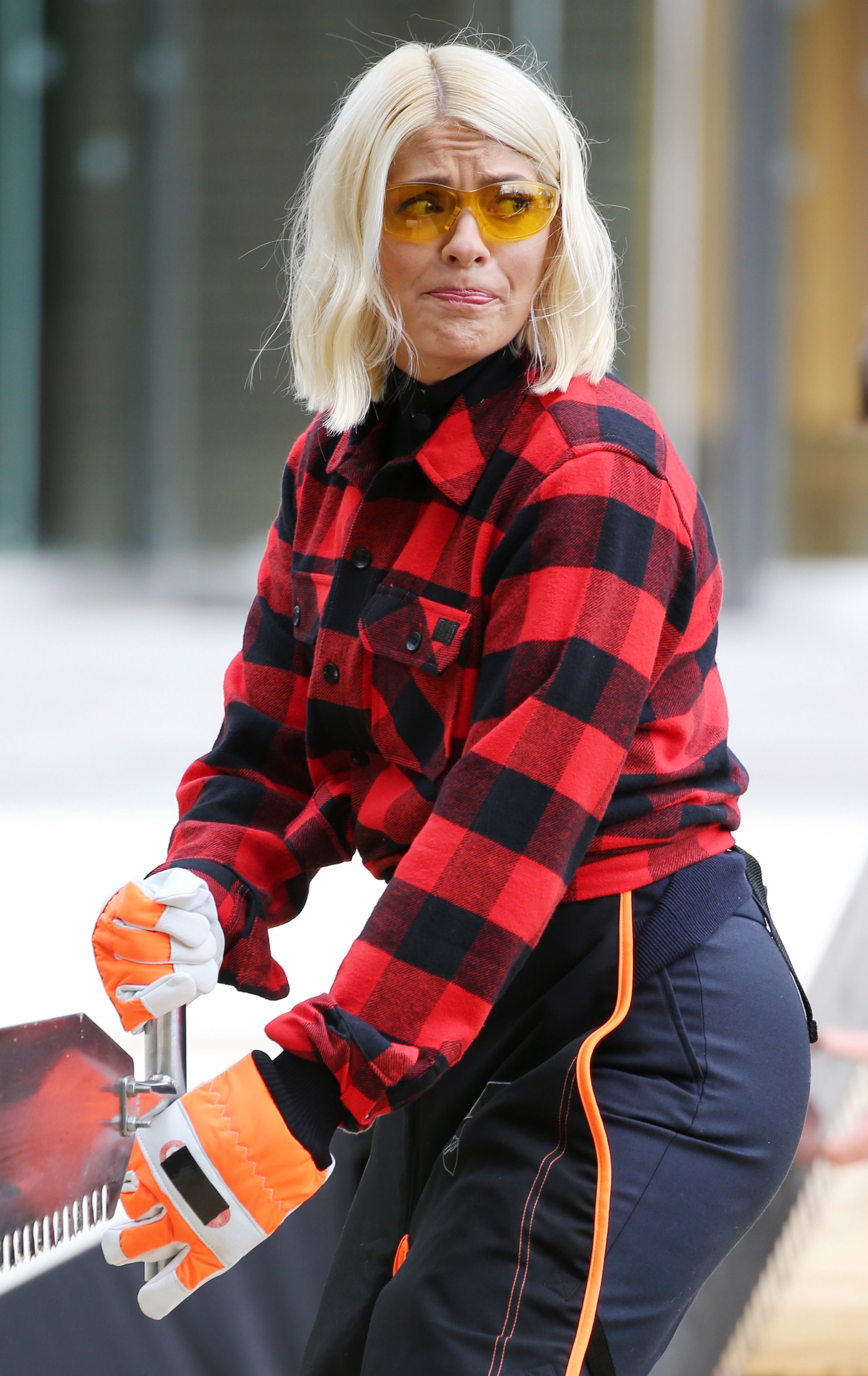 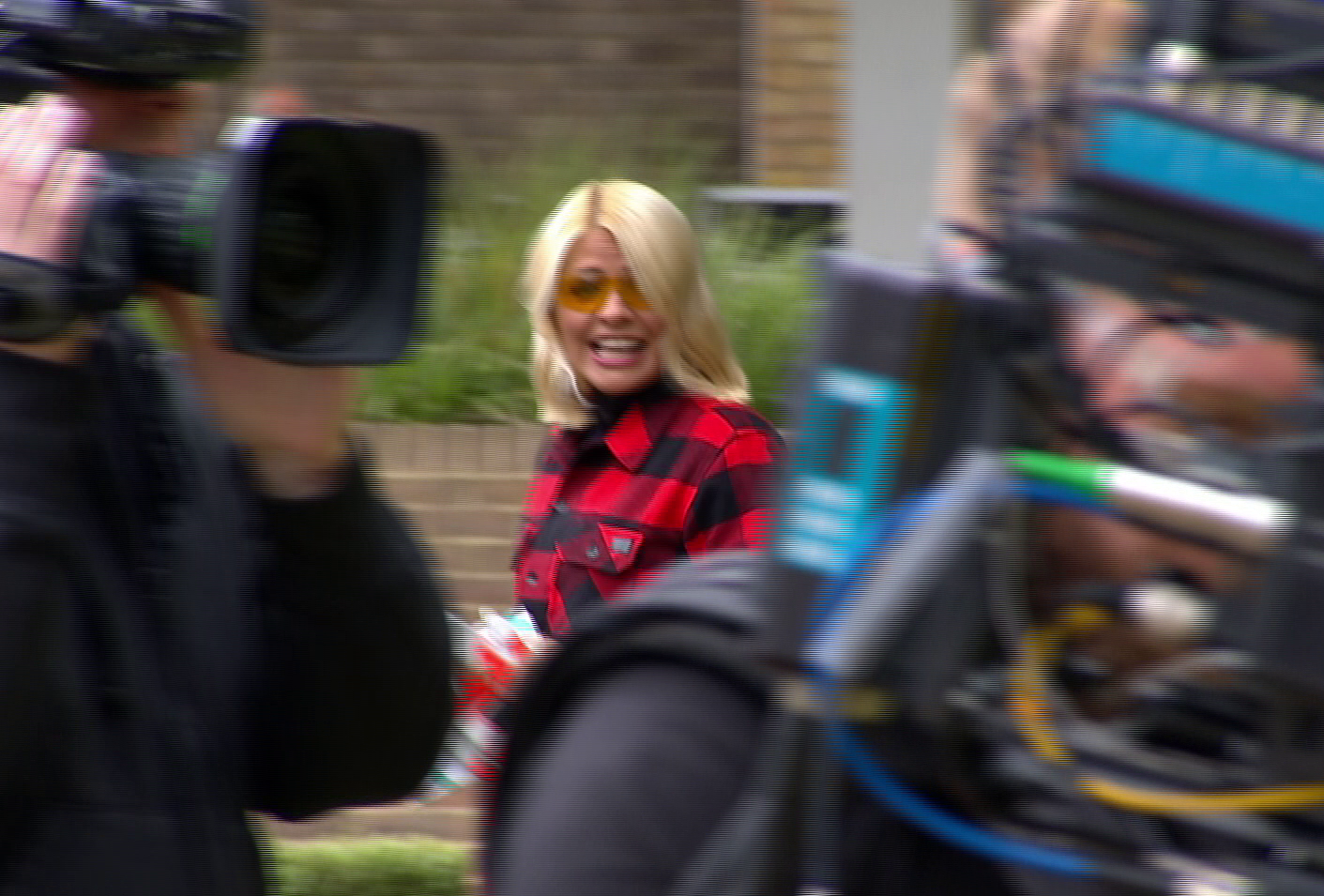 She freaked out as the beefy builder grabbed an axe, running behind the cameramen, yelping: "Oh my god. Oh no. Oh no. What if he lets go of it?"

Holly's dramatic reaction appeared to amuse Phillip who shouted over to her: "Holly, come over here. Can you imagine how perfect that would be for a winter fire?"

Once the display was over, Phillip joked that she'd fled so far she was in the area half a mile from the show's Television Centre base, where the Westfield shopping centre is based.

He mocked: "Look at the state of you. You were nearly in Shepherd's Bush." 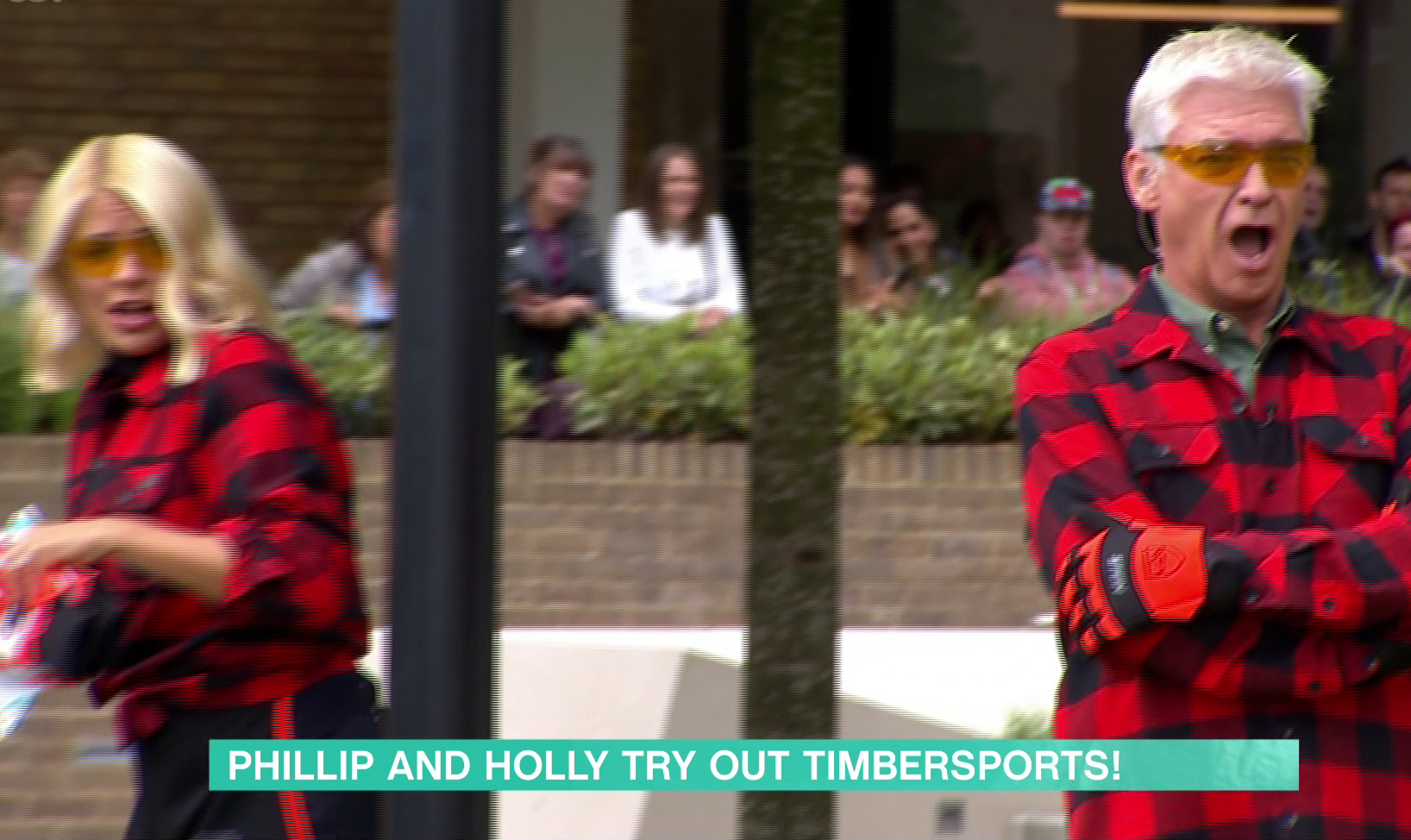 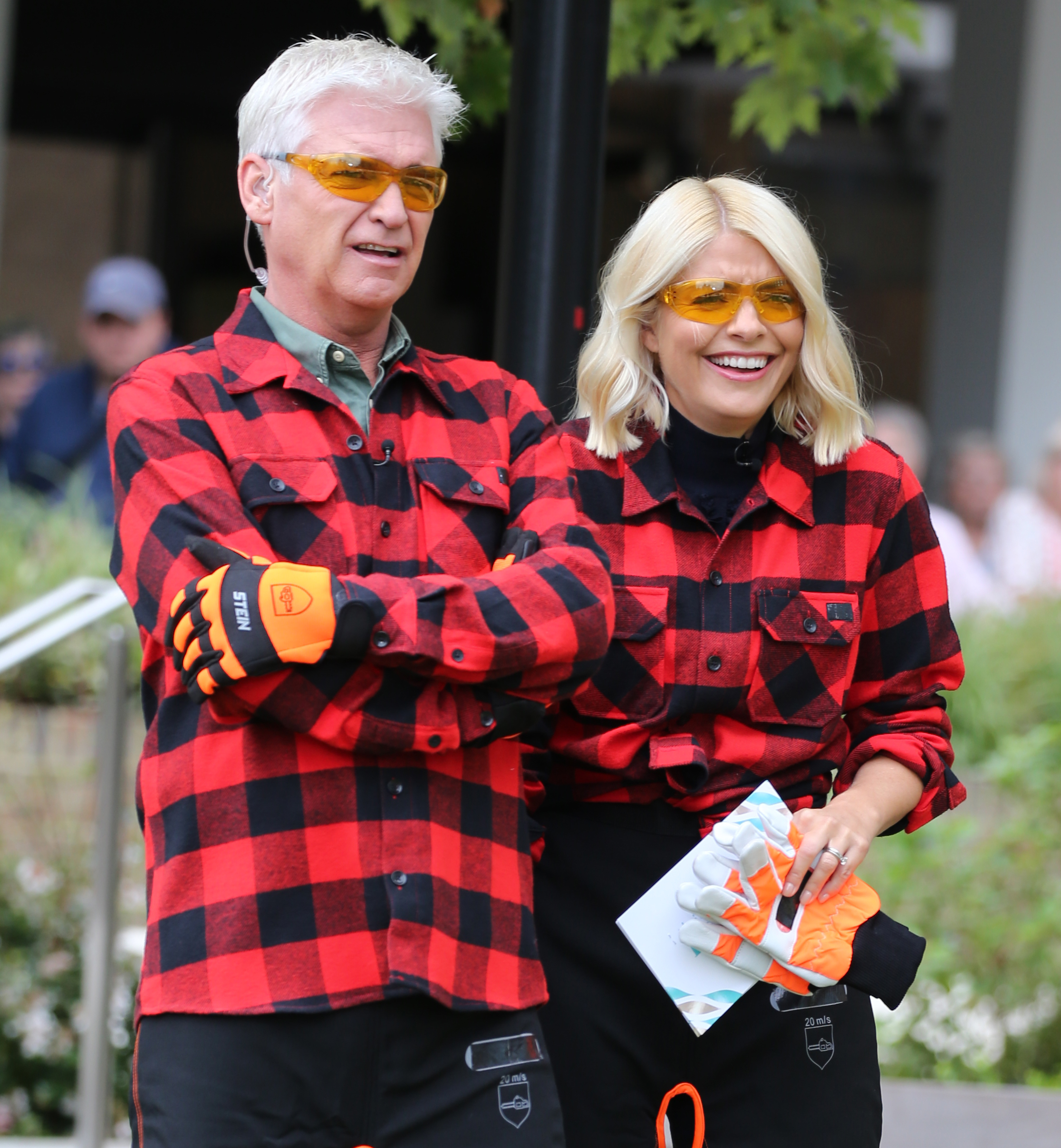 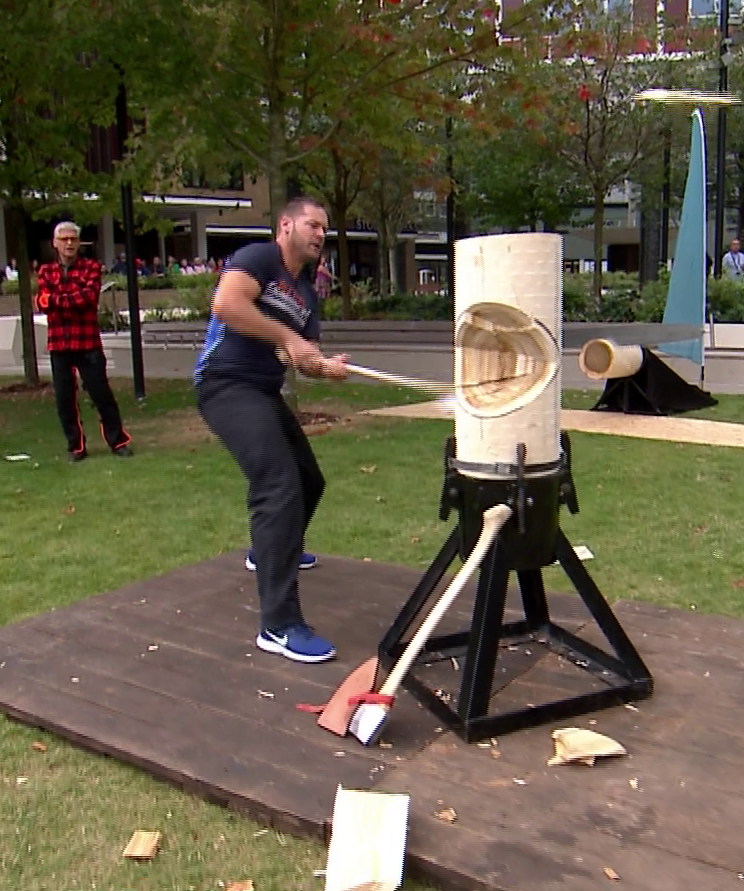 She added: "I just had visions of that thing slipping. I was nearly in Westfield."

The pair later took on beefy Elgan in a wood-sawing challenge known as the 'double buck'.

However, while the saw-swinging powerhouse made light work of his log, Holly and Phil weren't quite so fast.

She screamed: "Stop, I don’t want to do it anymore" but Phil roared: "I’m not stopping until we get to the commercial break."