HOLLY Willoughby was left stunned on today's This Morning by a guest who has fathered 150 children by having sex with women and fleeing before their partners return home.

The American man, who went by the pseudonym Joe Donor, has been a sperm donor for 12 years and estimates half of the children he has fathered were conceived through natural insemination. 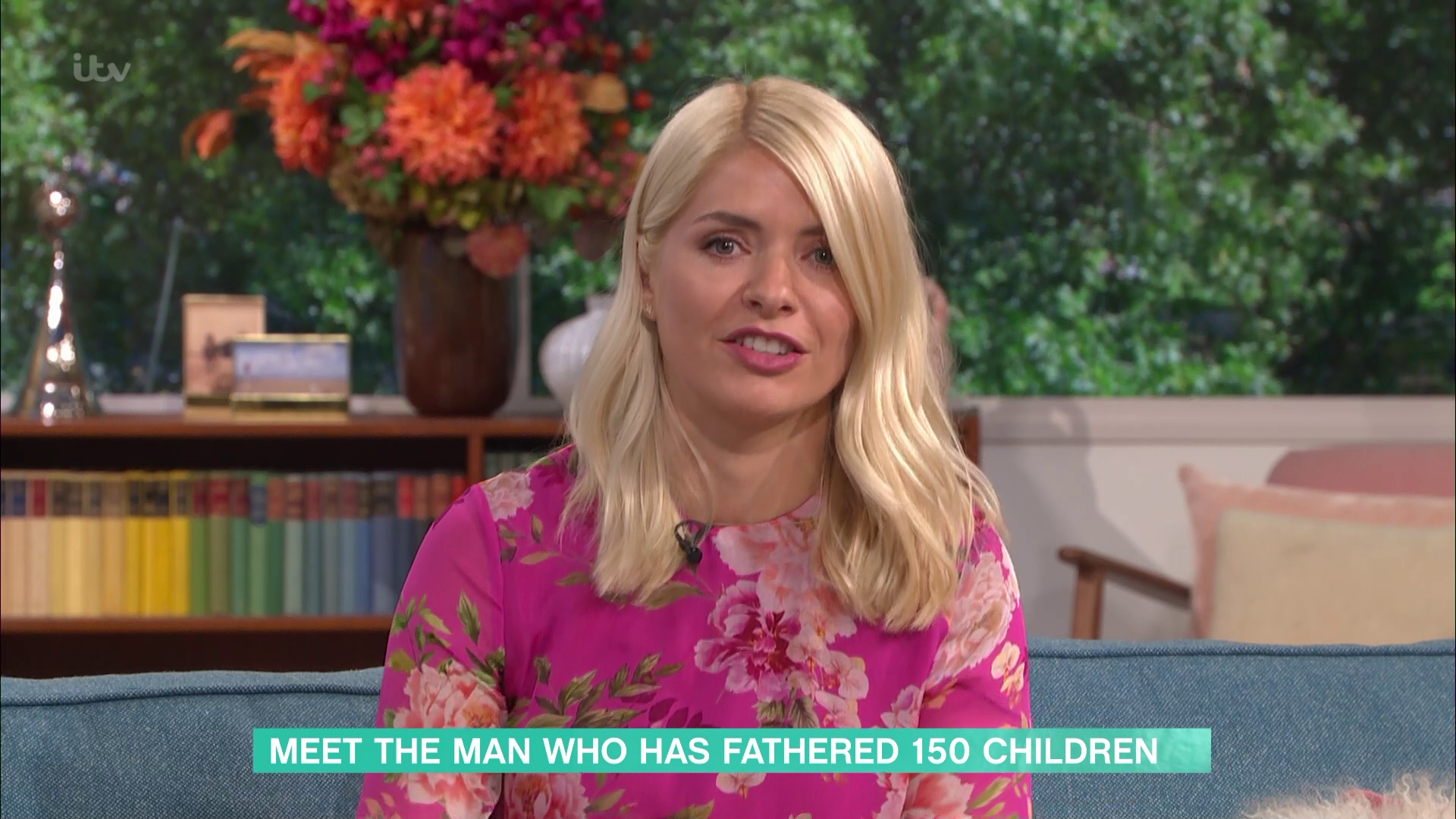 Joe jets around the world in order to give the gift of life and keeps check of his successes on a spreadsheet.

His work isn't without its risk, with the highly-sexed donor revealing he's been threatened at gunpoint by angry partners.

He explained: "As you know in the United States everyone has a gun, and sometimes the partners come home and 'oh my God, what's going on here?' and the guns come out and that's when I try to leave."

Stunned Holly responded: "Oh my God, that is horrific." 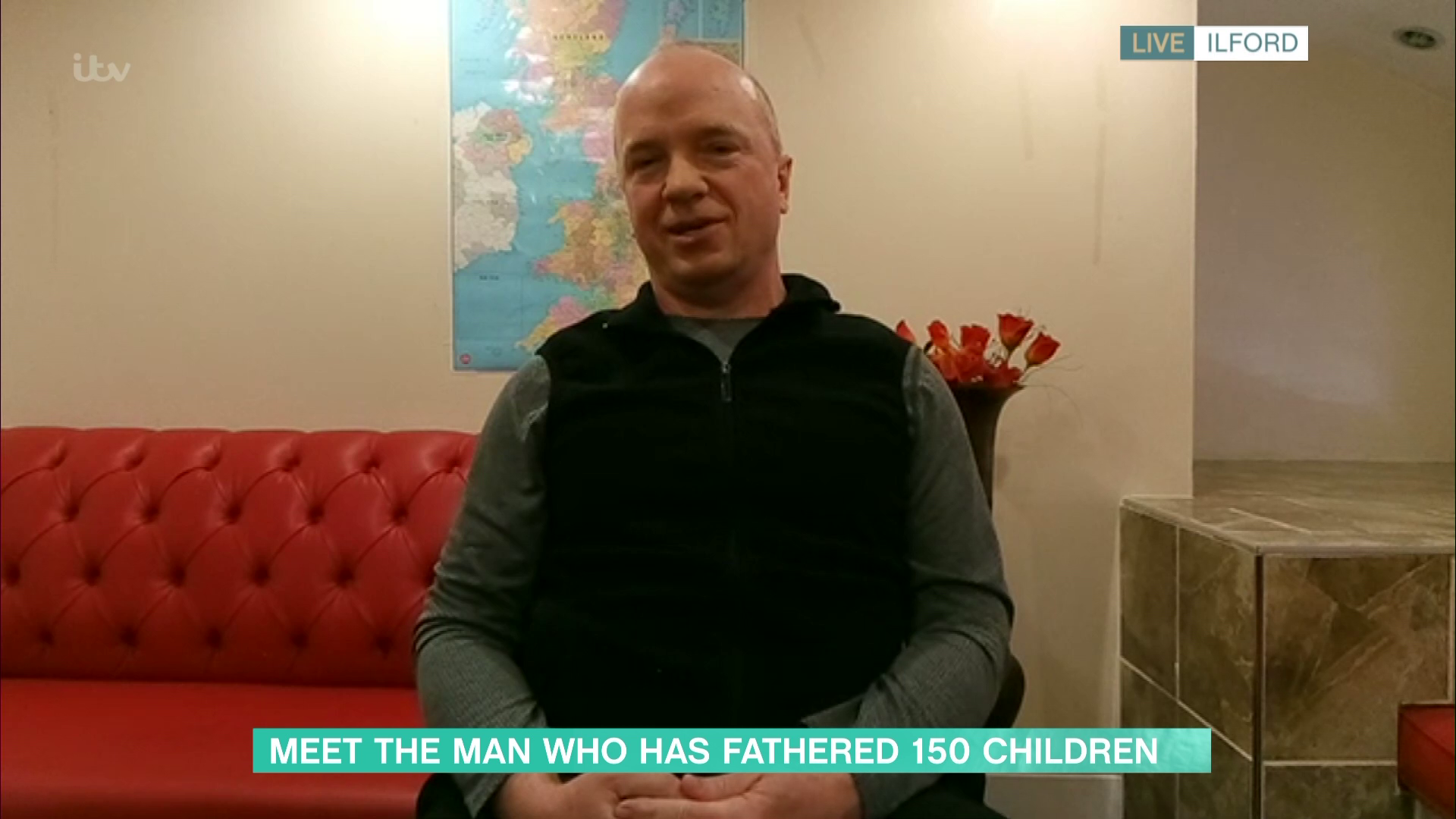 Joe, who boasted his volume of sperm is the reason he averages 10 pregnancies a year, spent lockdown in Argentina and helped create five pregnancies in that time.

Phillip Schofield questioned if he's been respecting the coronavirus guidelines.

Joe responded that he wears a mask during intercourse and does positions that lessen the risk of transmission.

He told how his motivation is to create life rather than financial reward, admitting if he breaks even on travel expenses he's doing well.

"I'm creating lives, but I'm not driving a Rolls-Royce to the golf course," he said. 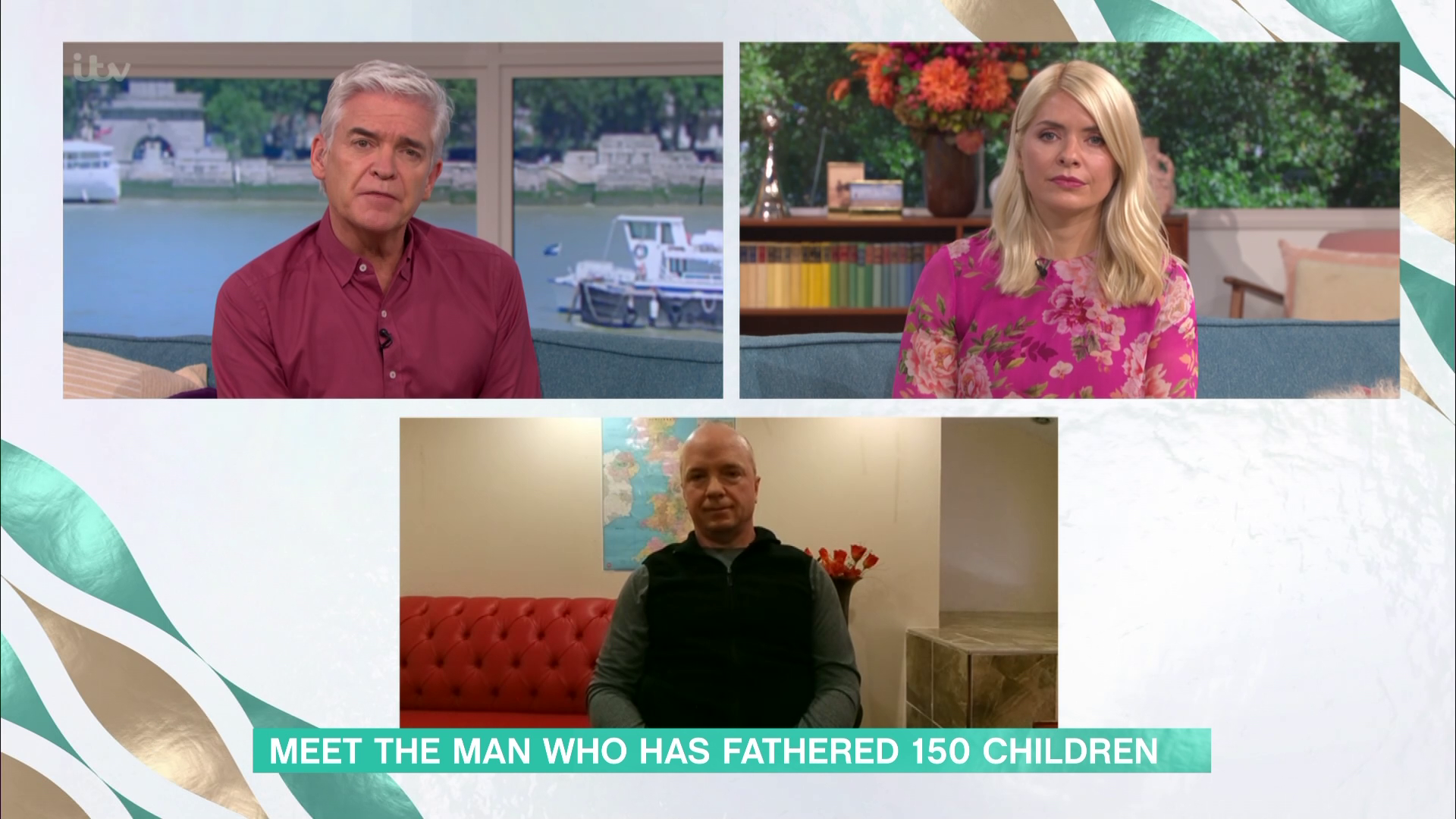 He downplayed other risks too like STIs and the chance of his children forming relationships in the future unaware that they're related.

Viewers had mixed feelings towards his service.

One seethed: "I speak for everybody when I say Joe Donor, you disgust me! #ThisMorning."

Another posted: "@thismorning I think we all know what Joe Donor was getting out of what he does. Tripping across America and round the world, expenses paid jumping into bed with lots of women."

As a third said: "This man on @thismorning donating sperm by having sex with random women some are married as well."