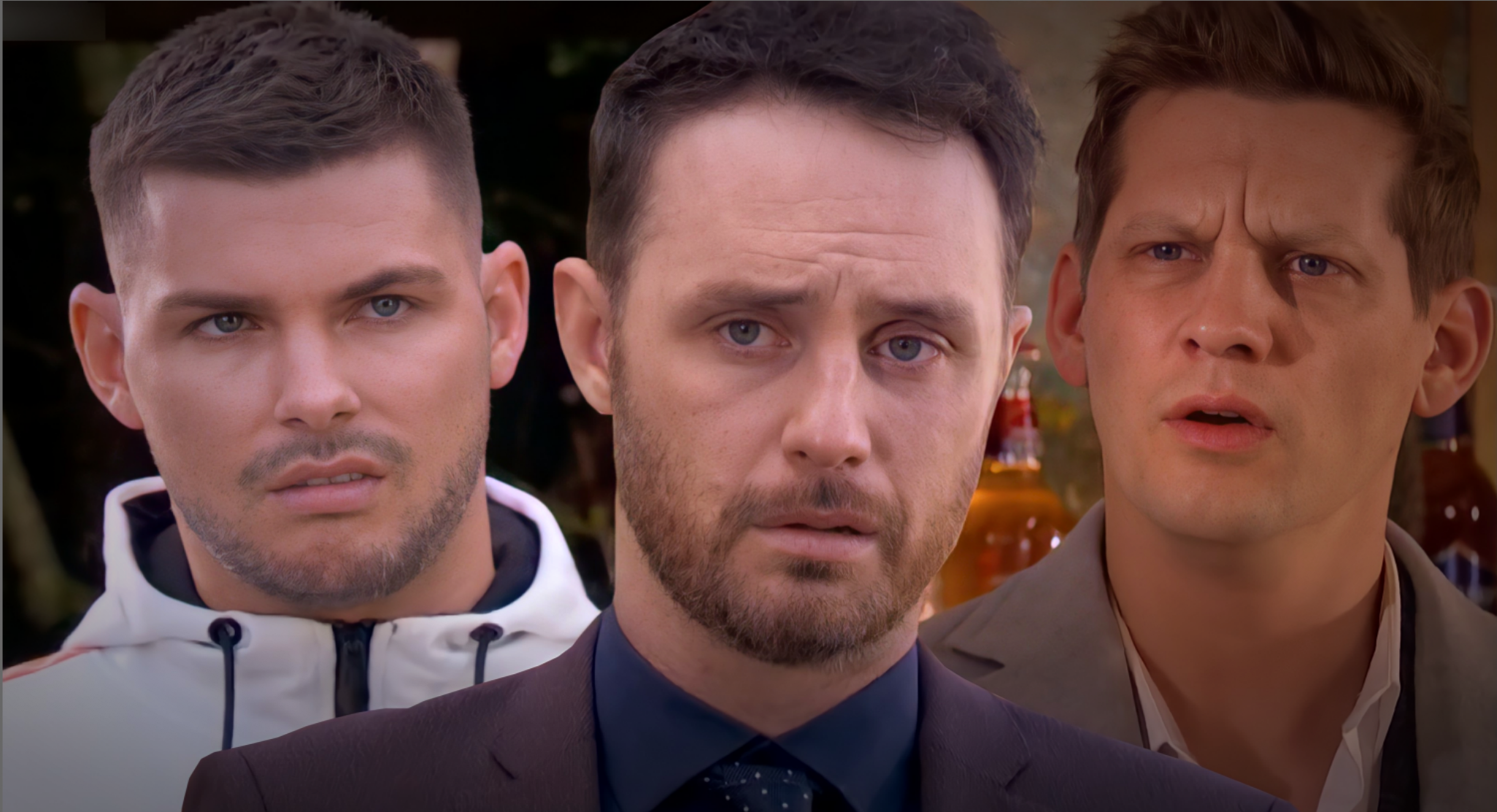 Hollyoaks’ formidable solicitor James Nightingale (Gregory Finnegan) has resolved many complicated legal matters, but will he have as much success when it comes to matters of the heart?

The jury is still out on that one.

The legend, who made his first appearance in the Channel 4 soap back in 2016, was head over heels for ex John Paul McQueen (James Sutton) last year.

With John Paul unwilling to give them another shot, James soon looked elsewhere for romance, but little did he expect to find it with Ste Hay (Kieron Richardson).

The pair enjoyed their several steamy dalliances, but conflict over James’ honesty relating to his feelings for John Paul resulted in Ste calling things off.

Next week, however, Ste has a change of heart, as he battles with his feelings for James, and decides that he’d like to fix their broken relationship.

James, however, has shared a kiss John Paul, who admits that he’s not ready to move on.

The lawyer therefore asks John Paul to keep a lid on their kiss, as he doesn’t want Ste finding out.

Little does he know, however, that Donna Marie Quinn (Lucy-Jo Hudson) was lurking behind the bins, and she heard everything!

Donna Marie, having the leverage she needs, arrives at James’ flat and reveals that she knows all about the kiss, and she plans to tell the world about it unless he gets the non-molestation order, which Juliet (Niamh Blackshaw) filed against her, removed.

James has quite the dilemma on his hands, but what will he do?