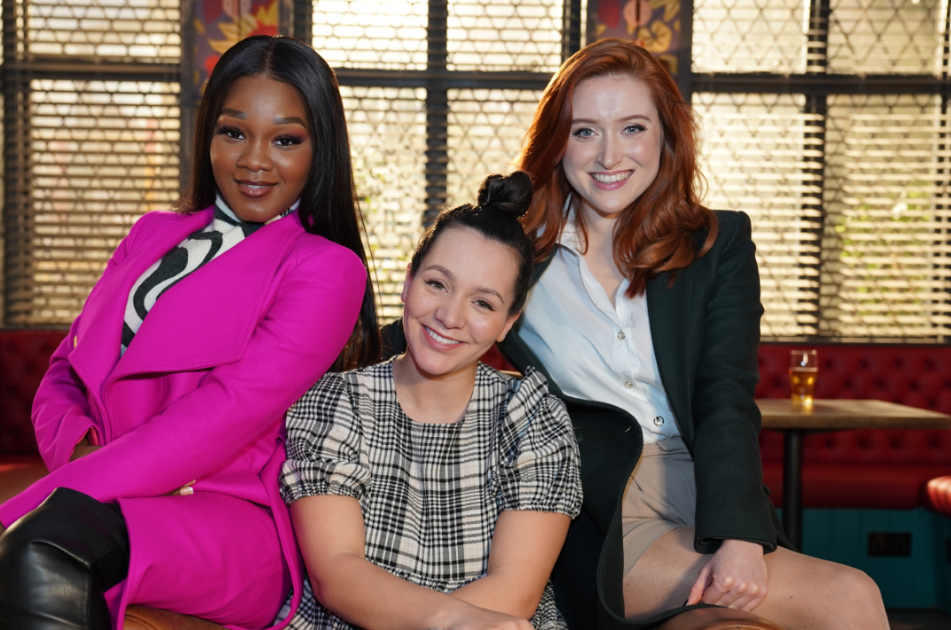 Hollyoaks is set to air a very special episode for International Women’s Day next month as the show goes through the eras to explore the labels assigned to women.

The show will start with Verity in the 1950s era but then move through to modern day, where characters including Cleo and Pearl’s granddaughter Zoe will be a part of the scenes which aim to challenge things said to women and treatment of them.

This will be reflected in the casual misogyny by male characters in the scenes but Eva O’Hara has insisted that this is not a documentary or an issue forced down people’s throats – it will be approached with tongue and cheek humour.

We caught up with Eva, who took us through exactly what we can expect.

‘It focuses a lot on the labels put on women depending on how they’d like to express themselves, it follows the ladies in the show and how they’re portrayed and seen by other characters too.

‘In a very light-hearted, enjoyable, comedic way, we’re challenging those stereotypes throughout the episode.’

And Eva insists that it is very important for it to be approached in this way; as, like we all know, some people are almost impossible to split from their outdated views.

‘Coming at people and calling them certain things, I think, only encourages them to stick in their place even more.

‘I think the writers and the team behind this script has really nailed that, there is definitely none of that. There are conversations to be had with male characters which is really important, it’s done with love and affection for the characters.’

Like every woman, it’s something that has touched upon Eva’s life so she is glad to see Hollyoaks tackling it.

She explained: ‘What’s so gorgeous is that we really do have a stella cast. We were just talking about how important it is to see women represented in TV and film and for them to be equal to their male counterparts, and the fact it’s just not acceptable anymore to see any different than that.

‘To have an episode that cleverly touches upon that really reaches into my own life and how I’m perceived and judged.’

Hollyoaks is airing this as a one off episode but Eva assured us that it is all part of the show’s ongoing narrative and continuum.

Friendships will be formed and it will play into a very prominent new storyline for Verity – something which Eva is keeping close to her chest right now.

‘I think even within the episode it is really wonderful to see flourishing friendships within the show. Slowly we begin to not only tolerate but really relish in other people’s differences and quirks,’ she added.

‘A new character is introduced quite soon who Verity is rather frosty with at first, there is a competitive eye in it but then the frost thaws, a budding friendship begins after.

‘Also, there is a storyline that’ll take Verity in a new direction which is subtly hinted at in the episode. I find that so exciting and I’m really proud of it.’