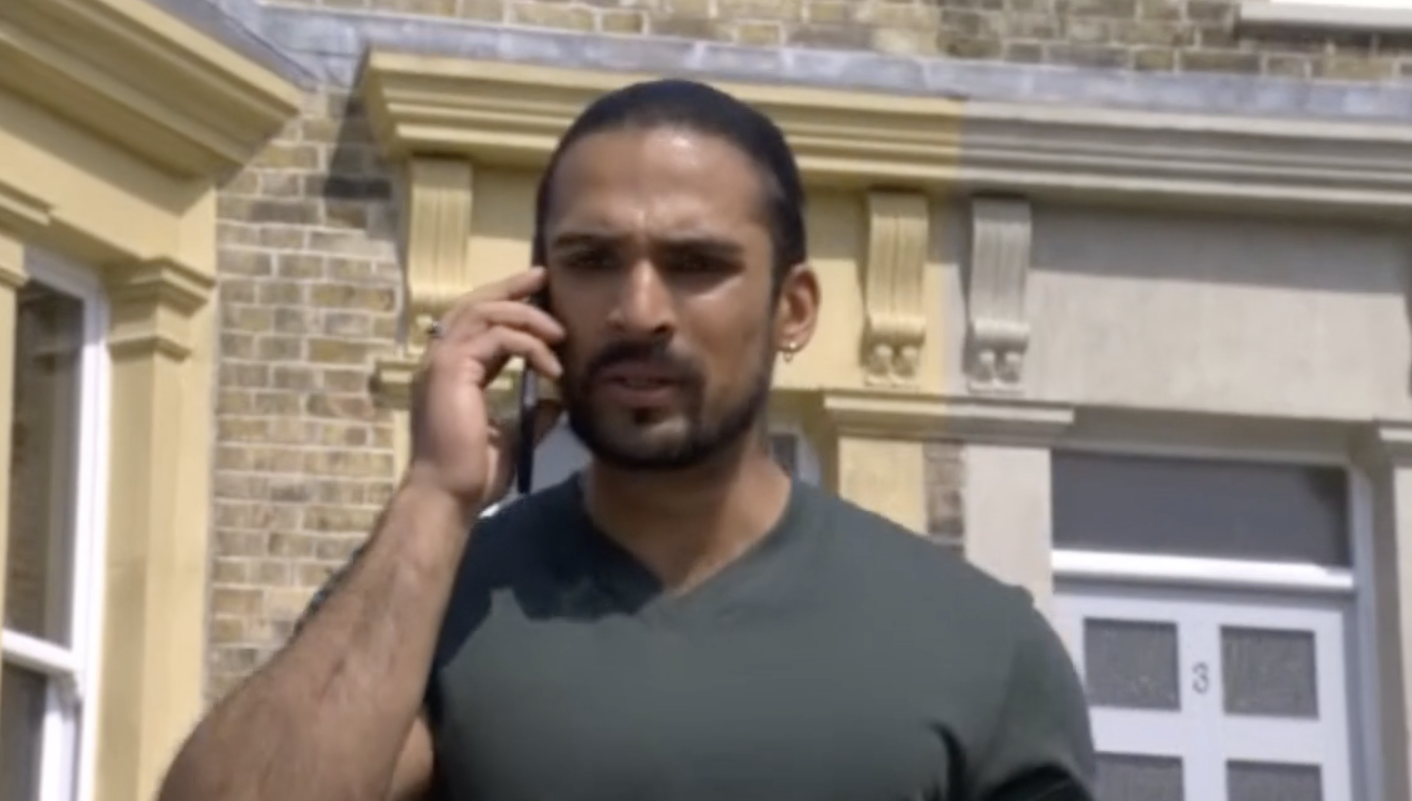 Ravi Gulati (Aaron Thiara) made a secret call in EastEnders after he became concerned about Suki Panesar (Balvinder Sopal) spilling the beans on Ranveer’s murder.

Ranveer, as viewers know, was killed last month, after he attempted to assault Suki in disturbing scenes.

Suki hit the sleazy businessman with an antique clock, a blow which she thought resulted in his death.

Little did she know, however, that Ranveer was actually still alive at this point and that Ravi – who walked in on the scene and promised to help her cover up the crime – was the one who delivered the deadly blow which killed his ‘dad’.

Ravi let Suki believe that she was responsible for the crime, and she’s struggled to come to terms with the events of that day, with an episode earlier this week seeing her wandering through the Square in her night dress in the early hours of the morning.

Eve Unwin (Heather Peace), knowing there was more to Suki’s behaviour that meets the eye, pleaded with her to open up, and Tuesday’s (September 27) edition of the BBC One soap do just that, as Suki revealed that Ranveer had attempted to sexually assault her.

But she refrained from revealing the fact that Ranveer is dead.

Eve proved supportive and offered a friendly ear, which was exactly what she needed, as she returned home and put Ravi in his place for trying to control her.

Ravi, meanwhile, was scared that Suki was going to spill the beans about what they did to Ranveer, and thus he stepped outside and made a secret phone call, telling the person on the other end of the line that they ‘have a problem’.

The question is: just who is Ravi speaking to? Does someone else know what happened to Ranveer? If so, who?

Is Ravi conspiring against Suki? Just what is he up to?

EastEnders continues Wednesday September 28 at 7:30pm on BBC One.