AS one of telly's best-loved comedy duos they enjoyed a lavish lifestyle – from driving 'his and his' Rolls-Royces and performing to crowds of knicker-hurling fans to relaxing in beachfront mansions in Spain.

But things weren't always rosy for Cannon and Ball – with the former welders battling through a three-year feud and even bankruptcy during their nearly 60 years together. 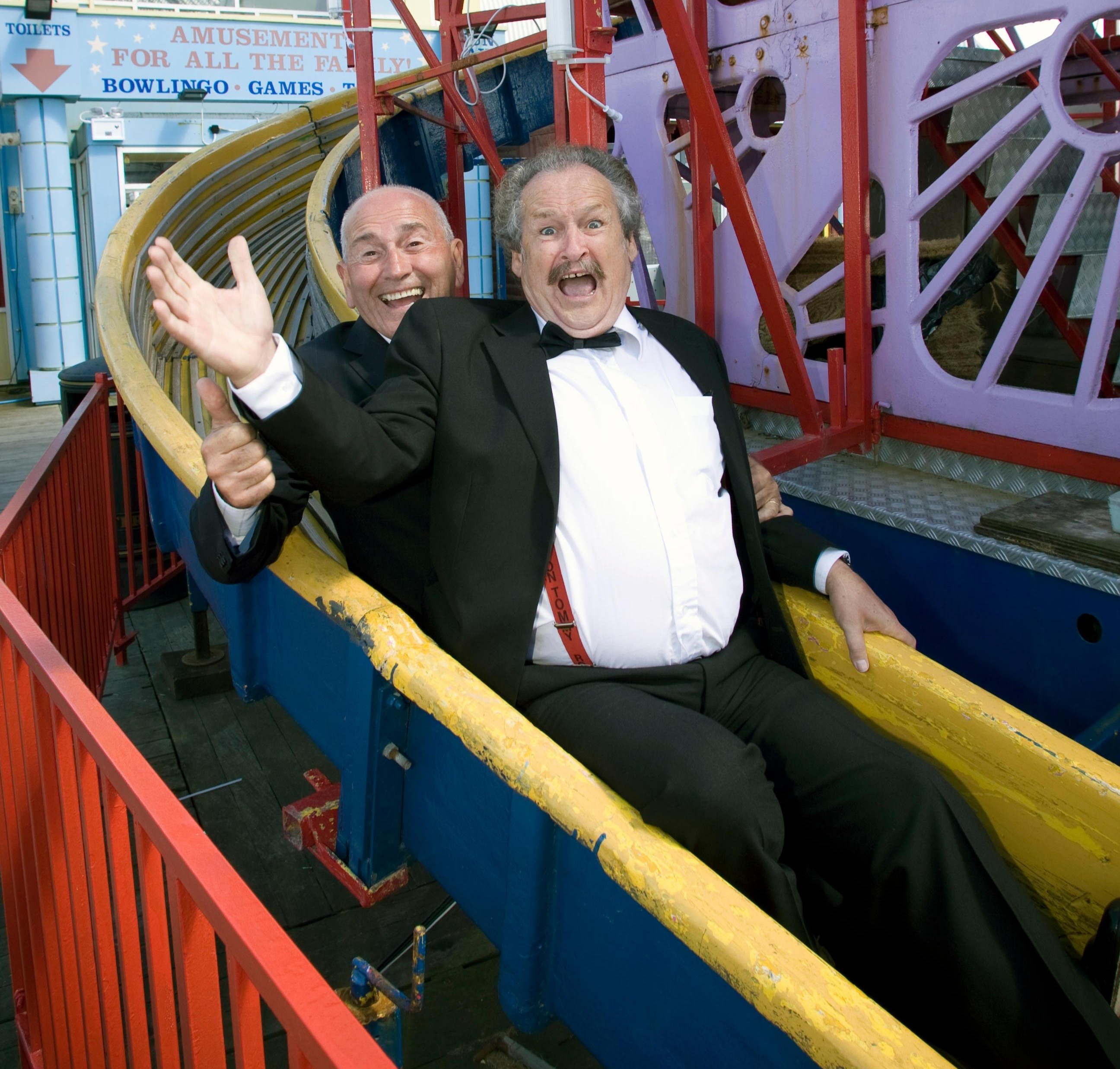 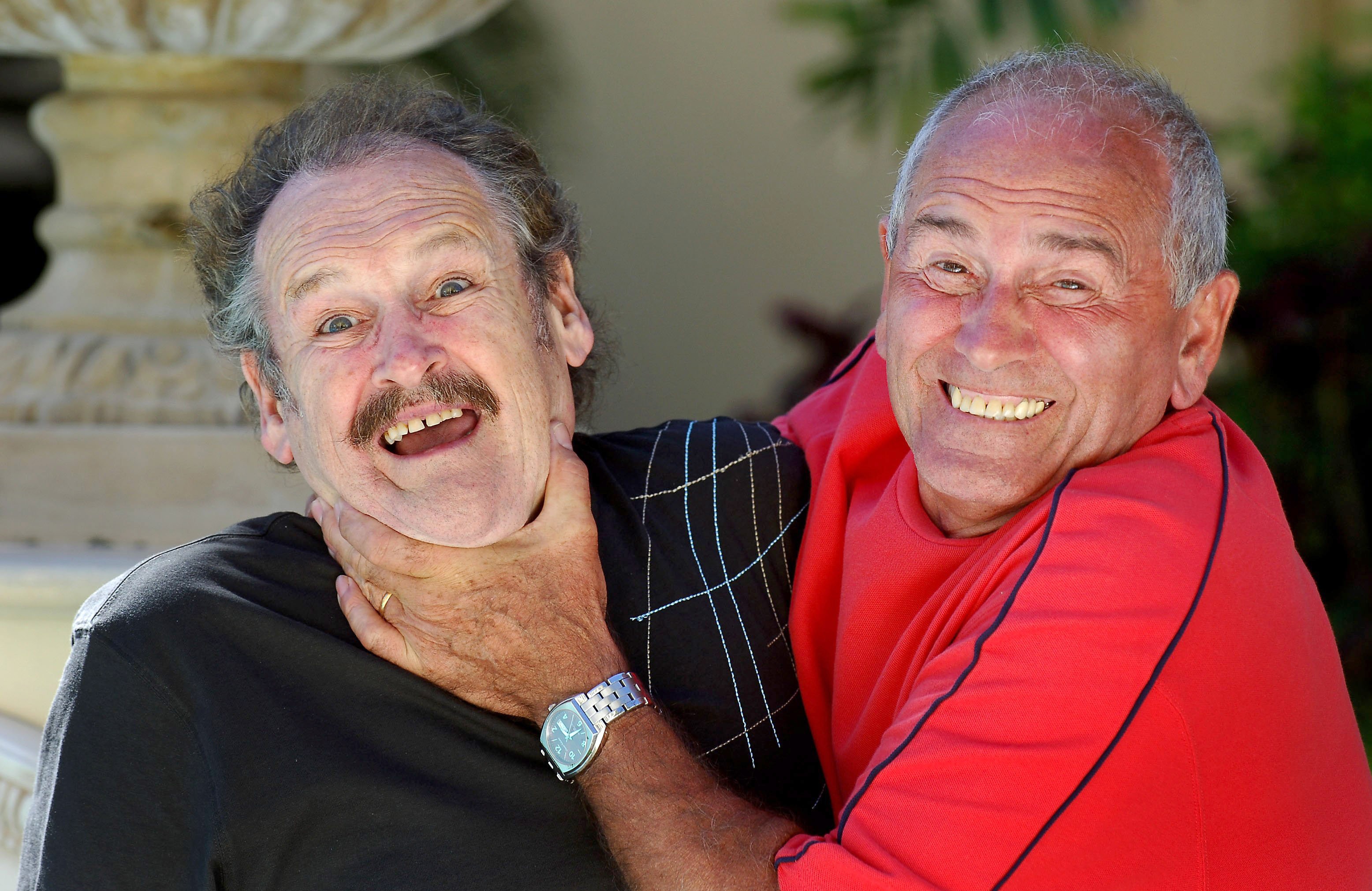 Despite their famous catchphrase, "deep down, you really hate me don't yer!", Bobby Ball and Tommy Cannon remained close pals and colleagues throughout their ups and downs.

Yet now, their incredible partnership has come to a tragic end as Ball died aged 76 at Blackpool Victoria Hospital, Lancashire, last night after testing positive for coronavirus.

"Rock on, my good friend, I can't believe this, I'm devastated," Cannon, 82, said in a tribute today, referring to Ball's iconic “Rock on, Tommy!” catchphrase.

Here, as the showbiz world pays their respects to a "comedy legend" and "genuinely lovely" family man, we look at the rollercoaster lives of the talented Cannon and Ball. 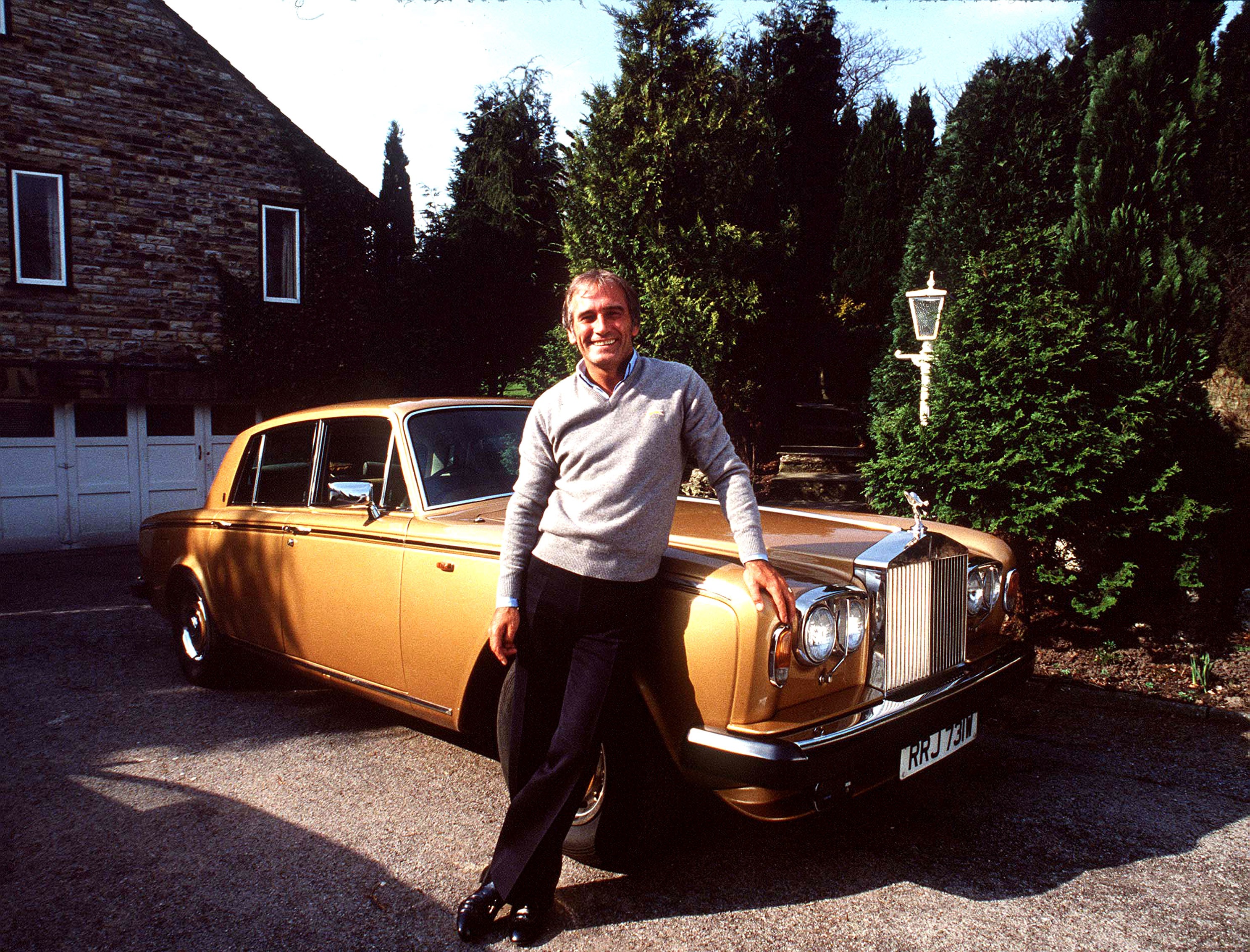 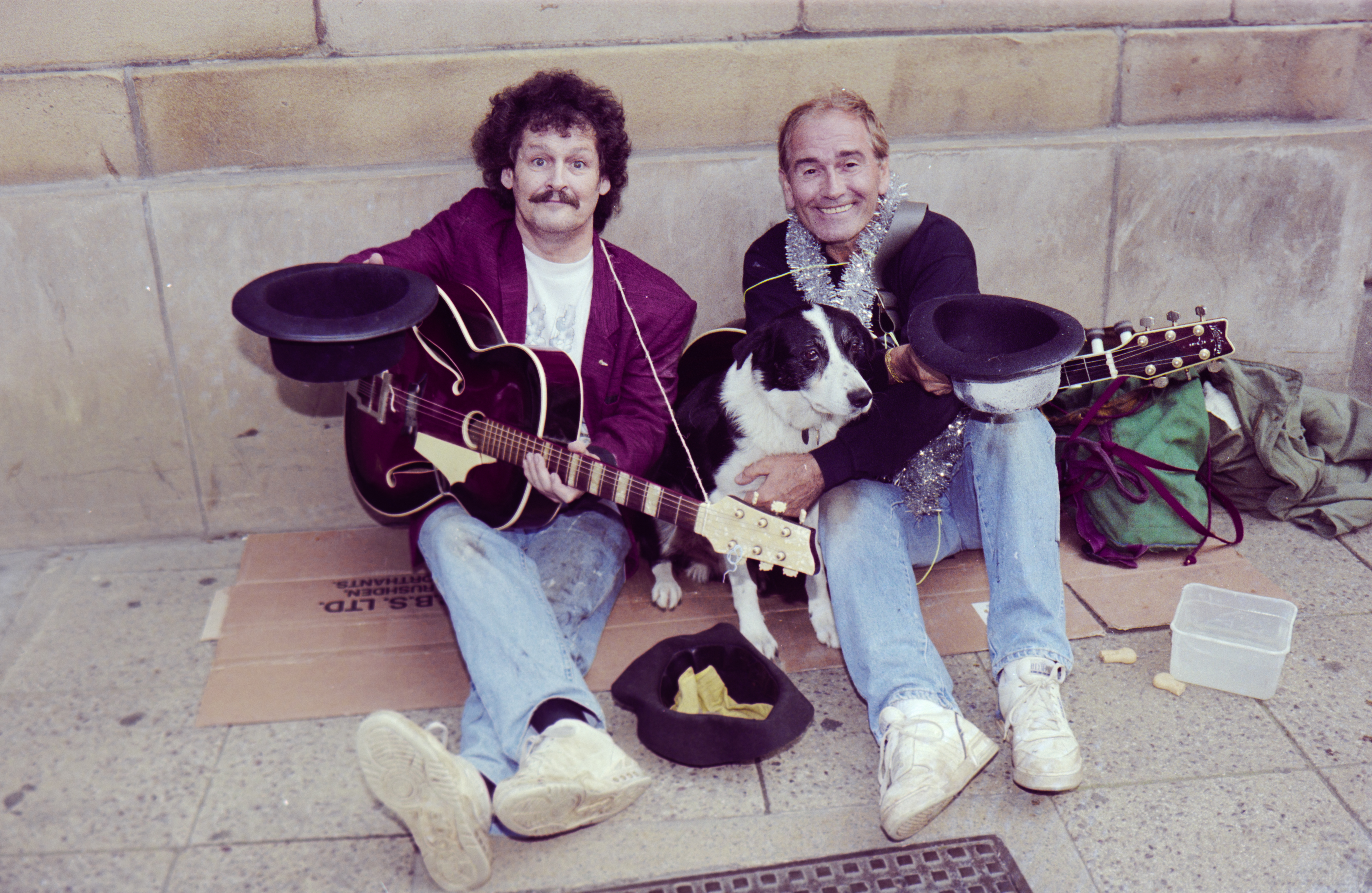 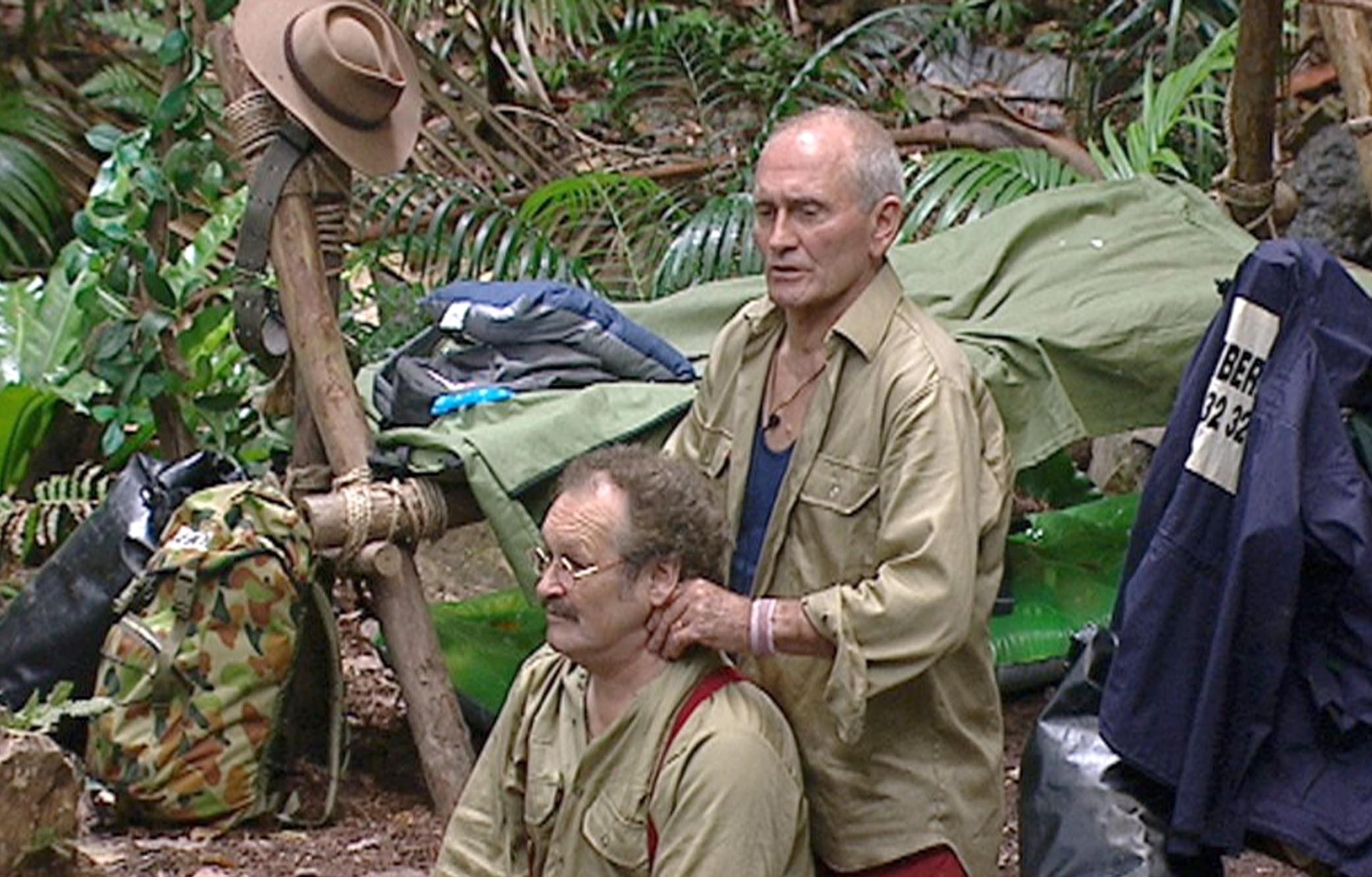 From welders to superstars

Ball, born Robert Harper in Oldham, Lancashire, and Cannon, real name Thomas Derbyshire, met while working in a welding factory in the 1960s, when Ball greeted his colleague with "hiya mate".

The pals started out singing at working men's clubs in Greater Manchester, before switching to comedy after being told comics earned an extra few pounds a night.

It would turn out to be the making of them: after more than a decade on the club circuit, they were offered their own series, The Cannon and Ball Show  which premiered on ITV in July 1979. 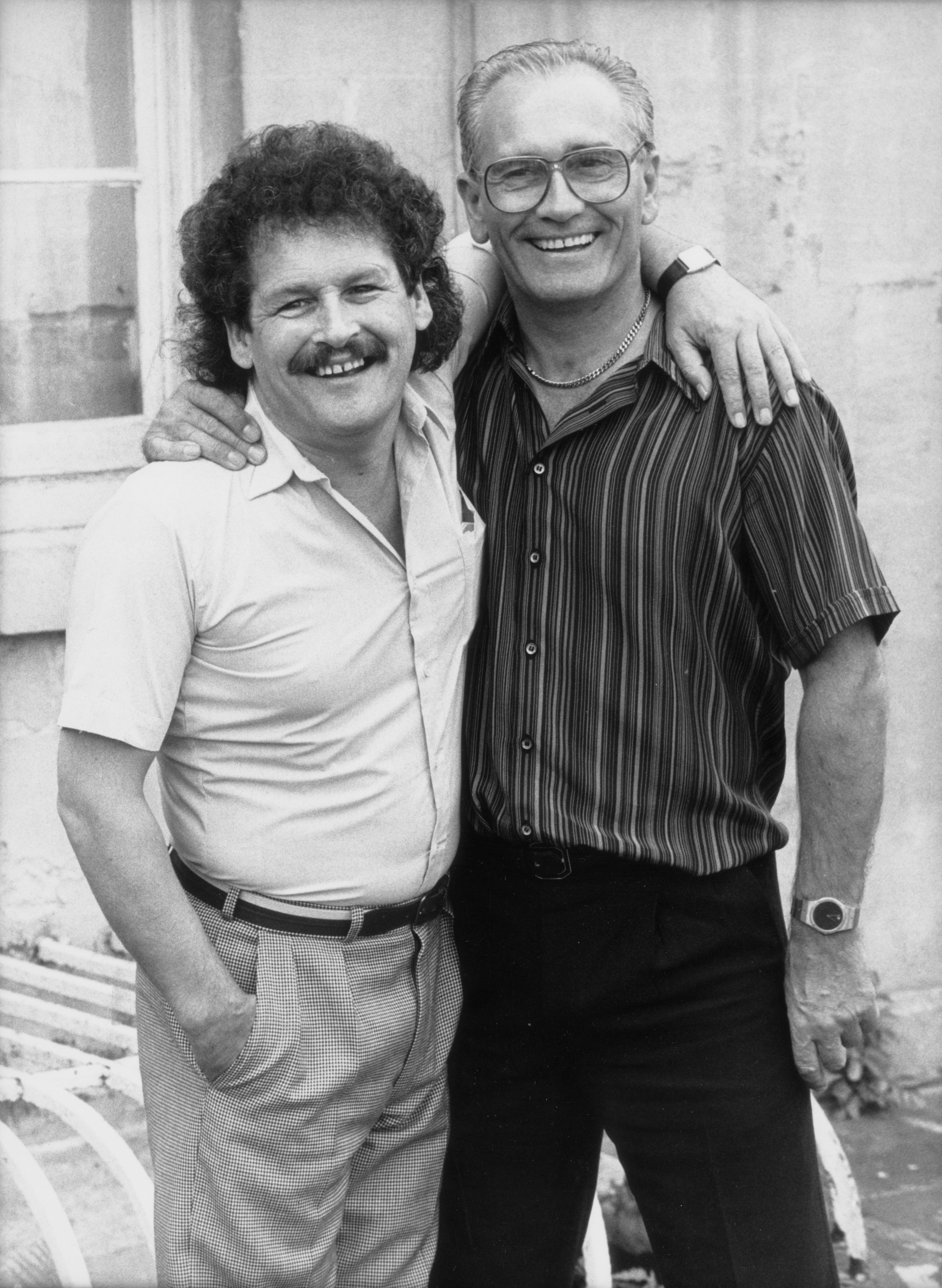 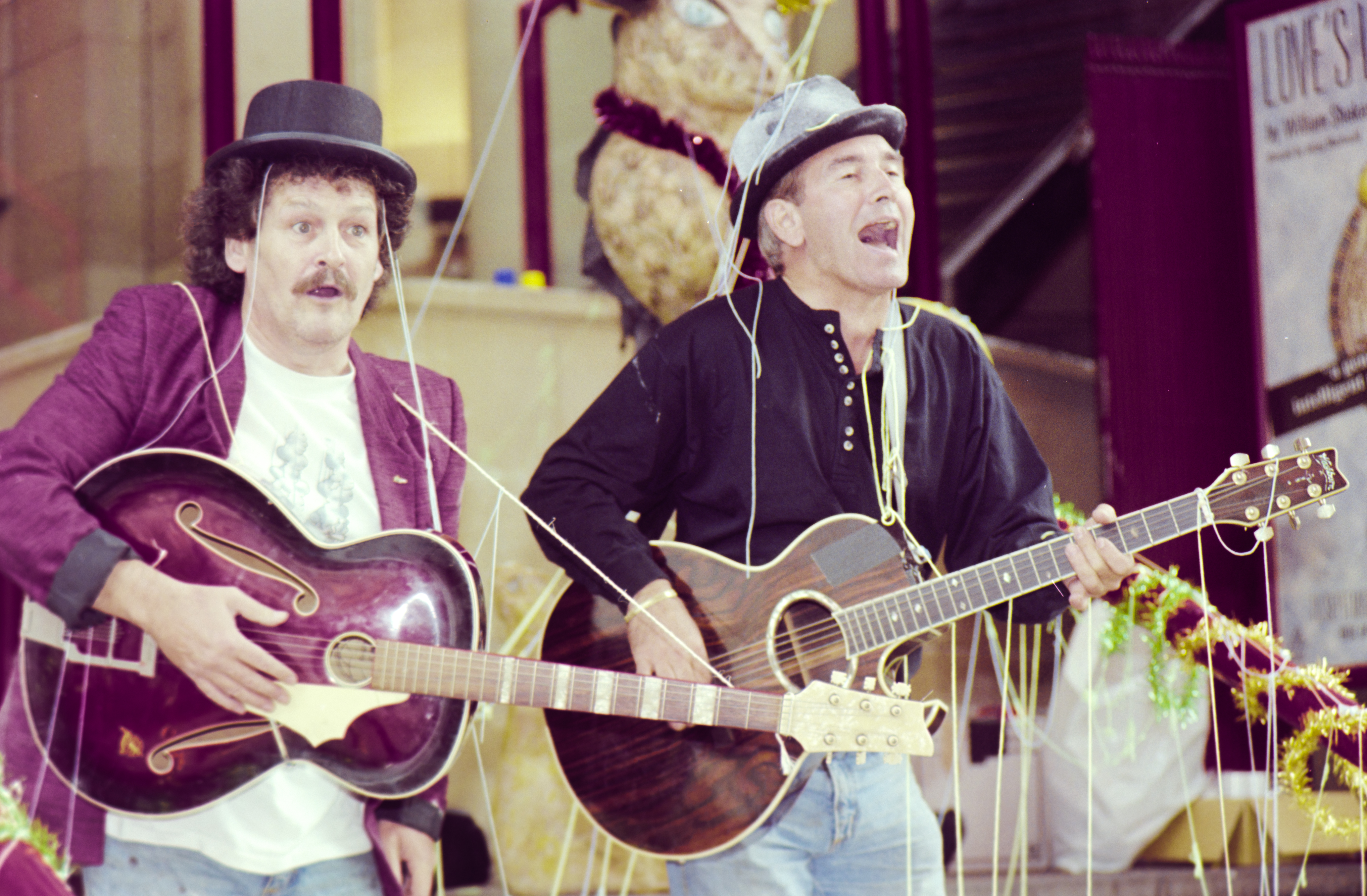 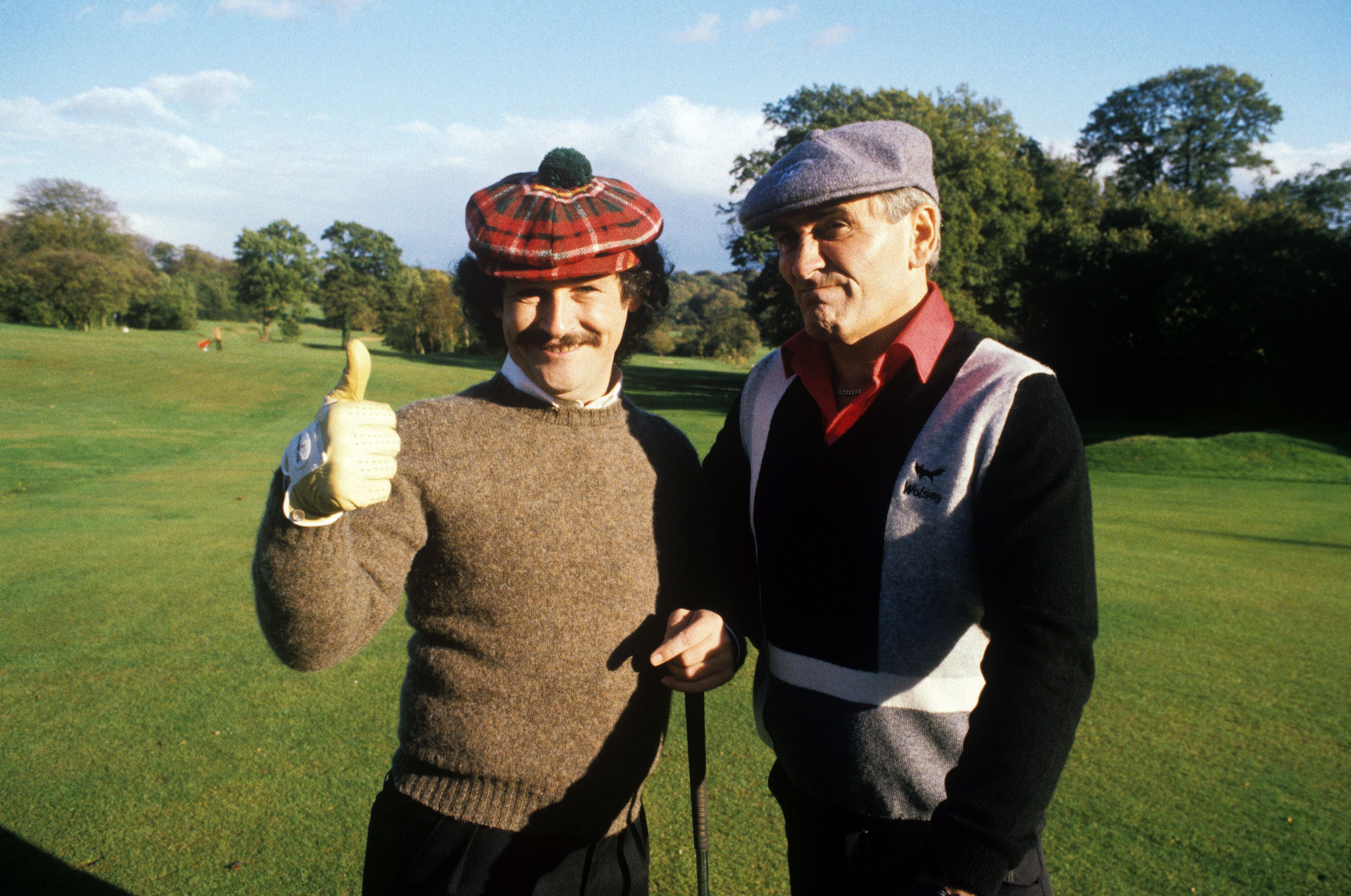 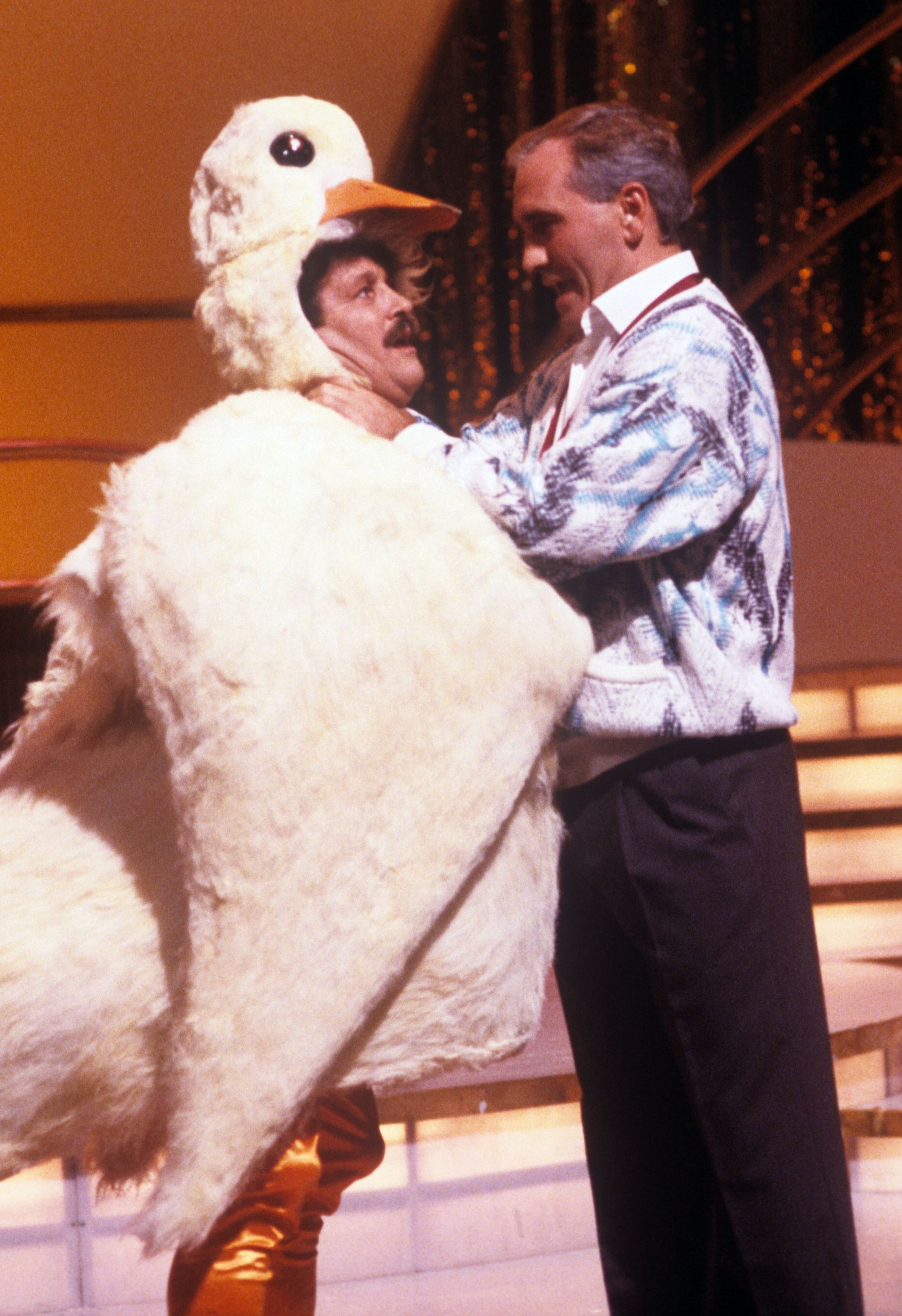 The comedy show was a massive success, drawing in a prime-time Saturday night audience of 20 million and propelling its humble entertainers to fame and fortune.

With sell-out performances, crowds mobbing them in the streets and an estimated £20million wealth, Ball and Cannon could suddenly live like comedy kings.

They splashed their cash in style, snapping up matching gold Rolls-Royces, beachfront homes in the Canary Islands and a 42ft cabin cruiser, which they enjoyed taking out to sea.

Cannon even bought the Fourth Division football club Rochdale, while Ball reportedly ploughed half a million pounds into buying a local nightclub, which he aptly named 'Braces'. 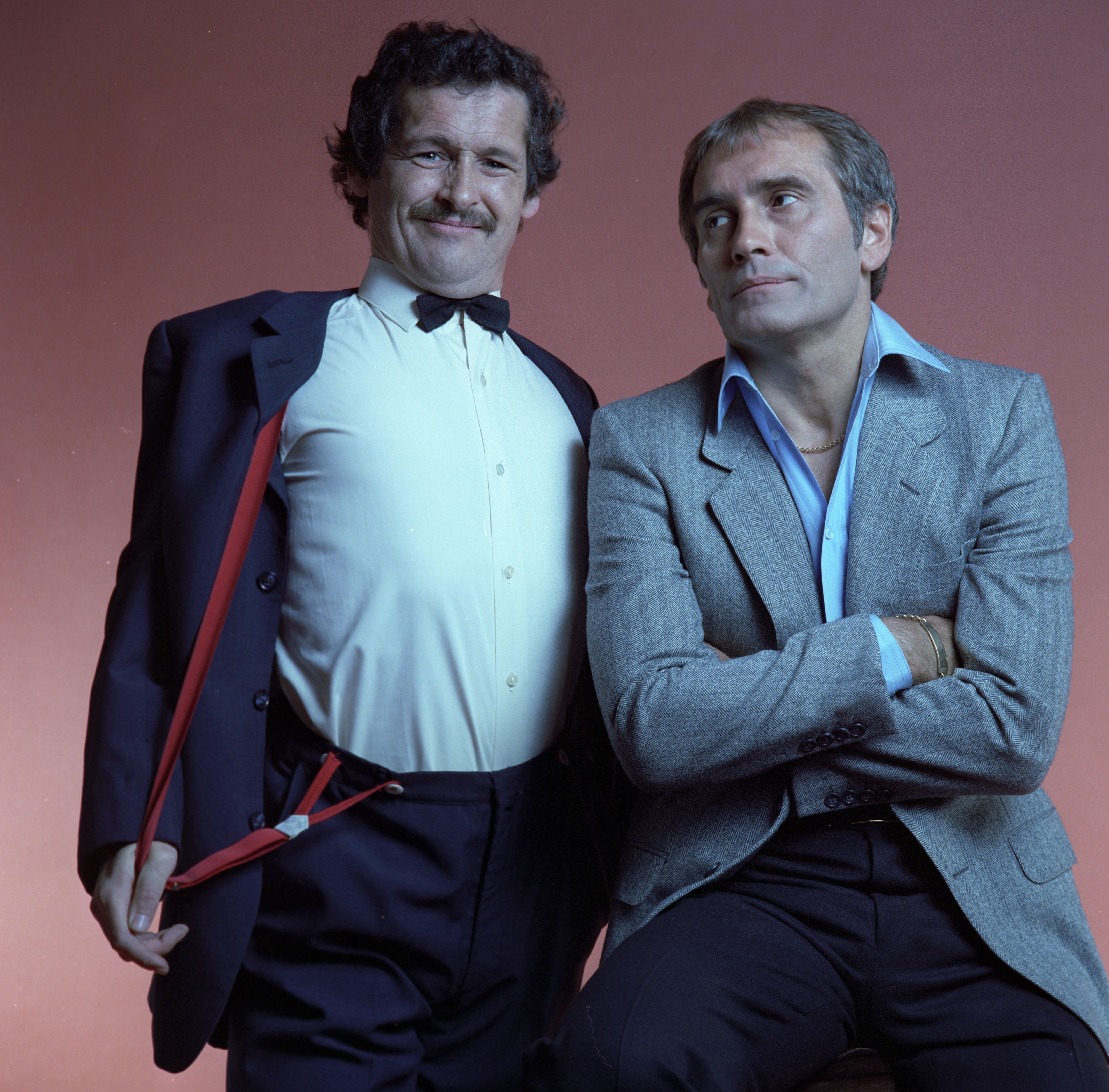 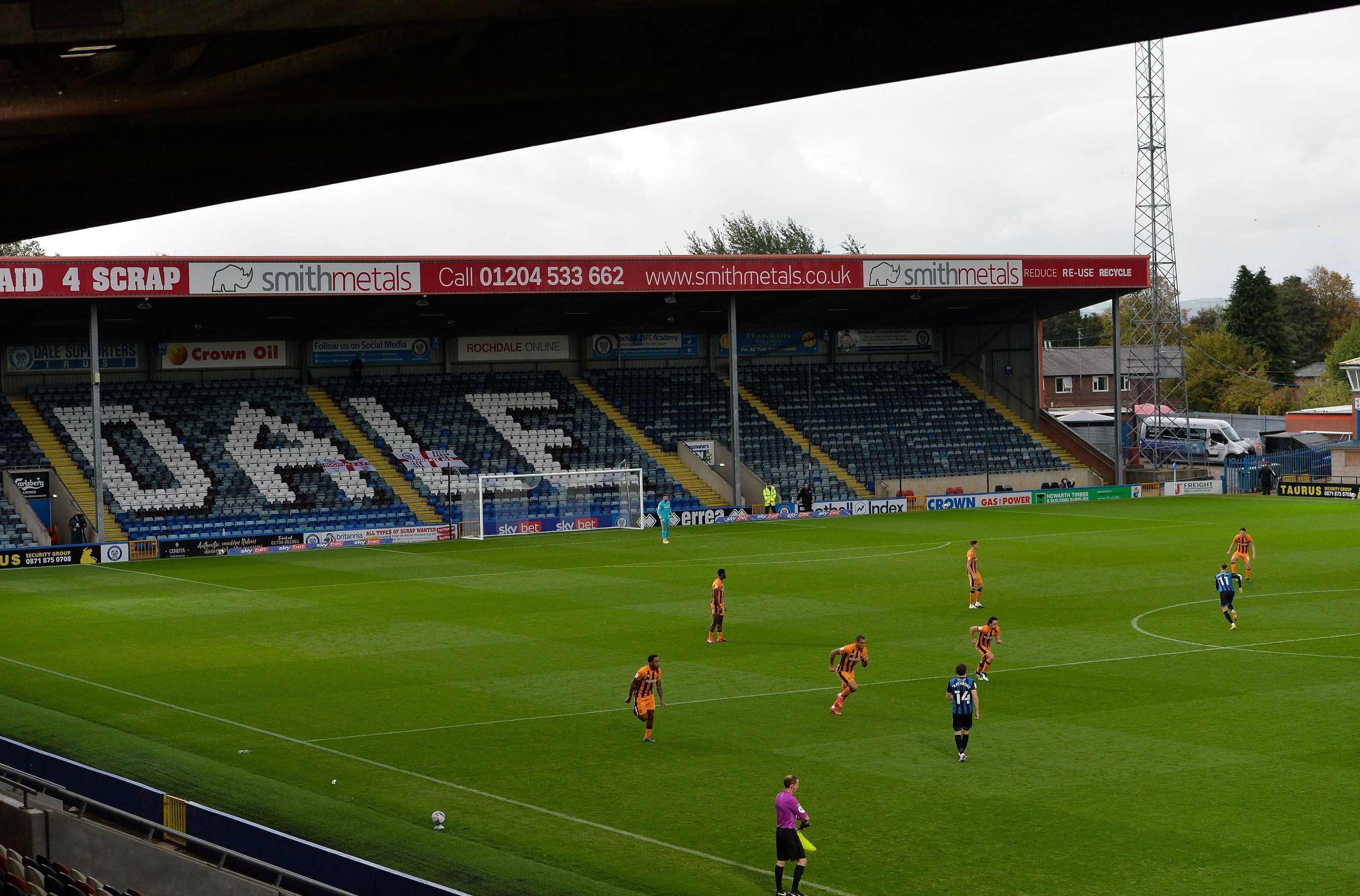 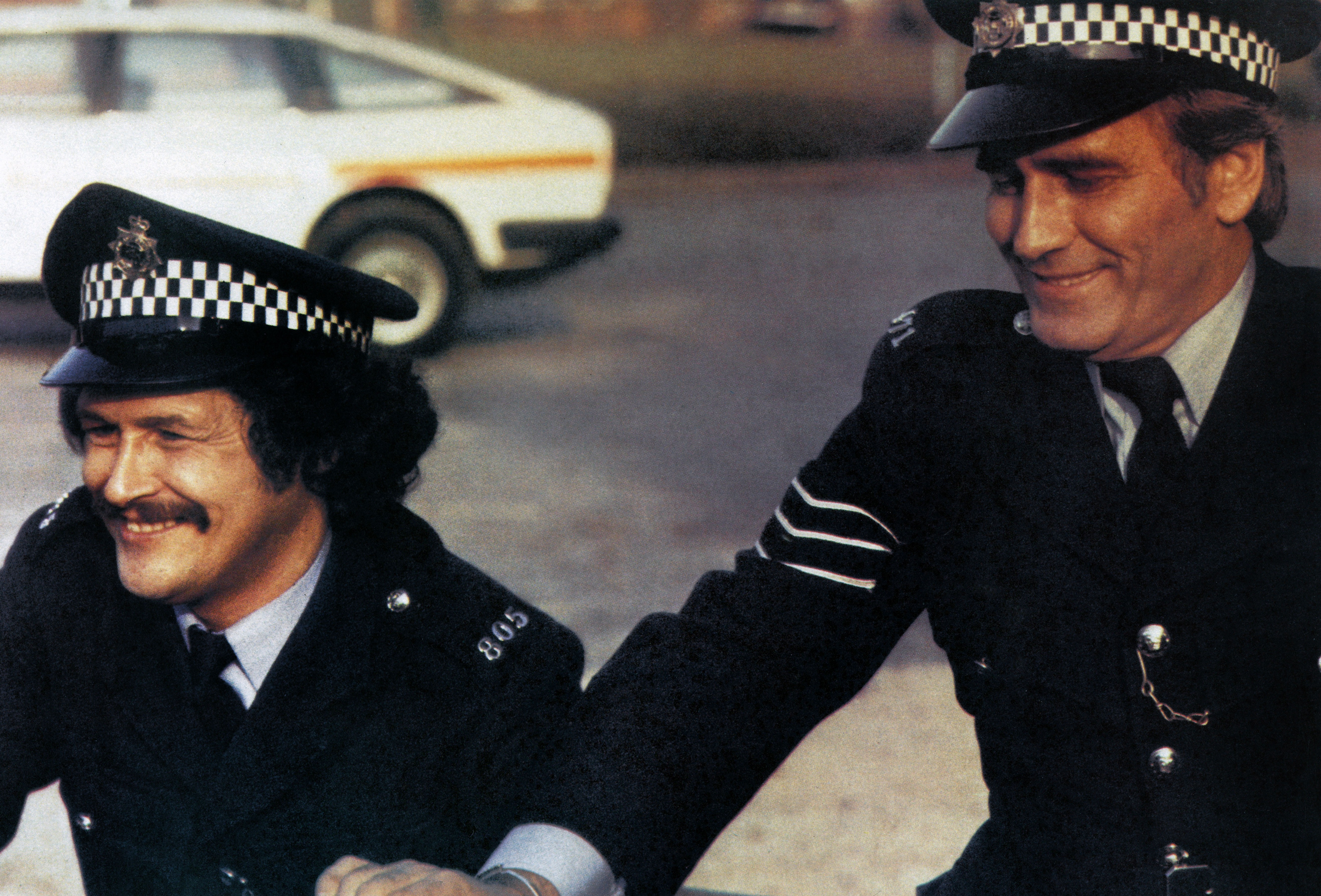 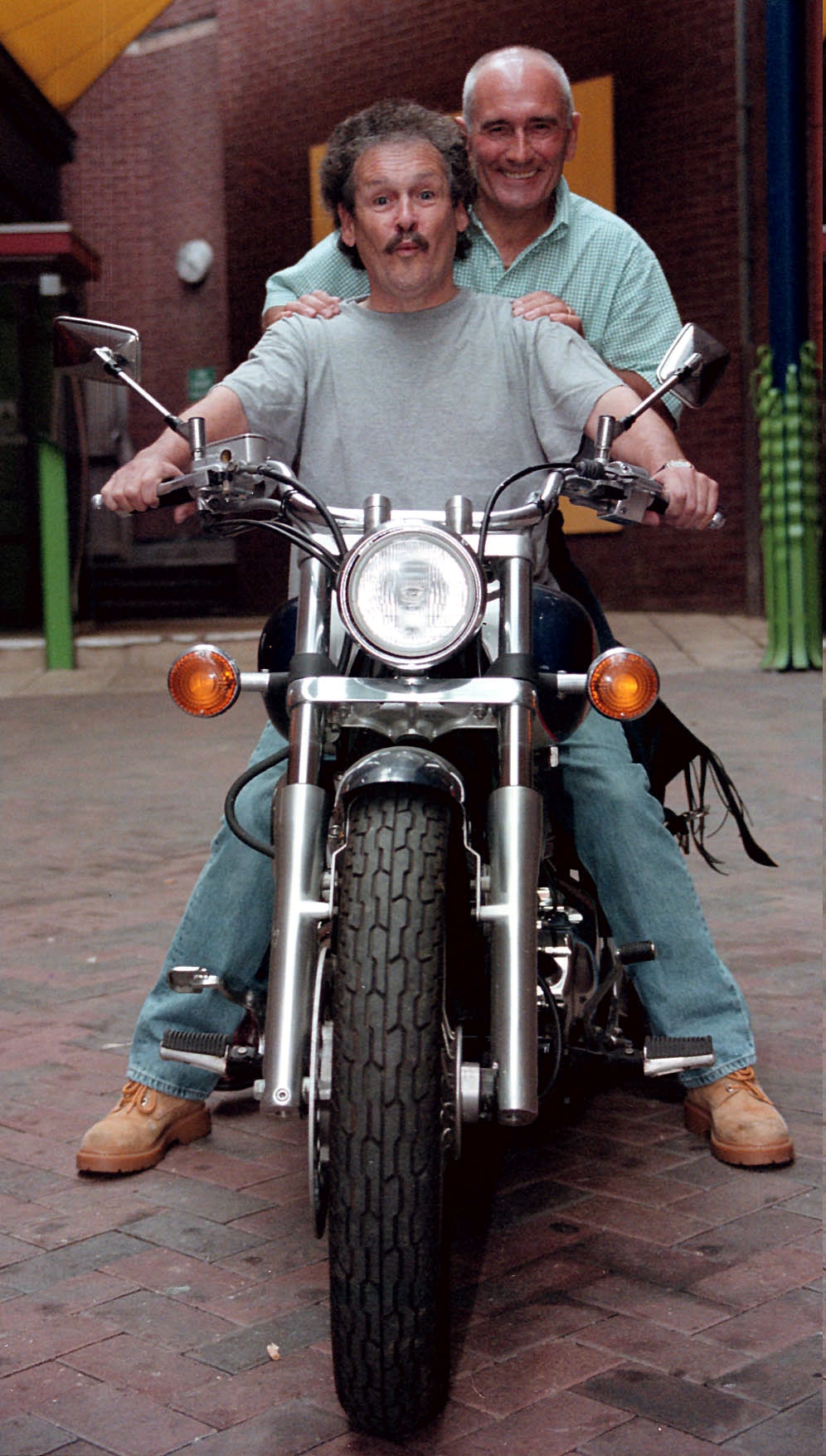 The pair, once earning just £20-a-week as welders, weren't admired by only the public: comedian Eric Morecambe himself dubbed them the 'next Morecambe and Wise'.

They also met the Queen and had countless celebrity fans.

'The sky was the limit'

“Everyone in the country knew who Cannon and Ball were,” Ball, known for his bow tie and braces, told the Daily Mirror in 2018.

“The sky was the limit – we could have whatever we wanted.” 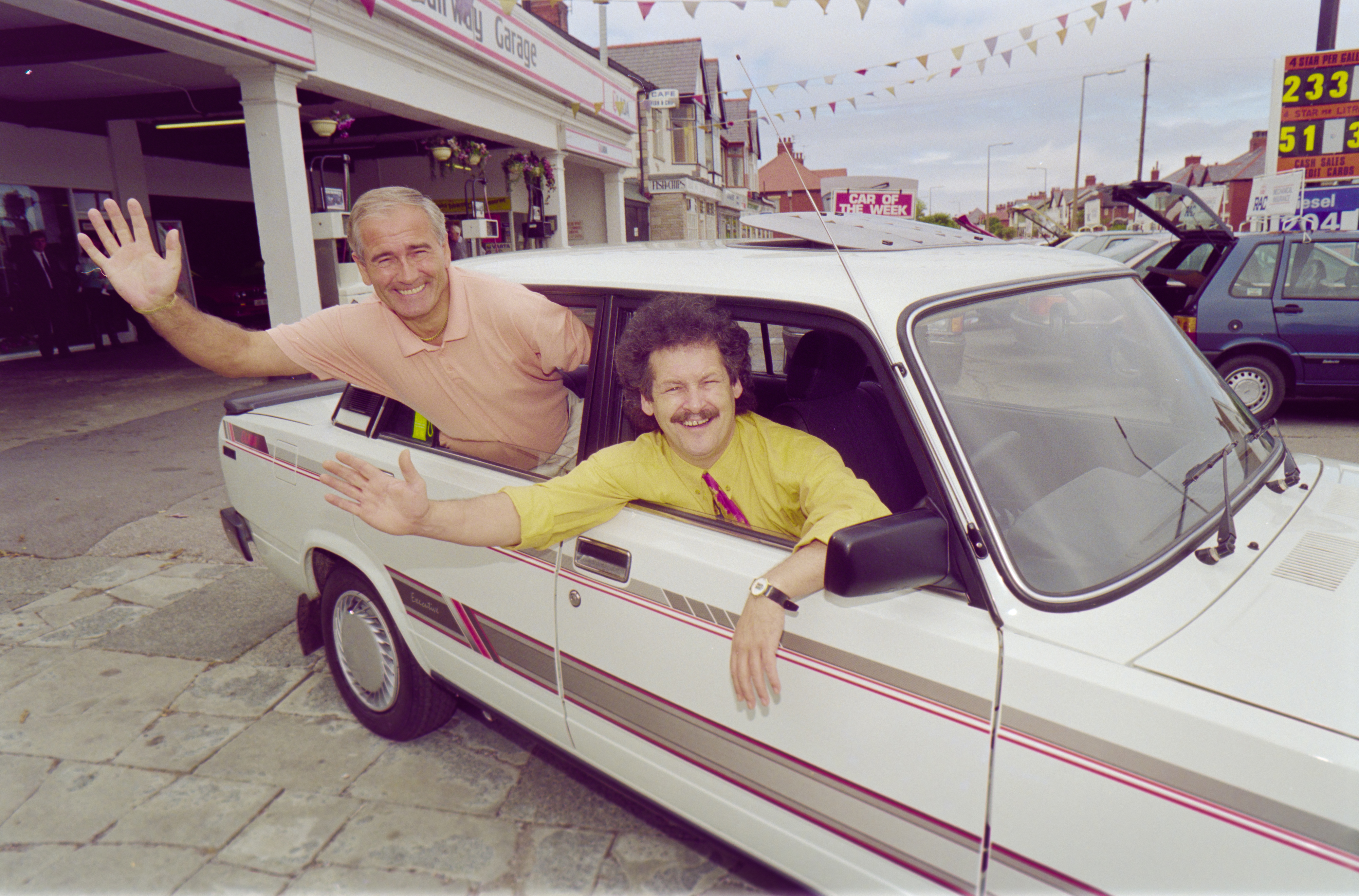 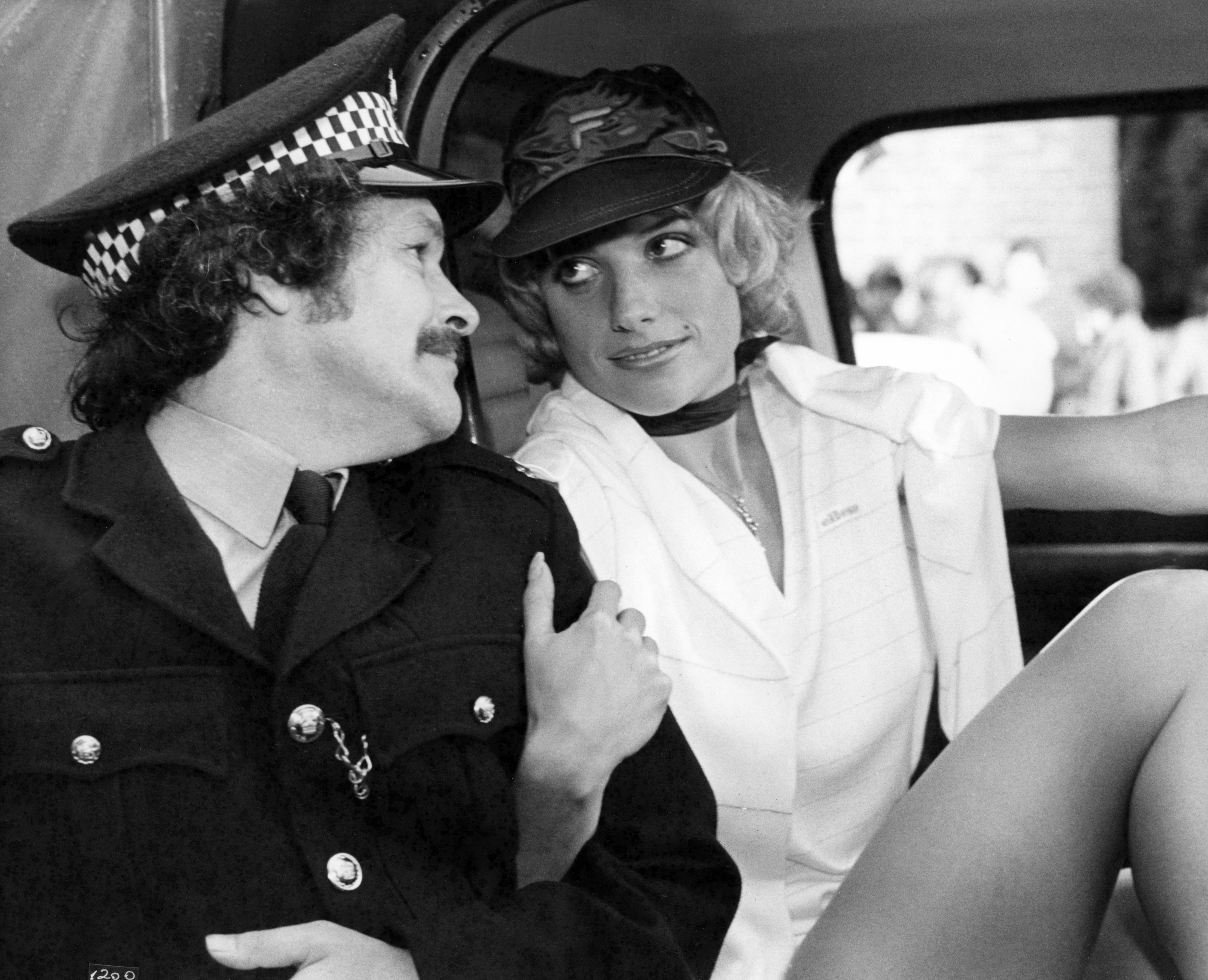 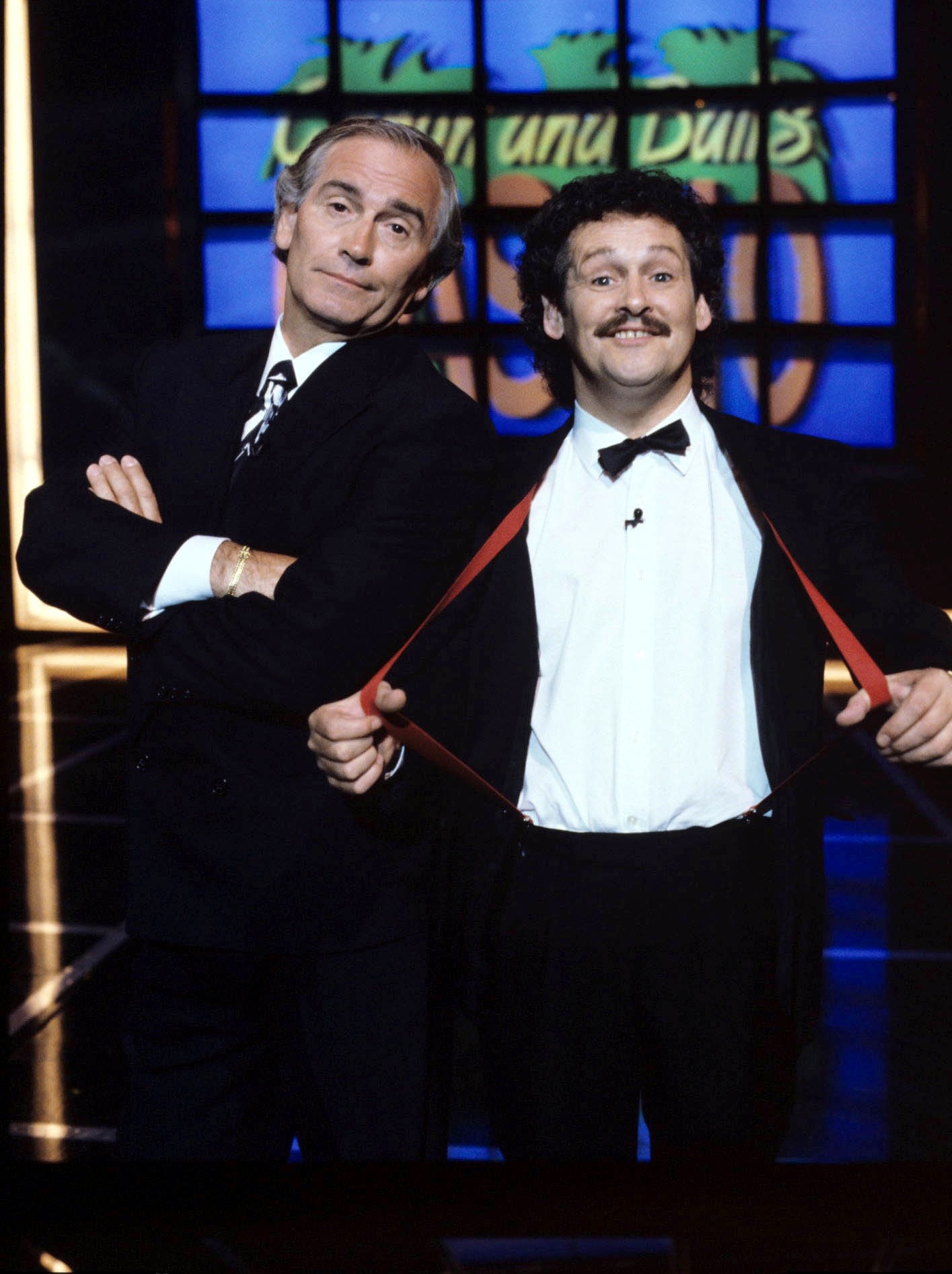 Three-year feud & 'too much' drink

But along with the "golden moments" came some difficult ones too.

From 1983 to 1986, Cannon and Ball's long-time friendship hit a rocky patch, with reports claiming they didn't speak to each other outside of their performances and rehearsals.

Ball later admitted he began drinking heavily as he struggled with the trappings of fame, saying: "I was drinking too much and womanising and went completely off the rails."

Getting into fights, he even fought with co-star Cannon. But after he started speaking to a theatre chaplain and found God in 1986, his feud with Cannon came to an end. 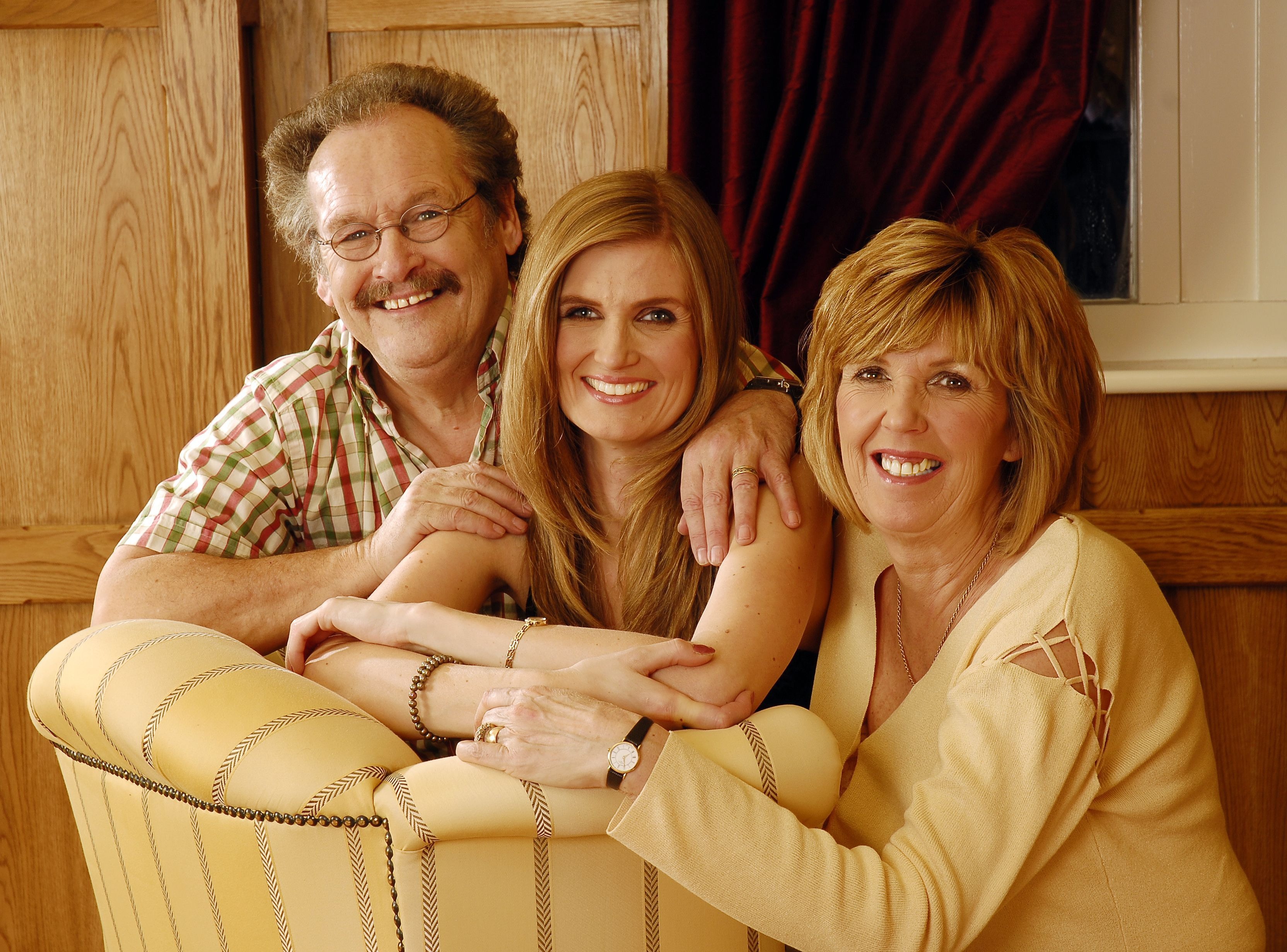 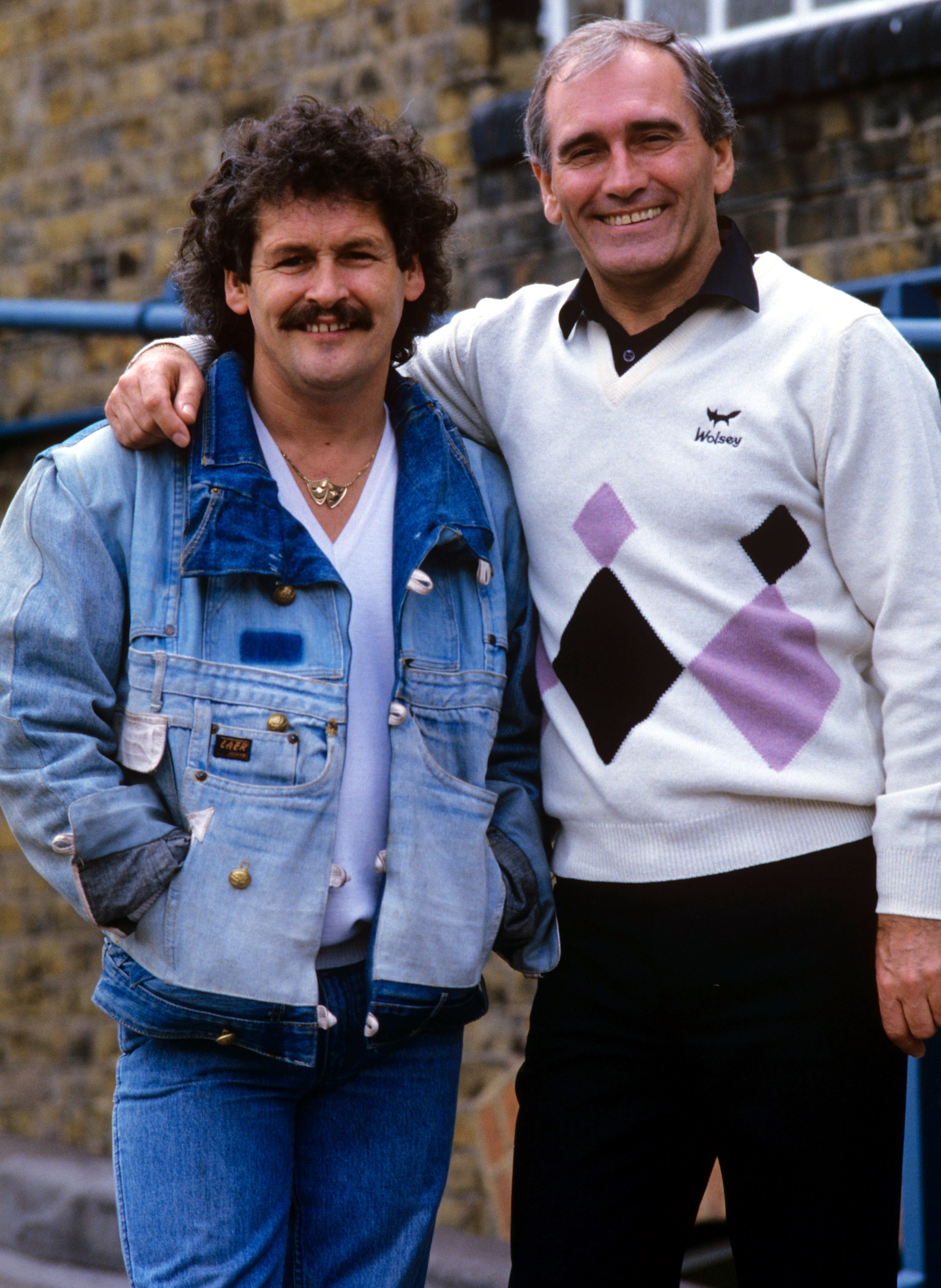 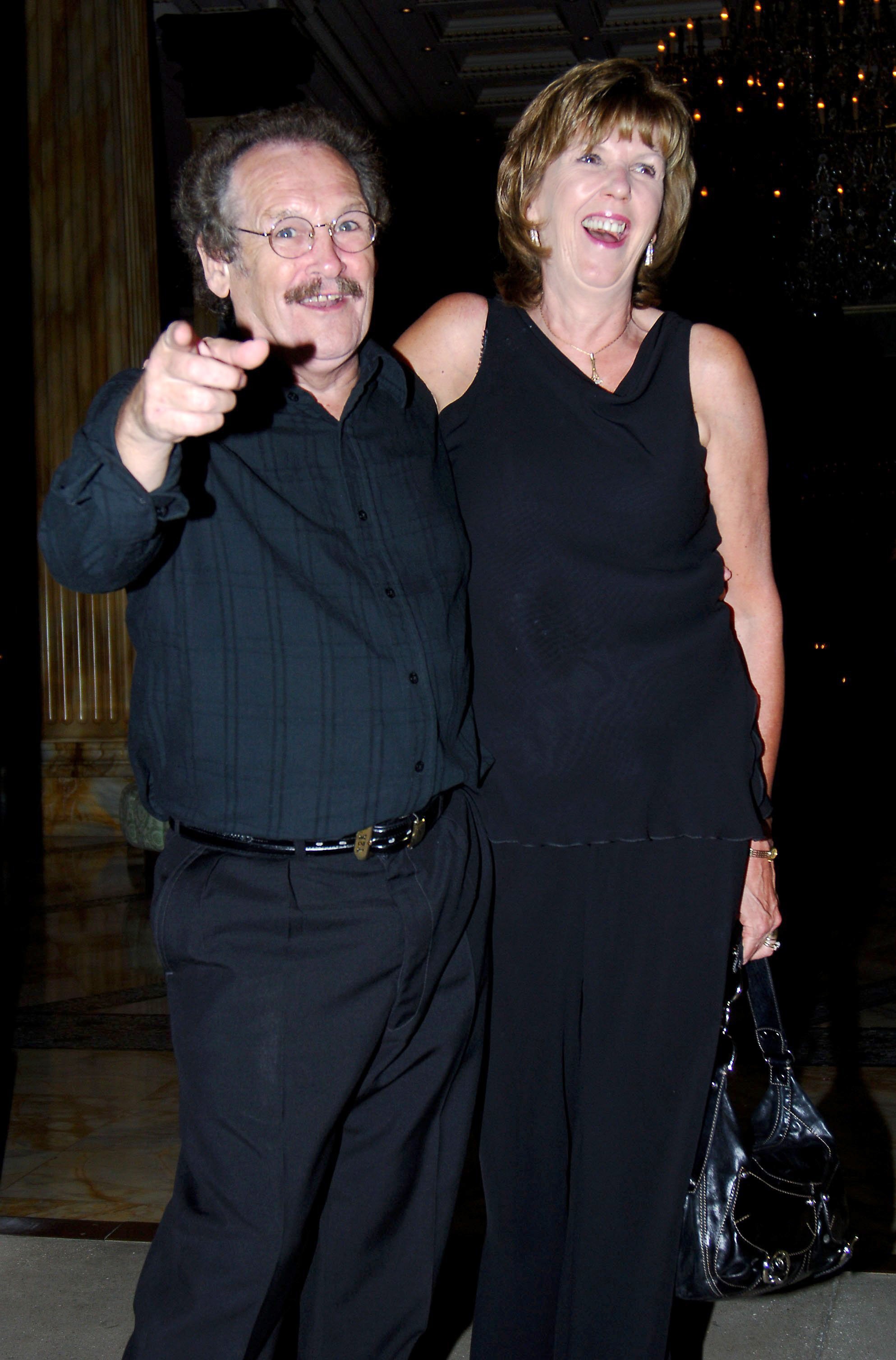 In 1992, Cannon also became a born-again Christian, with the comedy double act even publishing a book together, called Christianity for Beginners, four years later.

But while their rift was healed, financial woes were yet to come.

With comic tastes shifting, the Cannon and Ball Show ended in 1988 – and its stars also saw their lucrative seaside summer season work dry up.

And while the pair later starred in other TV shows – including their own sitcom and the hit ITV series I'm A Celebrity – Cannon was eventually declared bankrupt after being hit with an £800,000 tax bill.

At the time, the twice-wed funnyman, living in York, revealed things had been “hand to mouth” for a decade, admitting: “It’s embarrassing but just one of those things.” 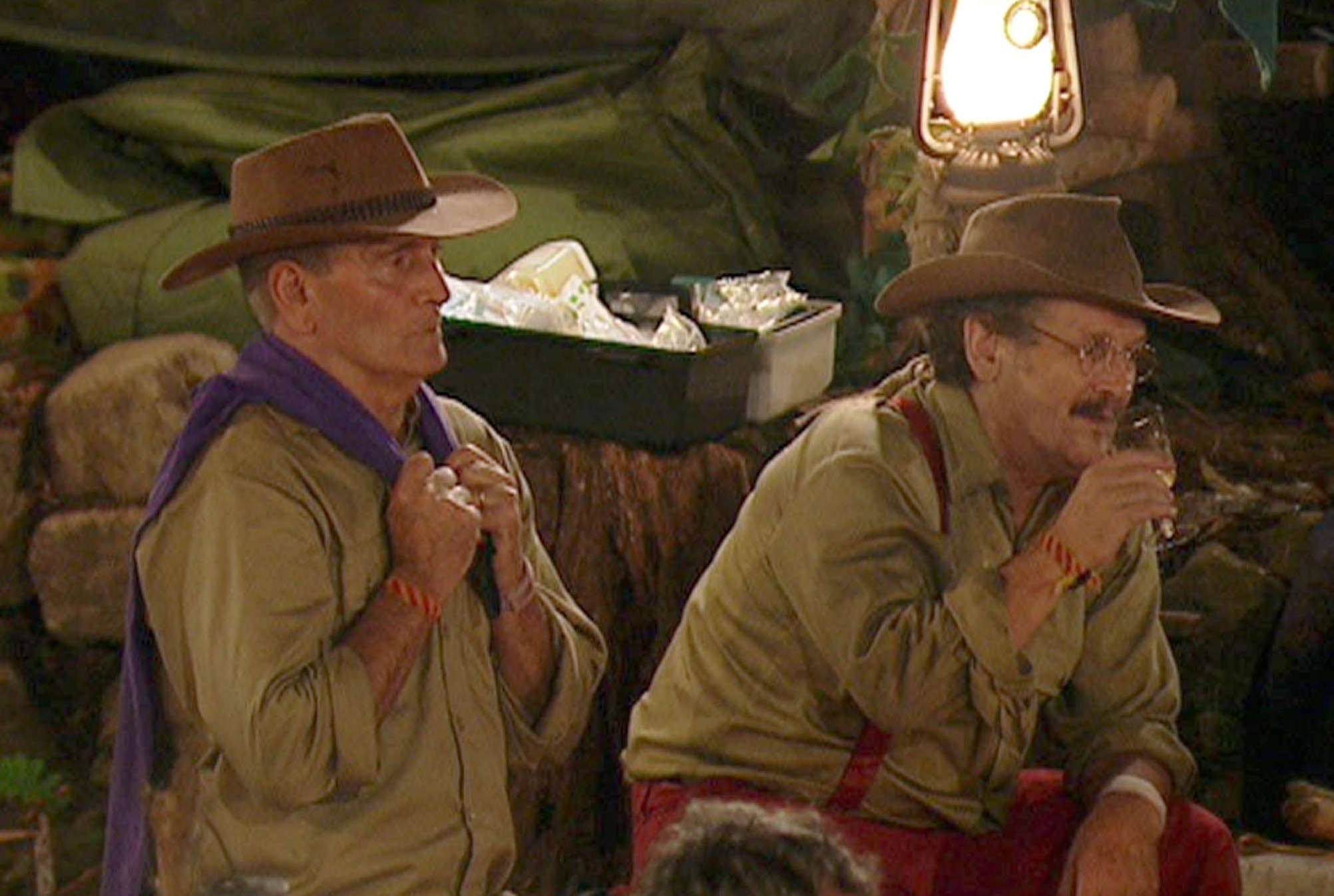 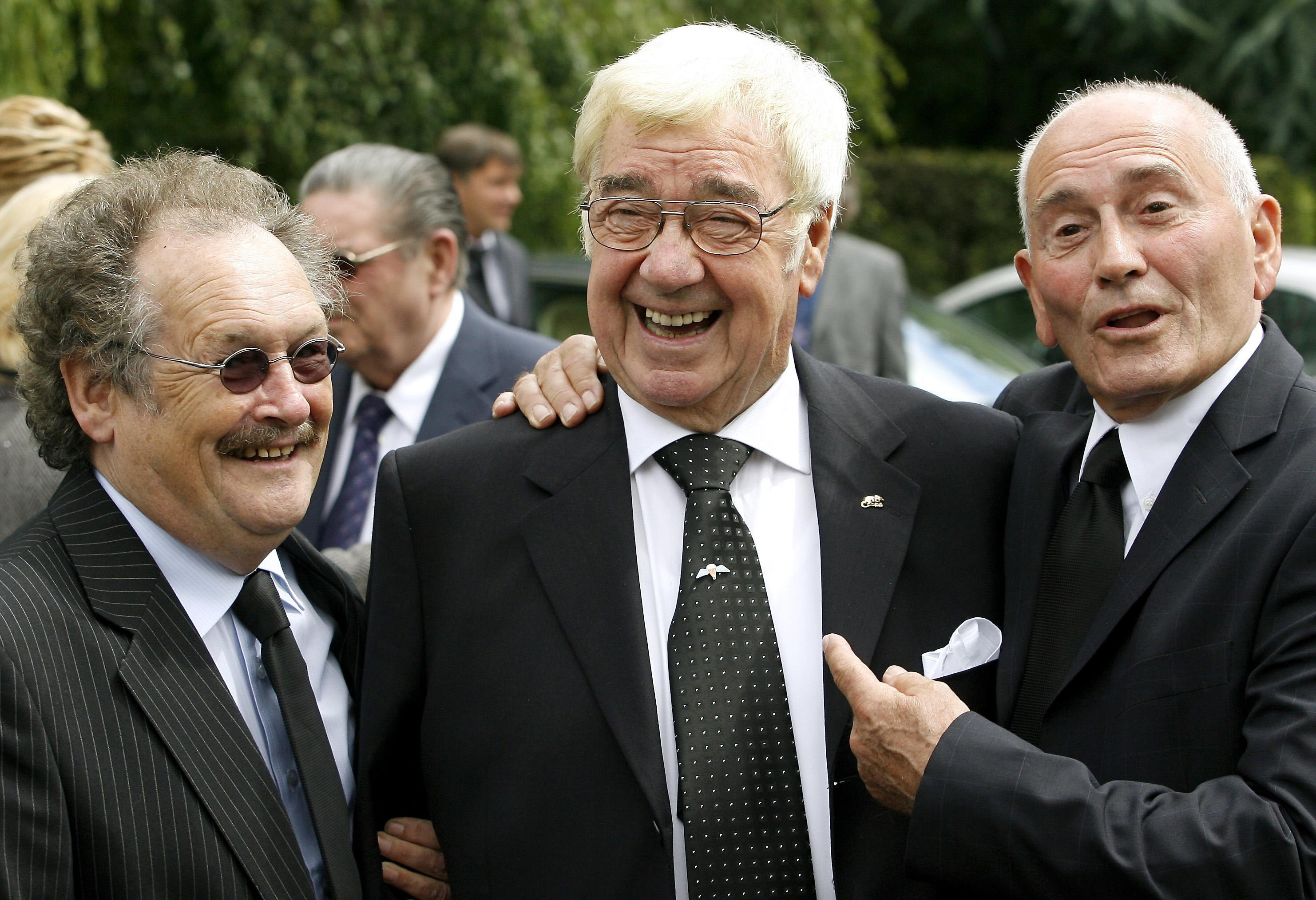 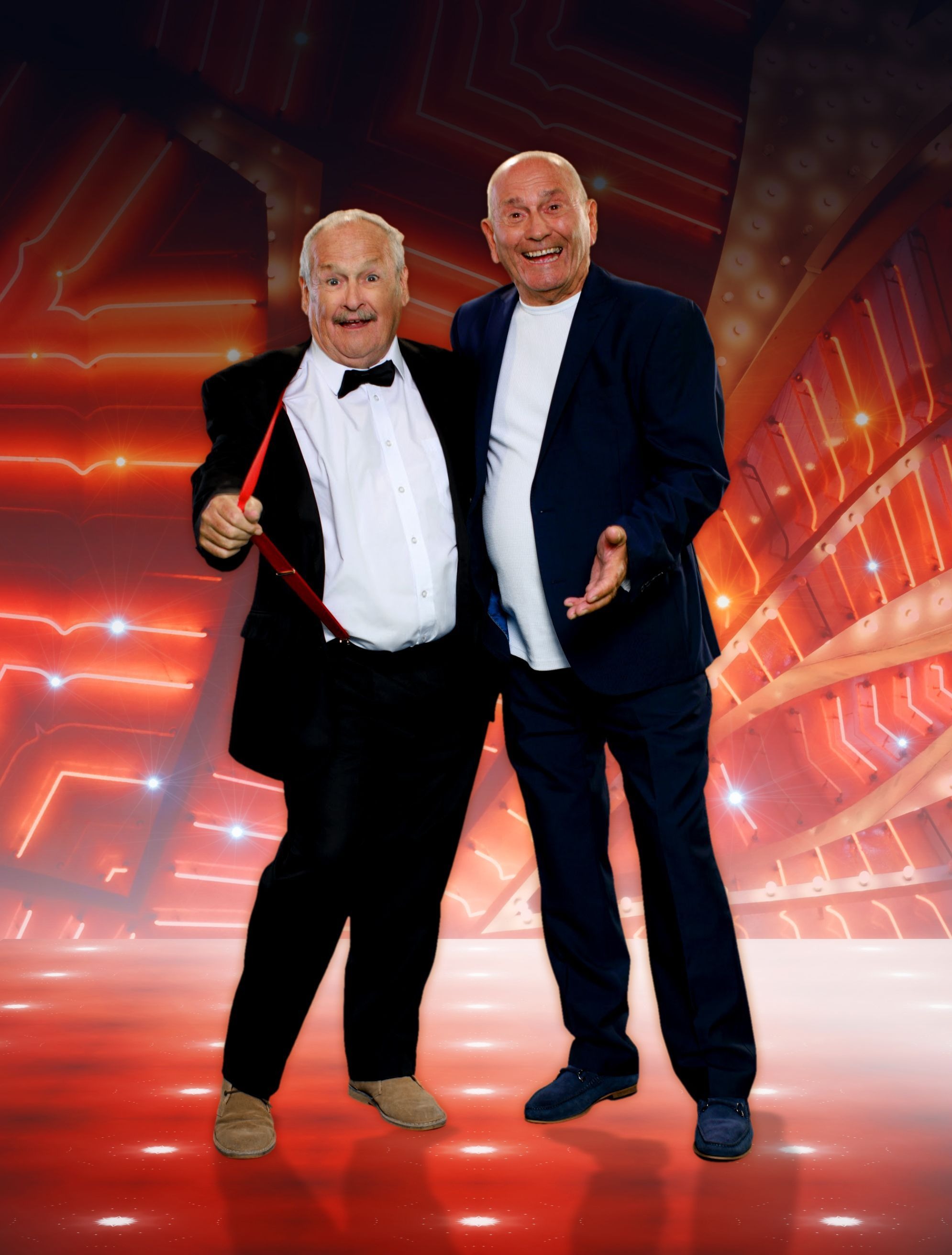 He also told how Ball – who starred as Lenny in Last Of The Summer Wine from 2005 to 2008 and also appeared in Heartbeat, Mount Pleasant, Benidorm and The Cockfields – was feeling the pinch.

“Showbusiness changed. You’re on the back pedal all the time," he added.

“Bob rings me every day and asks, ‘How’s things, pal?’ That’s the stuff that matters. There’s a lot of people worse off than me.”

In recent years, Cannon and Ball – both proud fathers and grandfathers – had said they had no intention of retiring from showbusiness.

"I've enjoyed all my 52 years in showbusiness from the day we started and hopefully it will carry on until the day I bury Bob or the day he buries me," Cannon told the Daily Express in 2014.

Ever the funnyman, Ball then joked: "I think I'll be burying you." 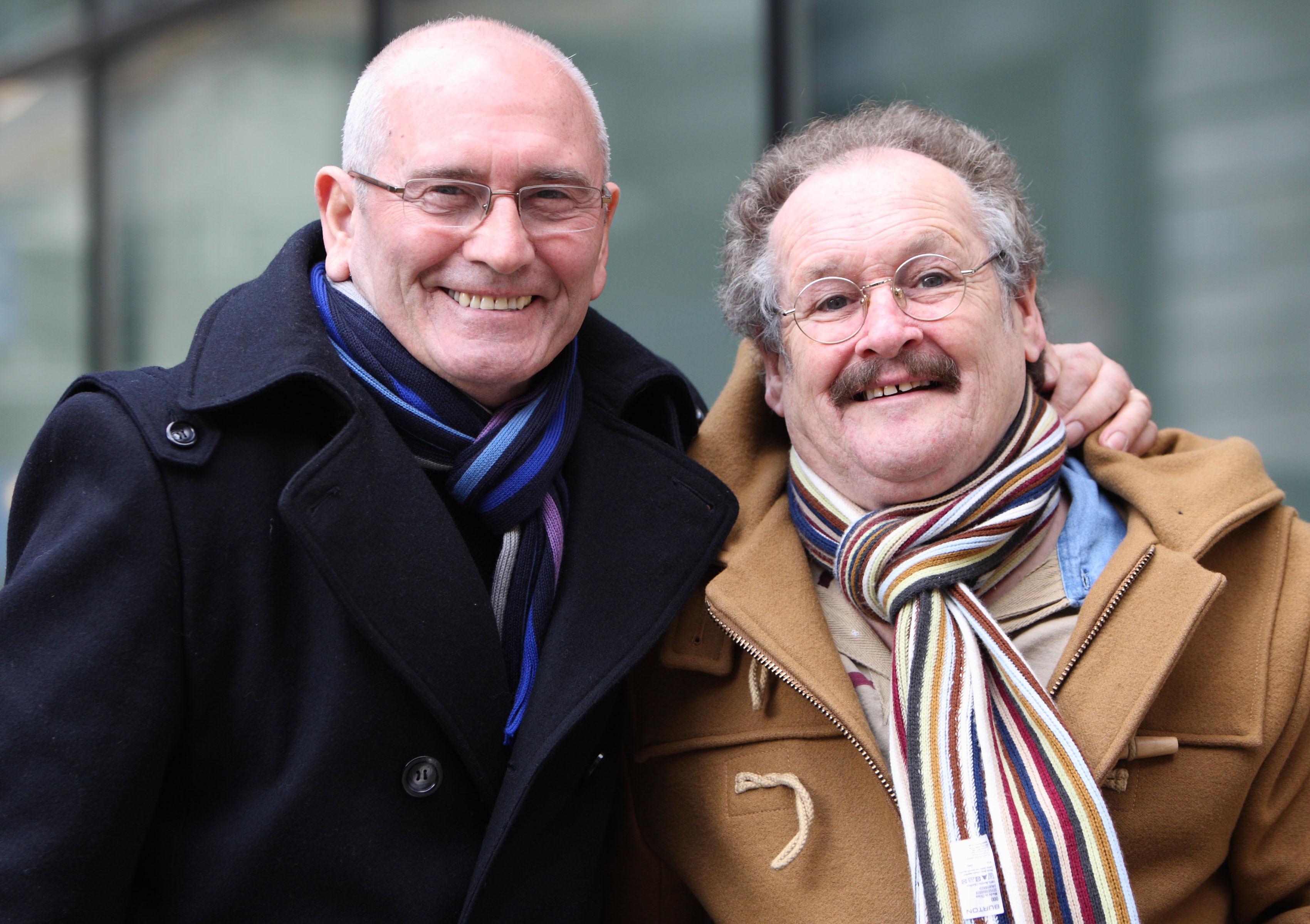 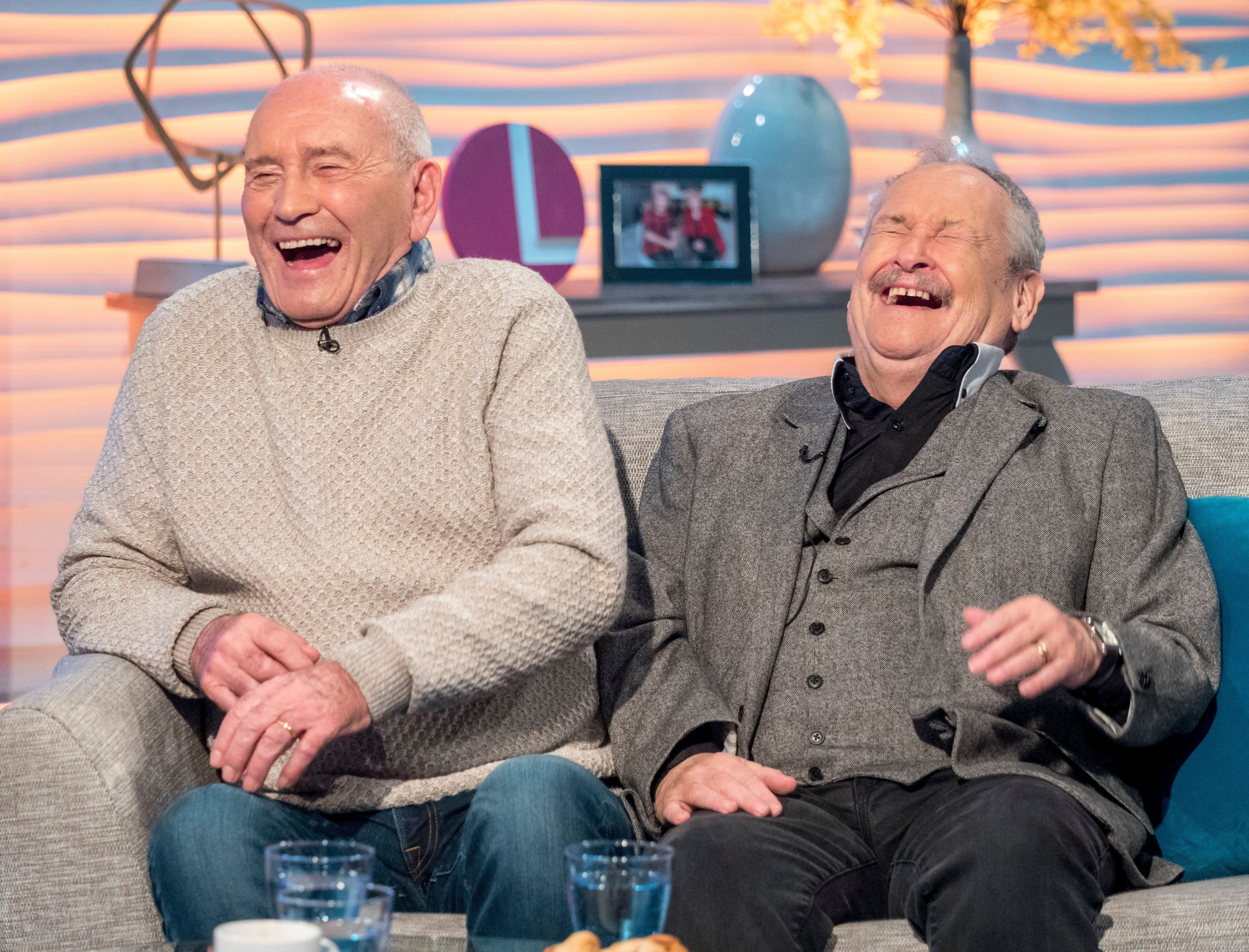 Sadly, it is Cannon who is now forced to bid farewell to his beloved pal and colleague after Ball died in hospital at around 9.30pm yesterday, having suffered breathing issues.

A statement from the comedian's manager Phil Dale said: "Bobby had been taken to the hospital for tests as he started with breathing problems.

"At first it was thought to be a chest infection but a test proved positive for Covid-19.

"His wife Yvonne said the hospital and staff could not have been more wonderful, as they were outstanding in their care of duty and they did everything possible for him and she cannot praise them enough. 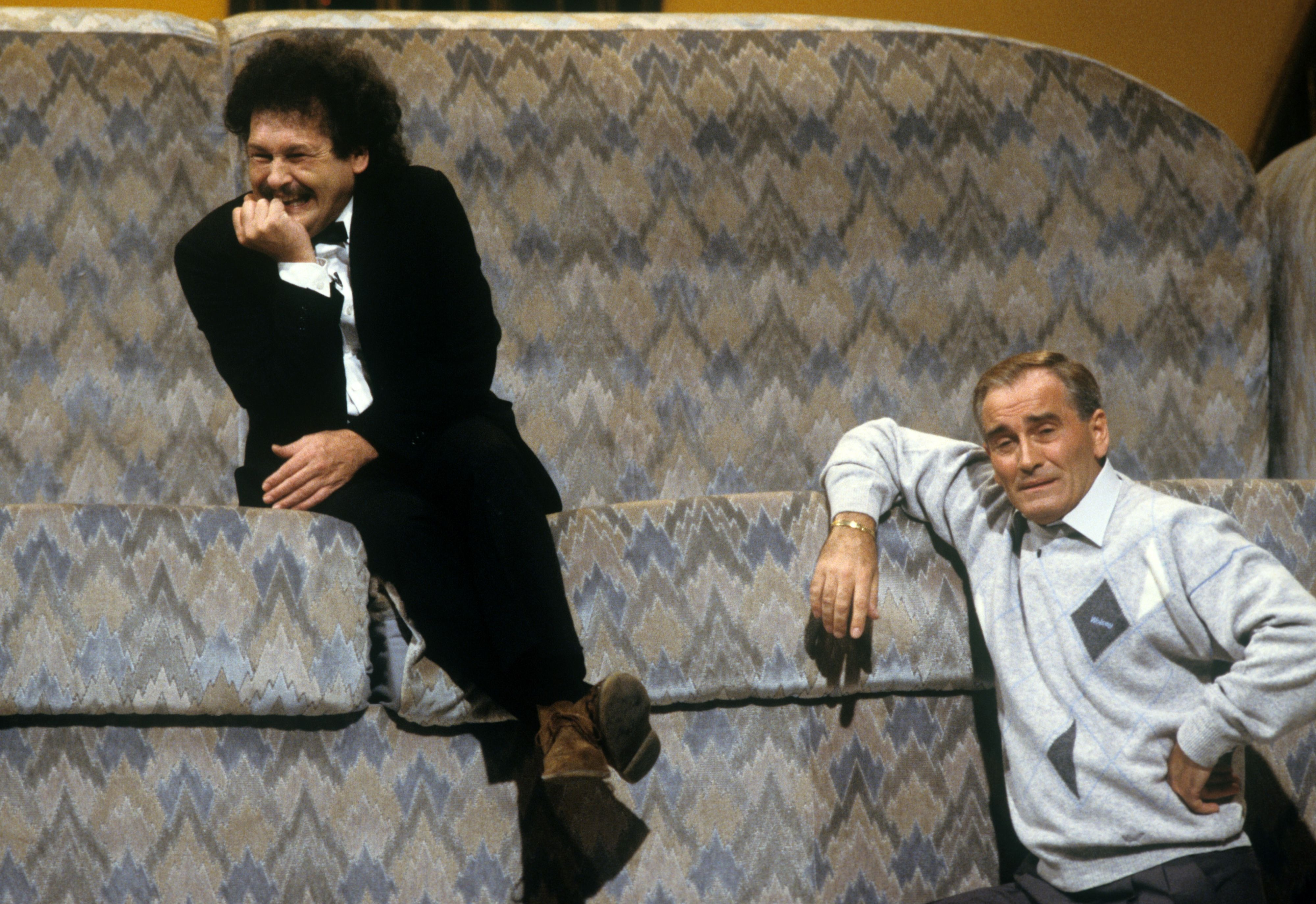 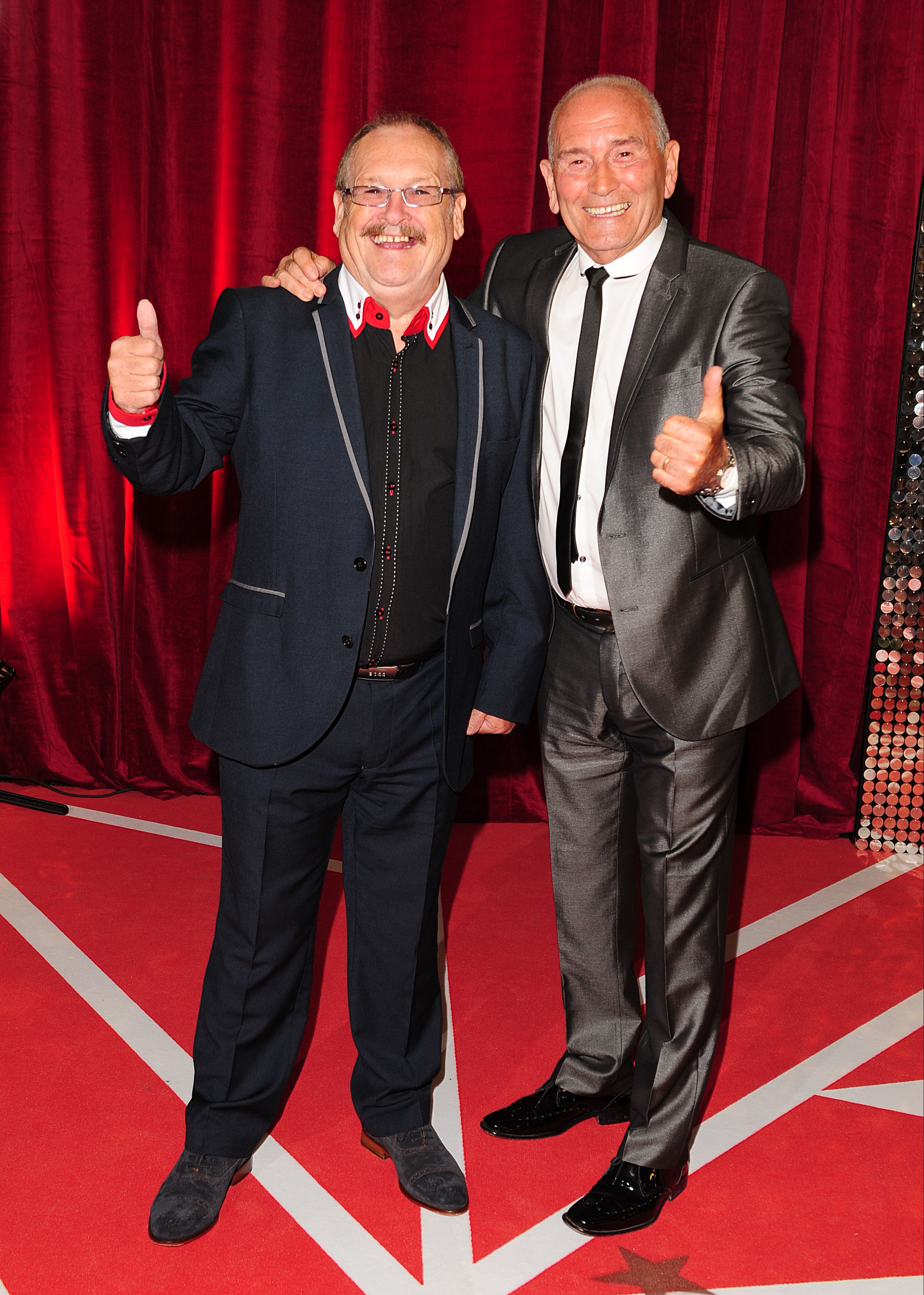 Ball is survived by two sons, Robert and Darren, with his first wife Joan Lynn, as well as his daughter Joanne with wife of 46 years, Yvonne.

In a 2006 interview with The Independent, Cannon said it felt like "losing one of your arms" whenever he and Ball were separated.

And in their heartbroken fans' minds, they always will be.