STEP inside Secret Cinema's most complex and technically sophisticated show yet to explore the worlds of Guardians of the Galaxy as if they existed here on Earth.

Fans are invited to a visual buffet of re-created scenes fuelled by of awe-inspiring set design and talented actors. 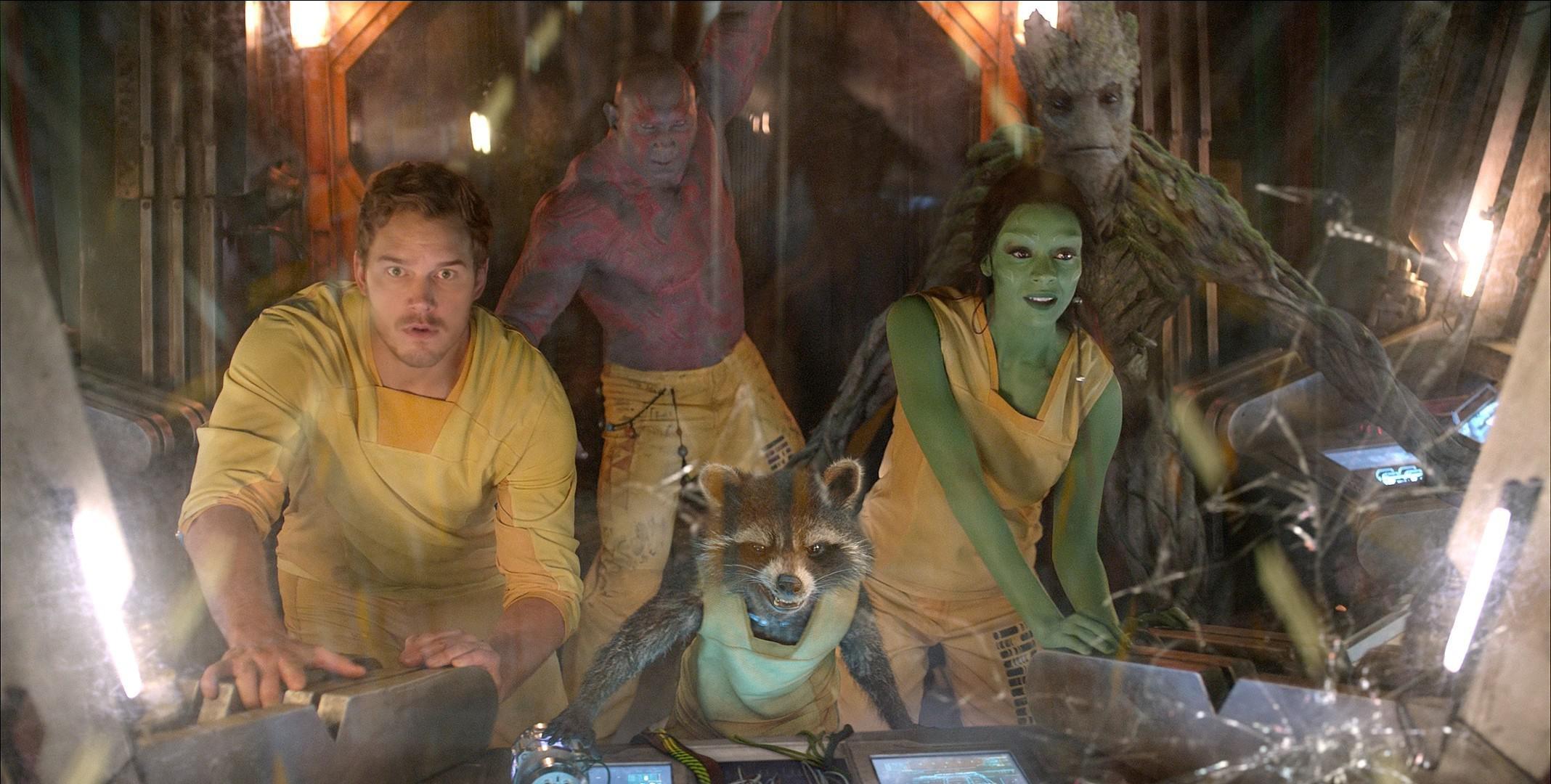 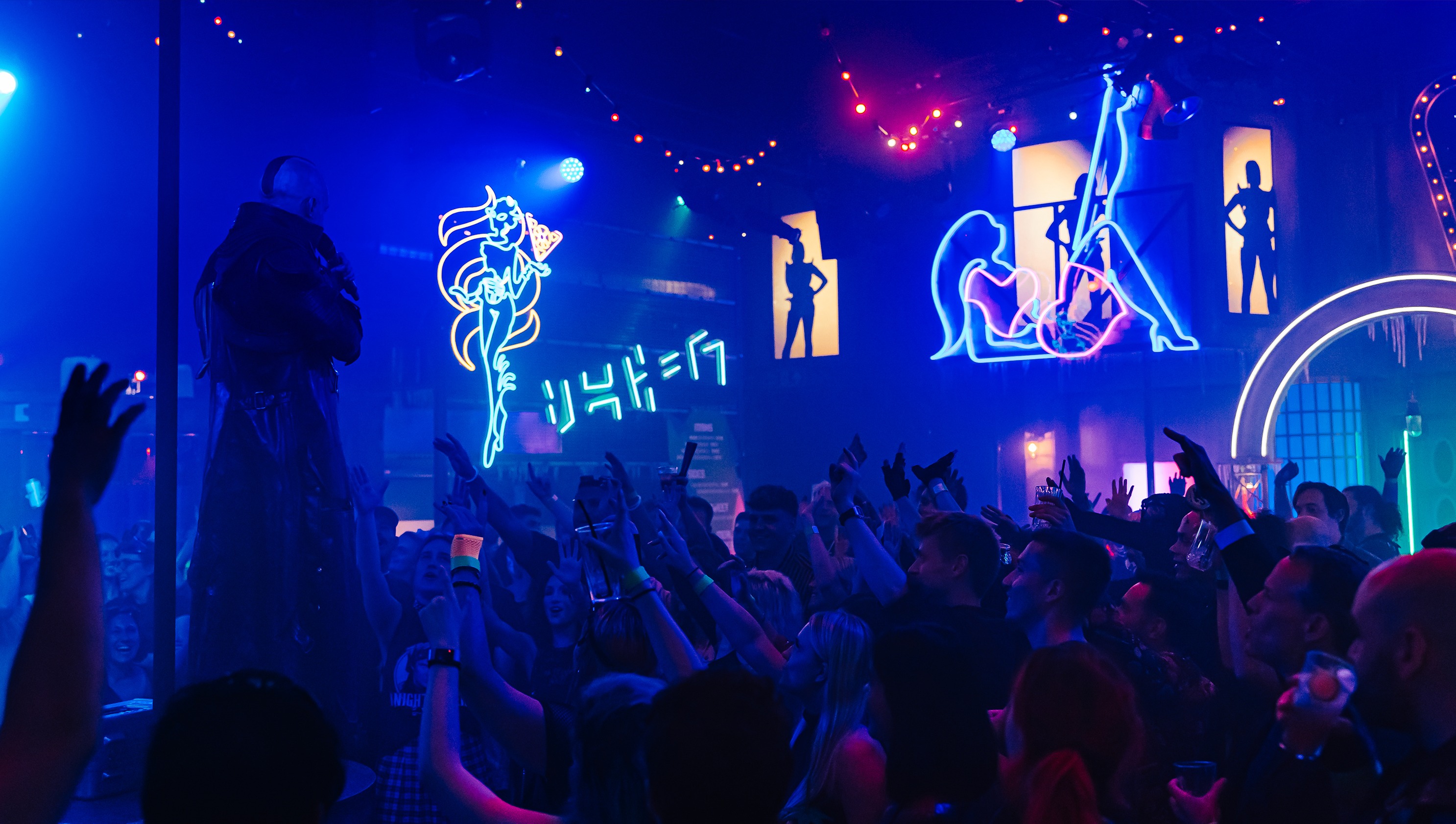 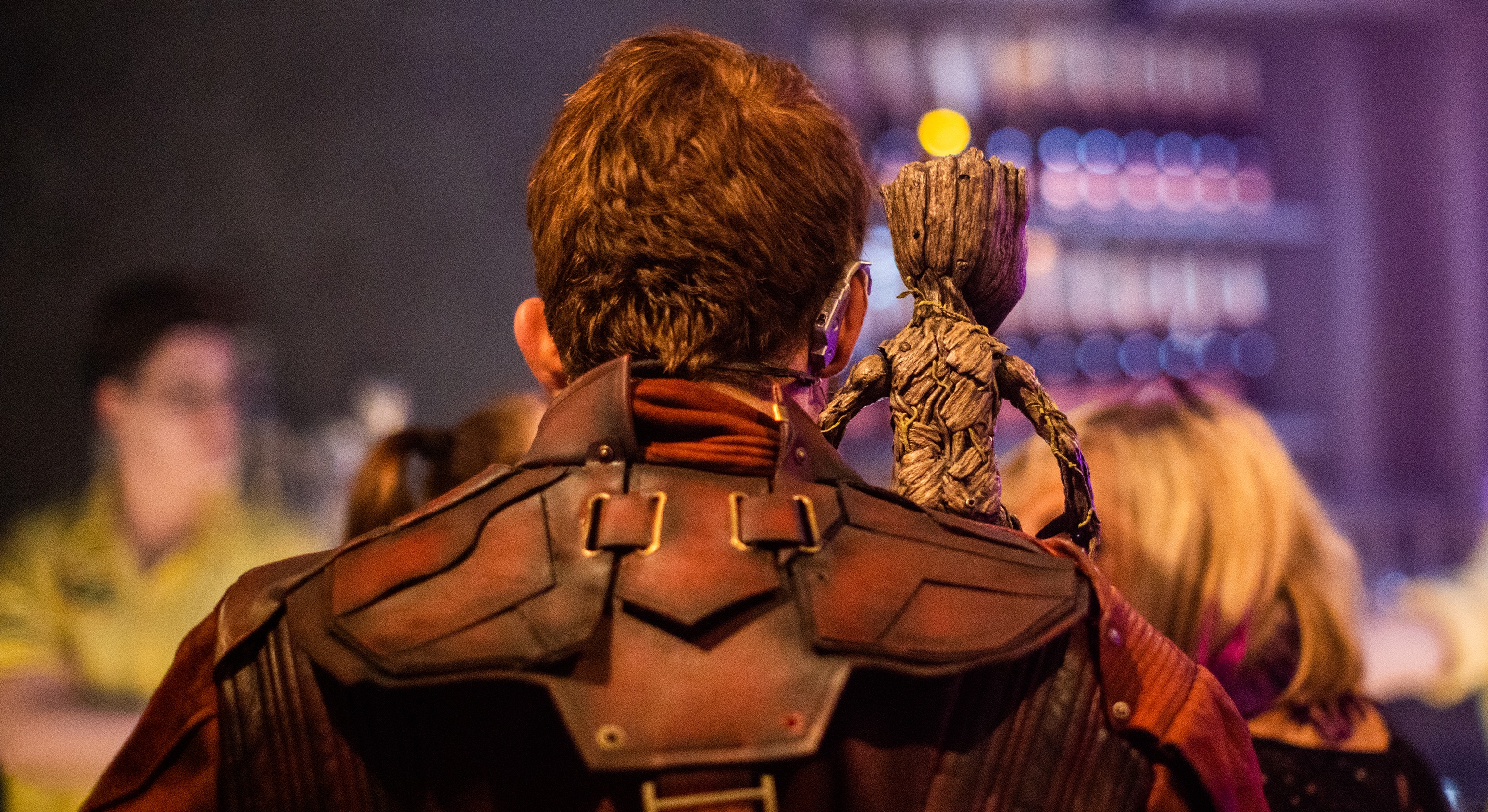 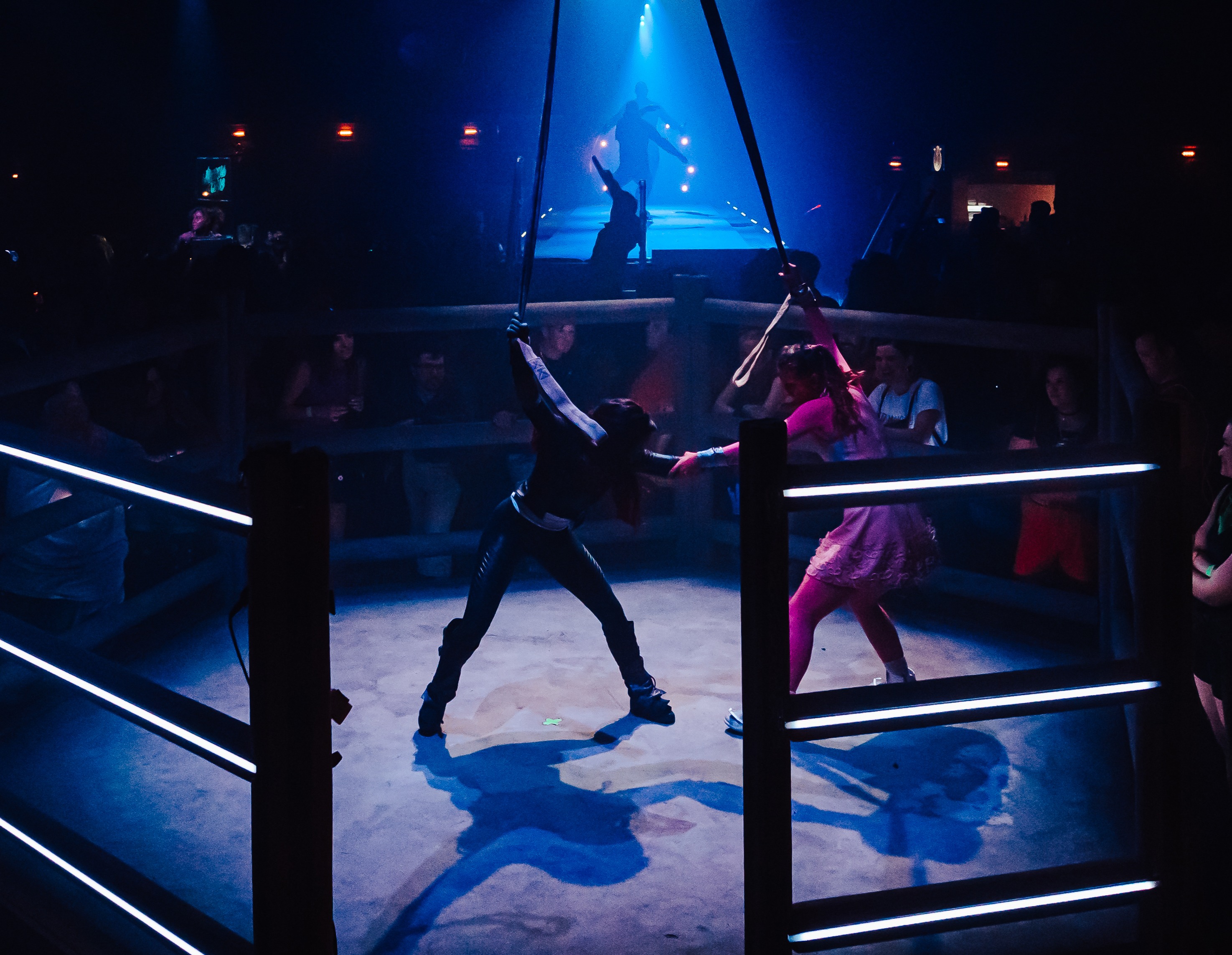 Secret Cinema is known for taking timeless movies and creating immersive experiences for guests to feel like they're actually a part of the script.

There's food and drinks along a journey entertainment and humour before you get to sit down and catch the movie just like you would at the cinema.

It all started with Ghostbusters back in 2008 and since, the event has continued to expand with each showing tackling new ideas to create a more realistic and memorable experience for viewers for classics including Moulin Rouge!, Dirty Dancing and James Bond.

But this is the first Marvel picture – and that means organisers pulled out all the stops to make the Guardians of the Galaxy event as special as ever. 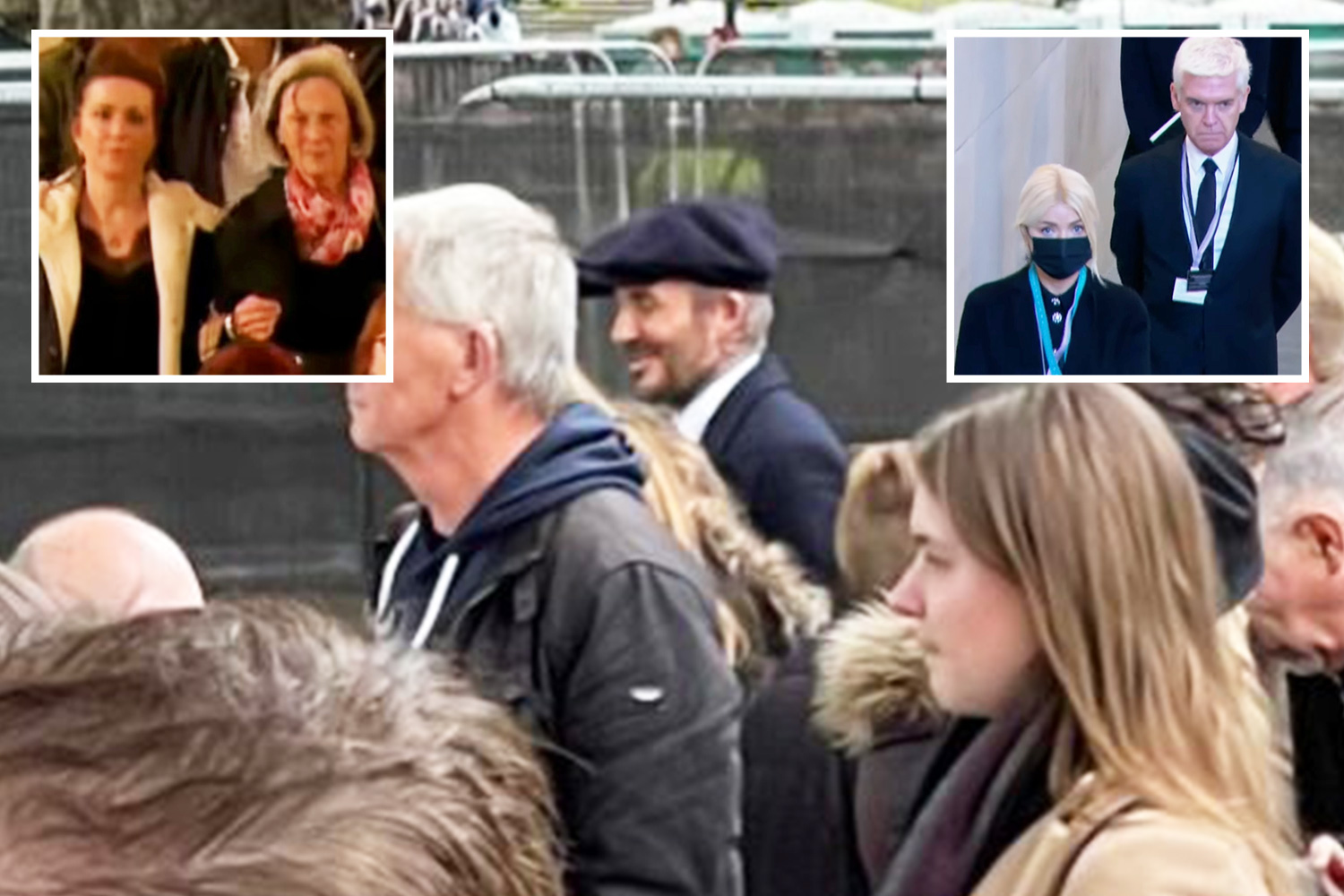 Attendees visit the event as Ravagers – a kind of particularly boisterous space Vikings who are obsessed with finding and winning aural treasure and glory for their individual clans.

When you register to attend for event – which is on from now until October 30 – you pick one of four groups to be a part of. This is your clan and throughout the night you can earn points for them.

Dressing up isn't a must – but it does make the night even more fun, even if it's just a little glitter, a headband in your team's colour or a pair of funky pants.

Arriving at the location where the movie madness comes to life, participants are escorted into a dark room. There's no lights and only the curious whispers among groups wondering what's happens next.

Plusnet goes down leaving thousands of customers without internet access

Brits to get £150bn energy bill bailout update next week

It's here all expectations are forgotten as the endless possibilities of what could be on the other side of the doors start to run through your mind.

But nothing prepares you for the moment that the seal cracks and a stream of bright neon lights hit your face as you cautiously approach what is intended to be Contraxia – the cold and icy planet often visited by the different Ravager Clans in Guardians of the Galaxy.

With no cell phone, bag or jacket as a distraction, the night begins here for a taste of fearless adventure.

Matt Bennet, the creative director of Secret Cinema, told The Sun Online the project is special for many reasons.

He said: "This is the most complex and technically sophisticated show we have ever dared dream up. This show is unique compared to anything we’ve done before."

Event producers collaborated with Marvel to write a new story between the first and second films, giving them new parameters to work to.

Matt said: "It has been a career highlight for our team to work with Marvel, the masters of storytelling, to bring such a vivid and funny world to life."

It's with the organisers' careful thought and planning these shows are able to entertain tens of thousands of people each year.

Once the rights to harness the film are sorted with the studios – and a location which fits within their budget has been found – it takes around a year of solid development to make these shows happen.

Matt says: "We aim to create a living and breathing world where anything can, and will happen, so the staging and storylines take huge amounts of figuring out and rehearsing.

"We literally end up dreaming of the show as we become obsessed with the possibilities." 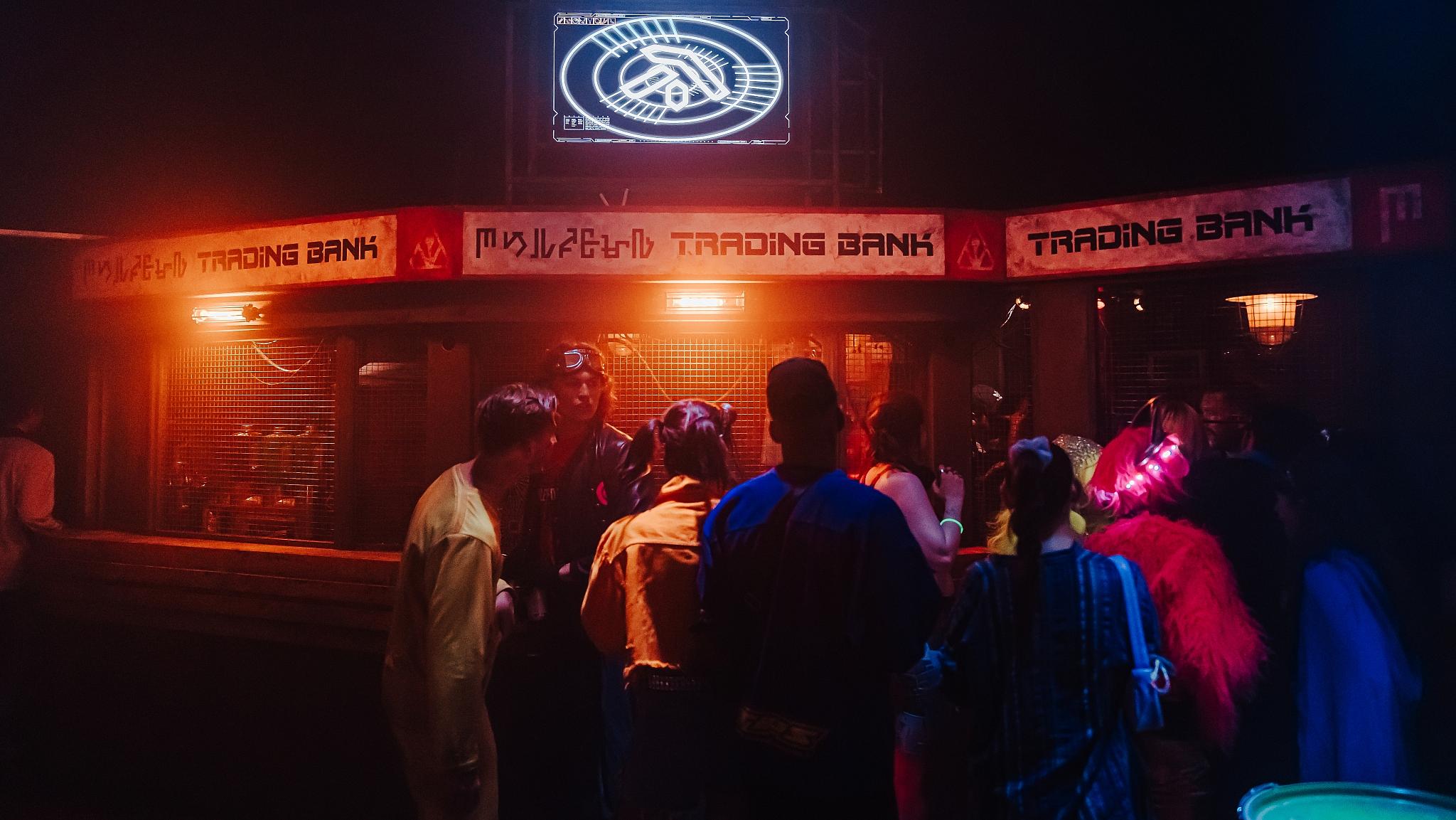 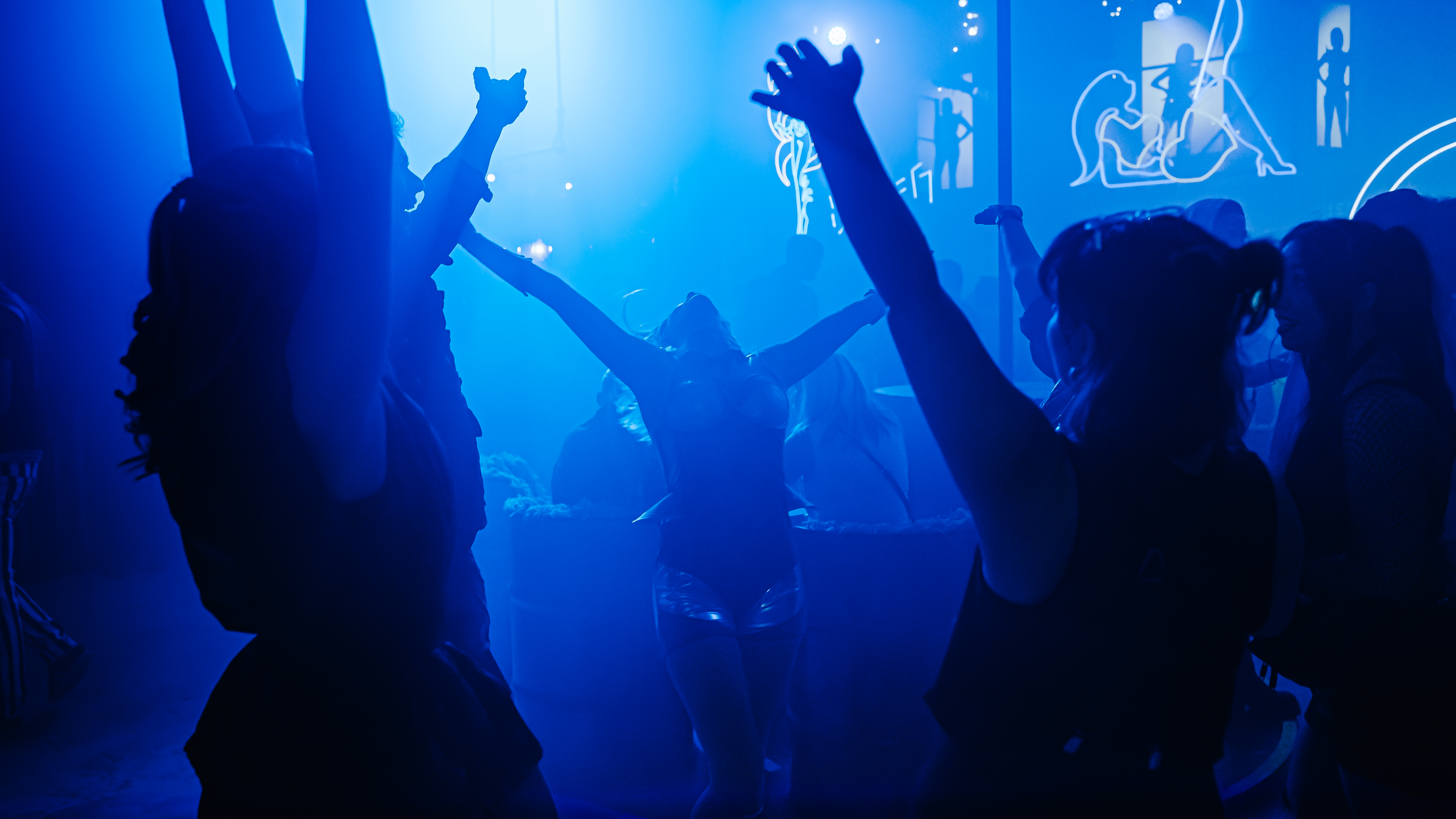 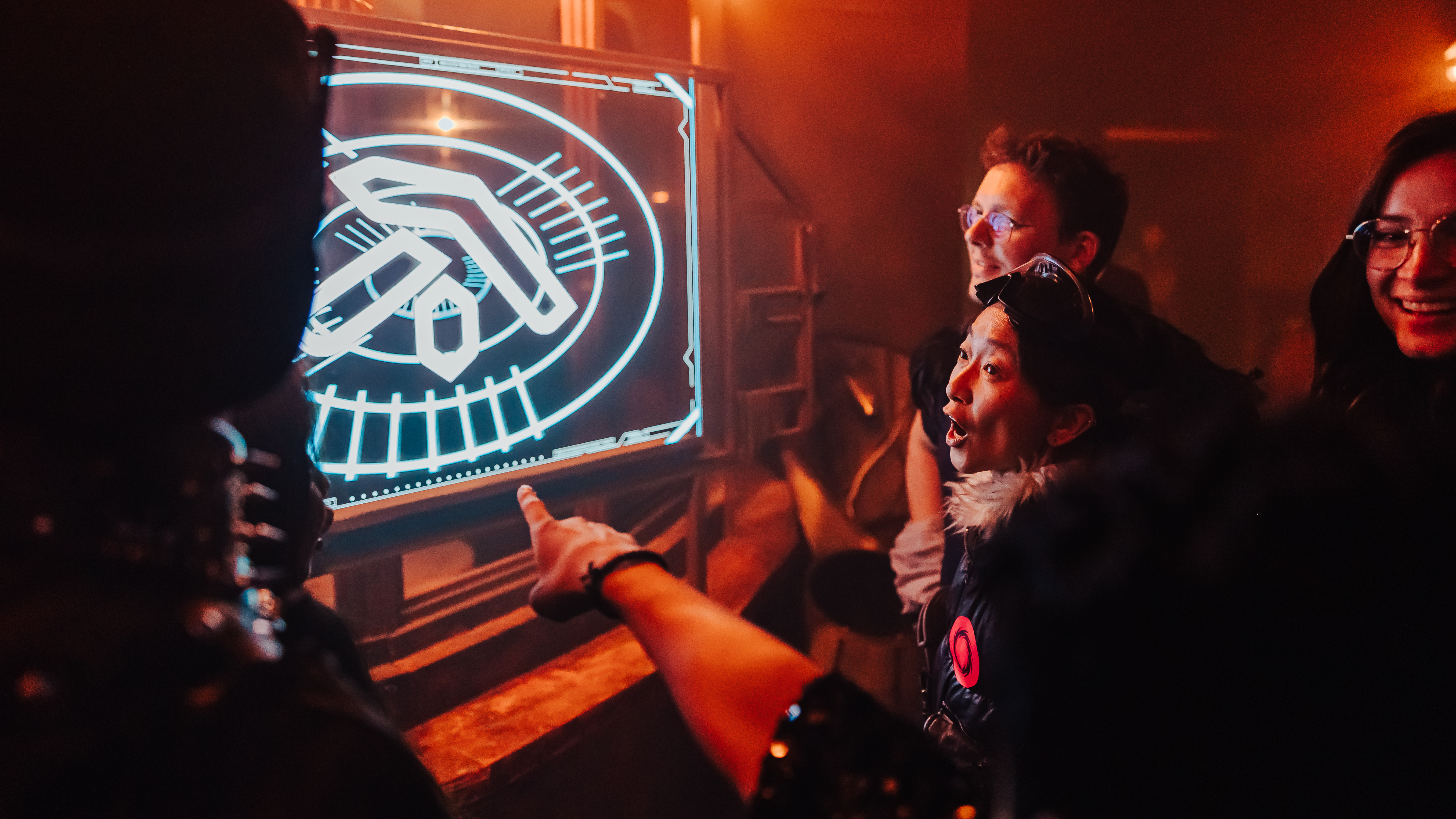 With every film, Secret Cinema tries scales up ways they can impress the audience and get them involved to create an unforgettable experience.

The team expands from a sole creative director writing a two page treatment right up to around 250 – 350 people who bring it all together in time for opening night.

By the time they are six weeks from launch, Matt says it’s like "an army of maniacs" all working towards one epic goal of presenting the best story ever told.

He said: "It’s terrifying how much has to get done in such a small period of time. But every time it does, it's down to working with the most talented and committed team we can find."

Performers are auditioned for each of the movies as different scripts require unique looks and skill sets but there are a core of veterans who are touted as "the world's most experienced immersive actors".

Matt says they are part of the magic behind Secret Cinema.

He says: "The connection and improvised zeal between the actor and the crowd is the voodoo in the room.

"They are incredible. Their ability to read and channel large crowds of audience into behaving in strange ways blows my mind.

"We rely on this core cabal of geniuses to help onboard the new faces we bring into the cast to keep things fresh. And to deliver the roles of the principal characters.

"When these specialists feed off the energy of an excited audience member is when the magic bursts into life immediately."

This is the most complex and technically sophisticated show we have ever dared dream up. This show is unique compared to anything we’ve done before

Each area or theatre set has a very intense performance plan running constantly. There are acute shifts in the narrative, action and world environment every few minutes.

There is a tech HQ, a control room where everywhere is run, cued, monitored and manipulated for the audiences’ pleasure.

Matt says: "It’s quite overwhelming trying to watch it all at once from the perspective of stage management and the show caller. I don’t know how they keep track of everything so calmly."

When it all comes to life, Matt is one of many from the crew who feel "strangely emotional" when it actually works.

He said: "These shows take so much energy and focus to make that you end up completely invested and obsessed with the smallest of details.

"I think layers of relief, surprise, stress and euphoria bubble up in the launch phase.

"And ultimately gratitude to all the people who give up so much of their lives to help make the shows, and of course the audience for bringing so much commitment and play to complete the picture."

"The audience make the event. We couldn’t bring a film to life if the audience doesn’t have a clear role and motivation to explore the world.

"We always challenge ourselves at the start of planning a new show: 'if we didn’t have any actors then would the audience know what to do?' It’s a handy starting point to build from." 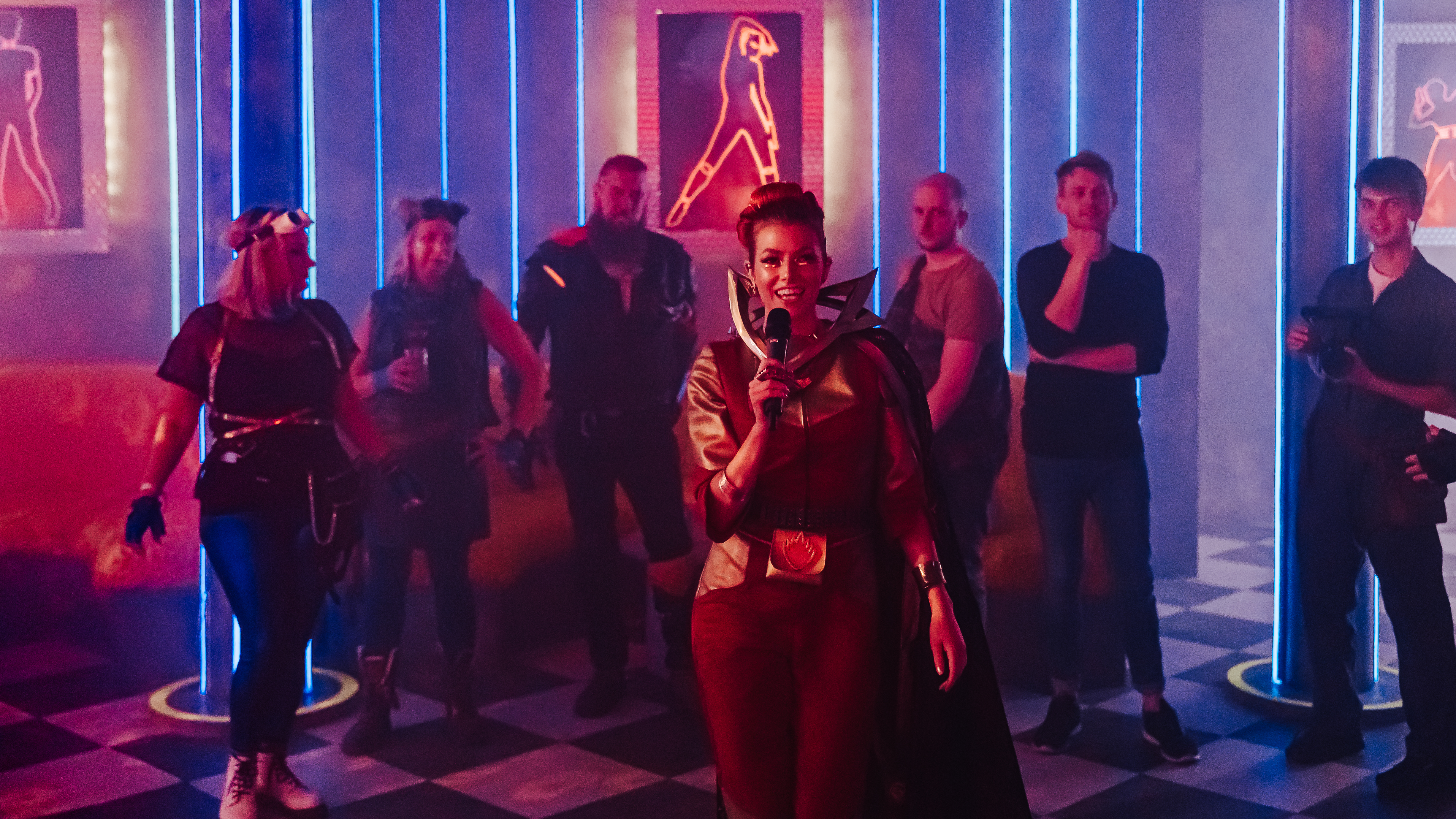 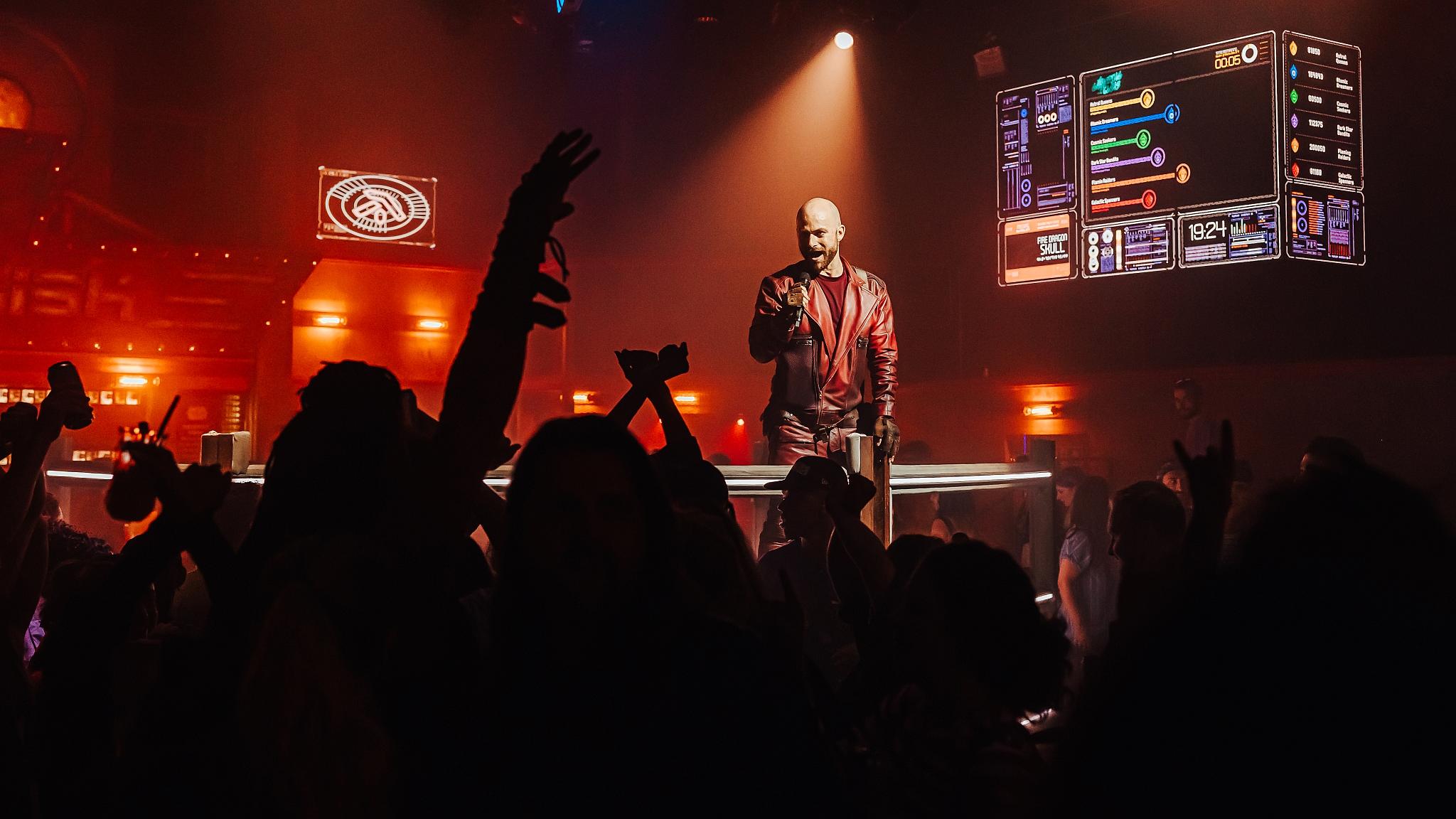 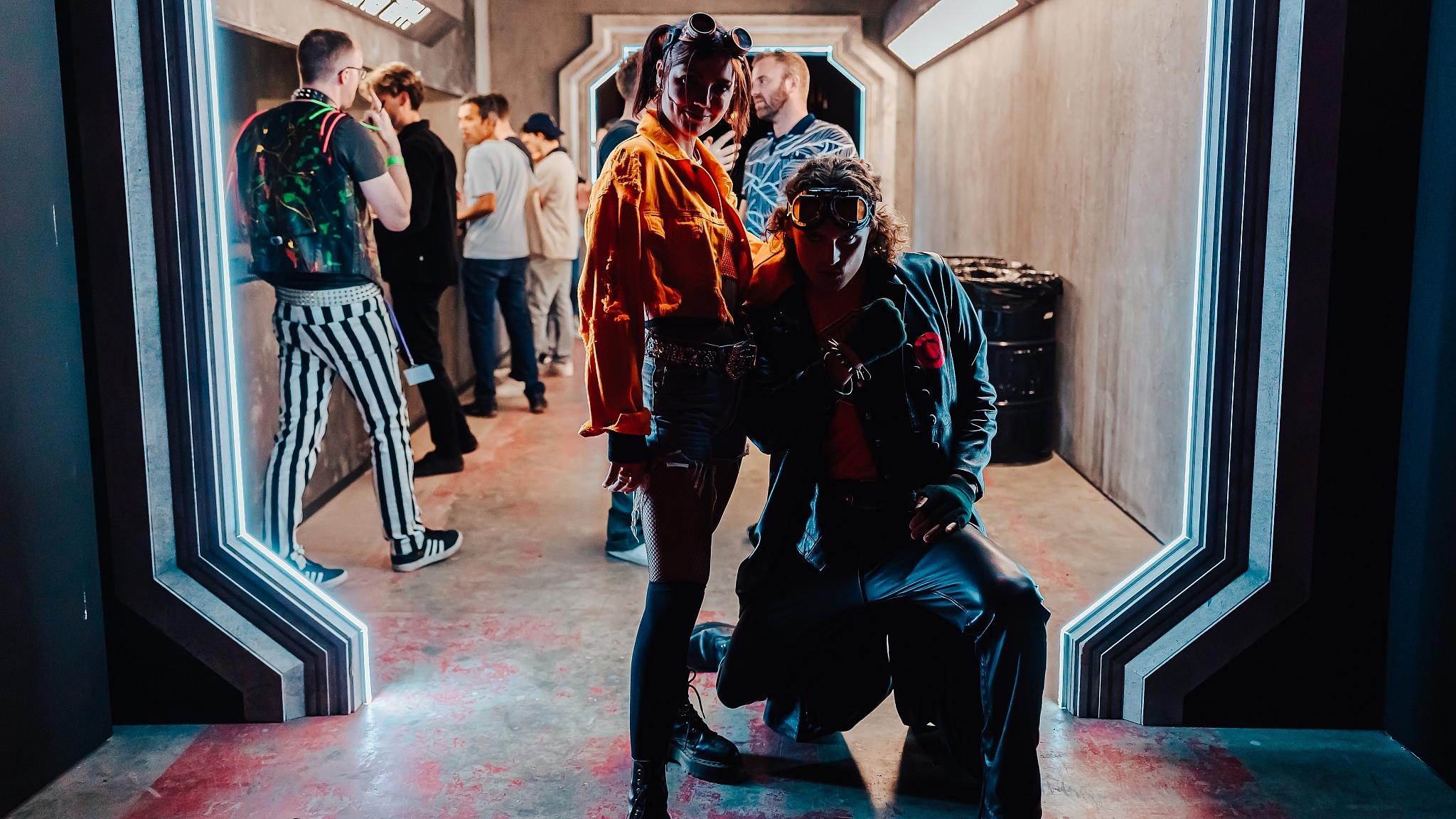