ITV This Morning: ‘What has happened?’ Viewers confused as show replaced in HUGE shake-up 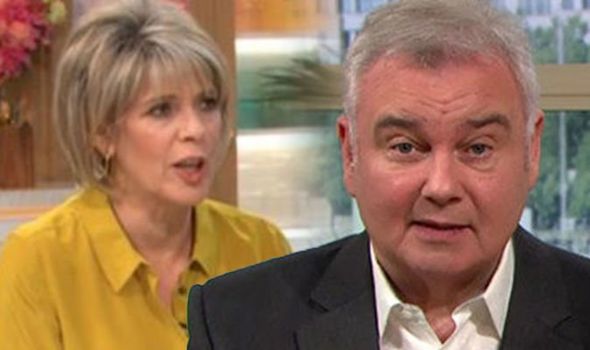 This Morning on Sunday was announced at the beginning of the year, meaning the ITV show would broadcast six episodes a week following the success of the daily instalments of the show.

As the regular presenters of the Friday editions, as well as standing in for regular hosts Phillip Schofield, 57, and Holly Willoughby, 38, during their breaks, Eamonn Holmes, 59, and Ruth Langsford, 59, were tasked with fronting the show.

The pair have been presenting the weekend show for many weeks now, but today, cooking programme John and Lisa’s Weekend Kitchen aired in its place.

When asked about why This Morning was not airing today, an ITV spokesperson said: “Throughout the summer we often make changes to our schedules and with the network focusing even more on food programming for weekend mornings, more episodes of John and Lisa’s Weekend Kitchen have been commissioned for Sunday mornings at 9:25am.