Eamonn Holmes presented the programme alongside his wife Ruth Langsford today and the topic of the day was Theresa May’s resignation.

The Prime Minister announced she would be stepping down from the position as Conservative leader on June 7.

Toward the end of her speech, the politician’s voice broke and she became visibly emotional before heading back in to 10 Downing Street.

In the wake of the news, Ruth and Eamonn discussed whether they extended their sympathies to the PM or not, as was the subject of the ITV programme’s phone-in.

I thought it was typical Theresa May

“Do you feel sorry for her?” Ruth asked her husband.

“No,” Eamonn said as he explained: “I didn’t. I thought it was typical Theresa May making it about herself.

“What is happening there, I think she talks like a preacher.”

He continued his rant by saying: “We elect people to carry out our will. She stood there and told us how great she was.

“She’s saying ‘You got rid of me even though I’m brilliant.’

“She’s been the worst Prime Minister this country has maybe ever had.”

Ruth chimed in to add: “Not a great legacy for the history books.” 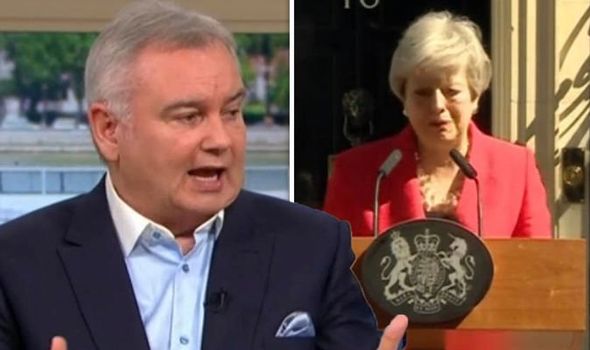 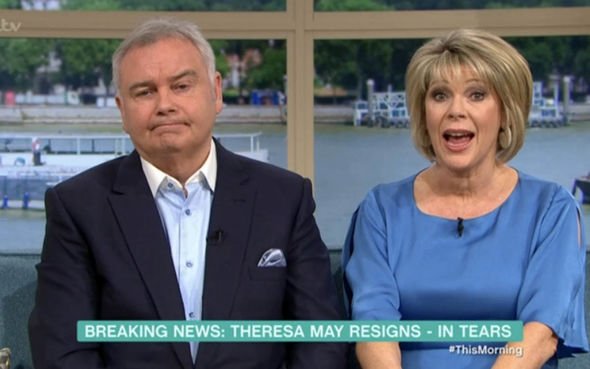 Eamonn continued to vent, although he implied he didn’t have a bias.

“I don’t wish to be party political because I don’t vote for any of them,” he declared.

“All of this, as Robert Peston said, is trouble of her own making, she doesn’t listen to people.”

Eamonn also brought it up moments later as he implied that Theresa May was pointing the finger at her fellow MPs.

He said: “It’s interesting that she stood there and said ‘It’s not my fault, it’s all these MPs’.” 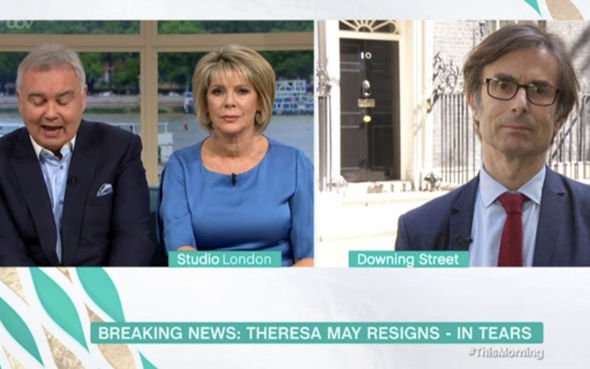 “Well, whoever her successor is would face the same problem,” Ruth said.

“She negotiated the withdrawal so you know…” Eamonn trailed off.

Ruth and Eamonn later read out messages addressed to Theresa May from her colleagues in the Conservative Party.

But Eamonn blasted the politicians as he said they we’re the ones “who made her cry”.

This Morning airs weekdays at 10.30am on ITV.