JEREMY Clarkson blasted a Who Wants to be a Millionaire contestant for 'wasting a lifeline' – but she had the last laugh.

On Sunday's show, medical student Mainga Bhima from Lancashire took to the chair. 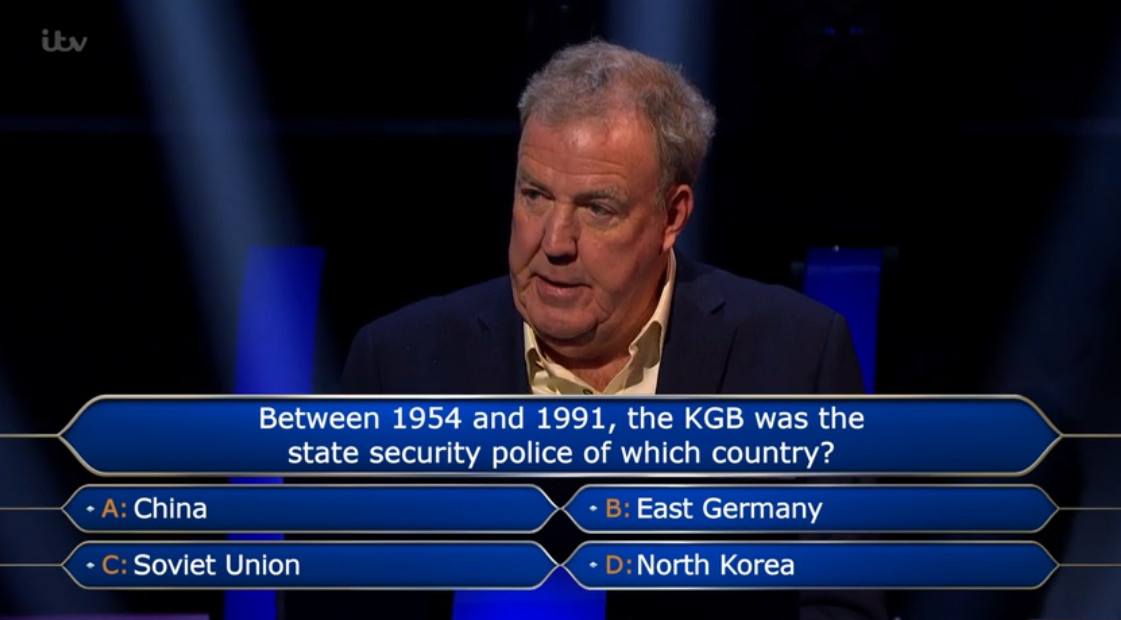 After seeing two other contestants go home with just £1,000, Mainga took her time, and became really unsure of herself when she got to a question about which country's secret service was the KGB.

She managed to narrow it down to the Soviet Union and East Germany, before deciding to use her 'ask Jeremy' lifeline.

Not mincing his words, Jeremy replied: "You're asking me and I think you've wasted a lifeline, you knew it was the Soviet Union and I'm also 100% sure it is."

Mainga and Jeremy were right with the Soviet Union, and viewers agreed she should have gone with her gut. 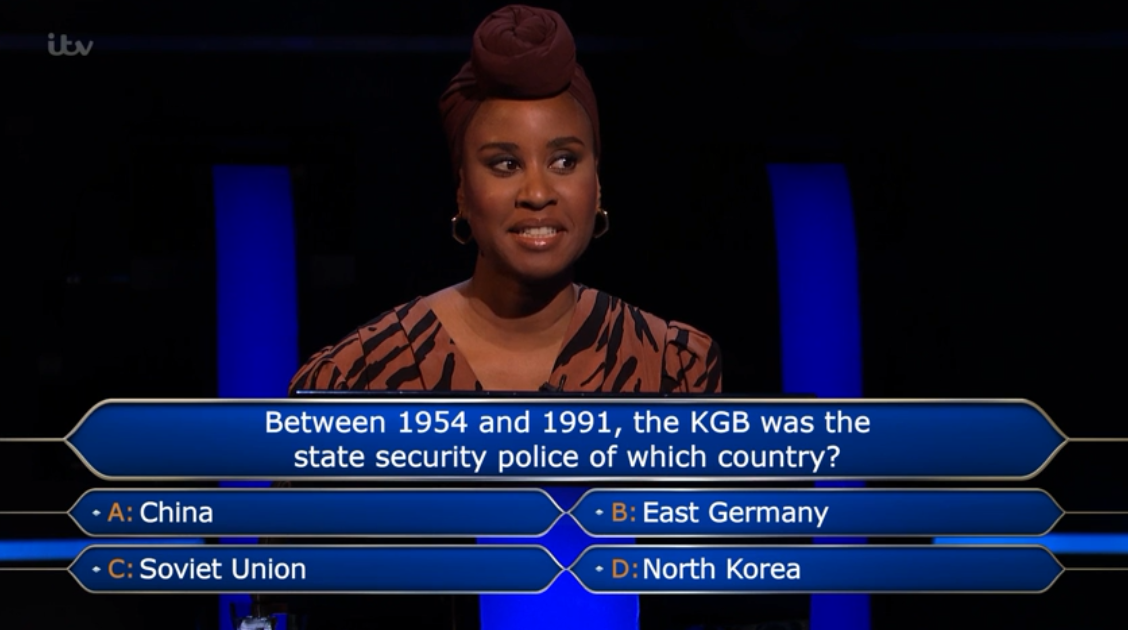 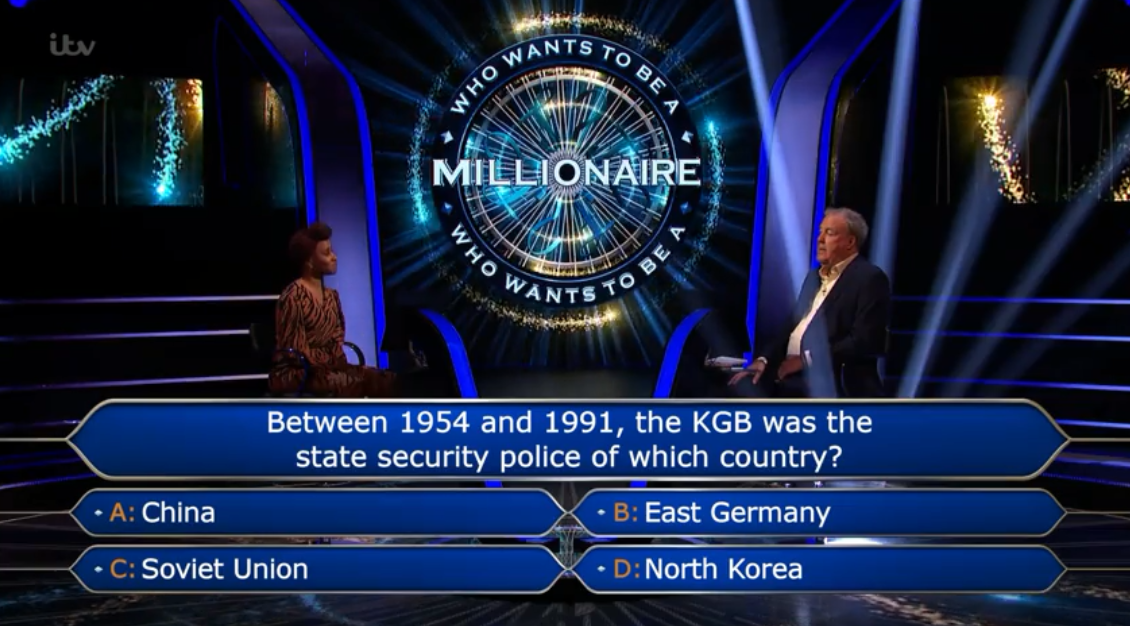 One wrote on Twitter: "She did waste a lifeline that was an easy one."

A second added: "Even Jeremy's having a go for wasting a lifeline."

While a third tweeted: "Yet another waste of a lifeline on an easy question."

Thankfully Mainga had the last laugh, as she set her safety net at £64,000. 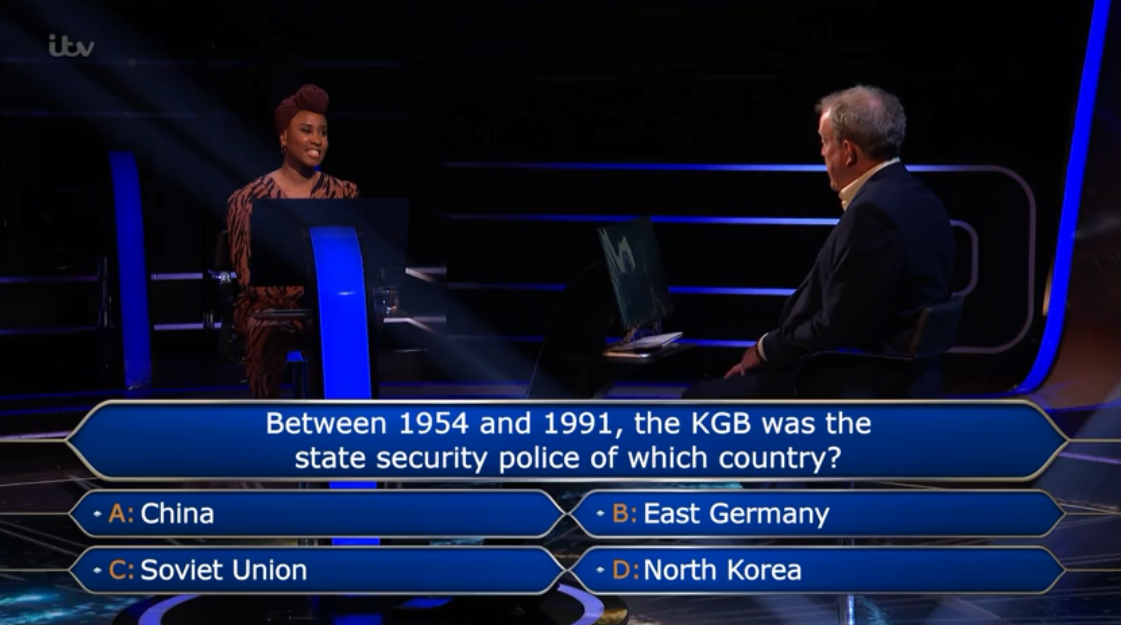 Jeremy was disappointed to see her go, especially as she still had her second phone a friend lifeline left.

However, Mainga was happy to be going home with a respectable £64,000.

Who Wants To Be A Millionaire airs on Sundays on ITV.