POP superstar JESSIE J has told how she fell in love with Hollywood actor CHANNING TATUM – and is now focussed on trying to start a family with him.

In her most personal interview ever on the latest episode of my podcast The Dan Wootton Interview, the new Voice Kids coach opens up about an emotional two years that saw her refuse medical advice to have a hysterectomy in order to pursue her dream of having children. 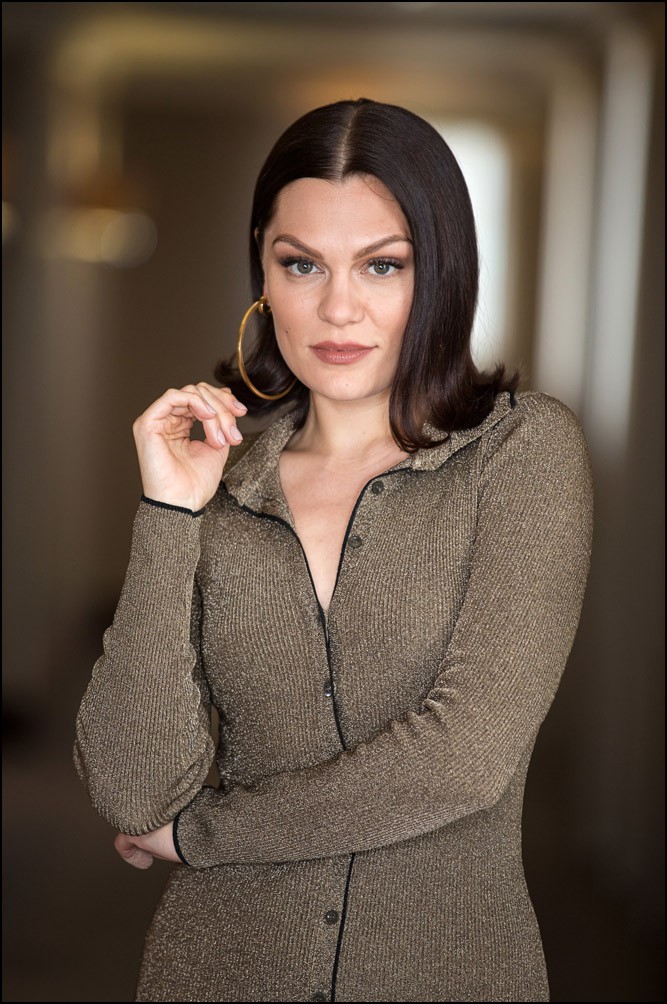 But for the first time she also goes public about her serious relationship with the Magic Mike heartthrob who she began secretly dating last year.

She tells me: “The reason we kept it a secret for as long as we could was because we wanted to really enjoy it without it being magnified into something that it wasn’t yet.

“You don’t go on a date with a guy twice for a dinner then fall in love – well maybe you can, but that’s not me. That’s not who I am. I need time.”

But after being together for over six months, the pair decided to go to Disneyland on a date, where they were pictured in a public display of affection. 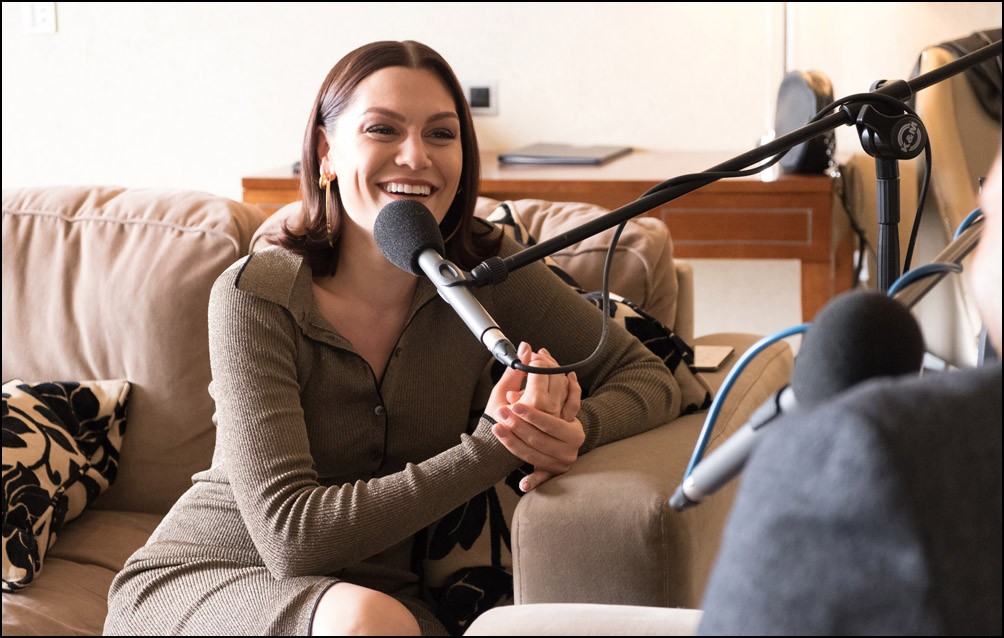 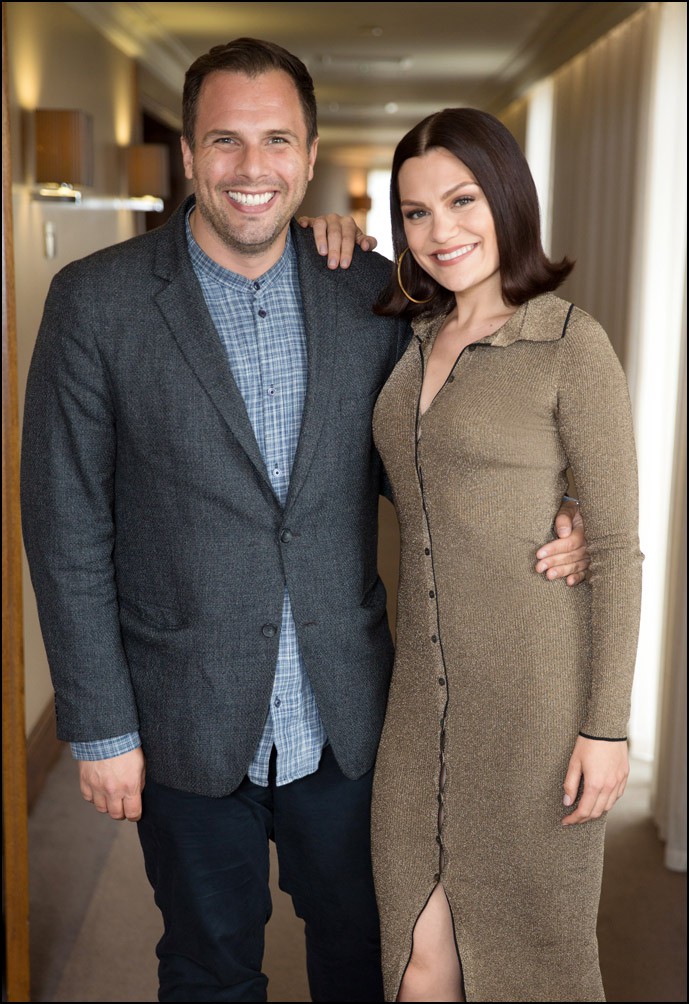 Jessie explains: “Everybody knew – I was like, ‘Can I just go on a date?’

“But then we realised and we spoke. We weren’t experiencing love or a relationship in the way that we deserved because we had to hide and I don’t want to live like that.

That recent saucy snap resulted from a dare between the two over a game of Jenga where the loser had to publicly post a picture chosen by the victor.

Jessie plumped for a shot of Channing nude in the shower and she laughs: “Yeah that Jenga game was fun, it was very fun.

I lost a game of Jenga to Jessica Cornish. The loser (me) had to post a picture the other person (Jessica Cornish) picked… Smh and fml… I’m never playing Jenga with her ever again… ? + ? ? : @jessiej

I lost a game of Jenga to Jessica Cornish.The loser (me) had to post a picture the other person (Jessica Cornish) picked… Smh and fml… I’m never playing Jenga with her ever again… ? + ? ? : @jessiej 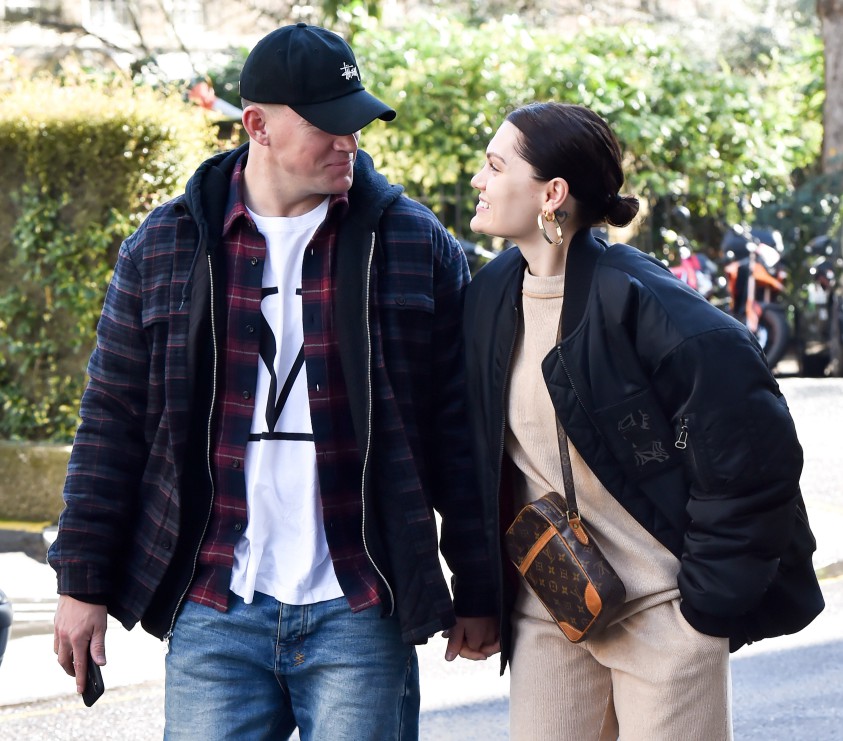 “How good is his picture? I was so proud of that. Sharing is caring, babes. He looks great.”

But Jessie’s high profile new relationship has masked the pain of being told she is unable to have children because of ongoing fertility issues.

However, in the emotional podcast she reveals she is fighting her medical diagnosis – and is determined for the couple to have their own family.

Speaking in personal detail on the new episode – which you can subscribe to by searching for The Dan Wootton Interview on Apple Podcasts or wherever you listen to yours – she says: “I was told, ‘You’re going to need a hysterectomy.’ And I refused it and I said, ‘I’m going to do this and it’s going to be fine.’ 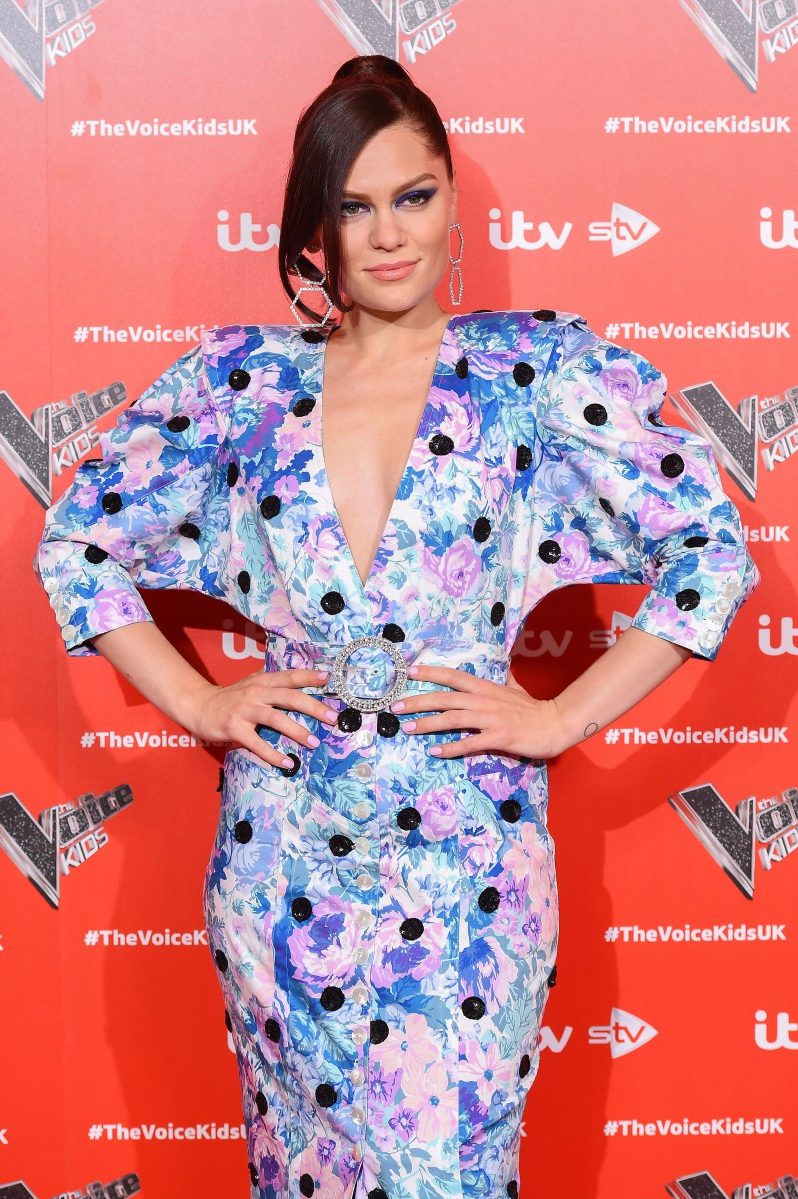 Jessie’s return to The Voice Kids franchise this Saturday on ITV at 8pm marks yet another emotional moment for the Price Tag singer.

She was one of the first coaches on the BBC version of the show in 2012, cementing her status as a household name.

But the public soon appeared to turn, following headlines of diva behaviour backstage and criticism of her apparently arrogant behaviour on screen.

Jessie today is wise, mature and well aware of how the fame game can chew you up and spit you out.

Looking back at that period, she admits: “I was quite annoying to be fair. Even if I watch it back I’m like, ‘Babe you can talk at a normal pace and level.’

“I think that I’ve always known that I’m a bit of a marmite person, especially back in the day, you either love me or you hate me.” 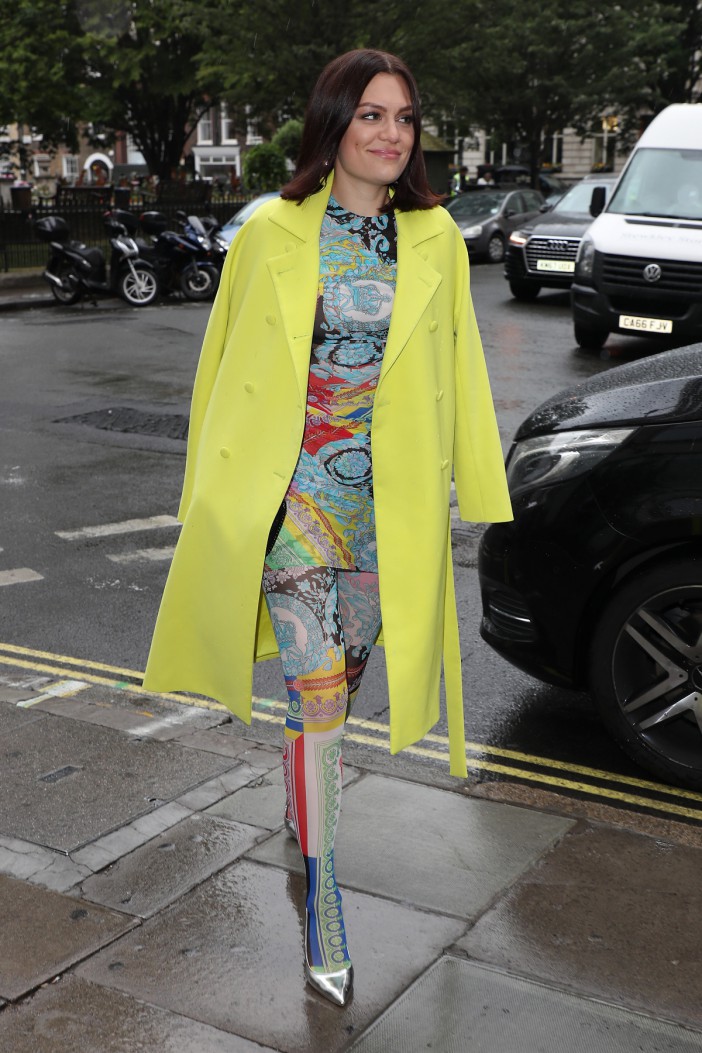 Jessie’s life “spiralled so quickly” and she started to experience severe anxiety as she lacked “the head space to cope” with her heady rise – and she tried to comprehend being booed by the studio audience on The Voice.

She shaved her head to raise money for cancer, recalling: “I used The Voice in some which way The Voice uses you, in a very respectful way, to become more famous, to be able to get more money for the head shave.

But after two series, she quit, escaping to the US where she had experienced fame as a popstar, not a TV talent show judge.

Her biggest moment of transformation was when she decided to throw caution to the wind and decided to accept an offer to enter China’s biggest talent show Singer, which was watched by 1.2 billion when she sung I Will Always Love You to triumph.

“I just fell in love with the challenge and the positivity it was doing and building the gap between two different cultures. And then I was given the honour of being the British ambassador in China and I was like, ‘Guys you know that I can’t spell photosynthesis, is this OK?’ 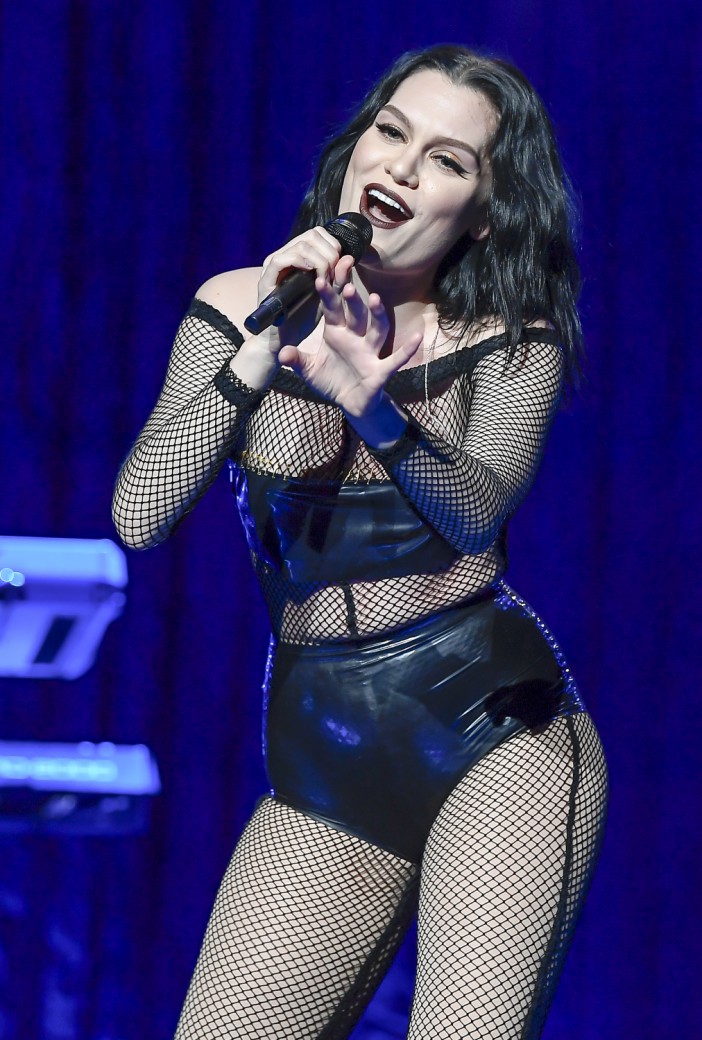 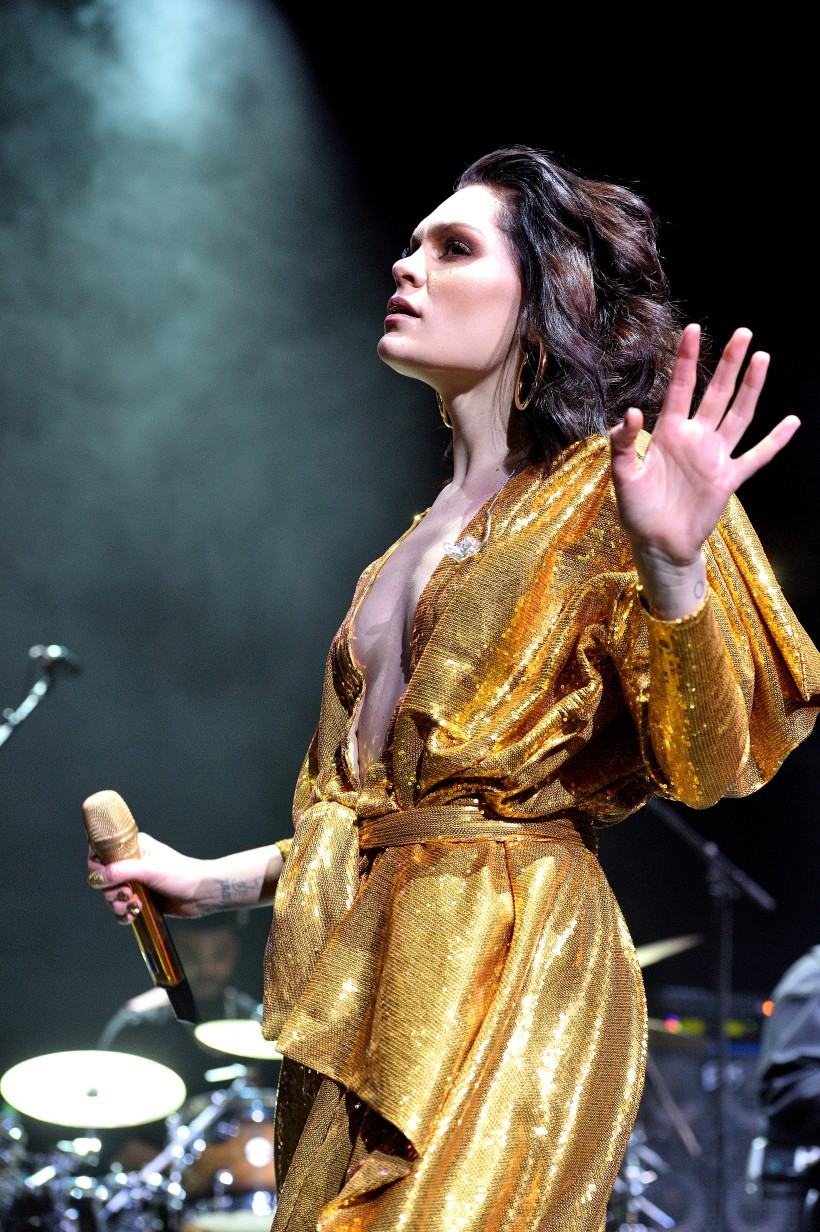 She still suffers from bouts of anxiety, but now knows she can cope, disclosing: “Anyone that experiences anxiety, it’s not being nervous, it feels like the whole world’s gone from under your feet and you can’t be in the room and it’s terrifying.

“I have my days when it’s overwhelmingly bad and I think that’s so normal. But when I tell you it’s like I’m a different person to who I was three years ago.”

While she admits to initially being “100 per cent reluctant” to return to The Voice franchise, she eventually decided the time was right to re-enter the British spotlight.

Jessie says: “I did go to LA to get to know myself in a different way to how I felt I was portrayed in the UK.”

But she then adds: “I didn’t run away or give up on the UK – I did it because I needed to myself.

“I’ve always had a place here, this is my home. I’m always going to be here. I’m not American, I don’t want to be American."