Joey Badass on Wu-Tang series: Who does he play on the Hulu show? 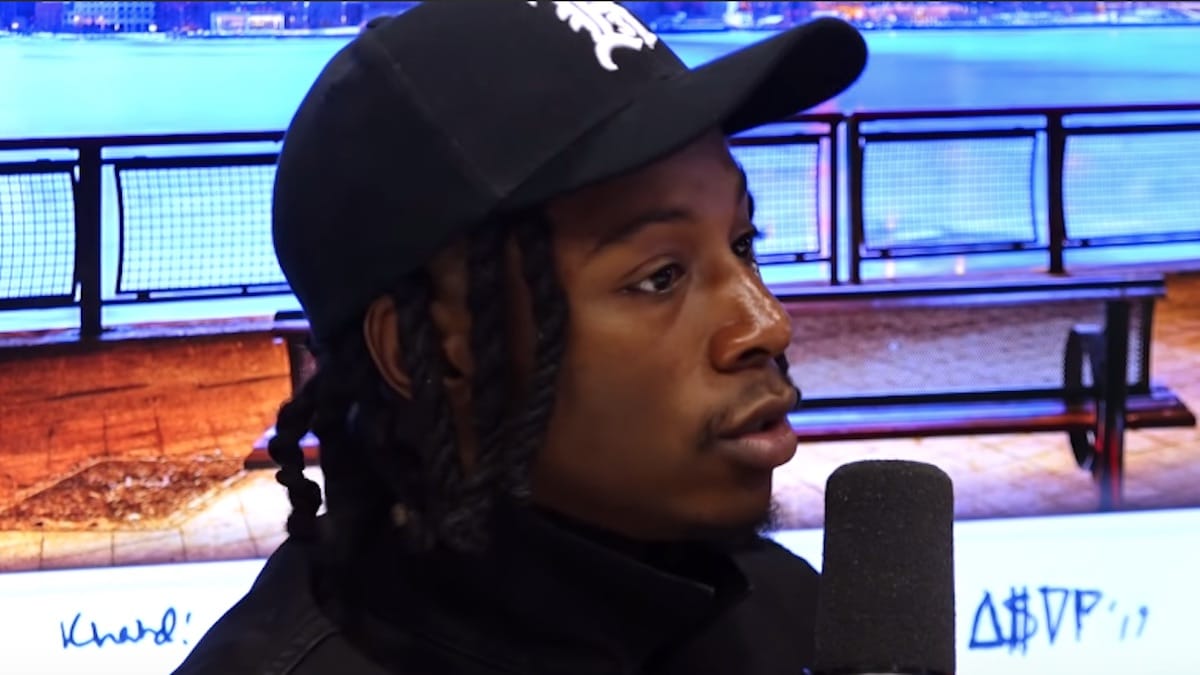 Rapper Joey Badass, commonly stylized as “Joey Bada$$,” is among the cast of the new Hulu series Wu-Tang: An American Saga. The hip-hop star appears on the weekly episodes which chronicle how the hip-hop crew Wu-Tang Clan originated and became the pioneers they are today.

So who does Joey Badass play on the Hulu Wu-Tang series?

While Joey Badass has launched his hip-hop career over the past several years, he’s drawing upon his skills as a rapper to portray a member from Wu-Tang Clan.

He plays a character called “Rebel” in the Wu-Tang series cast, which fans of the group know is the nickname for Inspectah Deck. He often goes by that in songs where he proclaims himself, “INS the Rebel.”

Joey spoke to Angie Martinez of Power 105.1 about his involvement and the production. Highlights from that interview are in the clip below. Angie and Joey’s full interview is on YouTube.

So who is Joey Badass? The 24-year-old’s birth name is Jo-Vaughn Virginie Scott. He was born in Brooklyn, New York, and continues to represent that area when it comes to the hip-hop scene. That made him a wise choice to portray Inspectah Deck on the Hulu show.

Inspectah Deck, real name Jason S. Hunter, was born not far away in the Bronx. He’s now 49-years-old, but Joey pulls off the portrayal of a young INS the Rebel on the Hulu Wu-Tang show.

Joey is also one of two rappers taking on roles as members of the group. The other who appears as a series regular is Dave East who portrays Shotgun aka “Method Man.”

24 and look I’m still alive!… aw man where do I start… grateful to have made it this far, thank you guys for all the bday wishes. Spent last night working (usually how I spend my bday) and today I’ll be surrounded by family & friends. Decided to keep it low pro this year and just treat myself to a couple of gifts (soon come ;)) Counting my blessings and getting ready for a prosperous #kobeyear numbers on the board this year on my mama. Lot of exciting things happening Stay tuned. Love | ?: @filmsbylevi

In addition to this role as Inspectah Deck aka “Rebel” on the Wu-Tang Hulu series, Joey Badass appeared on Mr. Robot. In fact, that’s where he debuted for TV roles in the recurring role of Leon.

He also appears on Boomerang as Camden Knight, a recurring role he started this year in addition to the Wu-Tang role. Some fans may have noticed his appearance in the promo video for the EA Madden 20 video game too.

Catch me in the official #Madden20 first commercial! Congrats to the new face of the franchise @patrickmahomes!

Joey’s rise to fame seems like it will only continue based on these early acting credits. One has to think significant movies will be in the mix.

Not only is he a talented musician but seems to be following in the footsteps of other hip-hop stars who successfully went into acting. They’ve included Will Smith, Ice Cube, Ice T, and LL Cool J.