When Ben Barenholtz, 83, died Wednesday at his new home in Prague, we lost one of the giants of American independent cinema. This vital and genial man has left a legacy behind few can equal. Many in the film community remember him as an entrepreneur, champion of new talent, mentor, cinephile and filmmaker. (Check out his many Facebook tributes here.) Others shared their thoughts in emails to IndieWire throughout the day.

“Ben’s passing is the end of an era,” said John Turturro. “I knew Ben first as a theater owner of the Elgin, which I used to frequent as a young man. Then I worked with him as a producer of ‘Miller’s Crossing’ and ‘Barton Fink.’  He introduced me to so many talented people. His great eye, his sense of humor and mischievous rebellious outlook masked a complicated and difficult early life. He was one of a kind and and will be missed by all who knew him.”

One of his closest friends, Tom Prassis, the Executive Vice President, Sales at Sony Pictures Classics, echoed that sentiment. “He shaped my life from the moment I met him back in 1978,” Prassis said. “I can’t tell you the countless number of people I’ve run into who told me their film aesthetic was born at the Elgin Theatre. Ben touched so many people in different ways.”

As a producer, Barenholtz’s work included “Requiem for a Dream,” Darren Aronofsky’s ambitious sophomore effort that scored Ellen Burstyn an Oscar nomination. “Sad to lose Ben Barenholtz, a wholly original soul,” Aronofsky wrote on Twitter. “[I] remember vividly, him and [‘Requiem’ writer] Hubert Selby Jr. laughing about crazy all-nighters in the 60s in the Village with all the legends. Ben lived a vivid life always with a sparkle.”

A list of his many credits falls short of bringing the Ben his friends embraced to life. “Today he’d be called an ‘influencer,’” wrote critic Carrie Rickey in an email. “It’s hard to think of any other exhibitor/distributor/producer of his era who so profoundly shaped film culture. Without Ben, would we have seen David Lynch’s ‘Eraserhead,’ Alejandro Jodorowsky’s ‘El Topo,’ John Waters’ ‘Pink Flamingos,’ John Sayles’ ‘Return of the Secaucus Seven,’ and the Coen Brothers’ ‘Blood Simple’? And without Ben’s introducing these films, would we ever have seen these filmmakers’ subsequent work? Without Ben would there be such a thing as midnight movies? I think not.”

John Waters concurred. “Without Ben Barenholtz and The Elgin Cinema and its prized midnight showcase, ‘Pink Flamingos’ might never be remembered today,” he said. “He was a cult kingmaker, that’s for sure!“

After surviving Nazi occupation in Ukraine, Barenholtz arrived in New York in 1947. He launched his career as a Bushwick assistant theater manager and eventually became one of the key forces in the New York independent film industry, along with New Yorker Films exhibitor/distributor Dan Talbot. A true renaissance man of exhibition, Barenholtz introduced popular midnight shows at the West Side’s Elgin Theatre, which he operated in the late 1960s. He celebrated directors like John Waters, and introduced to Manhattan cinephiles films ranging from French classic “King of Hearts” and Alejandro Jodorowsky’s “El Topo” to Jimmy Cliff’s “The Harder They Come,” that presaged the burgeoning American and foreign independent film scene.

Always ahead of the curve, Barenholtz moved Libra — where film executives Sam Kitt and Eamonn Bowles got their start—into domestic indies, including the debut features of two giants: David Lynch’s “Eraserhead” and John Sayles’ “Return of the Secaucus Seven,” as well as George Romero’s “Martin” (for which he also served as producer). He also made a five second appearance as a zombie in Romero’s “Dawn of the Dead.”

“Ben was what I wanted to be when I grew up,” said Magnolia Pictures president Eamonn Bowles. “He had an extraordinary influence in my life, in ways I’m still discovering. He was the least full-of-shit person I ever met.” 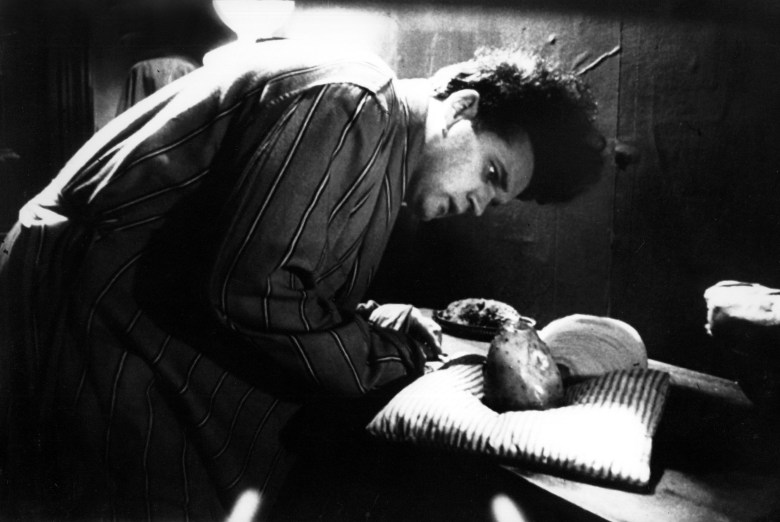 When Barenholtz served as an executive producer on “Georgia” in 1995, he talked former Toronto International Film Festival programmer Noah Cowan into screening the movie in a prime slot. “I was being tough on talent travel,” Cowan said. “Jennifer Jason Leigh was an expensive get and a big star at that time and with the budgets we had then it was a long and tortuous negotiation. Ben, who I barely knew, was playful about it and made it happen within a reasonable price range.” At a festival dinner, he forced the programmer sit with Leigh throughout the dinner. “I said, ‘Ben, I don’t think I am that interesting.’ He gave me that guffaw laugh and replied, ‘Well you better get interesting. And fast!’” When Cowan moved to New York to launch Cowboy Pictures, Barenholtz took him under his wing to show him the ropes of contemporary distribution. “I realized how little I actually knew,” Cowan said. “I am not sure I met a more intellectually generous man in my life and career. I will miss you, sweet Ben.”

In early 2017, he published a profoundly moving Facebook post where he revealed details of his life that he had rarely shared. These included the murder of his father when he was a seven-year-old hiding from the Nazis. “Run,” his father told him. He and his brother (who survives him in Israel) were among about 12 of 1,000 Jews in his area who survived. He wrote the post to warn friends that fascism was rising again. “Nationalism, racism, and fascism (are) on the rise everywhere,” he wrote. “History repeats itself but in other forms. They are the Alt-Right cover. The reality is they are ALT-FASCISTS.”

Many of those who knew Barenholtz are still revealing from those revelations. “What a life,” said Cowan. “He had such an interesting emotional balance. He dealt with ‘no’ better than anyone I knew.”