KATIE Price shows off her new slimline figure as she gets ready for her latest stab at the music charts.

The entrepreneur, model, singer and mum looked relaxed and happy in a swimming costume as she soaked up the sun in Majorca. 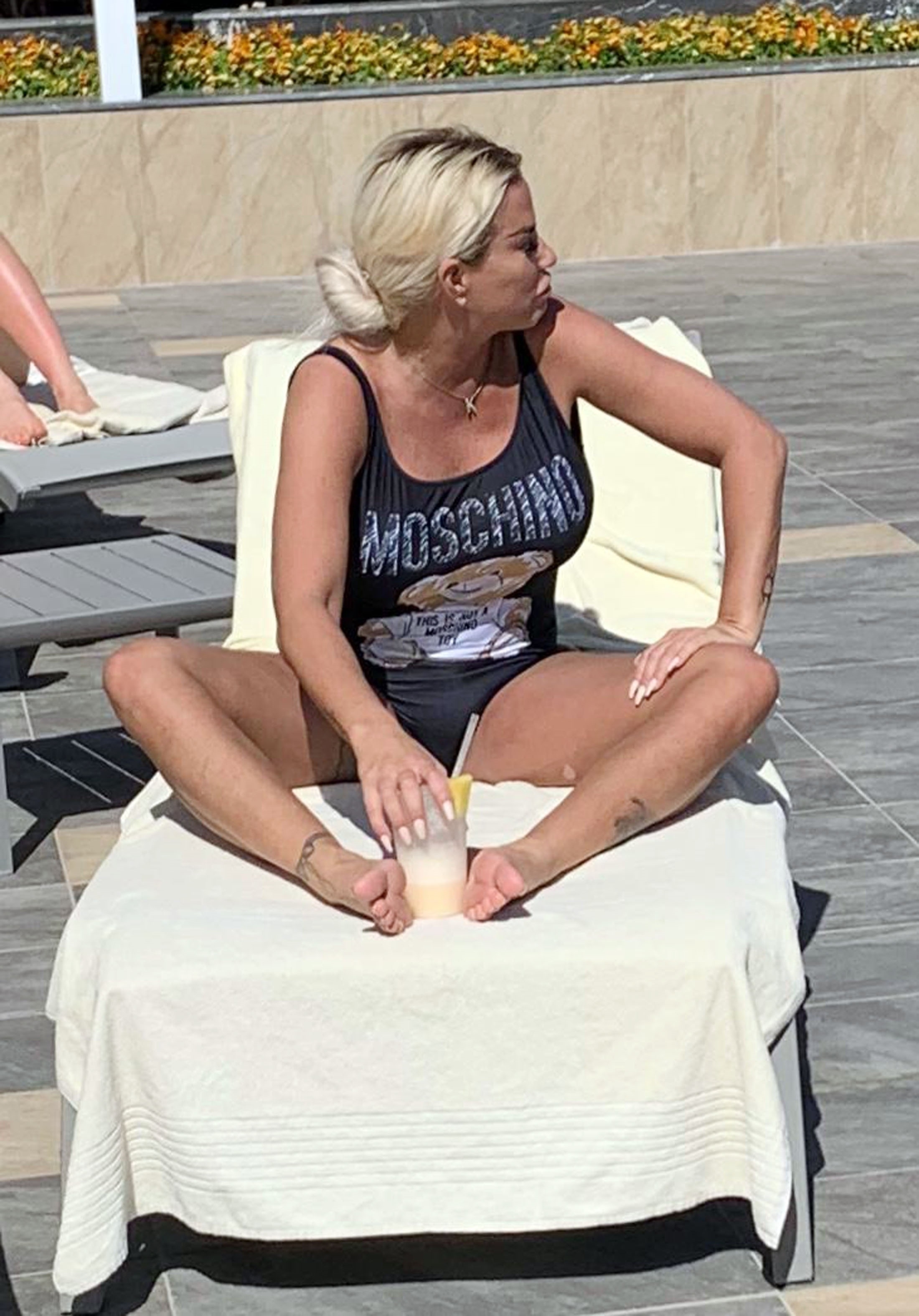 Katie wore her blonde hair tied back in a bun and topped off the look with a necklace and an exotic-looking drink.

The mum-of-five, who has recently admitted to struggling with her weight, was joined by her fitness enthusiast and toyboy Kris Boyson by the pool as they relaxed on the sunbeds.

He looked casual in Nike flip flops and blue swimming shorts with sunglasses perched on his head. 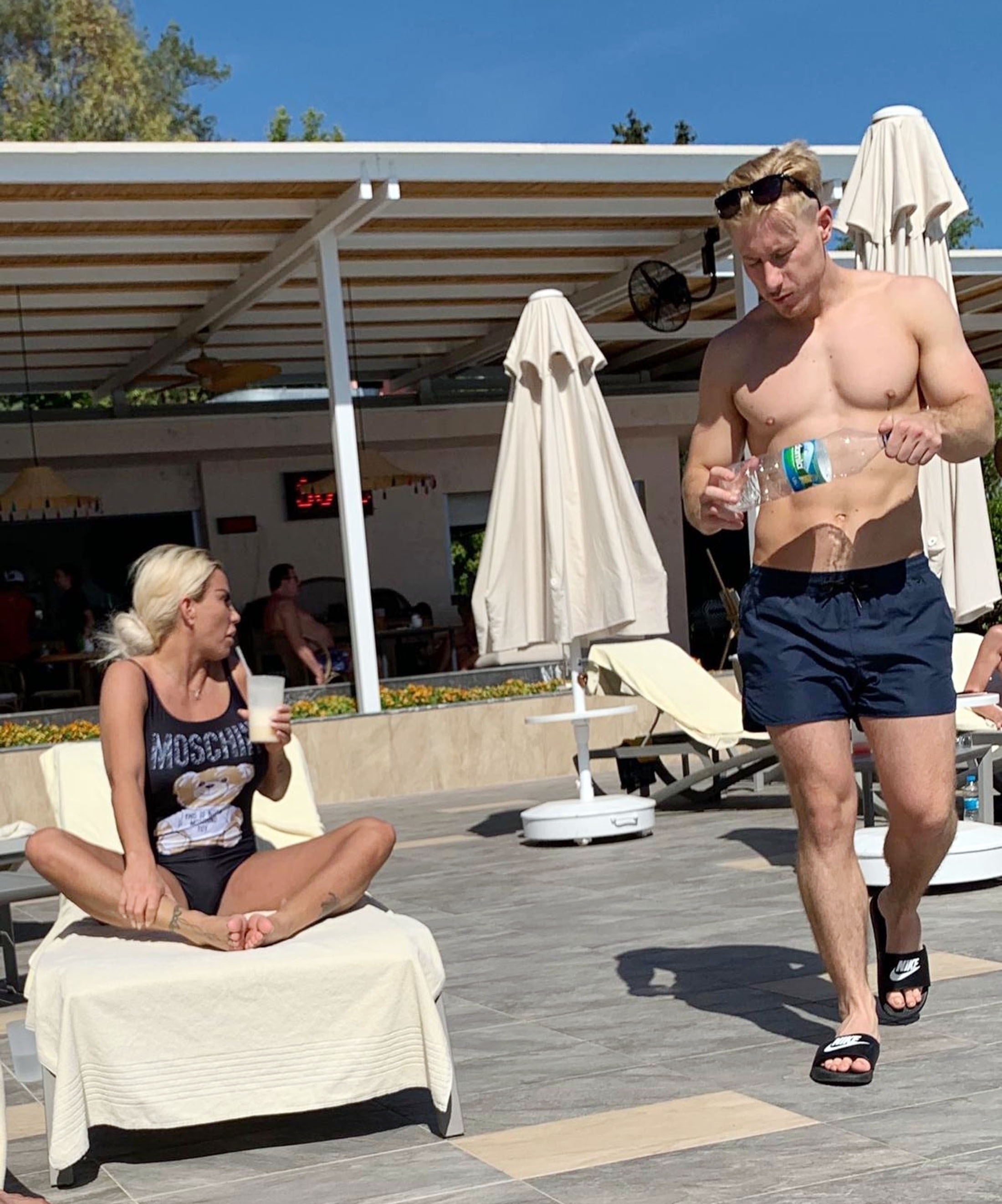 She's recently embarked on a get-fit regime after gaining weight and claiming she wants to lose another stone by going on a juice diet, consuming only 750 calories a day.

However, boyfriend thinks she should get in shape a different way.

A source said: "He's sceptical of what he calls a short-term diet. He’s telling her she’d be better off getting in the gym and stopping drinking alcohol.”

Katie and Kris have just flown back from Turkey where they went to get their teeth done with a celeb dentist.

Before that, Katie had liposuction, a Brazilian bum lift and a facelift which left her so swollen she 'looked like an alien'.

The model is also a fan of weight loss shots which she often promotes on her social media. 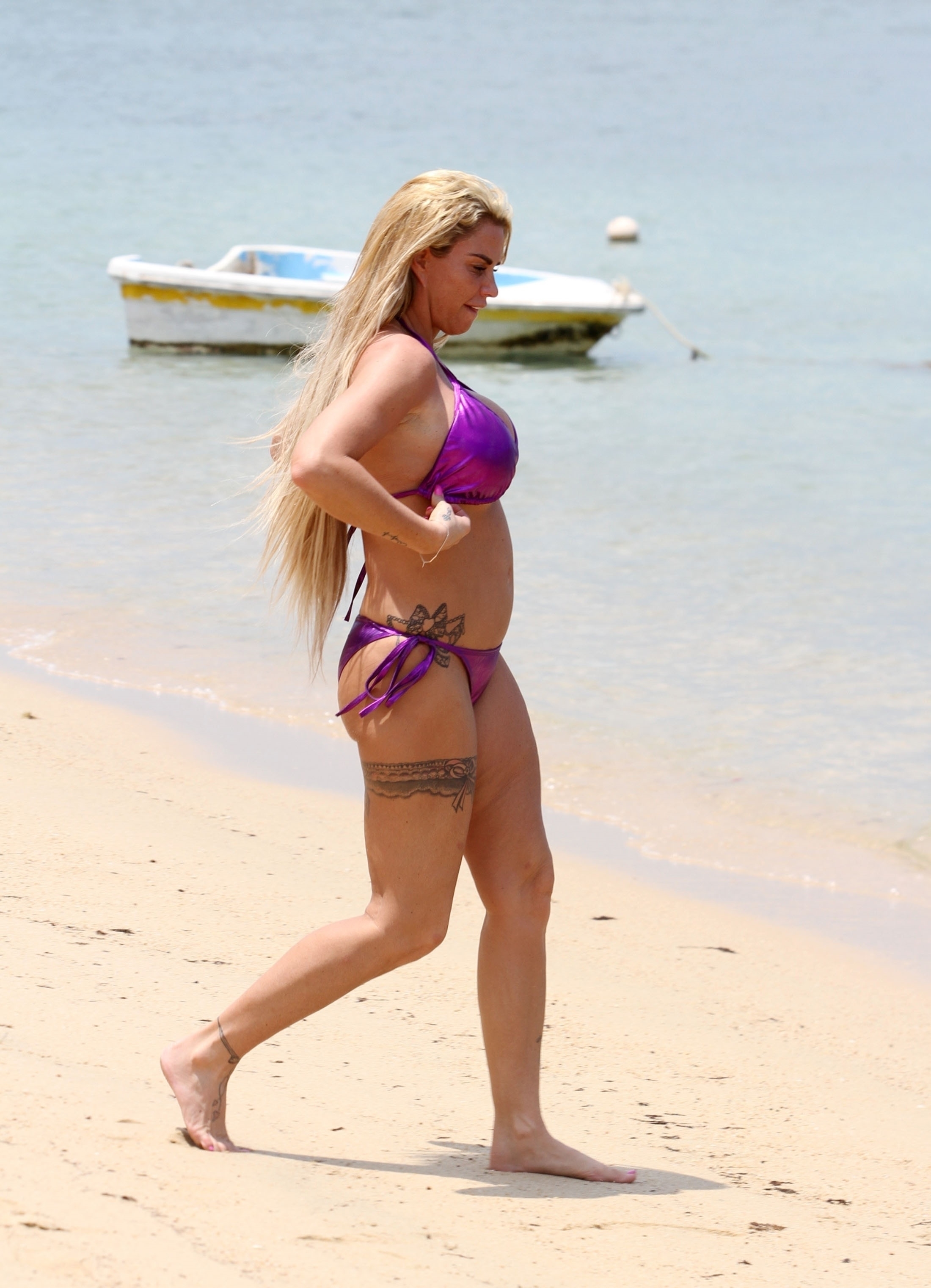 The star is set to showcase her vocals during a personal appearance at the launch party at Island Beach Club performing her brand new single Hurricane.

An insider told The Sun Online: “Katie has wanted to get back into the studio for a while and she's finally ready to relaunch her music career.

“She’s loved being back in the studio and has already started recording new songs – it could lead to a new album!”

Her latest go at a singing career came and rapidly went two years ago when she sang new song I Got U live on Loose Women. 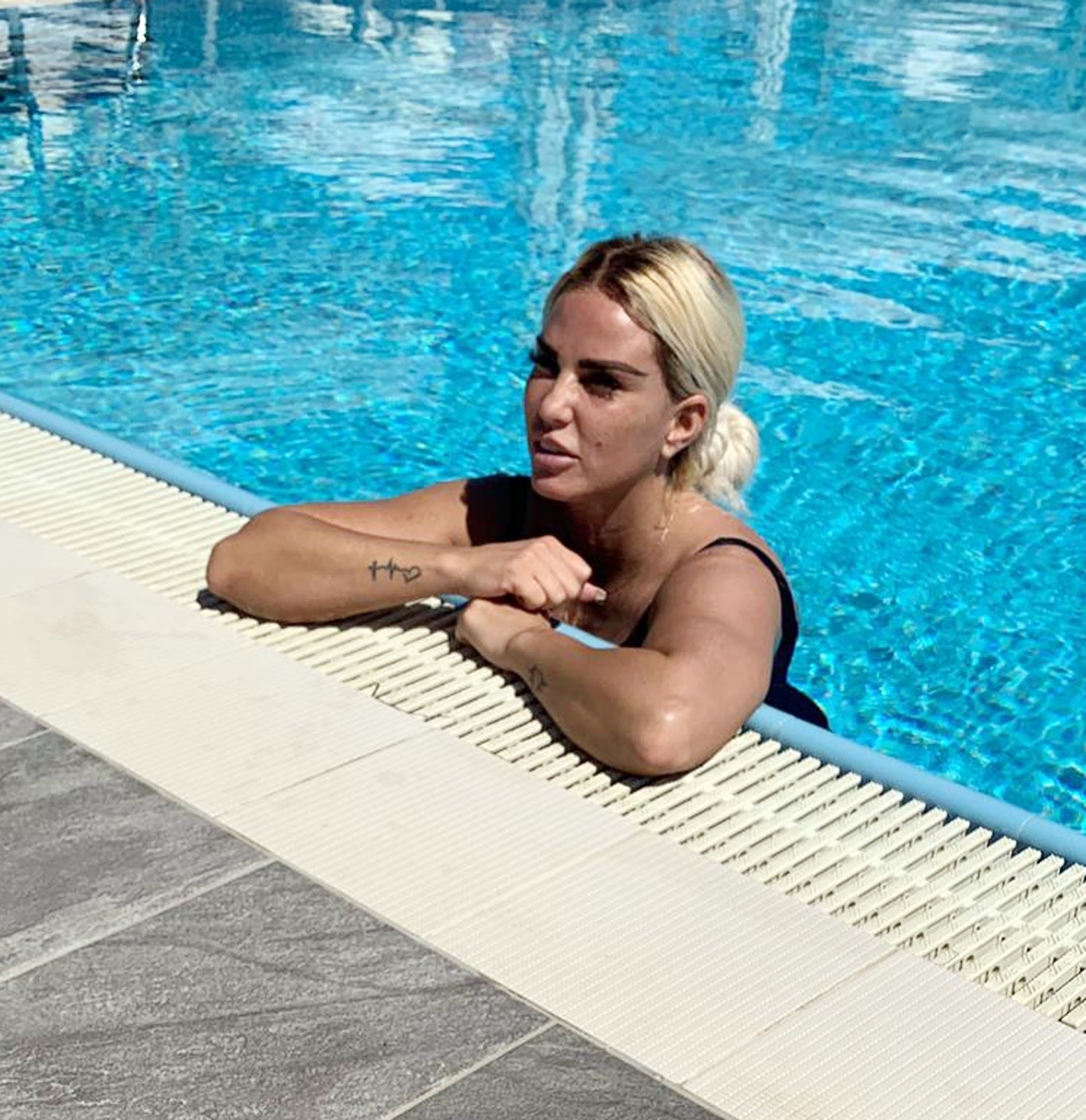 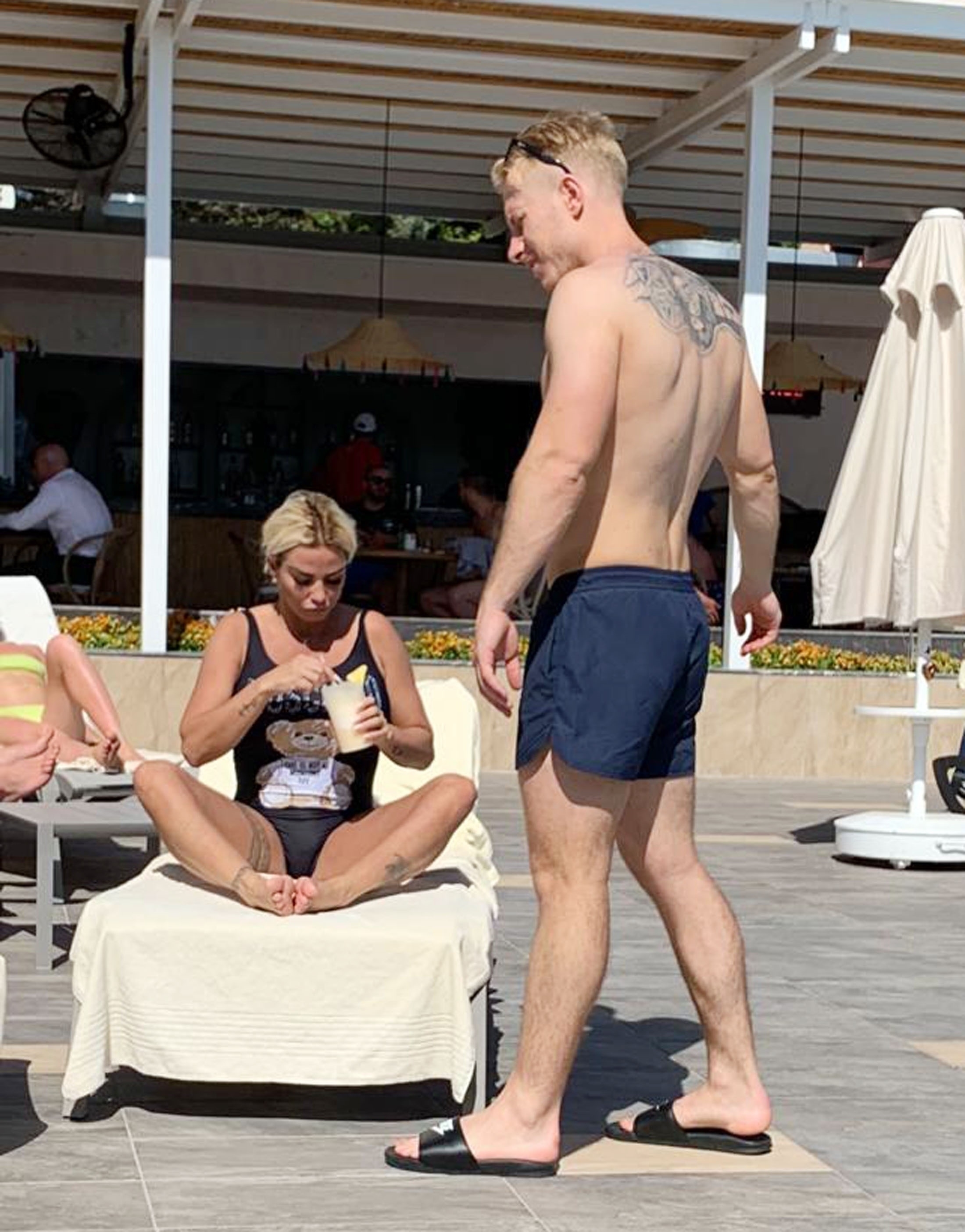 Katie and her toyboy Kris, 30, were due to appear on Celebs Go Dating and be first couple to undertake counselling on it, but bosses were unaware she would be breaching another contract by taking part.

An insider said of them having to pull out: "Katie agreed that her time was up and she knows the door is always open if she wants to give it another go."

Meanwhile, Katie has moved back into her mansion.

The model had been staying at her toyboy’s house, which is located on an estate around 60 miles away from her £2million home, while she got her life and house back on track.

The house has had makeover worth £250k to help restore it to it's former glory as well as a general facelift, all the dog poo and cat urine has been cleaned up – making it liveable once again.