KATIE Price fiance Carl Woods was caught cheekily grabbing her boob as they jetted off on a surgery trip.

The 32-year-old former Love Island star grinned as he groped his wife-to-be on camera in a restaurant at Stansted Airport in Essex. 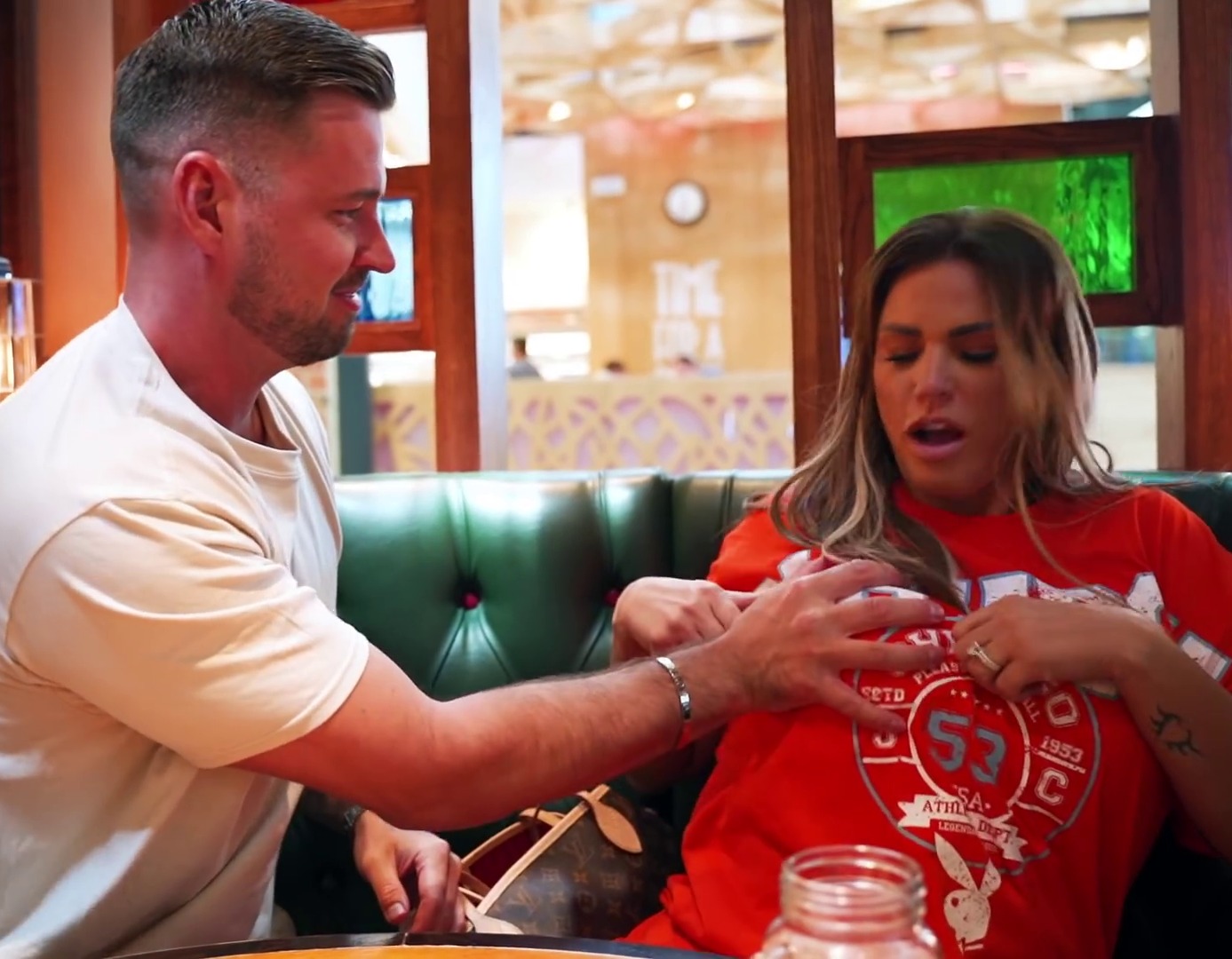 Carl started off giving her a neck massage on camera as they waited for their plane, before grabbing one of her boobs.

She waited for a few seconds before looking down at his hand and telling him: "No! Are you a kid?"

Katie and Carl, who are currently in St Lucia, jetted out to Turkey last month for her latest round of surgery, with the footage on the trip only being shown now on her YouTube channel.

The 43-year-old star underwent a total transformation with full body liposuction, eye and lip lifts, liposuction under her chin, and fat injected into her bum.

Elsewhere in the video, Pricey fans saw her being refused more surgery by one of the doctors.

He was seen telling her that she doesn't have excess skin in need of lifting, and the "only thing" he can do for her forehead is Botox.

Showing what she'd hoped for, Katie asked: "So you can't lift like this?"

But he replied: "It's not good for your face, your skin is too tight."

The former glamour model pretended to cry before telling viewers: "So here's me thinking I'm going to have a facelift here and here, but he doesn't recommend it and he's the surgeon.

"I could sit here now and say: 'No, I want it like that' but then he wouldn't be a good surgeon – because there are surgeons out there who will say: 'Yeah, I'll do it.'"

Turning to the doc, she told him: "I thought that's what I'll be doing but because you said no I'm listening to you as you're the expert."

The star previously told The Sun that she feared she looked "like a monster" after the surgeries, where she was terrified she may die and rejected a blood transfusion. 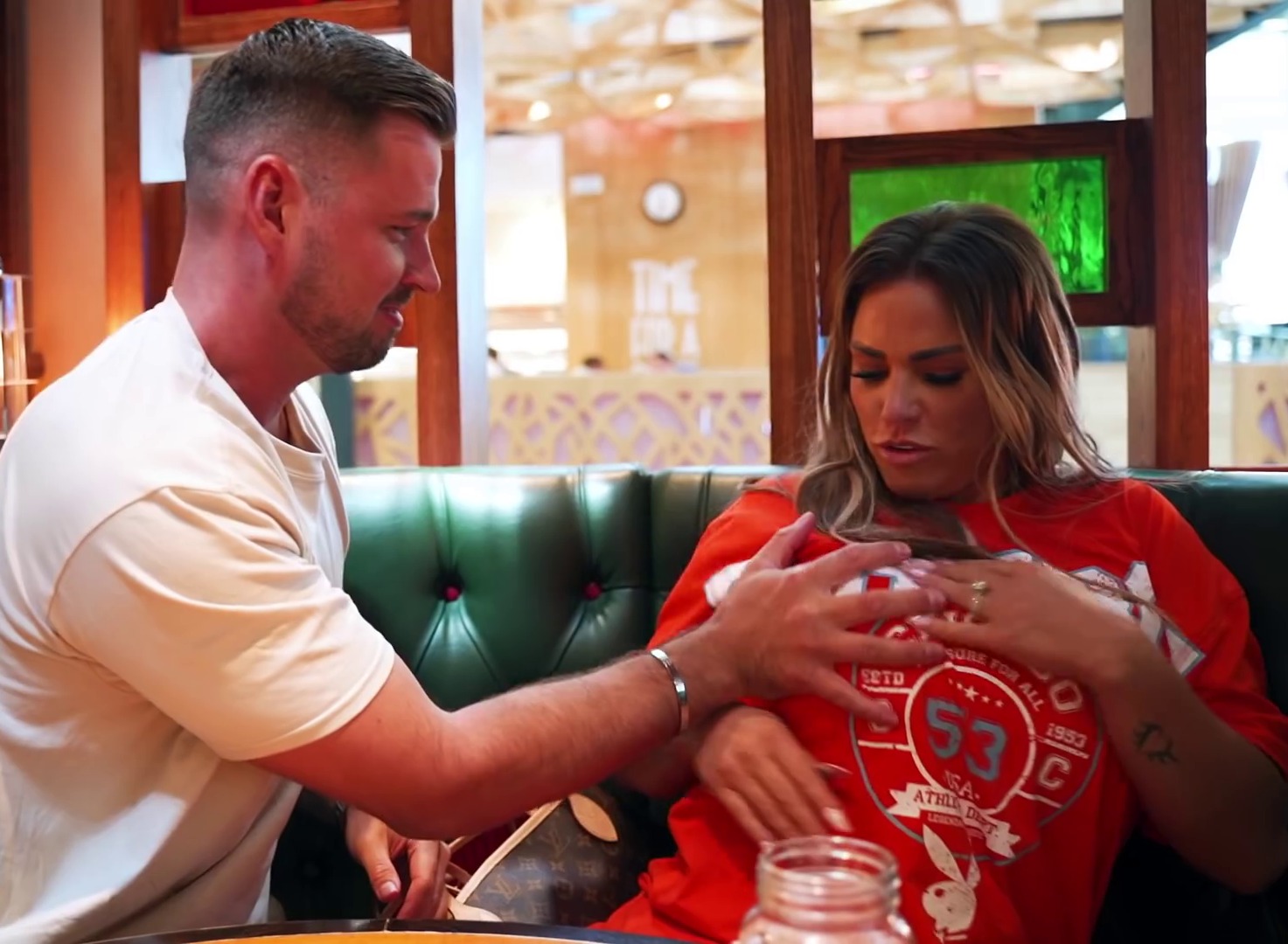 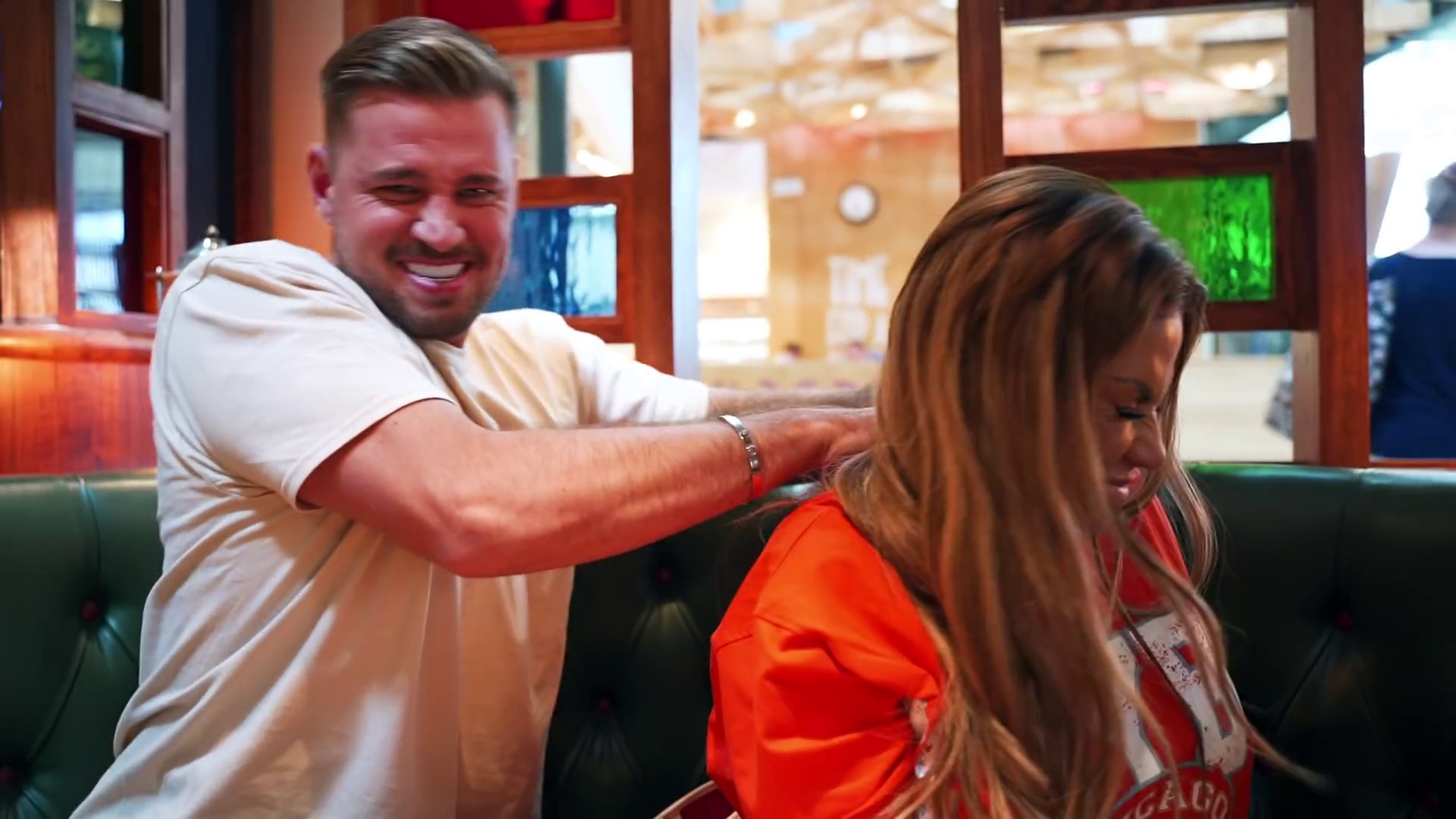