KERRY Katona went topless as she soaked up the sun while on holiday in Greece.

The former Atomic Kitten star is currently enjoying a relaxing trip to the party island of Mykonos and obviously doesn't want to return home with tan lines. 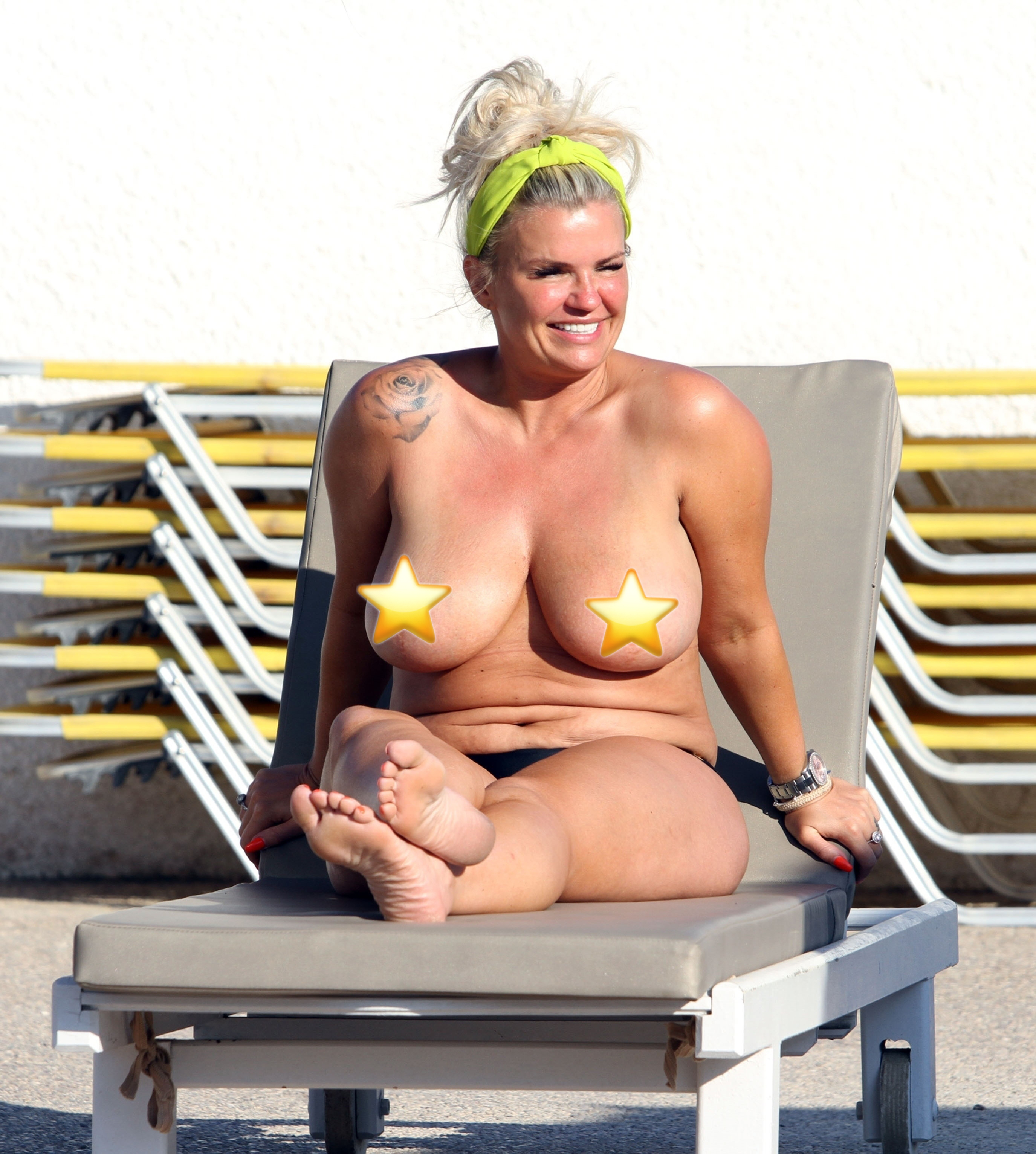 Ditching her bikini top, Kerry lay on her sun lounger in a pair of black bikini bottoms, which featured circular cut out detailing on the side.

Wearing a lime green hair band with her hair tied up high, the mother-of-five relaxed and caught some rays before sitting up and chatting to a pal nearby.

Kerry then stood up and stretched her legs, showing off her body in the process.

Her topless sunbathing session comes weeks after she revealed she is having a THIRD boob job after claiming they look like 'spaniel's ears'. 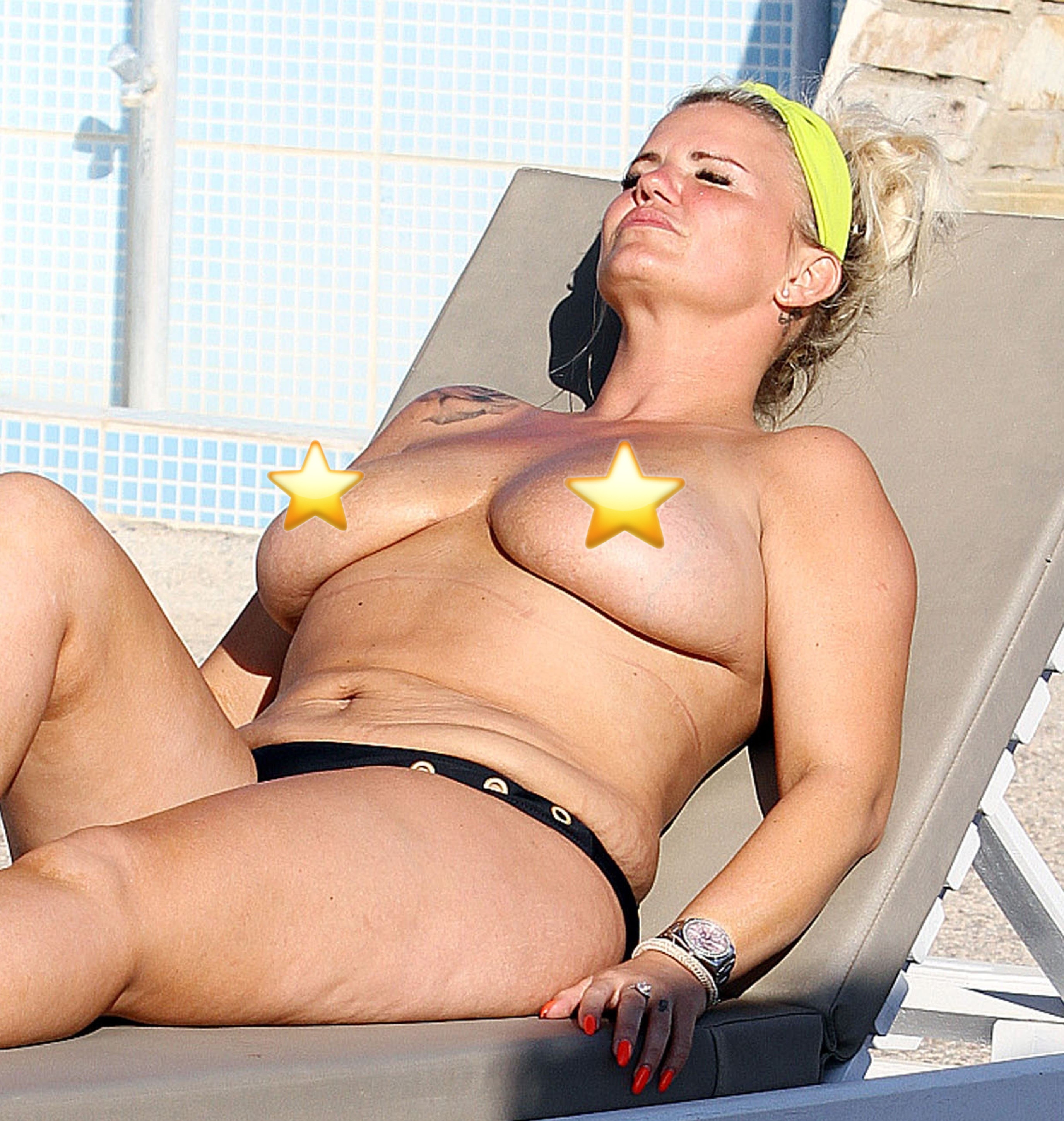 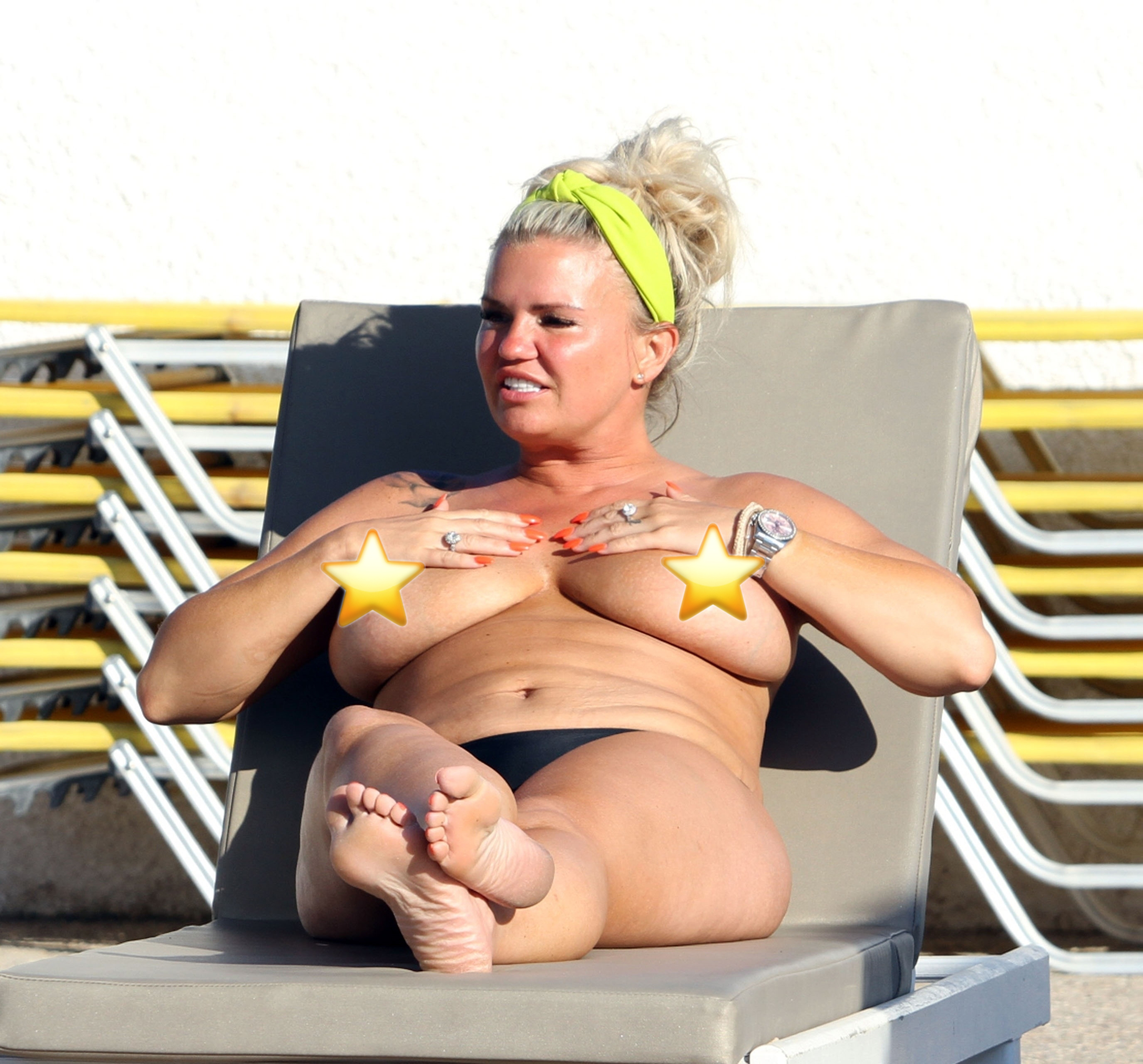 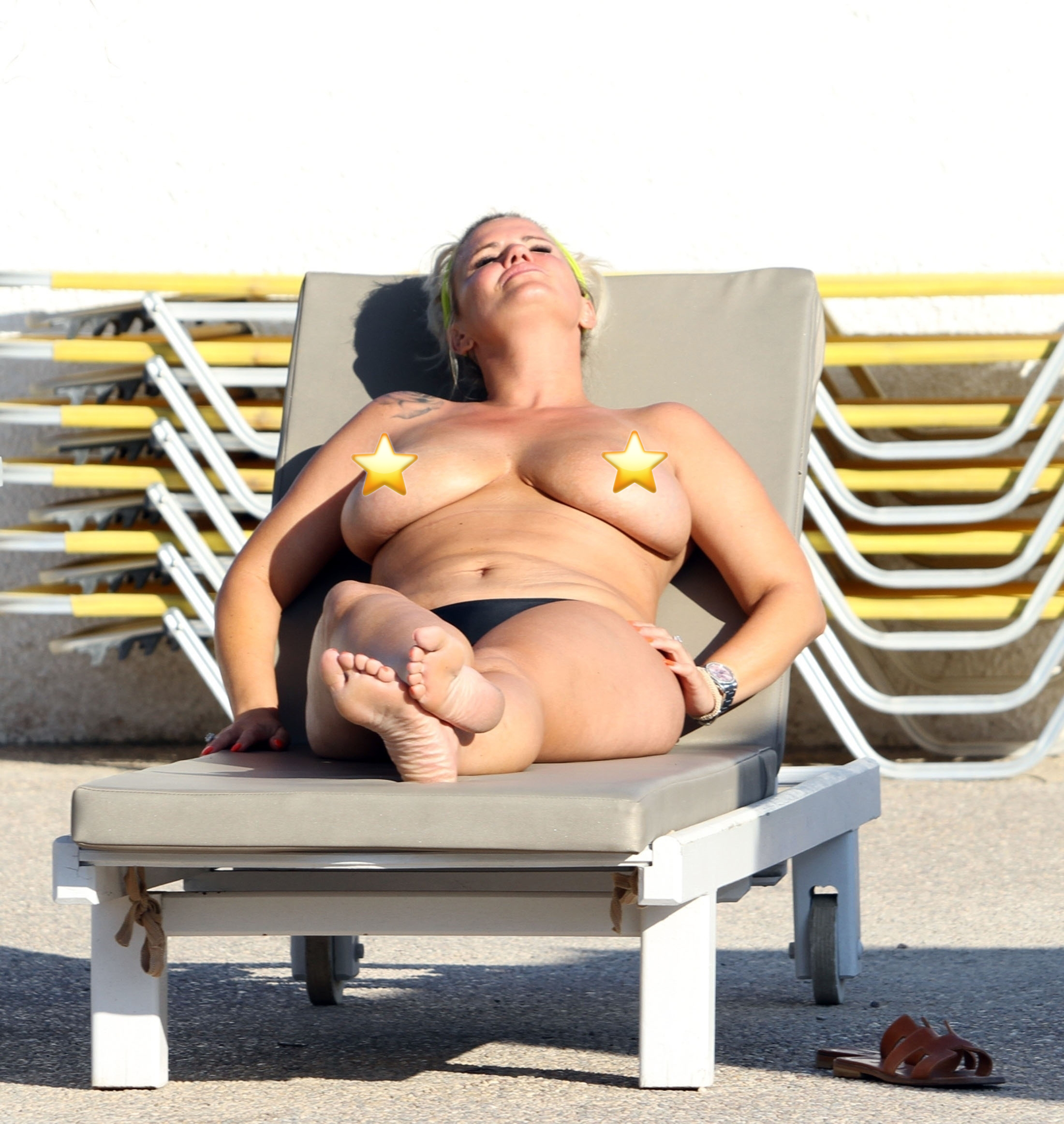 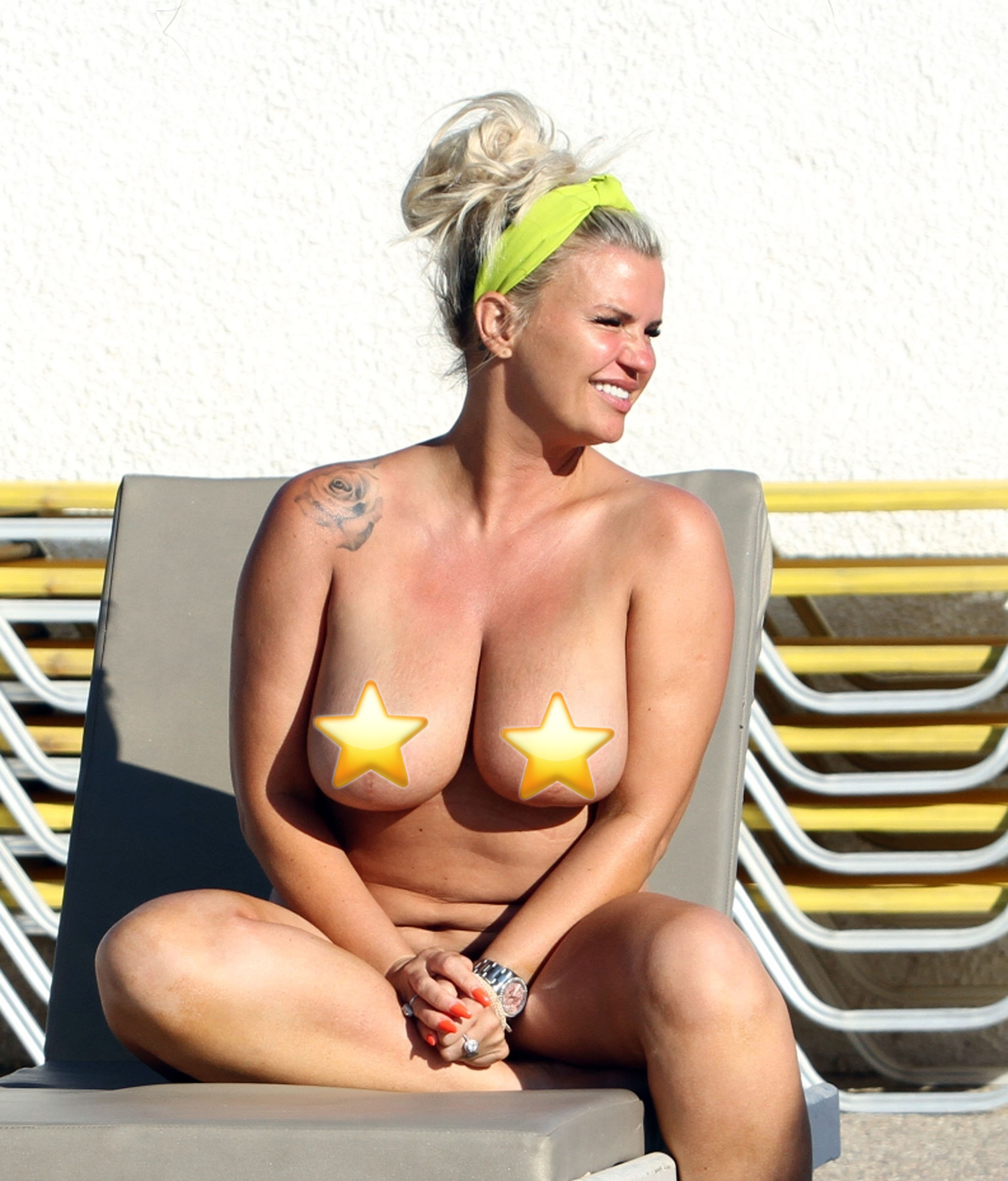 The star had her last implants taken out a decade ago, but in her New! Magazine column, Kerry revealed she is going ahead with a boob lift.

"I was at Harley Street last week to get all the final details in place and I’m so excited.

"I had my implants taken out ten years ago, so this will be my third op on my boobs – but I’m not nervous." 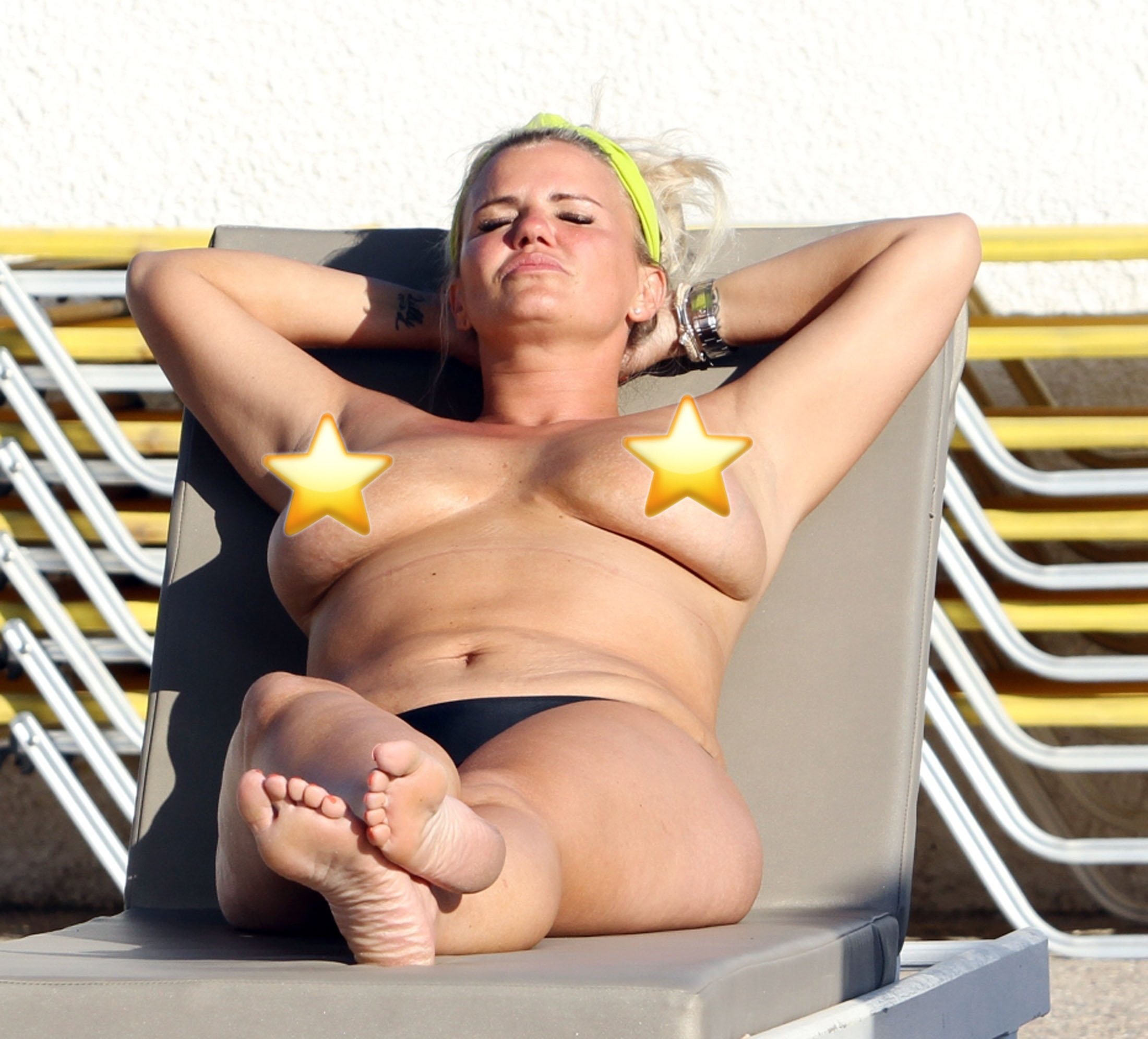 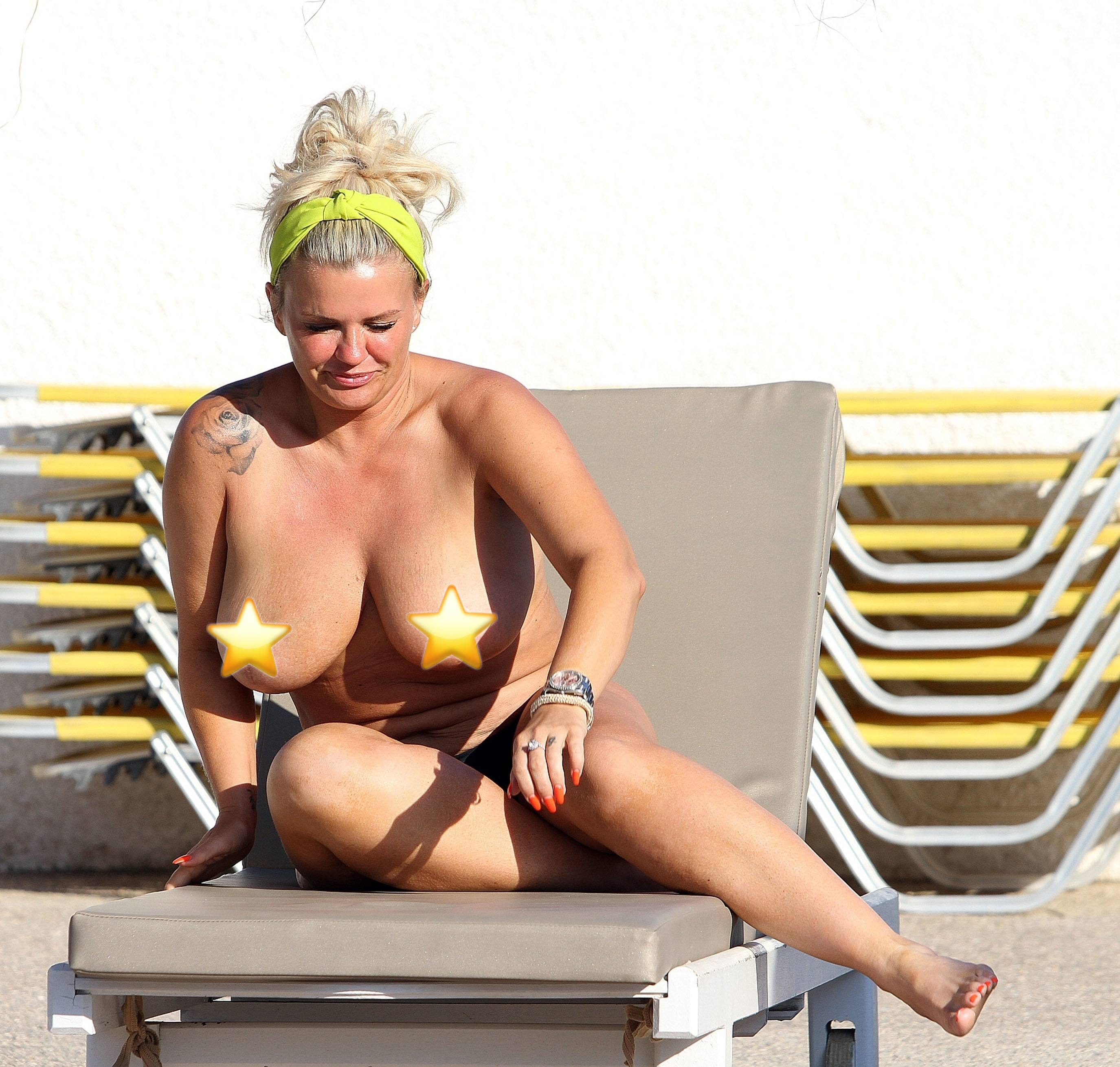 She joked: "I love going under, me! It give me a bit of peace and quiet for a couple of hours."

Kerry said her fluctuating weight coupled with the birth of her youngest child – daughter Dylan-Jorge – had left her unhappy with her breasts.

She added how it "feels like a good time to do it" and can't wait to "show everyone the results". 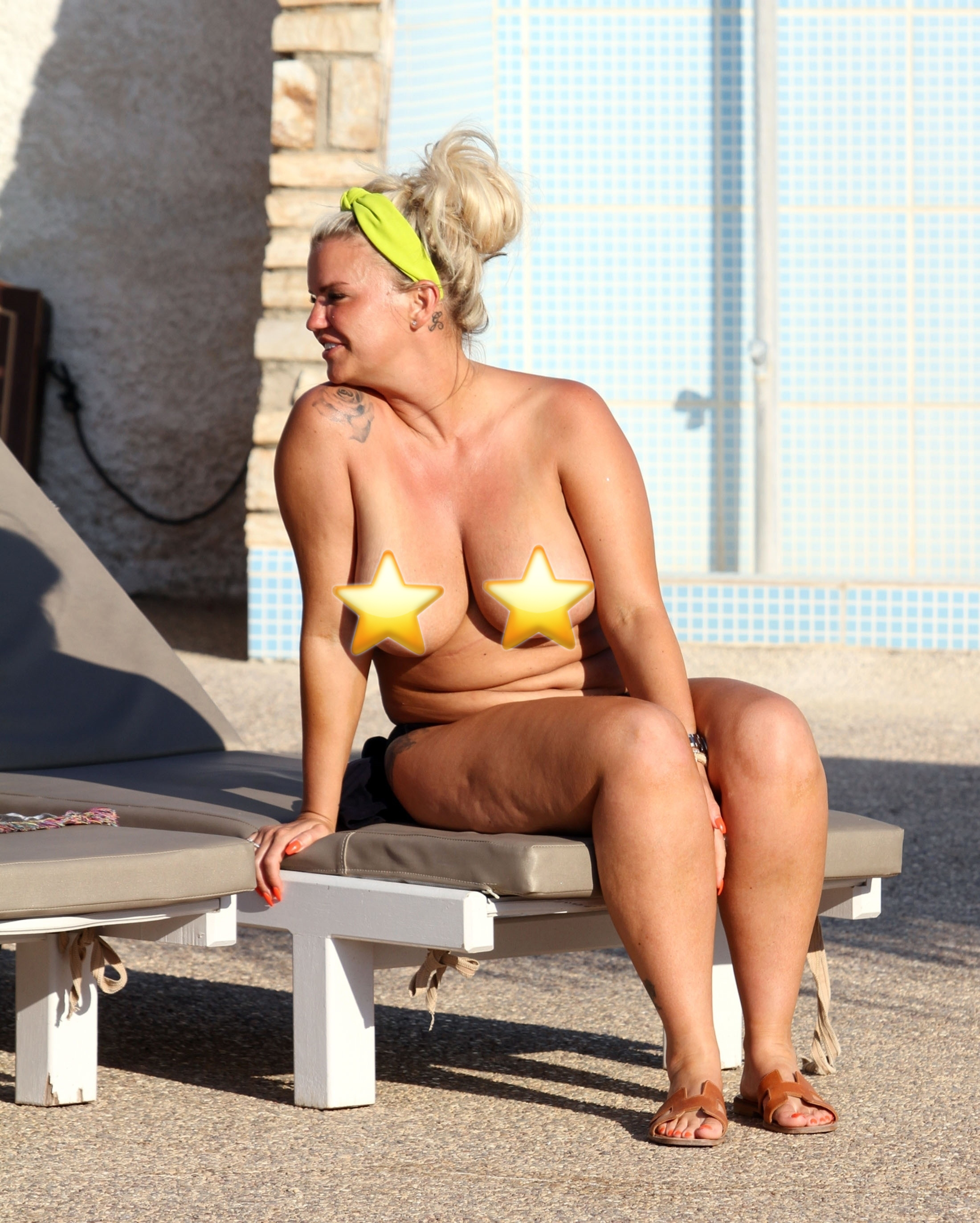 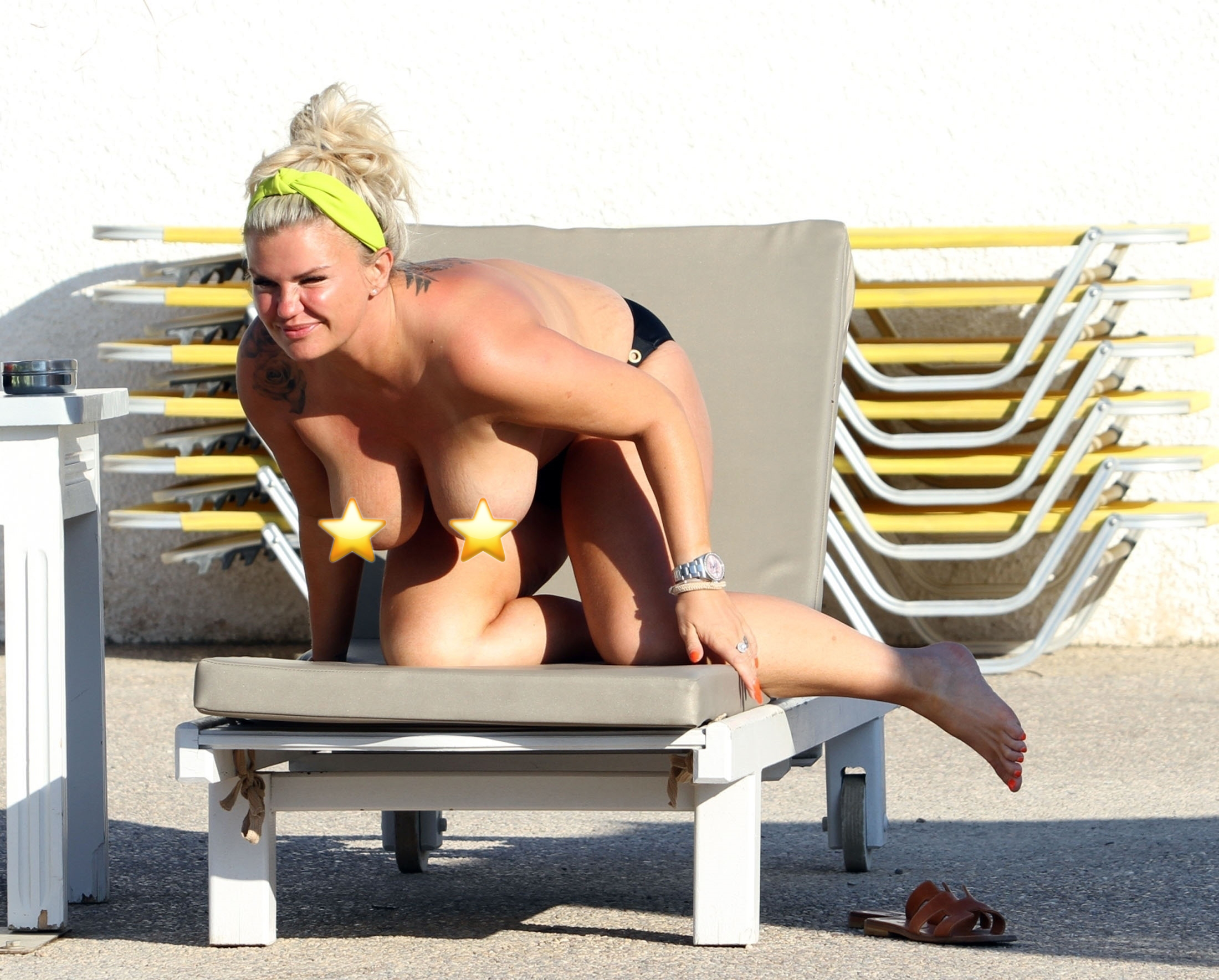 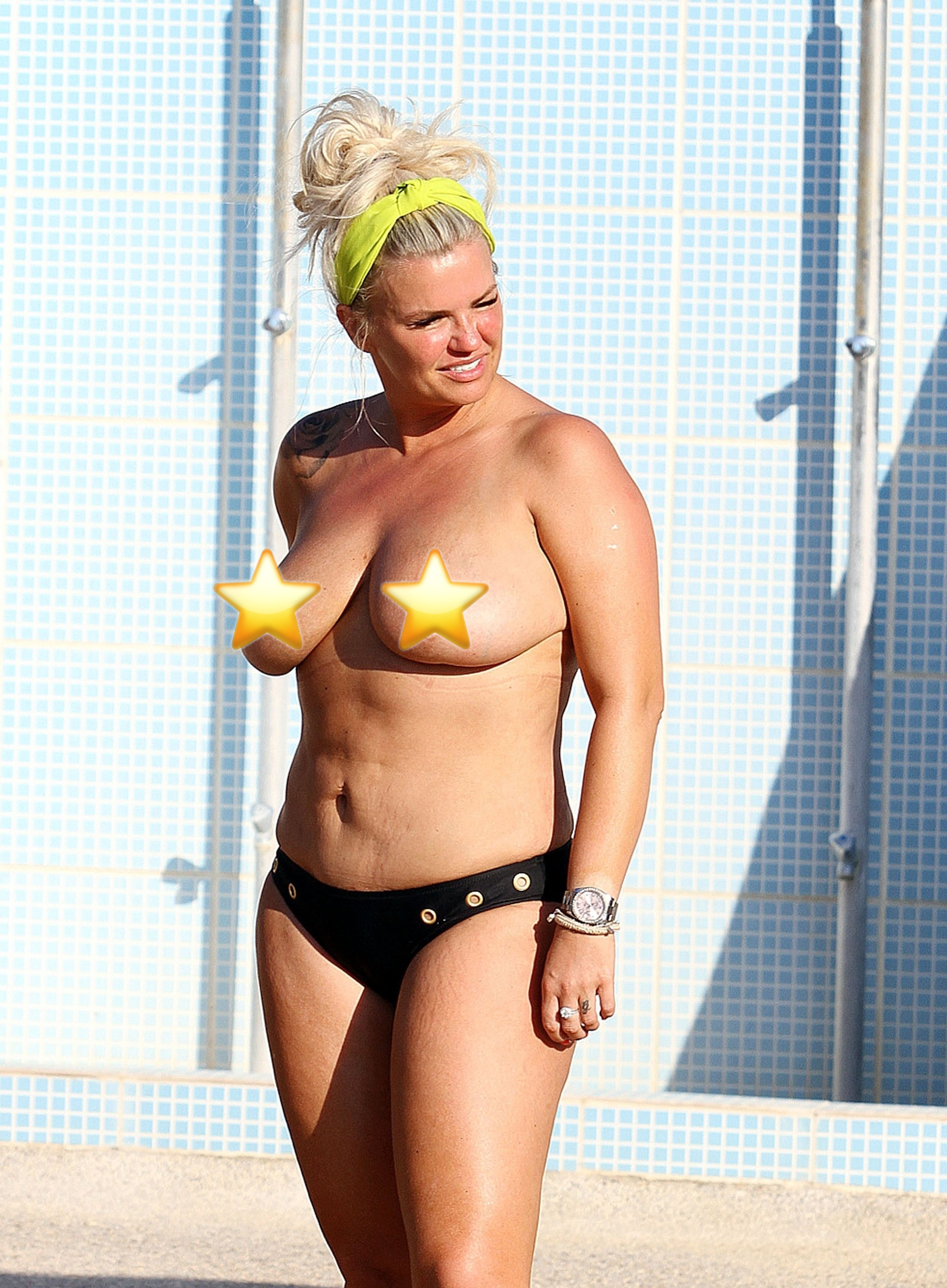 Kerry first had a boob job in 2004 after her split from first husband Brian McFadden.

She had the implants removed in 2008 before being given a boob lift for free while filming TV show, Whole Again.