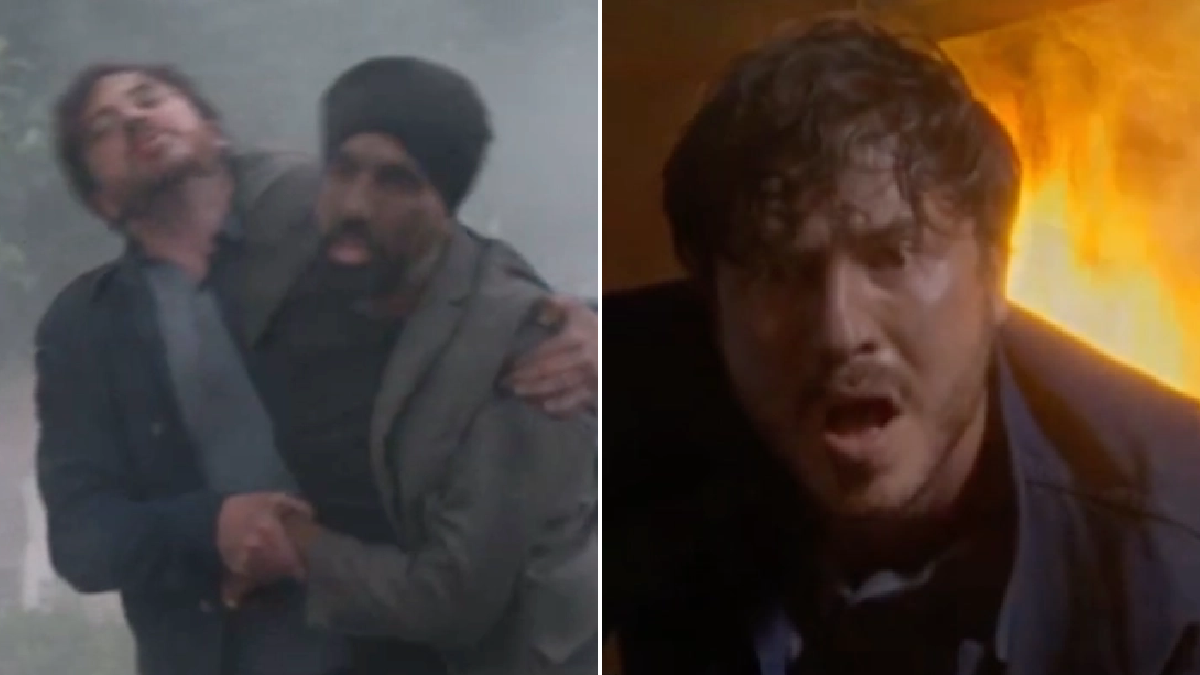 Gray Atkins (Toby-Alexander Smith) nearly added another name to his list of victims in EastEnders, as he contemplated leaving Kheerat Panesar (Jaz Deol) to die in a deadly blaze.

The serial killer was livid when he discovered that Kheerat had left flowers on his porch to honour the memory of Chantelle (Jessica Plummer), one year on from her death.

He wasted little time in tracking him down, berating him for his actions, claiming that Chantelle wasn’t his to grieve, but he soon realised that Kheerat wasn’t paying attention, as he’d become distracted by the fire at 55 Victoria Road.

Kheerat headed to assist, and Gray gave chase, and when they discovered that Janine Butcher (Charlie Brooks) and Tommy Moon (Sonny Kendall) were still inside, they were shocked.

Gray informed Kheerat he couldn’t go in when they saw the flames bellowing up the stairs, but Kheerat ignored his warning, and did just that!

Little did they know, however, that the flames had reached the cupboard under the stairs, where a tank of gas was being stored.

An explosion ripped through the house, sending all those inside – and some of those outside – flying.

Janine was rescued by the firefighters, while Gray spotted an injured Kheerat in the room opposite.

He contemplated leaving him there, and Kheerat even asked him to do so, but Gray shockingly came to his nemesis’ rescue, carrying him out of the burning building, complete with a cheesy soundtrack.

EastEnders continues Tuesday September 14 at 7:30pm on BBC One.