KOURTNEY Kardashian has shown off her incredibly toned figure and tiny waist in a slinky silk pajama set. 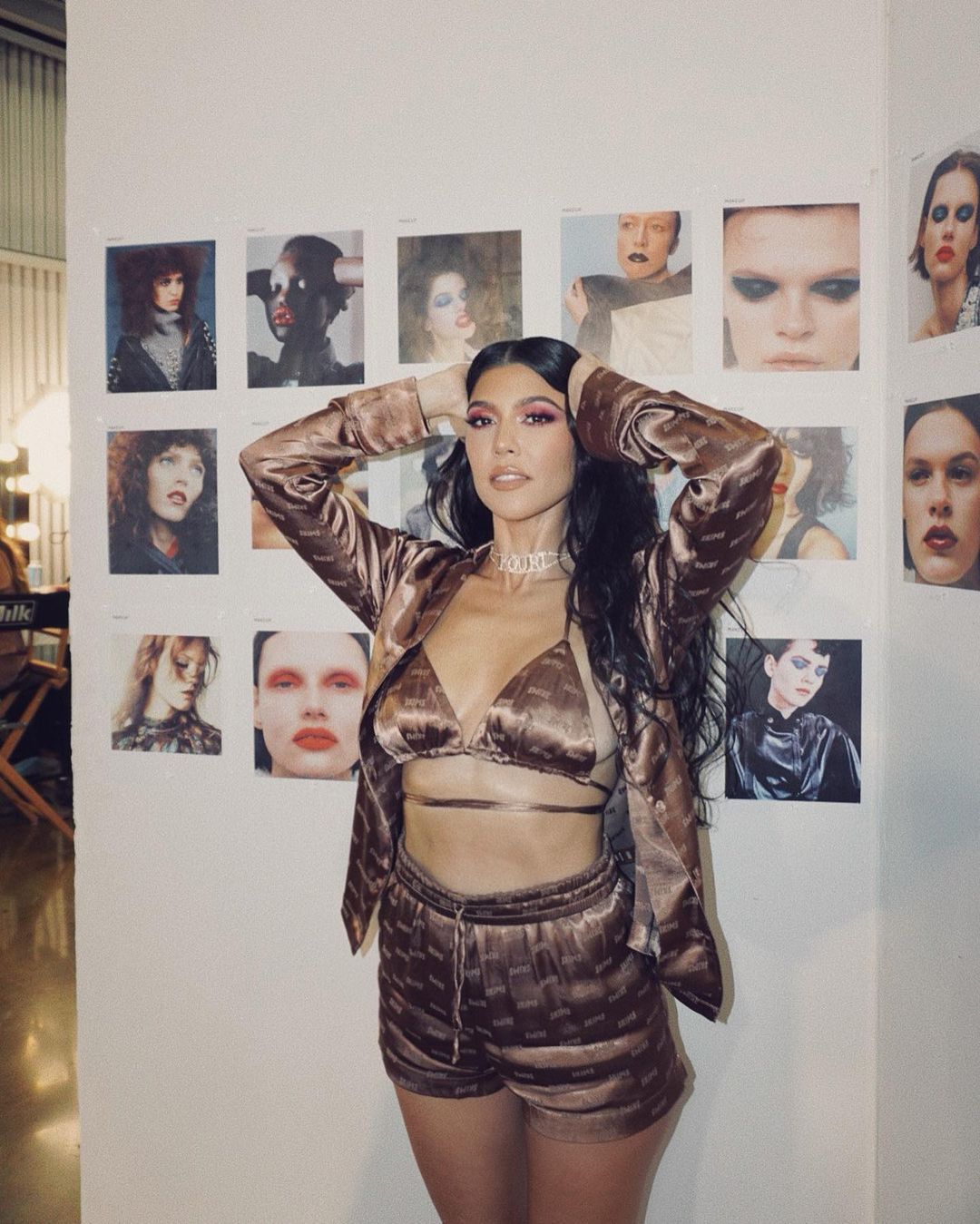 Kourtney, who is mom to Mason, 11, Penelope, eight, and Reign, six, looked glamorous as she twisted and turned for the camera.

"Which Kourt?" she asked fans of the collection of snaps, which saw her pull different faces and poses, pouting, laughing and rolling her eyes.

In the first shot, she laughed and bent forwards to reveal her ample cleavage and long, tanned legs, before lifting her hands above her head to reveal her abs.

Kourtney wore the three-piece pajama set, which consists of a bikini-style top, high-waited shorts and a silk kimono, and a pair of stiletto heels. 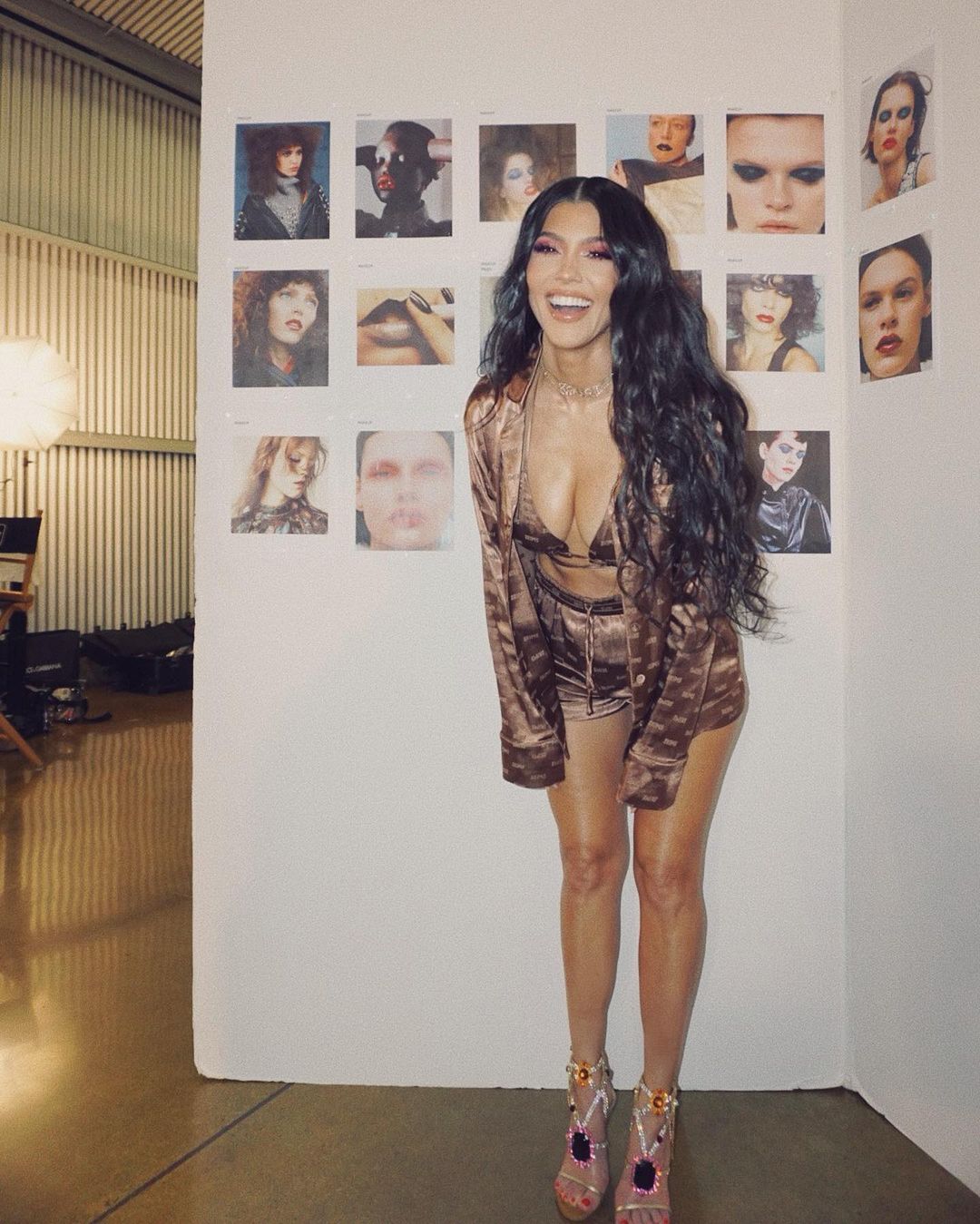 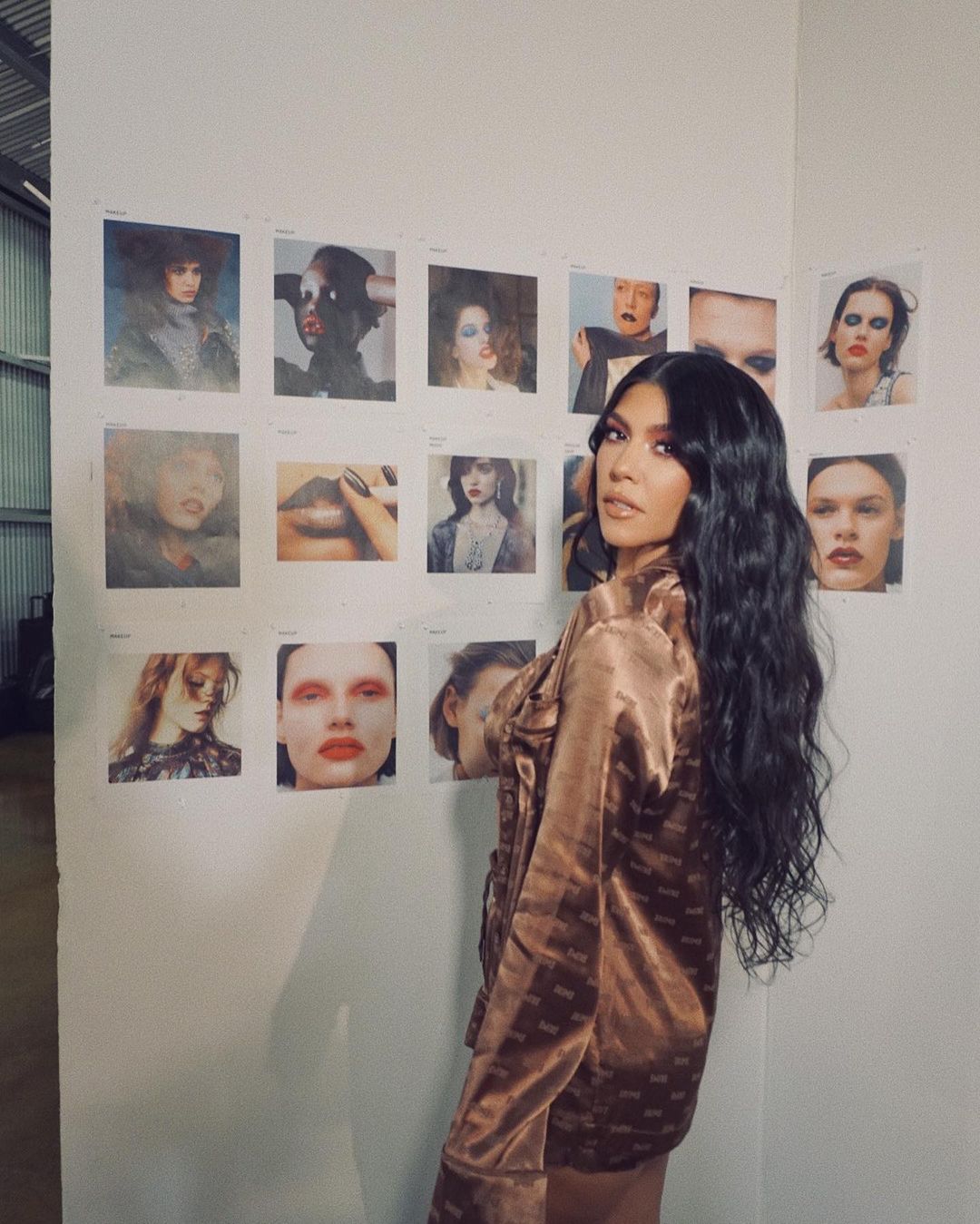 She completed her glamorous look with a diamond choker necklace which spelled out her name, and a full face of makeup, including pink eyeshadow and a nude lip.

The mom-of-three allowed her long tresses, which had been styled in loose curls, to flow behind her down her back in the shots.

It comes days after Kourtney and boyfriend Travis Barker couldn’t keep their hands off each other while on a sexy dinner date.

The two love birds were spotted canoodling as they took shelter under an umbrella outside an LA restaurant while waiting for a car. 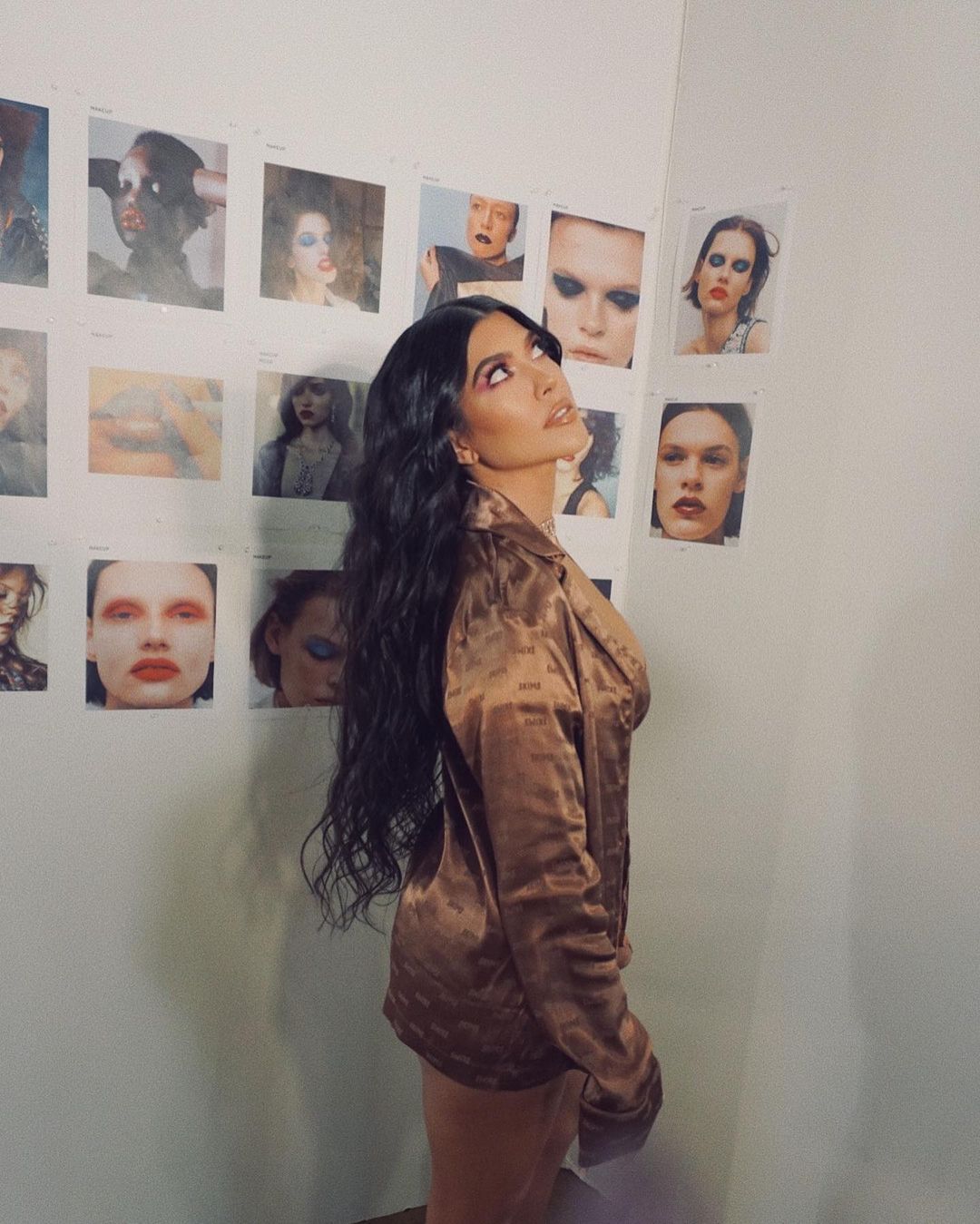 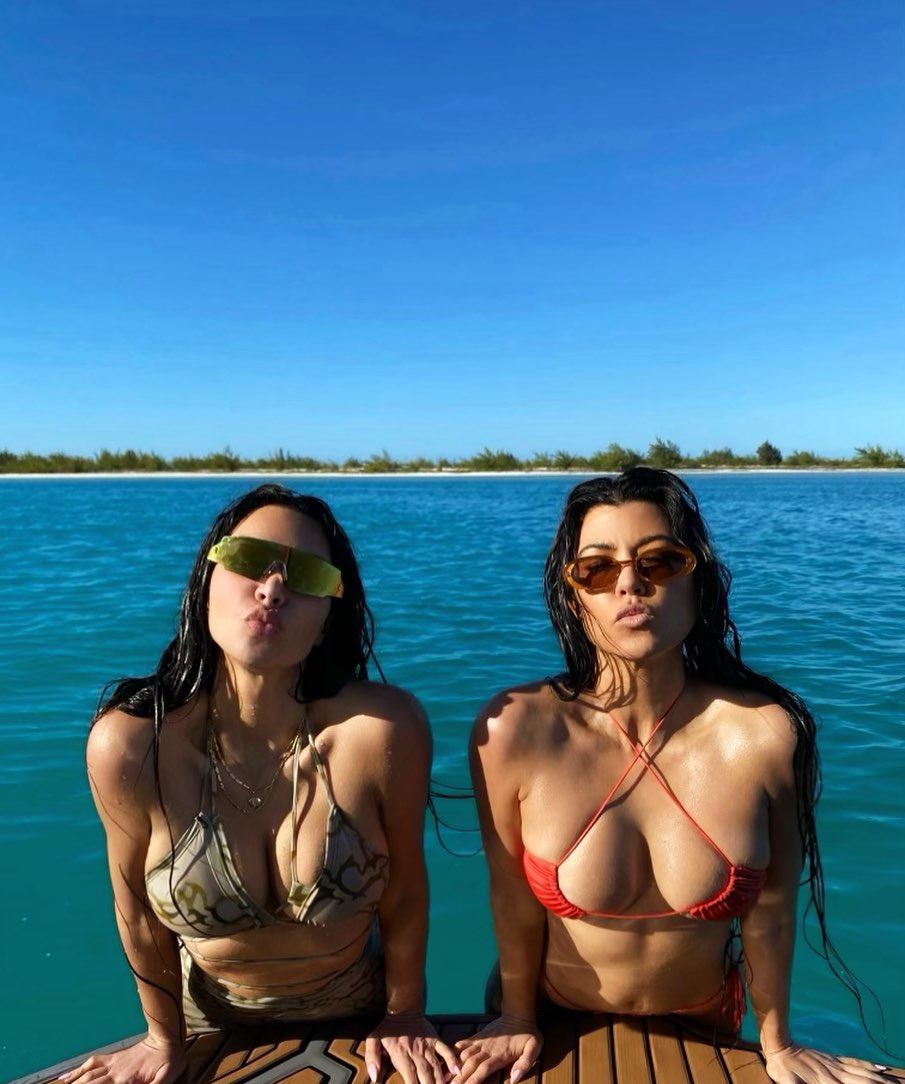 Kourtney, 41, and Travis, 45, went Instagram official with their new romance just last month with a cute snap of them holding hands.

And in these new snaps it looks like things are still hot and heavy between the couple as they enjoyed a PDA while outside an L.A. restaurant.

The Keeping Up With The Kardashians star and her Blink 182 boyfriend matched their outfits for the occasion as they stuck to a uniform of black and grey.

Kourtney looked stylish in dark leggings, chunky black combat boots and a black fluffy jacket with a black top underneath. 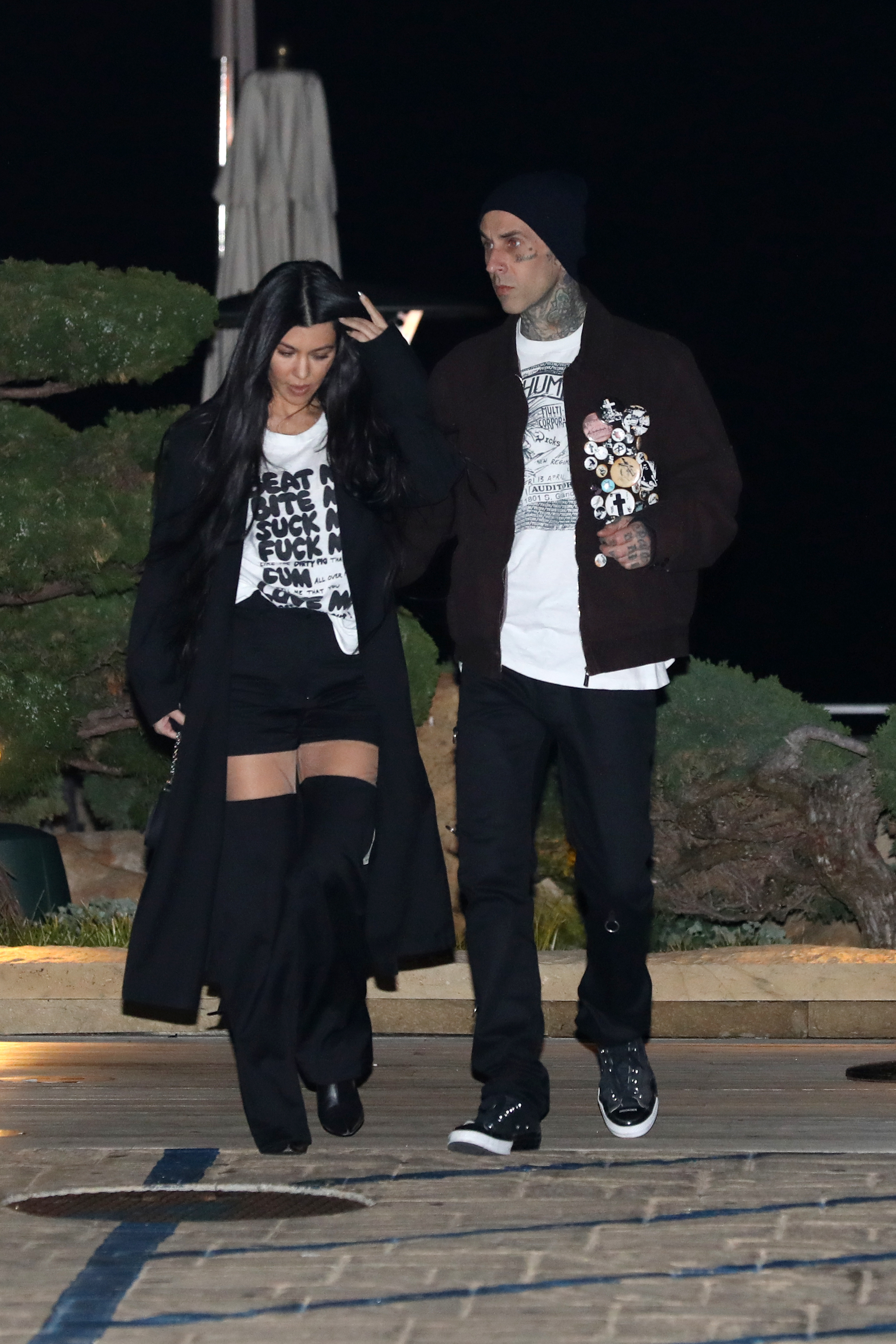 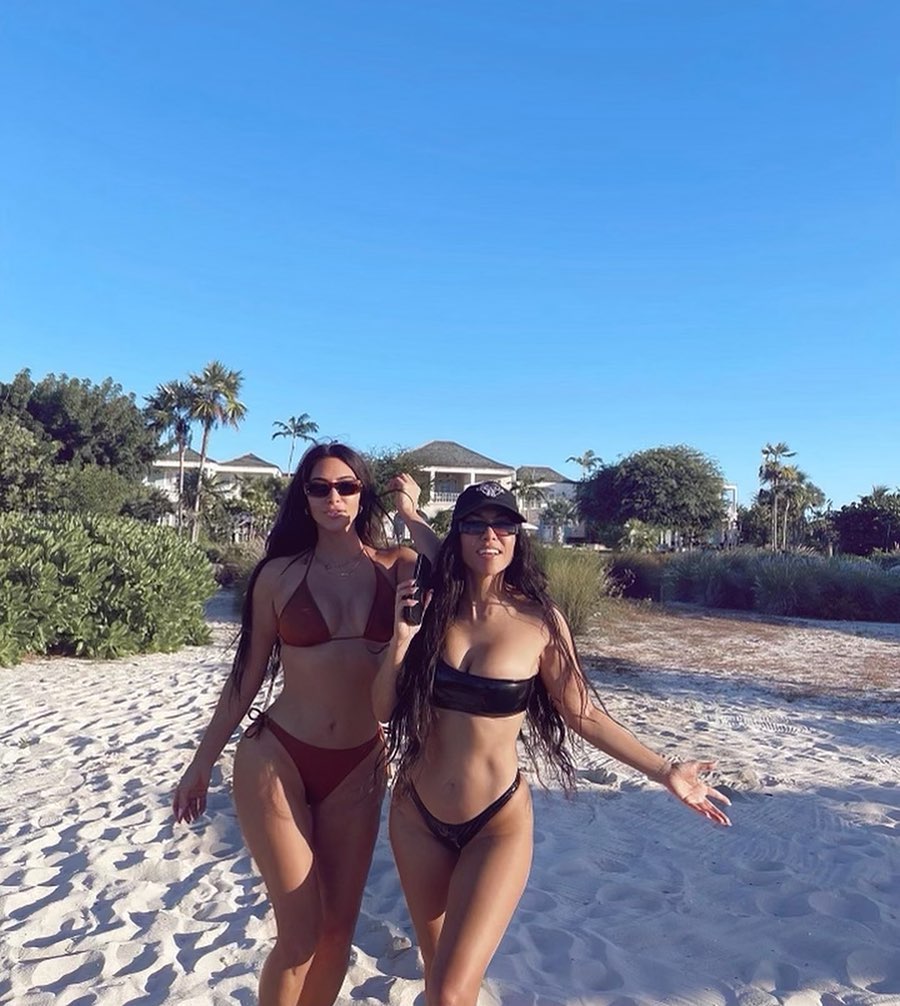 A few days before Valentine's Day, Travis and Kourtney were spotted on a romantic sushi date as they faced off in a friendly thumb war.

Kourtney, 41, recently opened up about her possibility for another baby during an interview with Sarah Hyland on Ellen Tube's new show, Lady Parts.

The celebrities discussed freezing eggs in order to lengthen your childbirth years and sustain the ability for more kids.

"I froze mine too," Kourtney began, though she admitted that she wasn't so sure about the process ahead of time.

"You did?" Sarah replied, shocked, while the Poosh founder confirmed: "Hopefully they're sitting there okay. Yeah, you never know."