All five episodes of “The Choe Show” will air Friday, June 25 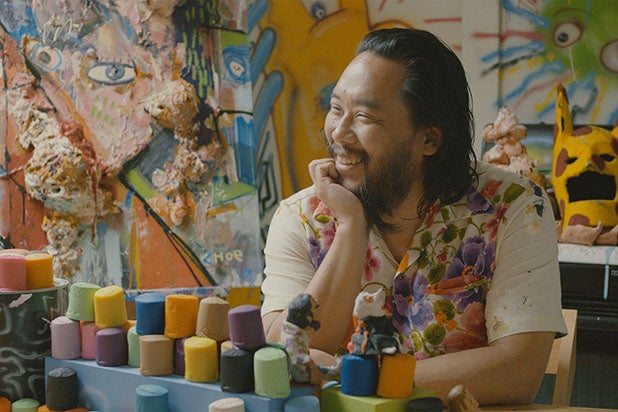 “The Choe Show” will see the host turn his “eccentric, compassionate and disruptive worldview into a lens for an audience to experience a kind of radical empathy for others,” according to FX’s description. “From the walls of his childhood home, Choe takes his guests on a journey where he is both a motivational interviewer and compassionate listener. While using the acts of art and play, both Choe and his guests depart on a journey of shared emotional experience. It is through their bonded and authentic connection that Choe is able to bring forth an of-the-moment honesty to the portraiture he’s creating.”

All five episodes will air back-to-back on FX on Friday, June 25.

Known for his creations as a painter and muralist, Choe’s work also includes appearances on film and television, including two of Vice’s early streaming programs, “The Vice Guide to Travel” and “Thumb’s Up!” He’s also made appearances on David Chang’s “Ugly Delicious,” Anthony Bourdain’s “Parts Unknown” and most recently had a cameo on Disney+’s “The Mandalorian.”