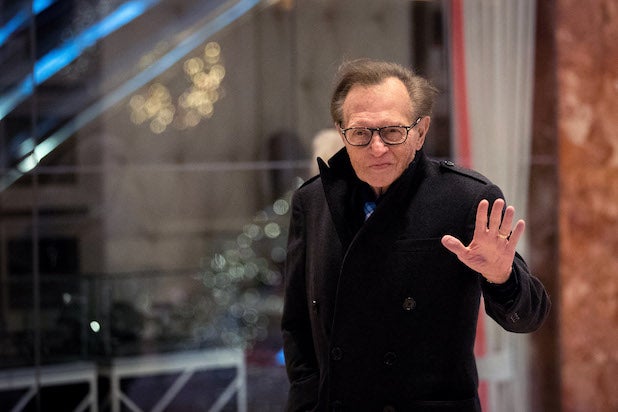 Legendary talk show host Larry King is in the hospital after contracting COVID-19, according to multiple outlets.

King, who is 87, has been in Los Angeles’ Cedar Sinai Medical Center, ABC News reported on Saturday. A source told the outlet, “Larry has fought so many health issues in the last few years and he is fighting this one hard too, he’s a champ.”

CNN added that King has been in the hospital for more than a week and that due to COVID-19 protocols, King’s three sons have been unable to visit him.

Representatives for King did not immediately return TheWrap’s request for comment.

King, who has type-2 diabetes, has previously survived a heart attack and stroke. Last year, he tragically dealt with the loss of two of his children, who died within weeks of each other. In 2017, King revealed he had lung cancer and successfully underwent a procedure in order to treat it.

Los Angeles has been bulldozed by COVID-19 in the last month-plus, as Los Angeles County, home to 10 million people, is in the middle of its worst outbreak during the 9-months (and counting) pandemic. More than 20,000 new cases were reported on Friday and more than 200 deaths were reported as well.