Mariska Hargitay, who plays Olivia Benson in Law and Order: Special Victims Unit, was filming the latest season of the show when she retold the tale of an installation in New York. The star met up with the talented artist responsible and shared the impressive inspiration behind the sculptures in the city.

While filming season 24 of Law and Order: SVU, Mariska Hargitay took time out to share the story of Jaime Miranda-Bambaren and his unique sculptures.

Miranda posted a video on Instagram during her shooting in Foley Square, downtown New York, to enthusiastically introduce the Peruvian artist to her fans.

Posting to her 2.5 million followers, the actor explained the inspiration behind the moonlike installations in a quick interview with Jaime.

The sculptor was clearly pleased to receive the exposure too and fans of Miranda quickly shared their delight too.

Read More: Richard Madeley sparks uproar after telling guest ‘Get to the point’ 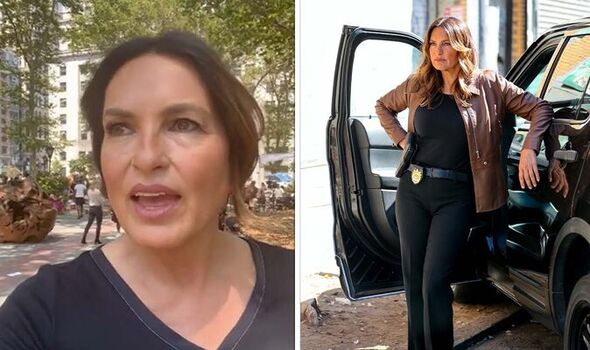 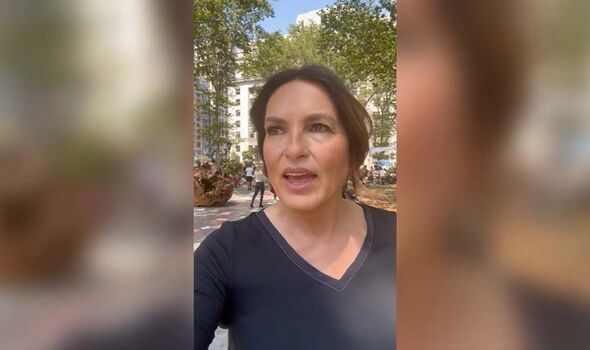 In the video, Miranda told her followers: “I am shooting in downtown NYC, which is always such a gift and a miracle to get to know the city in an intimate way.”

Pointing to the beautiful sculptures, she explained: “I came to a place that I shoot all the time and there was this magical present here today.

“I had the distinct honour and pleasure of meeting the artist too, a man I just met named Jaime Miranda-Bambaren.

“I want to introduce you to him because his artwork is so magnificent and it’s down in Foley Square. It’s so stunning and so beautiful – he makes and excavates tree stumps from Peru.” 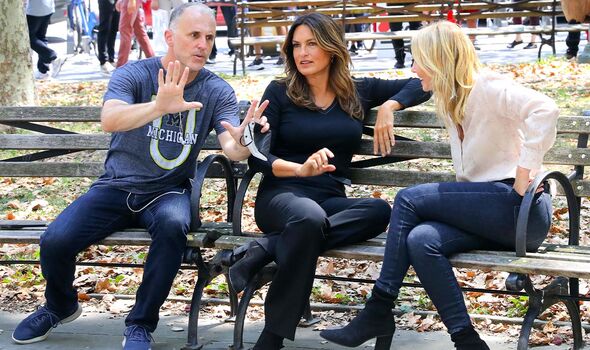 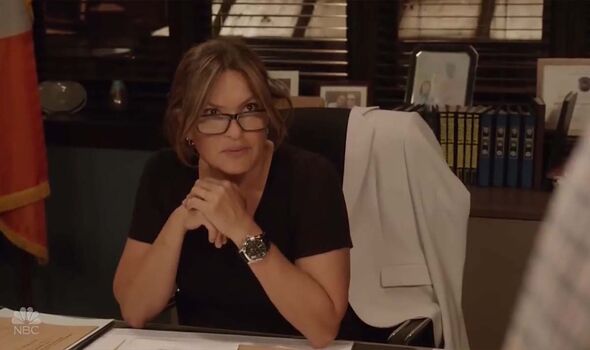 The artist, whose work has featured in the Saatchi Gallery and museums around Europe told her followers the story behind the moon shaped tree stumps.

In the impromptu video she shared: “I started this in the summer solstice, so the experience of being in New York, with the sun, the rain, the pollution, the experience of Foley Square are all embedded in the sculptures.”

Miranda concluded: “It was so incredibly beautiful and I wanted to share that with you”

Fans of the star shared their adoration of Jaime’s work too, with thousands of people flocked to praise the ‘present’ Miranda shared with them.

Aurora commented: “New York has so many talented people!!”

Taylor penned: “Thank you Mariska for this wonderful video, his work is incredible. I will have to check it out one day!!”

Auntie Sloaney added: “Might not be a big deal to you that you did this, but I bet it means the world to him!!! You are wonderful”

Annalysse also wrote: “How amazing to be surprised in a place you visit often! This is the magic of art and of people!”

Cristil was also impressed, writing, “Oh Beautiful Mariska, thank you so much to see the talent in others and show us!! Love and kisses from Lima Perú.”

Stefanie declared: “You are so amazing! Such a strong, powerful woman. God bless you.”

Filming has begun on Season 24 of the hotly anticipated show, but show creators and bosses have not given any clues to the fate of Olivia Benson and co.

However, showrunner David Graziano sent fans into a frenzy when he tweeted a photo of a zoom meeting with the production team.