Lisa Vanderpump didn't want to leave RHOBH but did want to control storyline, according to Kathryn Edwards 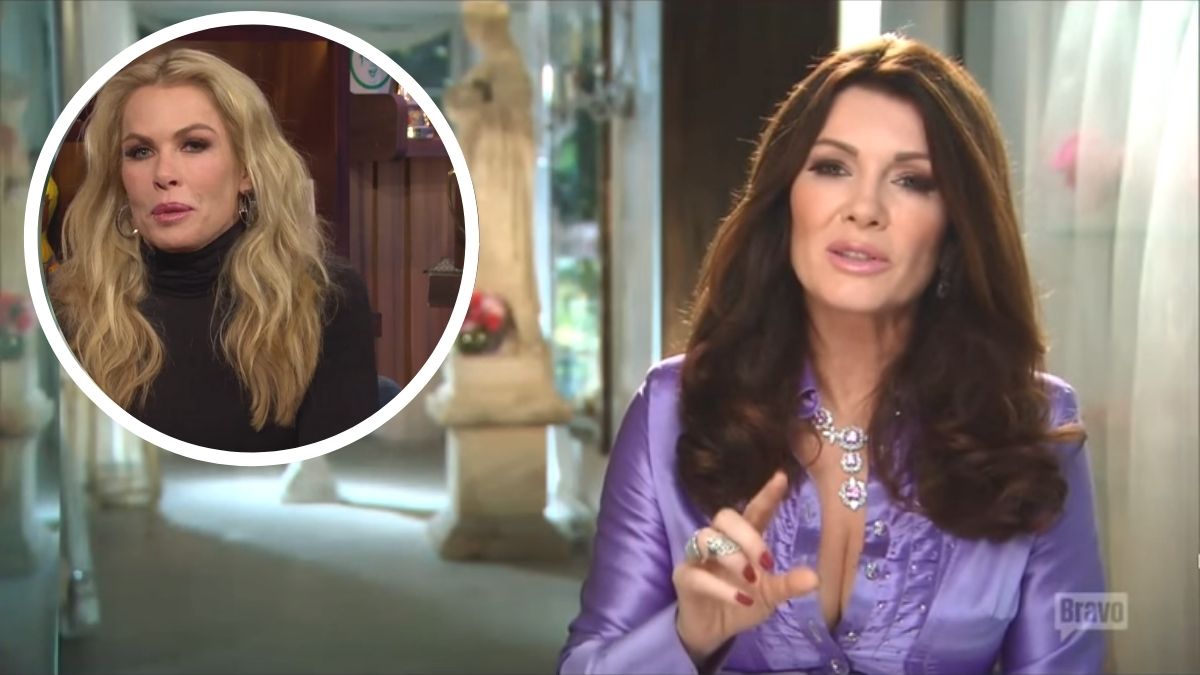 Kathryn Edwards may have only spent one season on The Real Housewives of Beverly hills, but she still has a lot of tea to spill.

The one hit wonder joined the reality show during Season 6 and caused quite a ruckus when Erika Jayne confided in her to be careful of Lisa Vanderpump.

Kathryn however went right back to Lisa and spilled all that Erika had said, causing a rift in an already rocky relationship.

After an apology, Erika put things to rest with the newbie but viewers were not quite as forgiving.

And despite bringing a bit of drama during her first season on the show, Kathryn was not brought back for a second season.

Now, the 55-year-old is giving us some inside details about things we didn’t get to see.

During a recent episode of the Behind the Velvet Rope podcast with David Yontef, the former RHOBH cast member dished about the show.

And since Lisa Vanderpump just left the housewives franchise after nine seasons, her name was a topic of conversation during the interview.

When asked to give her thoughts on the Villa Blanca owner, Kathryn certainly didn’t hold back.

“I don’t think she wanted to get off the housewives show,” says Kathryn.  “I think that she felt that she had to play her hand. I think she tried to stay on it to some degree with the things that I know of. And she asked for some specific things that the show wasn’t gonna give her to make it better so she can save face .”

Kathryn also added, “She walked away. But she, in my opinion, kinda got a little bit too big for the ensemble cast.”

Did Lisa try to control storylines?

According to the single-season alum, Lisa did try to control certain storylines among the housewives.

“She did produce, she did try to control the storylines, says Kathryn. ” She would call you and text you and say someone needs to say this. She did do those things, she did.”

Kathryn also recounted a dinner scene that filmed at Erika Girardi’s house as a prime example.

“So we’re there having this dinner and we were all great. Everyone was getting along and we were actually having a nice time.”

“Vanderpump got a text [from a producer] that says ‘This dinner is really boring, let’s make something happen. So she showed it to me and I thought, OK, well, let’s go then. Let’s make dinner and get out of here.”

After the text, Lisa confronted Erika about the ‘sniper’ comment and we say a dramatic scene, but Kathryn says it didn’t quite go down like that.

“The whole conversation was completely different than the way they ended up showing it,”shares Kathryn. “There was no kicking anyone out of the house. We all hugged. And it was great. But they made that look so different.”

Part 3 of the Real Housewives of Beverly Hills reunion airs on Wednesday, September 16 at 9/8c on Bravo.