Curtis, 23, and Amy, 27, coupled up on Love Island after the Dancing With The Stars professional chose the flight attendant to be his partner.

Since then, the couple have gone from strength to strength on the ITV reality dating show but did face a slight wobble after they became exclusive, which was soon rectified.

Last night’s instalment focussed on the aftermath of Maura Higgins, 28, and Elma Pazar’s, 26, arrival in the villa, with little seen of Curtis and Amy.

The pair didn’t go unnoticed by viewers watching at home however, as they noticed Curtis and Amy were sporting a dress code similar to what dancers would wear on Strictly Come Dancing.

Paso Double week or what?

Where Curtis wore a white collared shirt with beige coloured jeans, Amy dressed up in a red get-up, similar to what a female dancer would wear for a Latin American style dance.

Fans watching at home took to Twitter to comment on the couple’s appearance, with some suggesting this could mean Curtis and Amy are vying for a position in the Strictly line-up later this year.

One viewer posted: “Has Curtis dressed Amy up like it’s Paso Double week or what?”

Another added: “Are Amy and Curtis the only ones who got the memo about fancy dress this evening?”

Whilst a third wrote: “We have all made bad outfit choices but Curtis is taking the biscuit tonight,” as the professional dancer wore a black leather jacket at one point.

With speculation rife one of the current Strictly professionals will replace Dame Darcey Bussell, 50, as a judge on the BBC dance show, could Curtis fill the role? 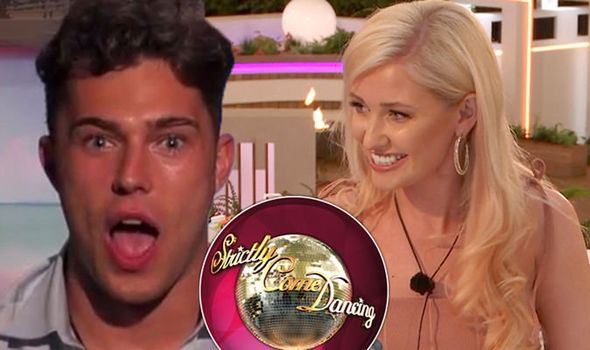 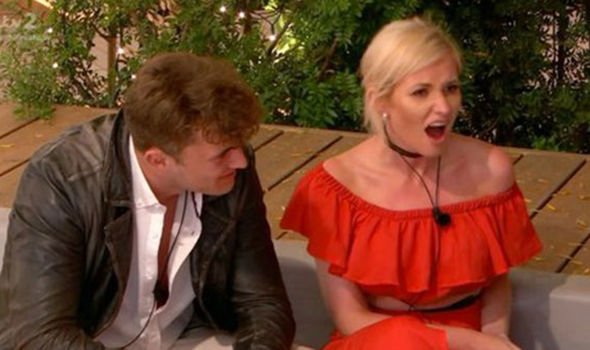 Amy also has a possibility to join the line-up as one of the famous faces and could become the first Love Island star to take to the dance floor.

Viewers of both shows will have to wait and see if the pair end up on this year’s show or possible future editions of the dance show.

The couple are still the frontrunners to win the show later this summer, with fans of the show flocking to the bookies to put their support behind Curtis and Amy.

Curtis and Amy’s chances of becoming champions in the coming weeks currently stand at 5/4 in the latest odds from Coral bookmakers.

However, their winning spot could be taken by young lovers Amber Gill, 21, and Michael Griffiths, 27, after the islanders kissed earlier this week. 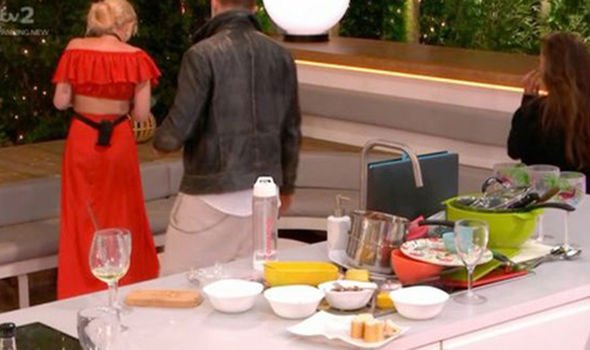 Although they are not yet a couple, Coral’s odds for Amber and Michael to win have been slashed from 20-1 to 6-1.

Speaking of Amber and Michael’s chances, Coral spokesperson John Hill said: “Michael and Amber are getting closer together with each day which has prompted punters to rush in to back the pair to be the winning couple at the end of the series.”

The couple could be in trouble however, as Michael wasn’t too impressed with Amber’s antics when he had a date with Maura after the newcomers arrival.

Amber and Michael did end the episode of a happier note, but that didn’t stop fans of the show airing their views on the islanders reception to Maura.

One viewer wrote on Twitter: “Amber totally lying through her teeth to justify her childish actions.”