Love, Victor is tackling a new “L” word in season 2: Lust. The first season ended with Victor Salazar (Michael Cimino) getting a rom-com-worthy kiss with Benji (George Sear) and officially coming out of the closet. Now, season 2 will explore what comes after coming out, including a number of storylines that take the series from PG to PG-13.

“The fact that now we’re on Hulu allows us to tell more adult stories, and frankly, more realistic stories,” Sear tells ET’s Leanne Aguilera. “I think people can relate to the characters even more now, because we get to explore these other areas of their lives that we maybe couldn’t before. As an actor, to really get your teeth into this kind of material is always a good challenge.”

It’s not just Victor and Benji. The kids of Creekwood High have a lot going on this year: Yes, there are storylines about sex and the losing of virginities but also about self-worth and acceptance, divorce, sobriety, mental health and the continued exploration of that wide spectrum of sexuality.

Which is why Anthony Turpel (who plays Felix) says season 2 is “more mature,” Rachel Hilson (Mia) promises “some spicy, spicy moments” and Bebe Wood (Lake) reveals they “delve in even deeper” than before. “You will be able to see yourself, I think,” Wood says. “Even if it’s just a tiny little part of yourself in one of these characters.” 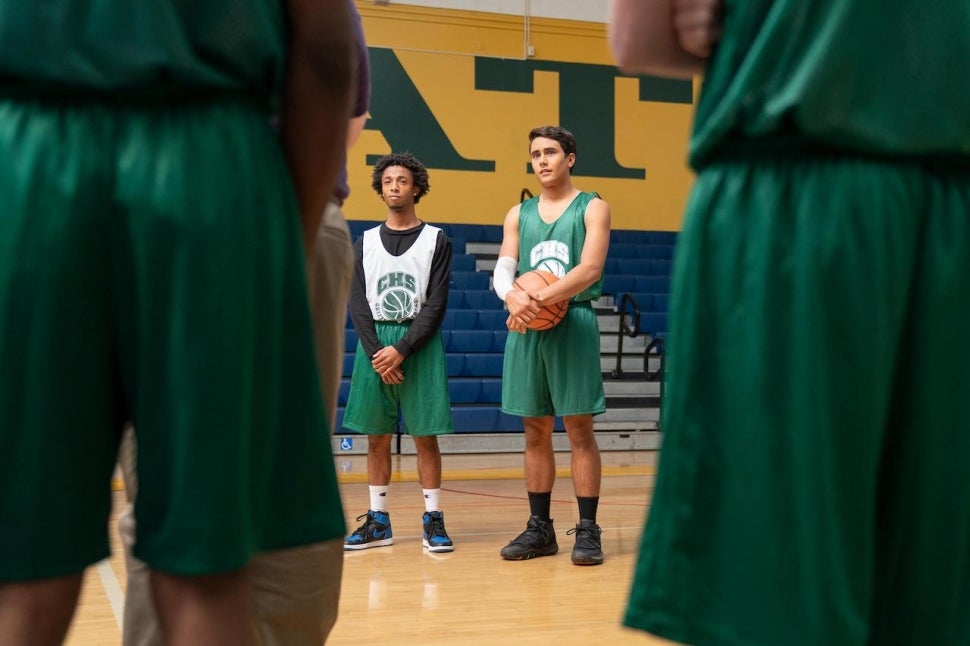 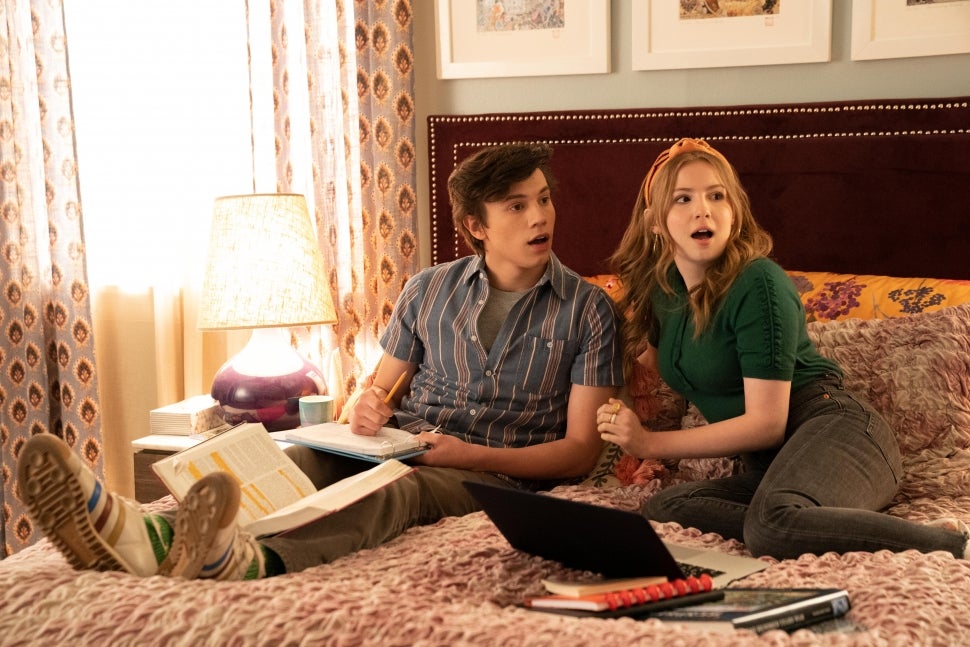 Things at home are just as dramatic for the gang, as Felix must grapple with his mother’s (Betsy Brandt) depression but finds an unexpected ally in Victor’s little sister, Pilar (Isabella Ferreira); Mia’s dad (Mekhi Phifer) and soon-to-be stepmom (Sophia Bush) are expecting a baby, among other major life changes, while she’s still dealing with her feelings for Andrew (Mason Gooding); and Benji’s parents (Kevin Rahm and Embeth Davidtz) reveal a big secret.

(Andrew’s parents have yet to be introduced in the series, but Gooding has an idea of who to cast as his father: His own father, Cuba Gooding Jr. “I’ll write him a handwritten letter and see if that appeals to his better nature,” he jokes.)

Then there’s the Victor’s parents, Isabel (Ana Ortiz) and Armando (James Martinez), and the season 1 cliffhanger of Victor telling his mom and dad that he’s gay. Their reaction will not be summed up in a single speech, like in Love, Simon, but unfold over the course of the season, exploring what having a LGBTQ+ child means for conservative Catholic, Latin parents.

“It’s really important. I think this show tackles these issues in a way where it’s easily digestible for people of all ages,” Cimino says. “And I think it depicts it in a natural way, in a way where parents who are struggling won’t feel like, ‘Oh, I’m being punished for watching us.’ It’s like, ‘OK, I feel accepted because other parents go through the same experience, and now I know how to be a better parent because of it.'”

Lest this all sounds heavy, there’s plenty of fun to be had in season 2, too: Big romantic gestures and new love triangles, karaoke duets and perhaps the sweetest reference to breakfast foods in television history. Oh, and then the sex.

“I was just like, ‘Yes, of course. This is what I want from season two,'” Wood says. “I am a huge fan of how sex is tackled in general this season. I think these things should be talked about more, because why is it taboo? And I think it’s really awesome that we see so many young people having really honest conversations about sex.”

“Isn’t it so funny that when people talk about that jump from Disney+ to Hulu and the maturity aspect, that there’s, like, a list that Hulu has. It’s like, ‘Well, we gotta get sex. We gotta get teen drinking,” Gooding laughs. “Really, Hulu just allows the creatives to flex their muscles and find their comfort zone in the more mature elements, because they themselves know what they’re talking about!”