The second half of Lucifer’s fifth season is still in the midst of a delayed release thanks to coronavirus complications. Hopefully, eight new episodes of Netflix’s popular urban fantasy are just round the corner, and the show’s writers have been teasing the upcoming midseason premiere on Twitter.

‘Lucifans’ have been trying to guess what a new tweet from Lucifer’s official Twitter page could mean for the second half of season five.

After abandoning his new home on Earth to return to his throne in the underworld, Lucifer Morningstar (played by Tom Ellis) rose from Hell once again in season five.

Unfortunately, paying a visit to his true love Chloe Decker (Lauren German) soon took a turn for the weird when he ran into his malicious twin brother, Michael.

Series lead Tom Ellis took on an impressive dual role in the new instalment, which saw the celestial siblings go head-to-head in the devil’s biggest challenge yet. 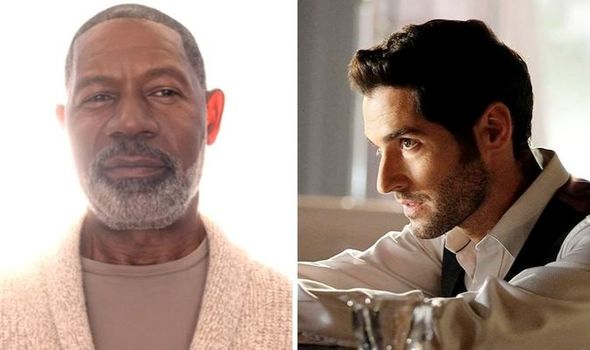 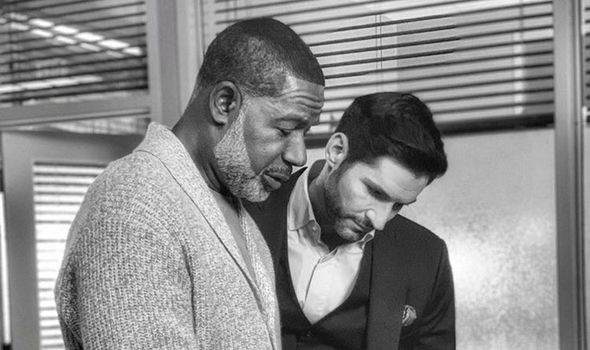 However, when the series returns, an even greater task awaits the fallen angel; reconciling with his newly arrived father, God (Dennis Haysbert).

The almighty himself made his grand entrance in the gripping midseason finale, setting the stage for an epic family reunion in the next eight episodes of season five.

Despite never making an appearance before now, God’s presence has hung over the prior seasons, with both Lucifer and his brother Amenadiel (D. B. Woodside) struggling to deal with his mixed messages and cryptic tasks.

Now the ruler of creation has made his debut, fans are anticipating some difficult conversations will be had between Luci and his estranged Dad. 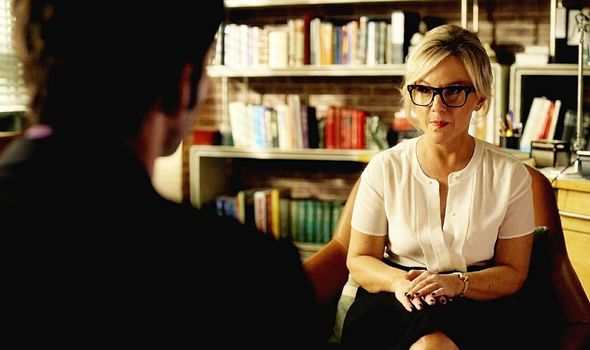 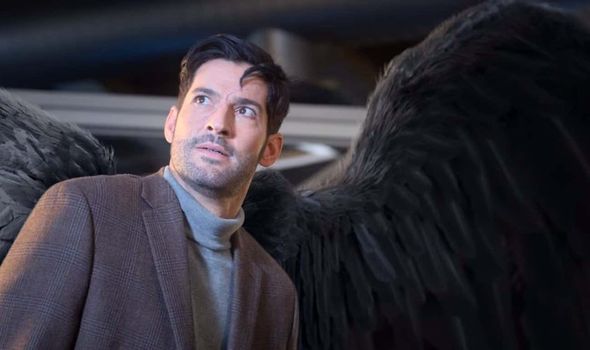 A recent clue from the show’s official Twitter page has tipped fans off to an exciting development in season five, part two.

They posted: “No news on 5B but the real news we’ll let you in on is that * and ** are heading to therapy.”

First of all, the cryptic tweet may have disappointed some viewers who were hoping for an update on episodes 9-16’s release date before the end of the year.

On the upside, the news that two characters with three letters and four letters in their names will be booking a session with Luci’s therapist Linda Martin (Rachael Harris) is enough to keep the rumour mill turning until the show’s probable 2021 return.

With Lucifer’s father expected to have a pivotal role in the next season, most fans agreed that the tweet is referring to God and Luci, the show’s pet name for the handsome devil.

Although others have suggested Dan (Kevin Alejandro) or Ella (Aimee Garcia) could also be in need of Linda’s expertise, most theories concurred that the next season will feature some intense family therapy.

One fan commented: “God and Luci are heading to therapy, I mean those two have a lot to talk about, like a lot.”

God hasn’t answered Lucifer’s prayers since he abandoned his throne to take an extended vacation amongst the mortals.

Plus, the creator of the universe is probably still resentful of his son’s war against heaven, not to mention the fact he banished his wife Goddess (Tricia Helfer) a couple of seasons earlier.

Another fan wrote: “I want God on that couch badly. So, God and Ella or God and Luci.”

So far, poor Linda has had all sorts of celestials spill their heavenly dilemmas in her office, so it will be intriguing to see how she handles therapizing her literal creator.

Lucifer Season 5, Part 1 is available to stream on Netflix.

This article contains affiliate links, we may receive a commission on any sales we generate from it. Learn more