The 21-year-old admitted "it's gonna get a lot crazier" as she's expecting her second child. 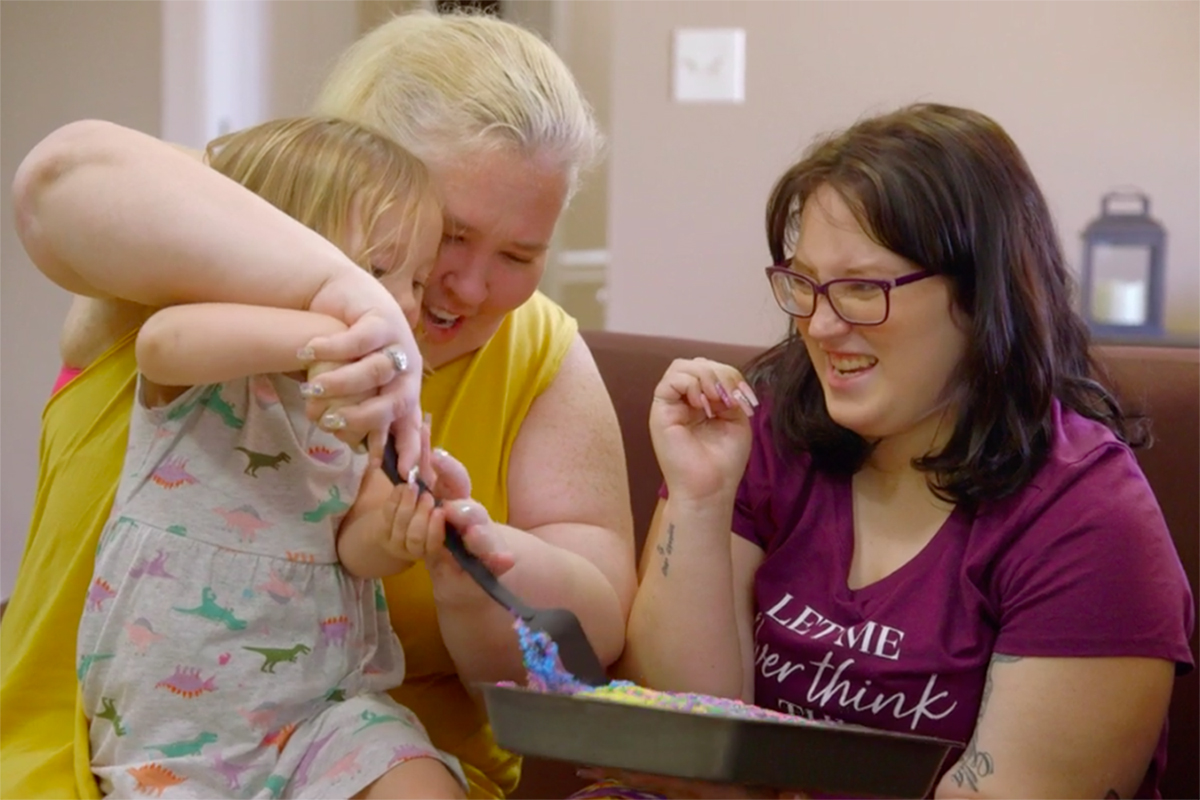 During Friday's episode of Mama June: Road to Redemption, Pumpkin learned the gender of her new baby with husband Josh Efird.

While attending a doctor's appointment, June's daughter was surprised to learn that she's was expecting a boy.

Josh was unable to attend the appointment, so Pumpkin took it upon herself to plan a gender reveal with the help and their three-year-old daughter Ella.

Pumpkin gathered her family- including June, her boyfriend Geno Doak and Alana- as they cut into a cake to learn the baby's gender.

After the family noticed that the cake was colored blue, Alana expressed her shock as she realized Pumpkin is expecting a boy.

June was also surprised by the gender reveal, as she noted that most of the women in their family have only had daughters.

In a confessional, Pumpkin admitted that she's excited to give Ella a sibling, though admitted things will "get a lot crazier" with another boy in their house.

Pumpkin first announced her pregnancy in an interview with PEOPLE magazine, while she later confirmed the news on Instagram.

The mother-to-be posted a series of pics including her ultrasounds photos and four positive at-home pregnancy tests.

She wrote: "Well the secret is out for everyone to know now!! Baby Efird #2 coming 2021. After almost 3 years we are finally having another blessing and couldn't be happier. @official_josh_efird."

Earlier this week, Pumpkin- whose real name is Lauryn Shannon- showed off baby bump in bra and underwear in an Instagram post.

The reality star captioned the photo: "My body has given me the greatest gift of life."