'Married at First Sight': Pastor Cal Says Some People 'Are Dishonest Throughout the Process' Amid Alyssa-Chris Disaster

Pastor Cal Roberson is finally speaking up about Married at First Sight Season 14’s most uncomfortable match: Alyssa and Chris.

The Boston couple didn’t hit it off from the start, with Alyssa refusing to share a hotel room with her new husband on their wedding night. The situation didn’t get any better during their honeymoon in Puerto Rico, when she told the show’s producers that she hated the man she married. Now, the pair has returned home, and in the Feb. 16 episode of the Lifetime reality series, they sit down with one of the show’s experts to hash out their issues.

Chris says ‘this is my Decision Day’ in the Feb. 16 episode of ‘Married at First Sight’

In a preview (via Twitter) for the next episode of Married at First Sight, Chris and Alyssa sit down for an intervention with Roberson.

“Alyssa, from the wedding night, has no interest in being married to me,” Chris says. “She says that we’re not compatible. She’s used the phrase robbed … And it started the night of the wedding.”

Alyssa – who says she’s “a good person” – admits she was not physically attracted to Chris. Once she saw who the experts had matched her with, she questioned her decision to go on the show.

“When I first saw him I was like, OK, I don’t think that that’s, like, my physical type,” she says. “And I think that was, like, when I first started to be like, ‘Oh my God. What did I get myself into?’”

In the previous episode, Alyssa said she wanted to move into the apartment in Boston, but without Chris. She told producers he was a “f***ing *sshole” who was trying to make her look bad. At the same time, she’s said she wants the Married at First Sight “experience,” even though she seems completely checked out of her marriage.

Chris is over it.

“I think there are a lot of reasons to still be here, but I don’t think that marriage is the one that you’re here for,” Chris says in the teaser.

“For me, this is my Decision Day,” Chris tells Pastor Cal.

On social media, many Married at First Sight fans have defended Chris while criticizing Alyssa’s bad attitude. They’ve also wondered what the experts were thinking when they matched the pair. Some have even accused the show’s producers of putting the two together solely to generate drama.

On Instagram, Roberson shared the clip of him sitting down with Chris and Alyssa. He also weighed in on the controversy.

Roberson went on to say that some people aren’t completely candid during the show’s casting process.

“Unfortunately, some people think they know what they want but really don’t,” he wrote. “And then there are others who are dishonest throughout the process. We may not always be able to tell the difference between the two but in the end, the truth always prevails.”

The show’s viewers think the experts should have intervened earlier 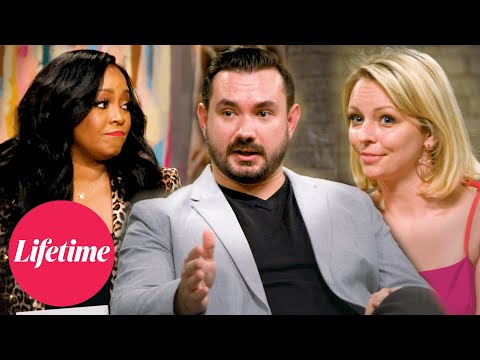 While Married at First Sight viewers were glad that Alyssa’s behavior was going to be addressed, a number felt that the experts should have stepped in earlier.

“I just want to know why it took so long for them to intervene,” one person commented on Instagram. “Because at that point she had been crystal clear that she was not interested in Chris and she wanted to stay for her ‘friends and the experience.’”

“They needed an intervention before going on the honeymoon,” wrote another. “It’s been a series of cringeworthy and hard-to-watch scenes since the wedding day.”