When will Meghan Markle and Prince Harry’s Oprah interview air?

CBS has confirmed it will be airing the Meghan Markle and Prince Harry interview on Sunday, March 7 at 8pm ET/PT.

The interview was originally going to be only 90 minutes long but has now been extended to two hours.

In a first-look clip, the Duke and Duchess of Sussex chat to legendary talkshow host Oprah Winfrey at their Monecito home in America.

However, there’s no word yet on when the interview will be airing in the UK but Express.co.uk will update this article

A preview clip shows Prince Harry speaking candidly to Winfrey, saying: “It has been unbelievably tough for the two of us — but at least we had each other.”

He also states he wants to avoid “history repeating itself”, a reference to his mother Princess Diana’s treatment at the hands of the media.

Another clip sees the Duke telling Winfrey: “You know, for me, I’m just really relieved and happy to be here, sitting, talking to you with my wife by my side. 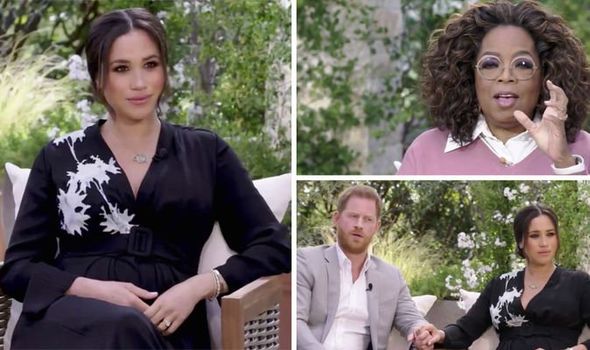 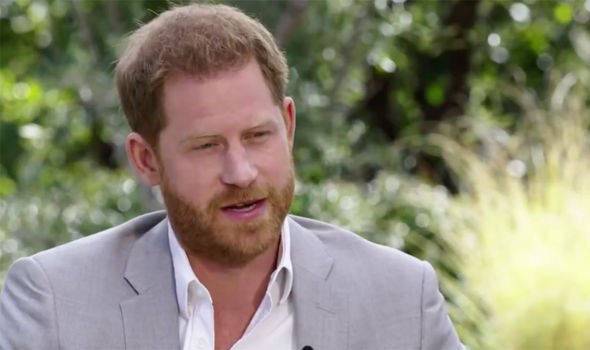 “Because I can’t begin to imagine what it must have been like for her going through this process by herself all those years ago.”

Winfrey also asks the Duchess if she remained silent or whether she was silenced.

Meghan is going to be discussing a myriad of topics with Winfrey including motherhood, marriage and how she found becoming a member of the Royal Family.

She will also open up about the intense press scrutiny surrounding her and Prince Harry. 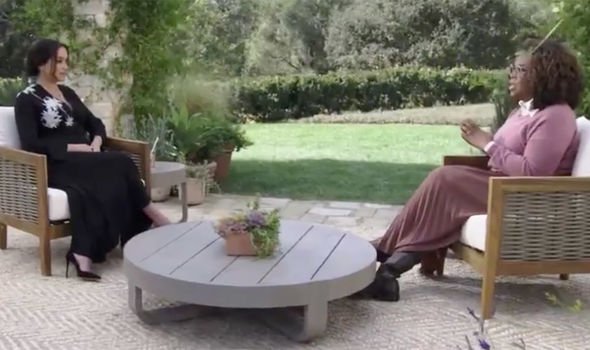 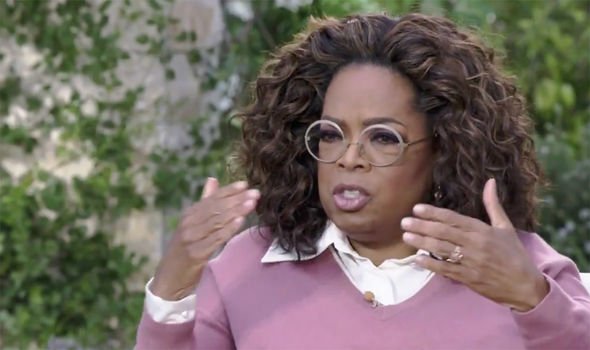 He told his 59,000 followers on the micro-blogging site: “No subject was off limits.

“The world’s first look at Oprah with Meghan and Harry: A CBS Primetime Special.”