Fans of the classic crime drama series Midsomer Murders will be looking forward to watching the latest episode on Sunday. Nick Hendrix plays the smart DS Jamie Winter in the hit ITV drama which is on its twenty-first series, but he has confessed that he often laughs while filming.

“I’ve heard talk that DCI John Barnaby [played by Neil Dudgeon] is accusing me of being a bit of a corpser and giggler on set,” he said.

“And I will say that my giggling, which does happen sometimes, it’s rife, around 4.30/5pm where you start to go a bit strange because you have been filming since 8am.

“I would say that Neil keeps a very straight face but he does it to trap me.”

Protagonist DCI John Barnaby appears alongside Jamie in many scenes, but away from the cameras, it seems the relationship of the two actors is more on the fun side. 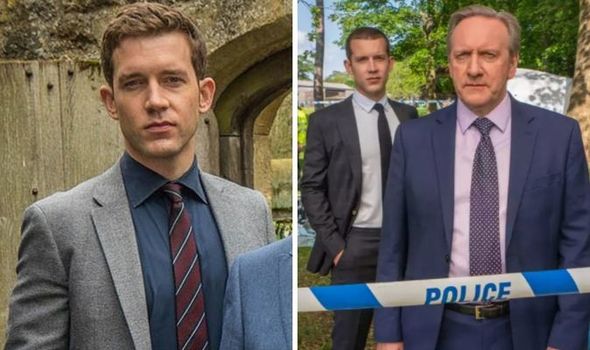 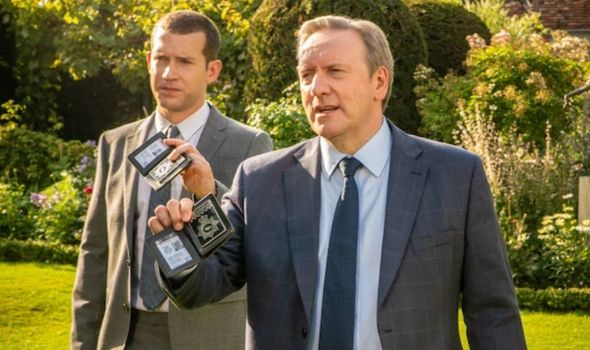 Nick added: “He has a little twinkle in his eye which sets me off and it looks like I’m the one ruining filming, he’s there with a straight face looking like a professional but actually he started it.

“But once I’ve started laughing, he then starts and he is a runaway train, getting him back to the station is very difficult.”

Fans of the show have been delighted to watch the new series, which started just last week.

One viewer recently tweeted: “Words cannot express how much I unironically love #MidsomerMurders. It might not be cool or gritty, but it always looks beautiful, has a guest cast that even GOT would die for and has wonderfully dry sense of humour.” 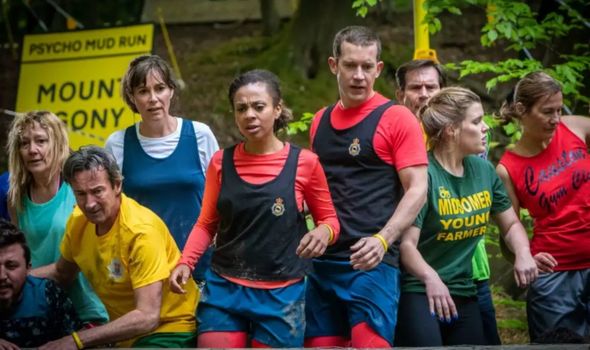 This Morning: Holly is offered a role in Midsomer Murders

Another posted to say: “Love the programme been watching it since day 1 @FionaDolman @AnnetteBadland1 looking forward to bees and yoga and Griff Sunday i watch all the previous episodes over and over every weekend ! Huge fan of #midsomermurders.”

“Don’t know why everyone is excited about #LineOfDuty when there’s a new #midsomermurders on!” another joked.

The popular series follows John as he tries to solve a number of murders in the picturesque but deadly county of Midsomer.

It seems Nick’s laughing isn’t the only distraction the cast face when filming the show, with Neil recently admitting that the new season’s production was disrupted and the team were forced to halt filming for a very unlikely reason.

“There was a tractor in the next field,” Neil revealed. “Very noisy.”

The actor went on to explain why actors were prepared for lockdown due to the nature of the profession.

Neil pointed out that actors can wait for months at a time between roles and this is similar to what everyone has experienced over the last year.

Discussing the new season’s first episode recently, Neil told ITV how much he loved the storyline. “I felt very much in my element,” he shared.

“The Barnabys practice some yoga at home with Paddy who is better than either of them.

“They had done yoga about nine years ago and I didn’t know anything about it but since then, about two years ago, I took yoga up and so I was very excited to show my stuff,” he continued to Radio Times.

The next episode will see a group of anglers disturbed by hundreds of contestants flocking to the area for a mud run.

But due to the tense atmosphere, one person is fatally injured, and Barnaby is forced to work out who could have been behind the killing.

Midsomer Murders continues to ITV on Sunday at 8pm.