Misbah opens up over vile sex assault ordeal in Hollyoaks 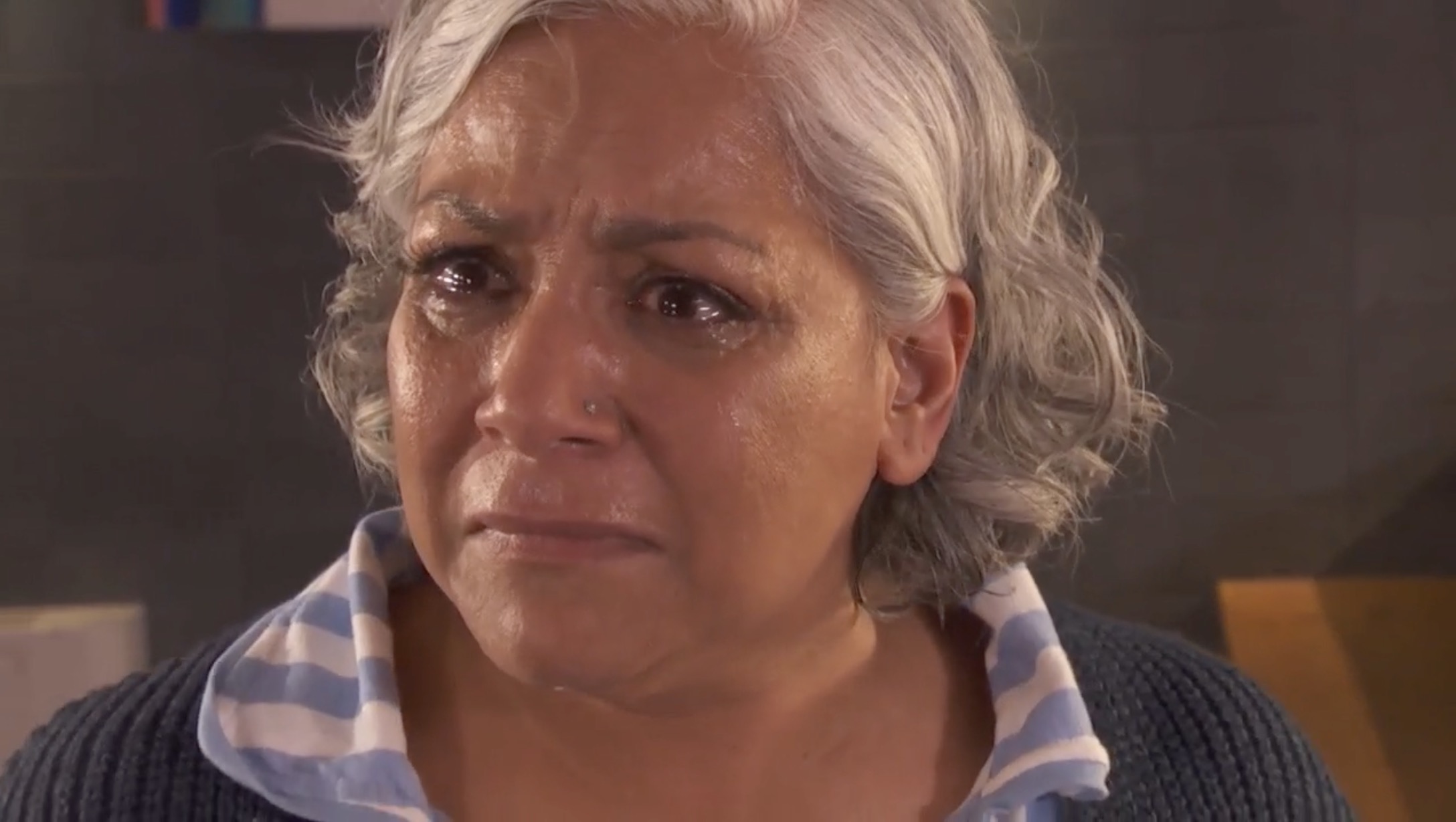 Misbah Maalik (Harvey Virdi) opened up about her past with Ali Shahzad (Raji James), and in emotional Hollyoaks scenes, she revealed that he’d raped her.

The stalwart has been struggling in the wake of Ali’s return to the village, much to the dismay of Shaq Qureshi (Omar Malik), who has been desperate to get to know his long-lost dad.

Ali, meanwhile, has taken great pleasure in making Misbah suffer. Whether it be in furthering his relationship with Shaq, or attempting to get her fired at work, he’s gone out of his way to upset her, and repeatedly exerted his authority.

Shaq, however, hasn’t a clue, and he believes that Misbah is to blame for the rift in the family, unaware of his father’s true nature. As a result, he’s berated Misbah, and even claimed she should put the past behind them.

He even asked her to write the introductory speech for the medical ball, which would see Ali awarded with a research grant.

Misbah initially refused, but seeing how much it meant to Shaq, she ultimately reconsidered.

Writing said speech proved difficult, given the type of man Ali really is, and it brought back upsetting memories for her. What’s more, a showdown with Ali during Tuesday’s (November 2) edition of the serial drama, left her incredibly emotional.

Wednesday’s (November 3) offering of the Channel 4 soap saw the medical ball arrive, and Misbah – plagued with upsetting memories of a traumatic evening – took to the stage.

With emotions running high, she soon went off script and yelled at Ali, much to the shock of everyone in attendance.

Meanwhile, an altercation had ensued between Sami (Rishi Nair) and Shaq over the latter’s disturbing behaviour towards Verity Hutchinson (Eva O’Hara) on the previous evening, and the siblings continued to have it out with one another back at the Maalik household.

Yazz, however, could see that Misbah wasn’t quite herself, and – worried about her mum – she proceeded to quiz her.

Misbah reluctantly recounted the events of the night Shaq was conceived, but it soon became apparent that there was more to what happened.

Desperate to help her mum, Yazz asked if the sex was consensual, leaving Shaq, Sami and Imran (Ijaz Rana) shocked by her line of questioning.

Misbah was appalled at her daughter’s query, and at first did not respond directly to the question. Yazz therefore asked it again – prompting Misbah to break down in tears. Soon enough, all was clear.

With tears streaming down his face, Shaq set off to get his hands on rapist Ali, and threatened to attack him if he failed to reveal the truth.

Misbah, meanwhile, told Yazz that Ali knew she did not want to have sex with him, and in saying it aloud, the realisation dawned on her.

Will Ali pay for what he’s done? Scenes next week will see Misbah contemplating reporting him to the police. Ali, however, will go out of his way to stop her.