Netflix subscribers are waiting with bated breath to discover if the Professor and his team will escape scot free, or if the latest Money Heist will blow up in his face. As the hiatus continues, a major star of the series has taken to Instagram with a potentially revealing behind-the-scenes snap.

The Professor (played by Álvaro Morte) and his team found themselves trapped in a corner by the end of Money Heist’s latest exhilarating season.

With the gang of robbers declaring war after the death of Nairobi (Alba Flores), the Professor’s safety was compromised when his hideout was infiltrated by Alicia Sierra (Najwa Nimri).

Now held at gunpoint by the renegade former police inspector, the criminal mastermind will have to use all the cunning at his disposal to pull off the heist of the century.

After their first hit on the Royal Mint of Spain, the Professor’s plucky team of criminals received media attention on a global scale, with thousands starting to sympathise with their cause. 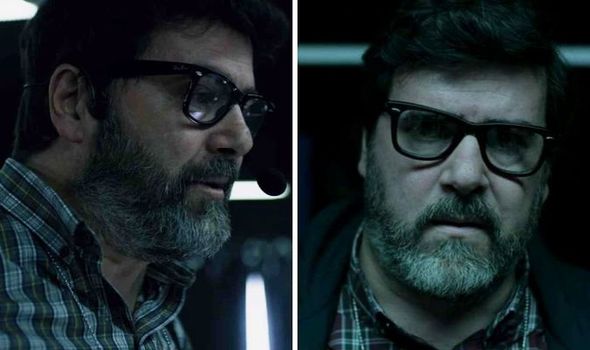 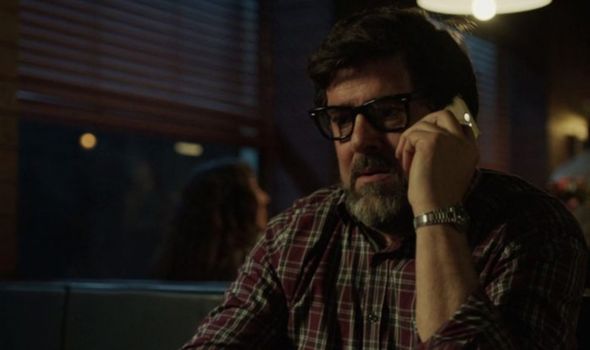 As the plan unfolded, the Professor has even scored assistance from inside the Spanish police.

Not only has ex-Inspector Raquel Murillo (Itziar Ituño) joined the team, the band of robbers are also being fed information by police officer Benito Antoñanzas (Antonio Romero).

Recognising the corruption and dirty tactics of his fellow officers, Antoñanzas warned the Professor of the police’s plans to attack the Bank of Spain.

However, with the team once again surrounded on all sides and the Professor in peril, he may need to call in some more favours from an unexpected source. 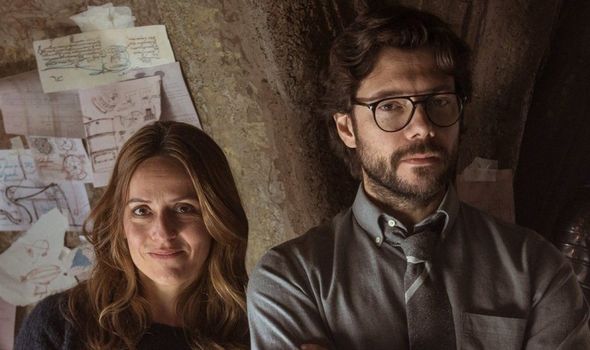 A recent post from Money Heist co-star Fernando Soto could indicate the police have a second mole in their midst.

Soto is known for portraying Ángel Rubio, the former partner of Raquel during the gang’s first hit on the Royal Mint.

Although he was accused of being a mole for the criminals back in the first season, Ángel eventually earned back the trust of his colleagues and continued to work for the police.

But, were Raquel’s initial instincts correct, or could Ángel have switched sides when the Professor returned with another elaborate scheme?

Ángel star Soto may have answered fans’ questions in his latest Instagram post, which features him alongside Antoñanzas co-star Antonio Romero.

Plot details are being kept tightly under wraps, but Soto’s Instagram post seems to reveal Antoñanzas and Ángel will be working together in some capacity when Money Heist returns.

Over on Reddit, fans agreed the star’s cryptic post implied Ángel could be helping the Professor and his team escape in the fifth and final season.

One fan mused: “I wonder… if Ángel was a mole, would he have done it because he was still in love with Raquel…?”

Ángel was revealed to be married, but still harboured strong feelings for his partner.

Now he knows Raquel is in the thick of the action, could he form an alliance with Antoñanzas to feed the Professor crucial information and get her out of the Bank alive?

Money Heist season 4 is available to stream on Netflix.