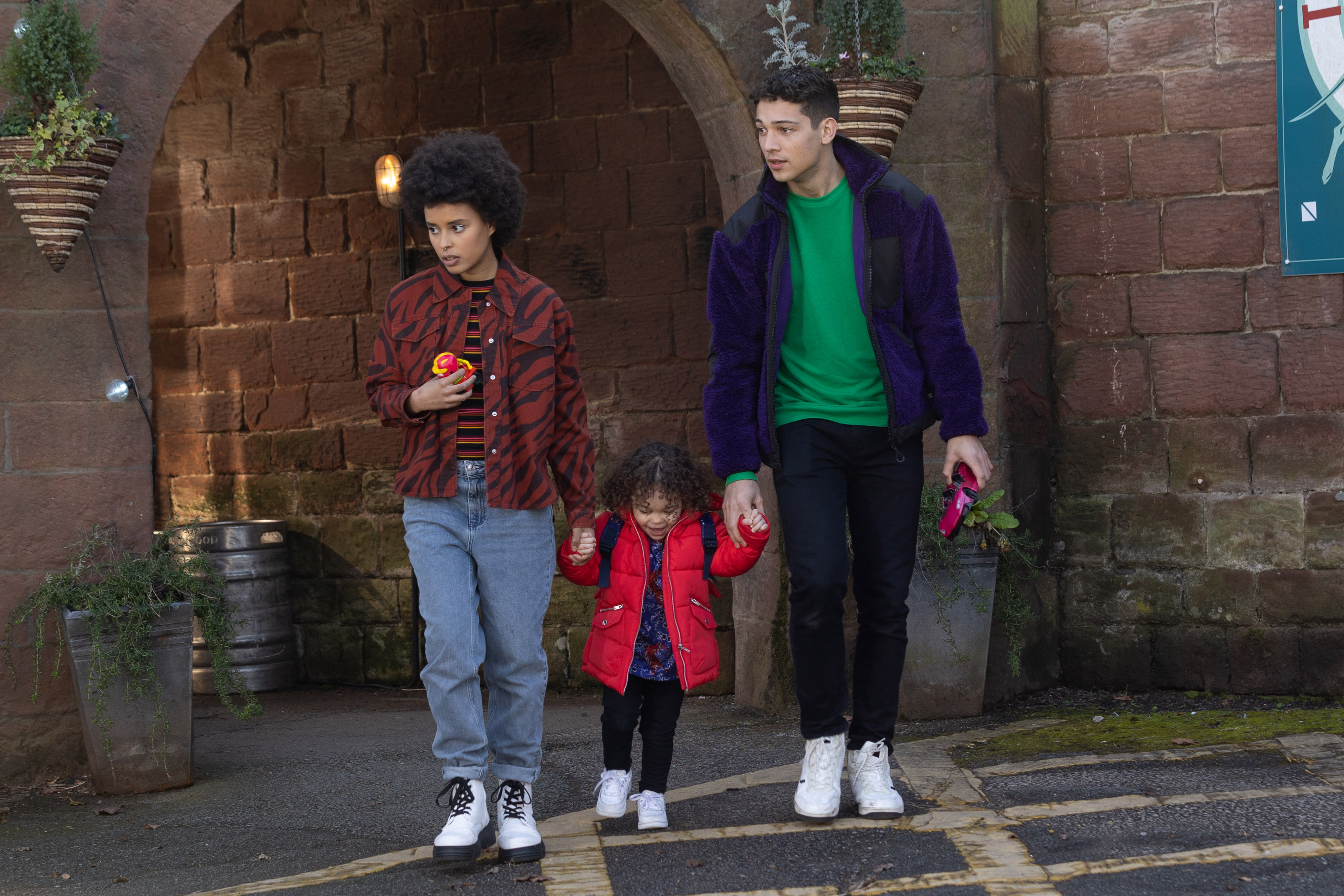 Ollie Morgan (Gabriel Clark) and Brooke Hathaway (Tylan Grant) come face-to-face with two-year-old son Thierry in Hollyoaks next week, for the first time since they put him up for adoption.

Brooke, as viewers will recall, gave birth to Thierry over two years ago. Ollie was keen to keep the baby. Brooke, however, wanted to put the child up for adoption, and after giving it some thought, Ollie agreed that it was for the best.

Mal (David Grant) and Zoe (Cary Grant) adopted Thierry in subsequent scenes. Ollie made his son a memory book, but he later discovered that it had been left behind at the hospital.

Thierry received a mention in recent scenes, as Luke (Gary Lucy), who is suffering from dementia, wanted to know if his grandson was coming to his wedding.

Ollie has been unable to stop thinking about his son since, and later this week, Cindy Cunnigham (Stephanie Waring) makes an interesting discovery on his laptop, which she uses in a bid to try and help Zara (Kelly Condron) with her campaign.

Ollie, meanwhile, makes plans of his own, and it’s soon revealed that he’s asked Thierry’s adoptive patents, Mal and Zoe, if he can have a visit.

Will he get good news?

That would be a ‘yes’, as subsequent scenes see the young man reunite with Thierry.

Ollie’s loved ones implore him to tell Brooke about what he’s up to, but Ollie decides to keep it to himself.

Cindy, however, inadvertently spills the beans to Brooke, who wastes little time in confronting Ollie.

As Brooke does so, they’re faced with Thierry.

Things soon take a turn, as Brooke finds themselves alone with their son, and a misunderstanding results in panic ensuing.

But just what transpires?